Recipe for reciprocity? This rig has a quite minimalist signal path. An R2R DAC with remote-controlled reference voltage drives the speaker amp via 16Ω output impedance, no preamp involved. That amp is a very fast 25/45wpc 8/4Ω class A/B push/pull specimen of just four lateral Exicon Mosfets in its output stage. A Kinki Studio EX-B7 mono amp powers the cardioid dual 15-inch Ripol sub. An 80Hz/4th-order filter divides the signal of this 2.1 arrangement into mirror-imaged hi/lo-pass feeds. Local files on my iMac's FusionDrive stream through Audirvana into a super-cap powered Singxer SU-6 USB bridge to isolate and reclock. Alternate source is a Denafrips Avatar CD transport. A Kinki Studio head amp connects to the DAC's XLR outputs to drive HifiMan Susvara in the listening seat. Resonance control from Artesanía Audio and Hifistay. Furutech NCF noise traps. A smattering of Franck Tchang resonators. The door behind the listening chair remains open to depressurize the room. Shake 'n' stir. That's it. 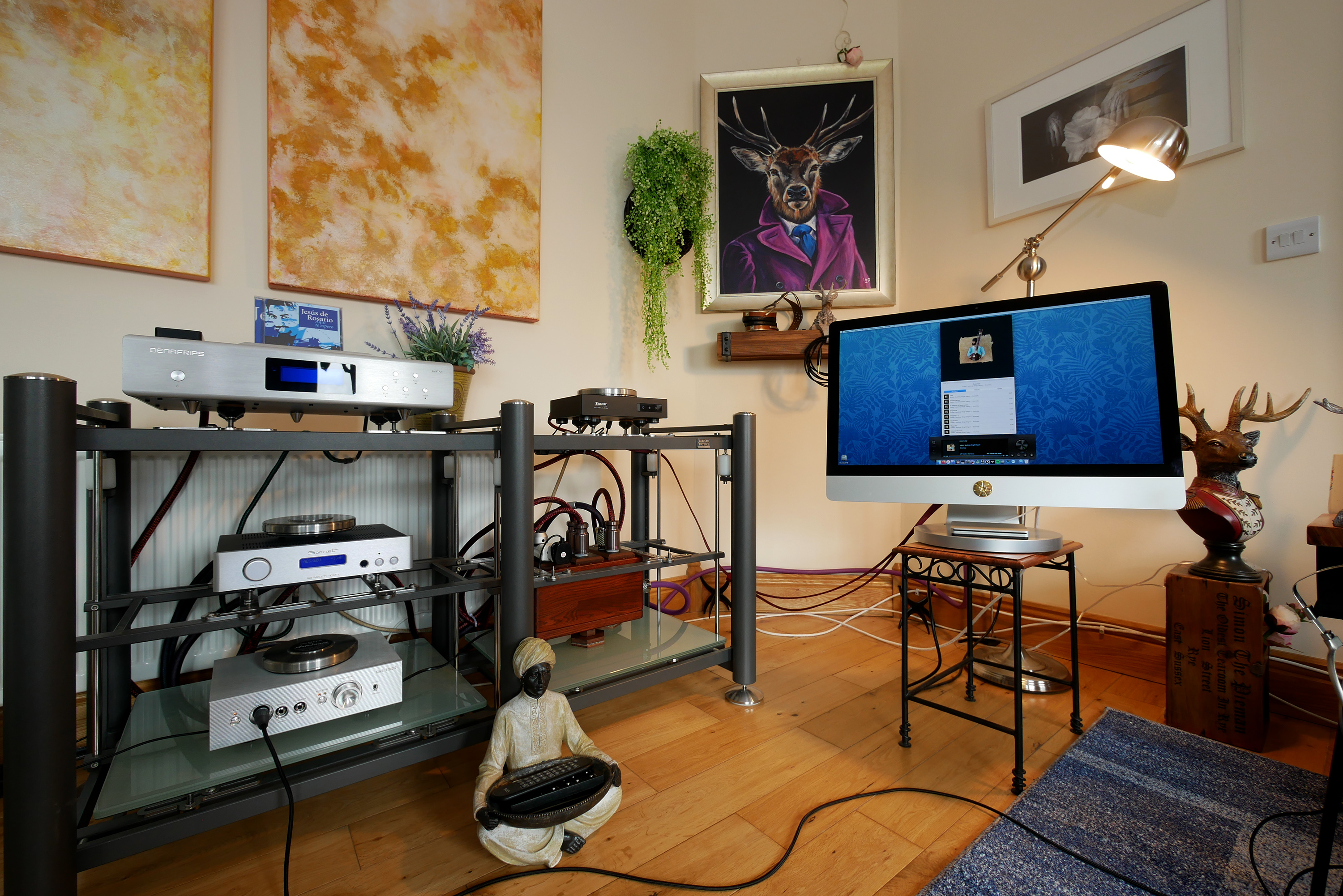 Starting on my geeky left foot, Louis' choice of sockets—and/or how he modifies their spring tension—gripped our Allnic/Furutech chords with far stronger clamping force than the more laissez-fare sockets which Clifford Orman of Vibex had picked many years ago for his then best AC/DC power solution. On physical grip, again the Lithuanian Oak won; like heyday Ahnuld the Austrian Oak. Shifting weight onto my right foot of sonic judgment, the clear superiority from upstairs had turned on its head. Upstairs my source, amp and active sub had all plugged into a shared distributor. Now only the source components could. Speaker and sub amps still ran off their own GTO 2N NCF. So I also moved the Oak onto the amps to learn where it did what.

I've listened to/through this €3'600 Vibex Granada/Alhambra active DC/AC filter for already eight years. Other power cleaners came and went. Nothing toppled them. So their component class vanished from personal concern even fascination. When a job's done to our perfection, we move on not hover about or second guess. As a foundational component, all else I've picked for my hardware since literally built upon it. What does that mean? If you've watched special film features, you've heard production designers explain deliberate choices of overall tone and color palette for costumes, hair, makeup, décor, lighting and lens filters. Our choice of power delivery strikes me as hifi's equivalent. It sets the tone for all else, ideally in subliminal fashion. Our attention is to remain firmly on the main actors. The production designer's work should be purely supportive so not telegraph per se. We're being manipulated to have a certain experience without noticing how. It's far more subtle than heavenly violins announcing a weepy moment. Naturally subsequent changes to supportive tone and color palette invariably reform our perception. The coarsest example is a colorized greyscale classic. The question is, do we now fancy it more or less? If it's a big shift and we've been in a long-settled state, the likelihood is that it'll rub us the wrong way. 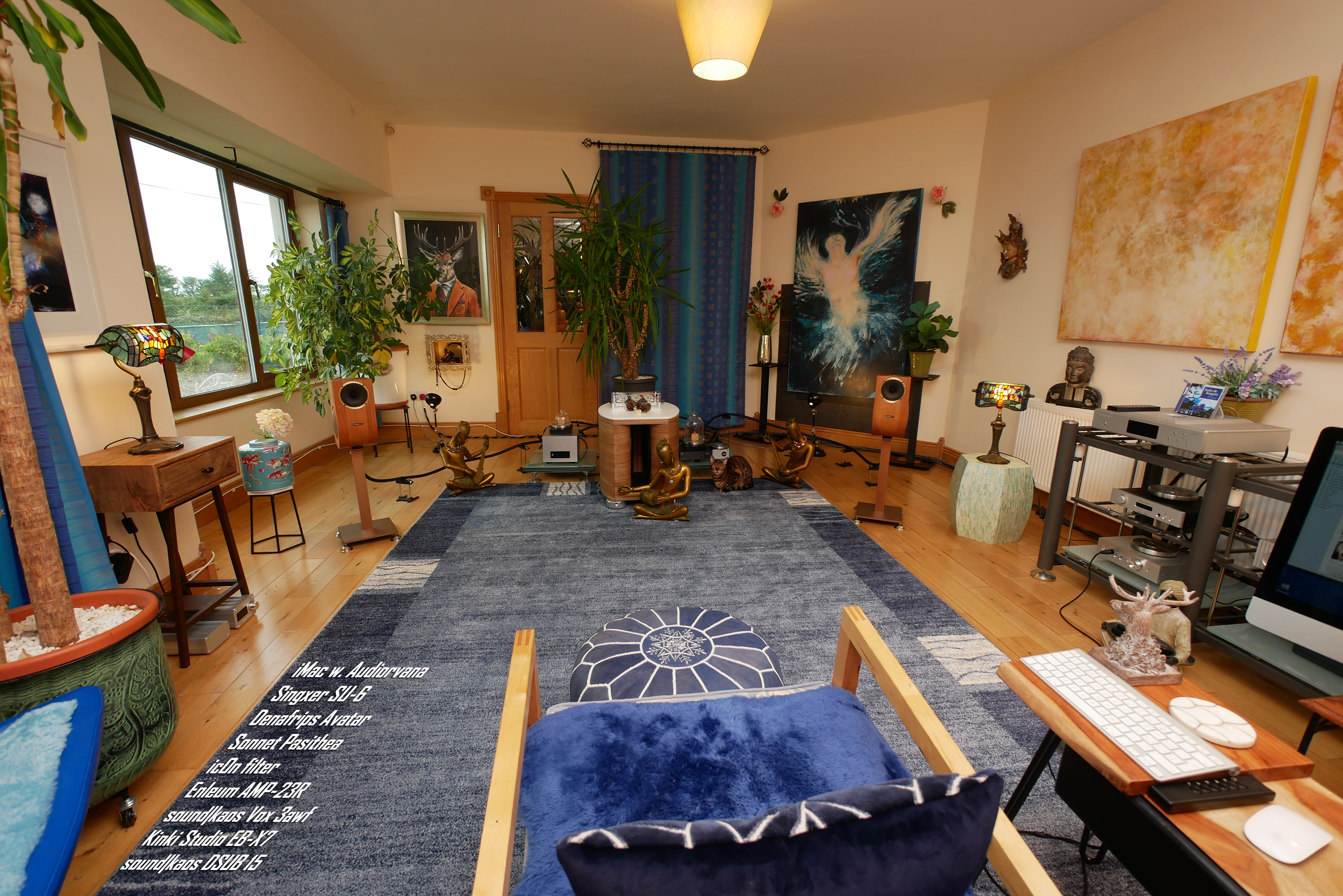 That was my reaction when Vibex became LessLoss. Vital frisson and grit turned to smoothness and chill. This became particularly detrimental during late low-SPL sessions. Gumption corrupted into cushy softness to absorb energetic vigor across the higher midrange. The effect recalled a friend's assessment of certain high-end digital. He called it androgynous like an angel with nothing between its thighs. Now my angelic version padded down the electrified watery twang of Angelo Debarre's guitar guesting on the Aurore Voilqué Trio's bohemian valses. It choked the airy freshness in the vocals of "Juramento" on Josemi Carmona's Vida. Prettiness had usurped vinegar's fat-cutting power. In automotive terms, a hard-cornering compact with sporty road feel had turned waterbed limousine. What worked so well upstairs bedded in feet up on the downstairs pillow.

My earlier recipe of reciprocity had turned to apathy. I found the sound too amorphous and round so not live-wire twitchy enough. Case in point? Though technically a quite poor recording, if this Roberto de Brasov tune—a kind of Carpathian Blues that asks us to confess all to Jesus—doesn't grip me by the shorthairs, something's amiss. See how it talks to you. Without the Vibex, it simply didn't grip me the same. It lacked emotive rawness.