Oakay. The deep-hued Oak box and its somewhat Flintstonian though optional footers hunkered down between my Hifistay racks. Louis' US sockets showed proper sportsmanship by welcoming my AC plugs with the death grip of a professional arm wrestler. Going in took real force. That made for reassuring contact highs. Chuckle dismissively but, wobbly power plugs are prone to micro arcing. And resultant higher contact resistance is anathema to the whole notion of ultra-low impedance on the AC as that which optimizes current flow. As renters we won't upgrade our main junction box or in-wall power distribution wiring. But we can at least control the quality of our AC socketry to not pile on. Now I was in the XX grip business. Audiophile jollification for thinking folks and eternal tenants? In my book, definitely. If you're the sort who despises plastics, a chunky box of real wood adds more merriment and that noble organic touch counteracting hifi's excess metal. Already Feng Shui recommends a harmonious balance rather than preponderance of specific materials. 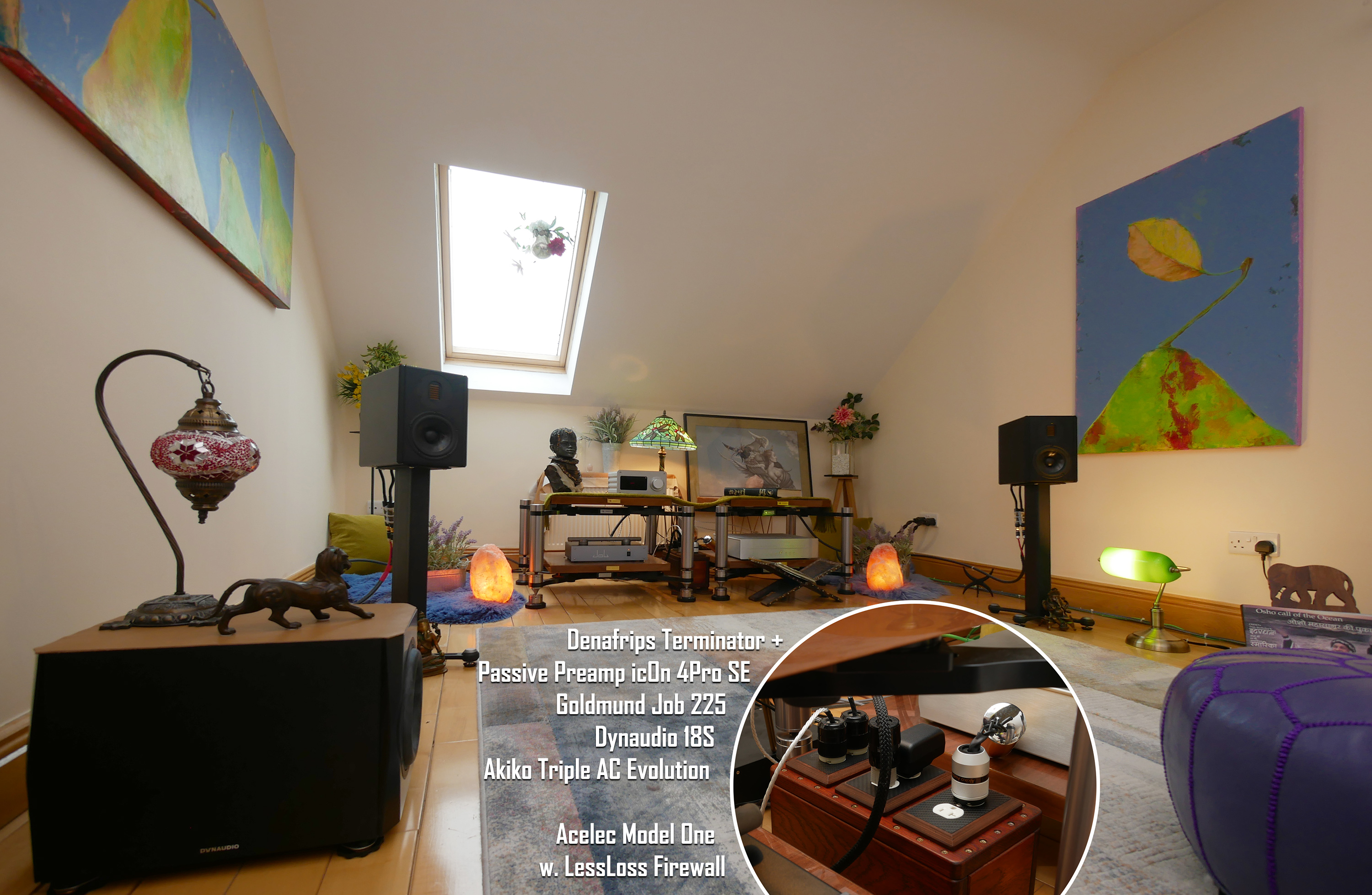 Sonically the noise-cancelling C-Marc hookup wiring, passive inline Firewall noise filter and the firm's accelerated aging process dubbed Entropic all working inside the same box had a definitive effect versus our usual Furutech GTP 2D NCF. In essence the sound got both faster and fuller. Usually one prevents the other. Added weight slows down, being groomed for speed mandates a leaner physique. Here fuller meant deeper color saturation plus the elasticity a honey drop shows as it detaches from a spoon in a slow-motion video. It's denser than water so trails. That visualizes lengthier decays. Meanwhile faster meant upped transient brio. Percussive and staccato elements still peeled out sharply from legato passages. That overwrote my false expectations that this more honeyed viscosity could slow down the lot like wading through water. Incisive sounds seemed to crack and snap harder, indolent sounds definitely were lazier. The upshot was greater textural bandwidth. The end stops of hard and soft had moved farther apart. Along their axis I heard more variety and difference. I thought it a rather mean trick to be had by my own preconceptions. Live another day to err and learn? Quite.

To possibly twitch my own detector of too much with the hindsight of direct contrast, I compared our usual sound|kaos Vox 3 solid Cherry monitors with built-in LessLoss Firewall tech to these rubber-bonded Acelec Model One. A new editorial unpacks more of the consequence. Whilst the Swiss woodies with small AlNiCo widebanders in bronze baskets are groomed for tone like a 6SN7 preamp, my Needle of Overdone didn't redline. True, the LessLoss effect was more beneficial on the compact aluminators whose deliberate damping presents a more opposite gestalt polarity. But I didn't find the interaction with the Vox to really upset my personal sense of balance. That settled, I moved the LessLoss box into the big rig to replace its usual Vibex Granada/Alhambra AC/DC filter. For last words on upstairs, LessLoss vs Furutech passive wasn't about split hairs or spilt milk. The difference was very easy to hear. Though passive, this box plainly does something. In that sense it's decidedly active. 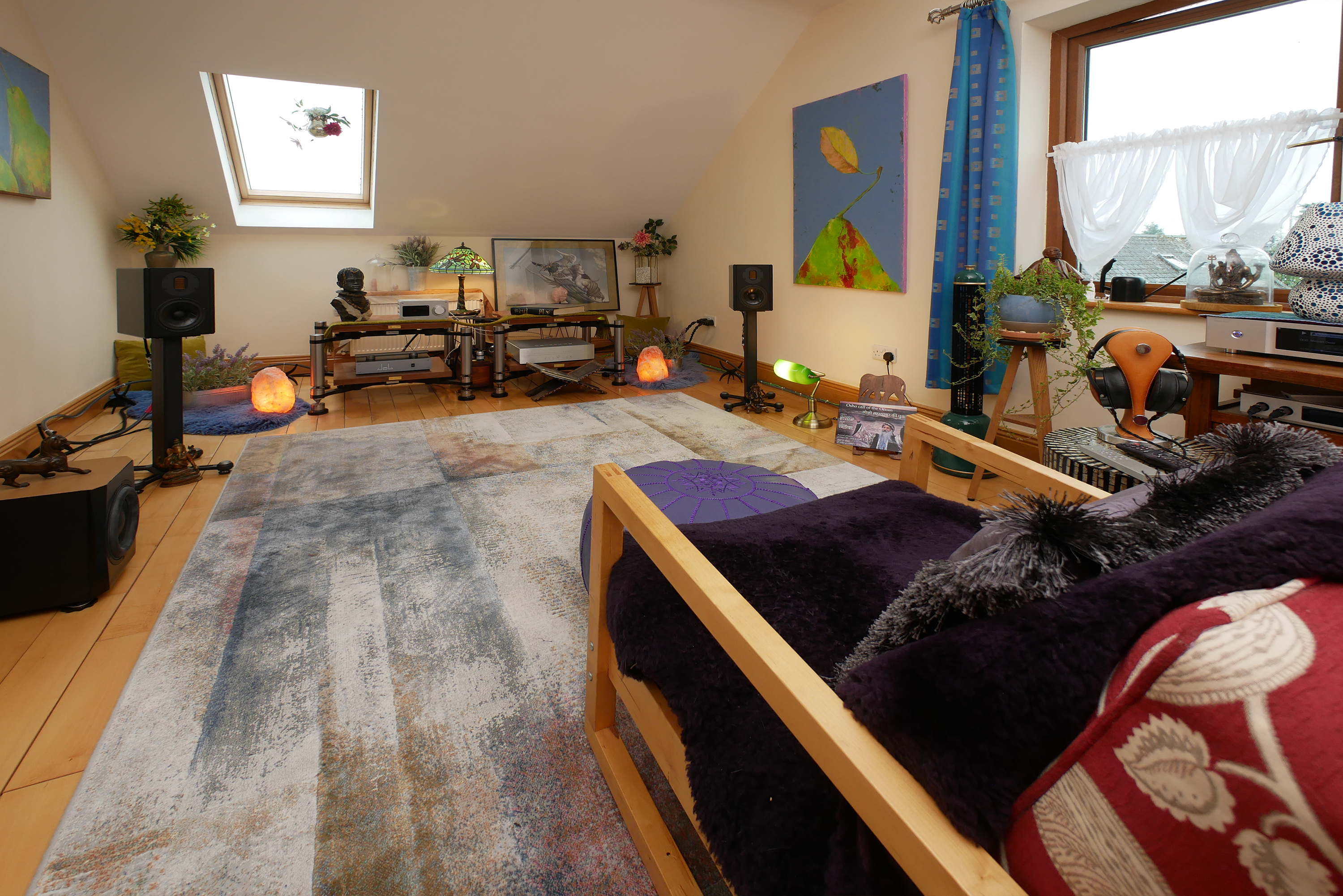