Going sonic involved a TeamViewer session wherein Antoni Bagan installed Roon, then configured my iMac's iTunes library to share over the network to be seen and accessed by Roon. For a total division of labour, I afterwards selected locally hosted albums duplicated in both libraries – the iMac's FusionDrive and SuperKomputer's hard drive. Splitting the iMac screen, Roon routed LampizatOr's own library directly to our Aqua Hifi Formula DAC on the left half; whilst PureMusic fed our iTunes library to first the Soundaware D300Ref on the right half which then fed the DAC via AES/EBU. Toggling converter inputs—for the SuperKomputer, I tried both USB and S/PDIF—made for direct A/Bs and yes, different sonics despite identical D/A conversion. This was a replay of the late compact-disc era when transports and DACs had fully segregated. Then astute listeners had challenged prevailing wisdom. How? They noticing how different transports refused to play by the bits-are-bits book to not sound alike. Since those bygone days, terrabytes of bits have passed under that bridge. Music streamed via USB, Ethernet, WiFi or Bluetooth has all but replaced physical media for the vast majority. With it, USB and RJ45 cables have become audiophile categories. So have USB and Ethernet filters, optimized FPGA code, reclockers, jitter killers and sundry black boxes to improve digital playback in the home. This often ups the box count to silly ends. It's why I recently said no to a review. It would have combined a USB DAC + external word clock + external USB bridge + external shared power supply + umbilicals between the lot. "If these things are so efficacious to be standalone models, why couldn't they all build into your DAC to un-frankenstein my installation?" My contact actually agreed to call it a spaghetti salad; great on the plate, annoying in and behind the hifi rack. 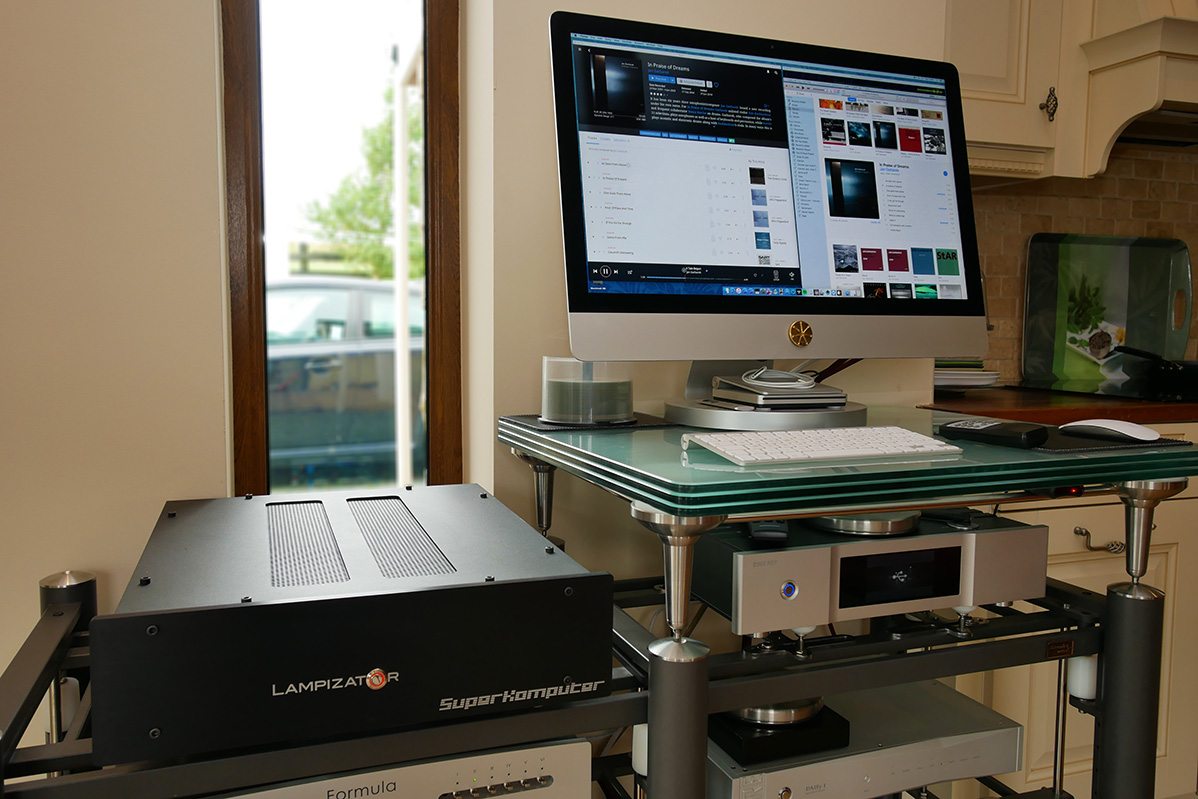 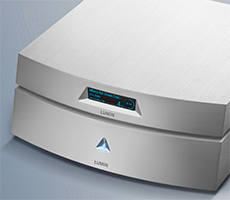 On the rack, the one-box SuperKomputer contained the lot to behave like an oversized computer case laid on one side, taking up enormous depth. Its styling—fat bolt heads, basic panel assembly, beefy silkscreen—was pure utilitarianism. That played Soviet chic to Lumin's curvy X1 seductress milled from solid stock which was simultaneously inbound for review. Of course that polished show from Hong Kong demands twice what the basic blue-collar Pole gets. Not courting a beauty pageant then could be a pervy badge of honour for the performance-first shopper. He might think of an X1 fan as an eye-candy hog with a fat wallet who mindlessly sacrifices onboard storage. A Lumin advocate might turn around and point at their well-regarded app whereas LampizatOr simply ride Roon to not reinvent the wheel. Each machine seems to pursue its own audience with little overlap.

That's because streaming kit like Lumin's works hard to disguise its visual identity as a music-optimized PC. And it wouldn't dream of using a fan, noiseless or not. LampizatOr make no bones about theirs. And they shout SuperKomputer in unmistakably large high-contrast letters. It's honest and unpretentious and built like that proverbial outhouse. Just account for the colossal 41x51cm WxD footprint; and that even a bendy power cord still adds further depth. Hadn't it been for the extra space provided by our narrow window cutout which absorbed the AC cord, I'd have had to pull our Artesania Audio Exoteryc rack away from the wall – a first for a standard component that wasn't a monster power amp.

Digital duels. Putting its best foot forward, our iMac streamed USB to the Soundaware D300Ref. In that mode, that acted not as the even superior SD card transport but as just a reclocker and noise stripper run off its internal virtual-battery supercap power supply. Output was by AES/EBU. On price, iMac + Soundaware = SuperKomputer to be a fair juxtaposition. As its review chronicled, the Soundaware improves the iMac's USB beyond what prior >€10K audiophile servers had managed. Without defaulting to their puny screens or brain-numbing WiFi tablets, it left the huge Retina display and Apple OS in charge of navigation, of Qobuz/Tidal streams and of download acquisitions. With the D300Ref, everything functional I adore about the iMac stays put whilst its PureMusic-managed sonics have improved. That was a personally ideal scenario and why I bought the Soundaware review unit. 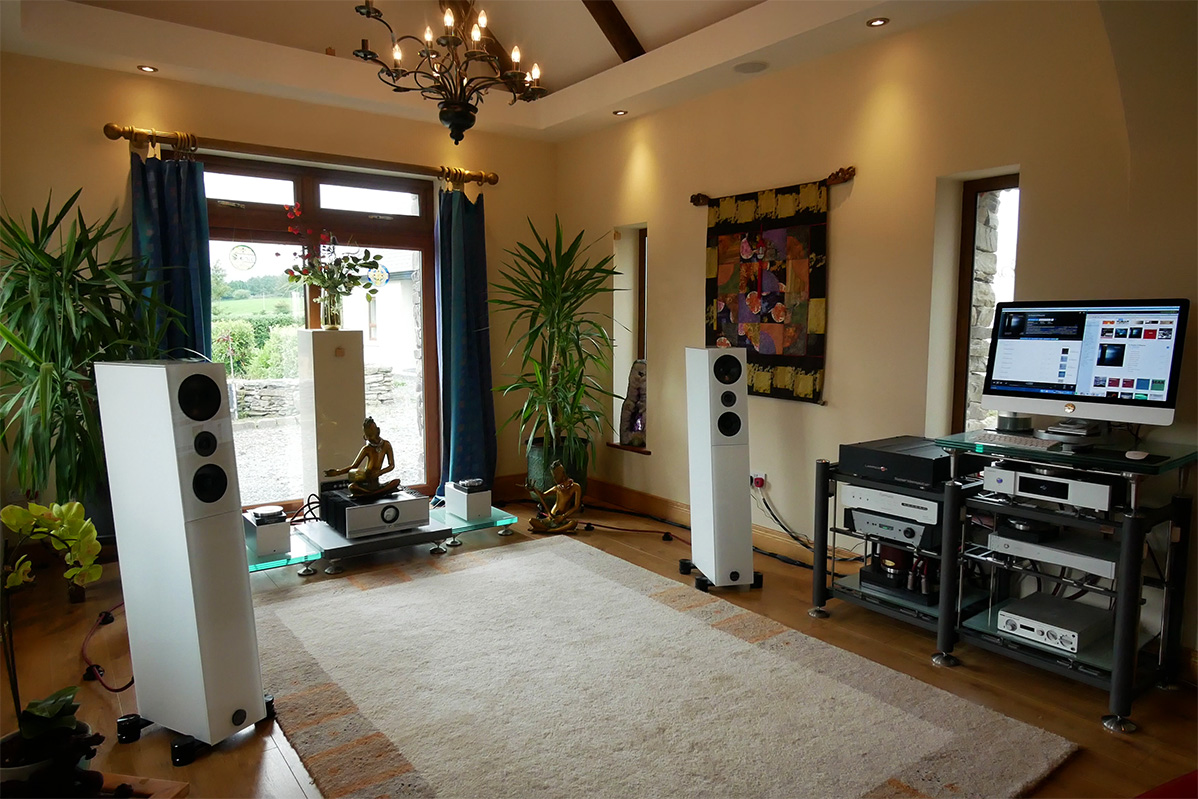 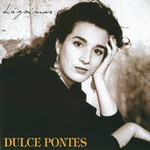 Quoting from its review to cover the bases, "the best performance came from the SD card. Next best was the iMac running through the D300Ref. Last was the iMac straight to DAC. My first test was the title track from the Dulce Pontes album Lagrimas. This Portuguese fado singer has very powerful pipes. Peaks can become challenges. Moving from iMac-direct to iMac-detoured, Soundaware's circuit removed a certain metallic noise from inside her vocals. Pretty soon the most suggestive term for that was rust. Grain or grit too would be applicable but they lack that grungy dirty-yet-sharp connotation. Without taking her foot off the gas as could be cloned with bandwidth-limited valve amps, the singer's throat no longer was lined with those rusty shards like coarse sandpaper. To a lesser extent, I heard the same in the peculiar glassy timbre of the Portuguese guitar. Crossing the USB bridge sounded purer. Some form of low-level noise or dirty dither was extinguished. When I finally switched the Ref from USB to SD card mode, what happened was finer and still harder to describe. Sounds felt freer, more radiant and flowering; a bit how ink blots blossom on wet paper but in 3D. This removal of an embedded restraint or rigidity was certainly subtle but nonetheless real and repeatable. WIthout image enlargement—no melon-sized throats or extension-ladder fret boards—sounds off the SD card seemed more alive and a such, energetically not physically bigger. Contrast ratio too went up a click.

"The next track was by Aytac Do?an from a compilation album. It sports the Taksim Trio's qanun maestro playing an Arabian form of what classical Indian music calls alap. Here it is done against tasteful ambiance and standing synth chords. Now I noted a still greater delta between USB/SD modes. It's why it's always sensible to start out with structurally simplistic music. It focuses down on what surrounds and informs plainness rather than getting overwhelmed by sensory overload of very dense complex arrangements. Once one knows exactly where and how a component's difference plays out, one recognizes it more easily on more difficult fare. By now I suspected that eliminating the iMac altogether must have played to the adage that better than eliminating noise is not causing it in the first place. With the SD card, I heard very subtle mechanical player feedback from Aytac's Turkish lap zither which the iMac feed didn't resolve. As happens with piano recordings which may convey very clear foot pedal action to let you 'see' certain aspects of actually playing the instrument, I now had better insight into how Aytac played his qanun. Having seen him play in a Lake Geneva church, these little things helped to resurrect the vision. Clearly the noise floor for SD was still lower than what the D300Ref could strip off the USB feed. This lower noise increased soundstage depth for more spatial realism. That's about the often quite subliminal contextual data whereby musical sounds reveal their location ambiance. Another aspect of perhaps the same observation involved inkier blacks. They made for higher contrast and image pop against the backdrop's velvet. Also, the window on tone modulation had opened up just a bit more. I heard more of the deliberate changes Aytac makes to the timbre of his lap harp which at times mimics a more twangy Chinese guzheng."