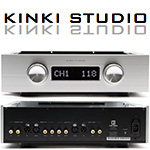 Prepaid deliverance? With the pending commercial release of Leedh's 'super' algorithm for truly lossless digital volume plus advanced upsampling—already incorporated by Soulution—the raison d'être of traditional line stages will come under very serious attack. For the majority of today's listeners who are focused on digital streaming, the need for analog inputs, hence attenuation in the analog domain, is already gone. D/A converters offer all the necessary digital inputs to accommodate multiple sources. With Leedh's code installed in their circuitry or alternately, as a plug-in for software players like J.River, Audirvana et al, the preamplifier we knew will be passé and replaced by digital hubs. And yes, that excludes purist fans of vinyl and reel-to-reel. They oppose the flip-flop notion of first digitizing their signal just so that digital volume may process it as part of the subsequent digital/analog conversion process. They should remain holdouts. 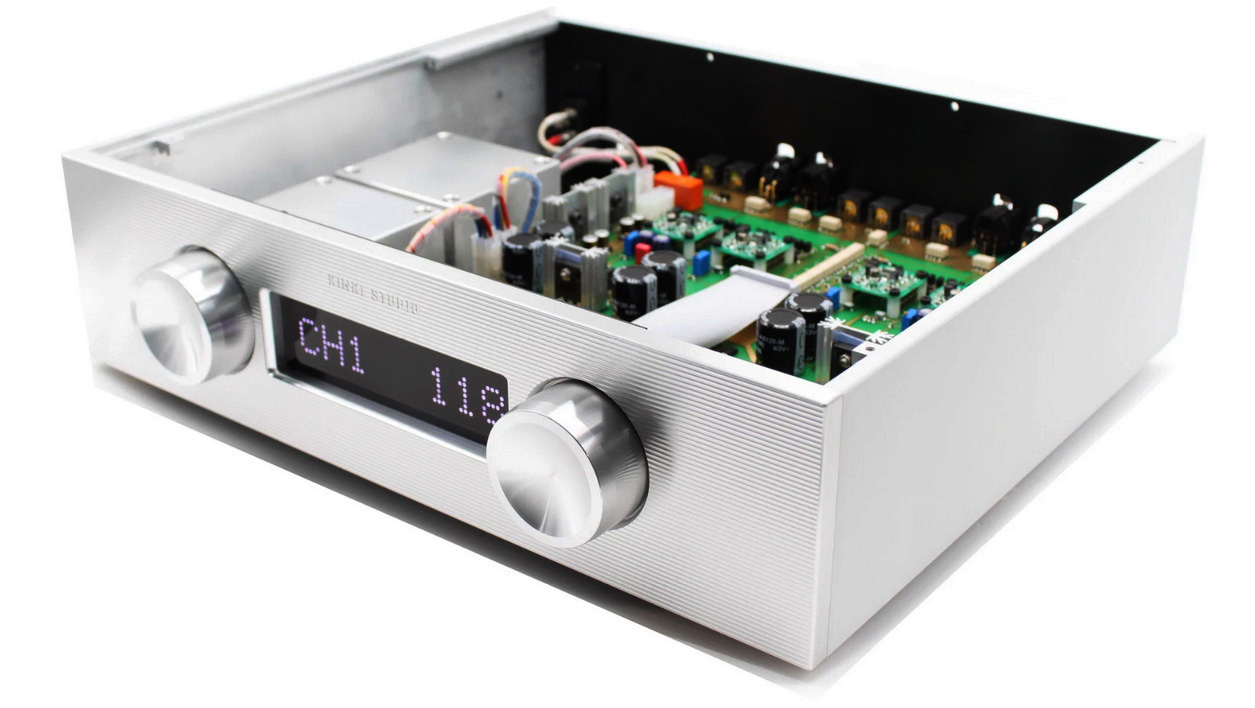 How about listeners with ultra-sensitive speakers like 100dB widebanders or 109dB Avantgarde horns? They live below the first watt most of the time yet modern sources output from 2-6V if not more. Such listeners rely on serious  attenuation. Until now that meant the analog domain because digital volume at such extreme signal cuts was demonstrably lossy. Then there are DACs asked to drive long cables with direct-coupled converter chips or R2R ladders. They often perform better with an intermediary preamp which adds current drive. Finally, most DACs operate more linear at full output than attenuated by 40dB. Until high-rate digital attenuation truly competes with top-quality analog, traditional preamps still have a job. Whilst unemployment may loom on the horizon, it's not today. Today is for Kinki Studio's EX-P7 line stage, a class A fully discrete pure analogue affair from China with a precision resistor-ladder volume control over 256 x 0.25dB steps.

Delivered together with the matching EX-B7 monaural power amplifiers, those would obviously make an appearance. Ditto for the EX-P7 in their feature review. But first, a cursory overview of the hardware. Like other Kinki gear we already covered, this balanced preamp runs PCB with 0.2µm gold-plated traces. The dual-mono power supply assigns a UK-sourced Amplimo toroidal power transformer to each channel. Those are ensconced in thick aluminium housings. ±1dB bandwidth is 0-150kHz, S/NR and channel separation >90dB, THD+N 0.003%. Input impedance is 50kΩ, output impedance 75Ω. Input sensitivity is from 2.25 to 3.6Vrms. Socketry is mirrored as 2 x RCA/1 x XLR in/out each. It all fits into a stout 43 x 12.5 x 37cm WxHxD silver chassis of 13kg. It's fronted by Kinki's trademark striped/rippled fascia with two enormous control knobs with concave profiles flanking an oversized white-on-black display.

On cosmetics, Kinki play it Scandinavian cool. On origin, "we come from China" is the proud declaration on the rear panel. On build, they go thick aluminium panels and quality parts. On price, they exploit Asian manufacture with quasi factory-direct sales compliments of Singapore-based Alvin Chee of Vinshine Audio who handles all communications and sales – worldwide. It's the only way such a machine can be yours for <€1'500. That's less than many a designer power cord. It's friendly enough that even were the Leedh code to fulfill on its promise and become easily available—the former won't matter without the latter—a current investment in the EX-P7 can still be in the cards. Whether it's an ace we'll learn soon enough. Resident challengers would be the Wyred4Sound STP-SE Stage II for transistors; and Nagra's Classic Preamp for tubes.