Head or tails? It could be a gamble or someone who knows not what to make of it. Standing in for either and a gamble of telling no difference was a ~€1'500 Denafrips Gaia. As a DDC, it differs from the reclocker/regenerator Phoenix type. Potentially unfair advantages to be pressed—what else are they there for?—were Gaia's 45.158 and 49.152MHz clock inputs. Those may sync to the big TXCO clocks of the Denafrips Terminator Plus which are fed from their own discrete linear power supply. Voilà, error-forward correction with S/PDIF reclocking over matching I²S-via-HDMI interface. Unlike 10MHz master clocks, Denafrips chose integer multiples of 44.1/48kHz to need no PLL to synthesize the actual audio sample rates. Our Soundaware D100Pro and D300Ref USB bridges too can clock-sync to the T+. I'd done all that. I knew just how effective it is. Finally, the Gaia and T+ USB transceivers run on custom code written to STM32F446 MCU. They aren't generic XMOS/Amanero chips. Hence this hardware context might have been unusually stacked against the functionally far plainer Phoenix. If so, it was a snap-shot effect of endlessly revolving reviewer doors. Things come and go as they please to make for many an unplanned encounter. 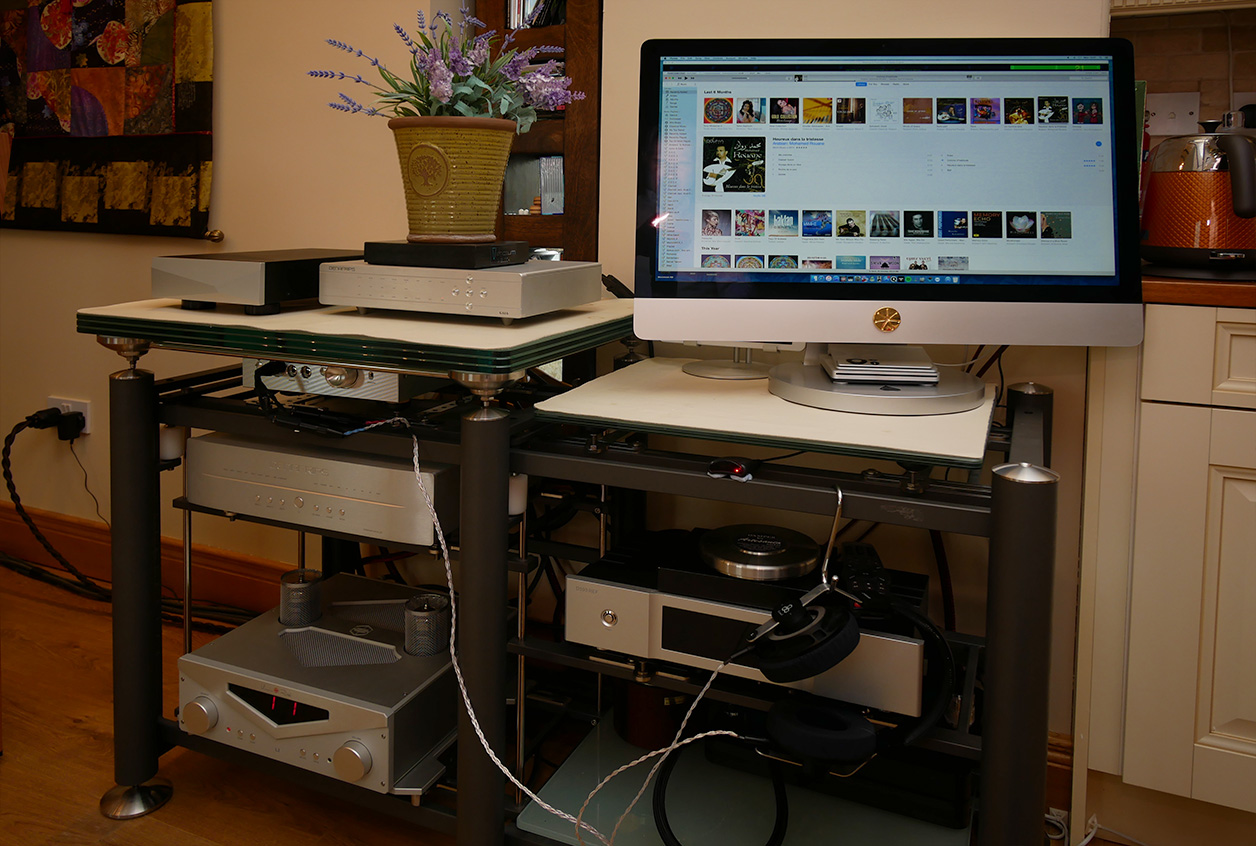 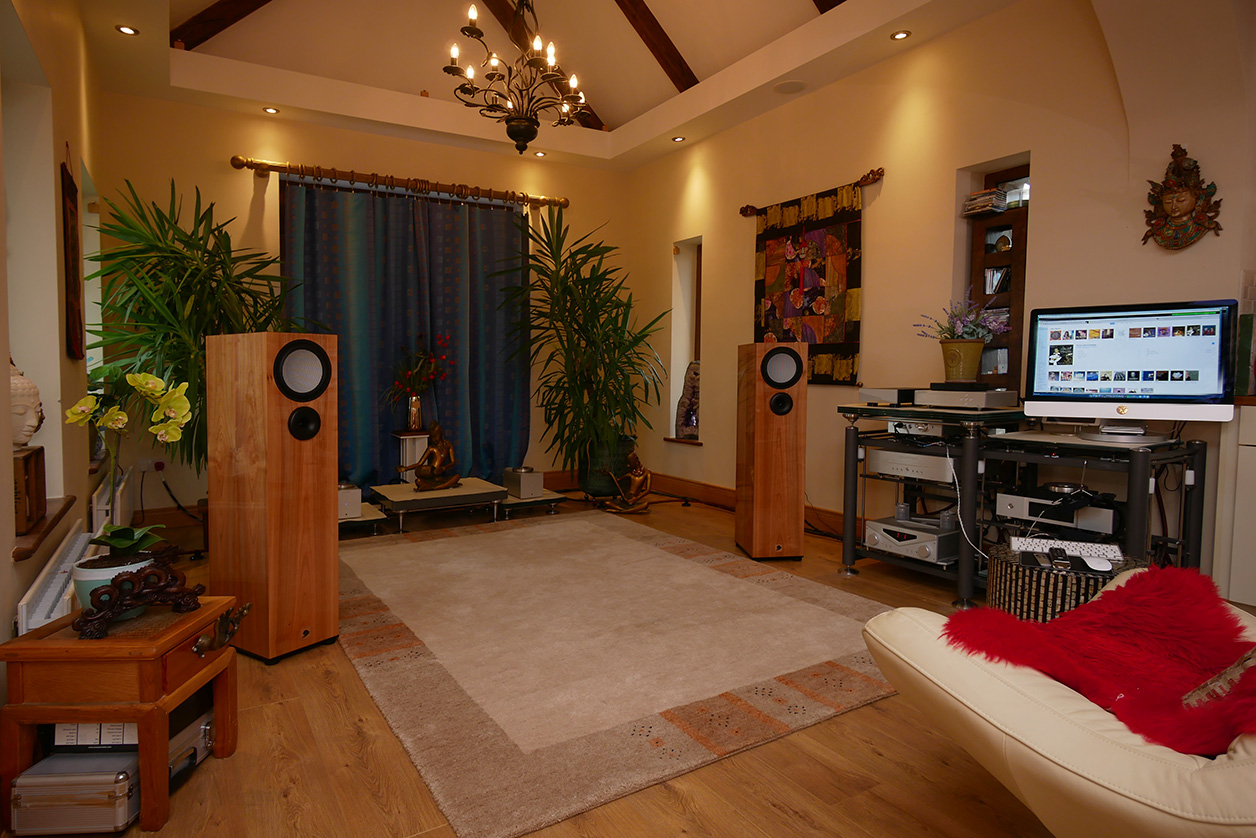 Head. Coming to a head against our clock-sync'd competition, Phoenix was a close-but-not-quite second. The difference focused on how keen sense of place became. For a high-class evening audit, I'd cued up an extended playlist of favorite tracks from Jan Garbarek's Rites and Visible World. These are typical ECM productions, so layered and very atmospheric. Space becomes its own presence and performer. Just as painters and photographers are challenged to portray space, so is audio. How to capture/show emptiness? In audio recorded reflections create halos or performer bubbles. A zinger cymbal ricochets off boundaries. This rapid reaction right behind the initial strike illuminates space. It could be very faint of amplitude. If the recording venue was well damped, it could be of very short duration. With dense productions of many players, much of this nano/plankton/gossamer stuff gets overlaid, shaded and obscured. The more separation and resolution from low phase shift and minimal noise floor a system can bring to this micro dimension, the more it informs our listening. Even though subliminal, it becomes a living undercurrent to our experience which naturally relies on good recordings.

Where Gaia/T+ overshadowed Phoenix/T+ was on how visible this flotsam factored. During some reed buzz for example where Garbarek's soprano sax hits some wailing high notes whilst drums, synths and bass guitar set up a tribal groove, the extent to which his squawky upper harmonics lit up space was greater. It created a flash of perception whose brightness Phoenix didn't equal. With Gaia, the frisson of tone against spatial blackness was even higher. For the Portuguese to earn its extra bread meant defeating the competition's clock sync to knock it down a few pegs. Therein lay the tale and its tails. Not that we didn't already step on those. "The qualitative differences are soft skills like gains in atmosphere, rhythm, timing and dimensionality. Such apparent intangibles determine whether a musical piece convinces us or not. Comparisons showed that without the Phoenix, things grew more studio stark, with it more nuanced, lively and intense. Intensity and expressivity scaled up. Image localization and depth layering became more effortless to comprehend. These improvements with Phoenix were far from homeopathic. Without it, what went amiss was a certain plasticity, a microdynamic tension and the more holographic layering."

That's what Fritz Schwertfeger had said in his German review. I'll happily sign my name next to his. Those were exactly the items which Phoenix improved between iMac and DAC. That in clock-sync mode Gaia or D300Ref go a bit farther is beside the point. That specialized clock interface is limited to very few hardware combinations. Meanwhile Phoenix will work between any USB output and USB input. Now it outshines our DDC when their clocks aren't slaved to those of the Terminator Plus. As a more old-timey household, only three of our systems use USB. The rest still spins CD or streams SD card. That puts us in the extreme minority. As mythical a bird as a phoenix is, it's for the vast majority of wired remainers. There the USB reality continues to mean universal serial bus. For those who've embraced wireless, today's type of signal conditioner doesn't apply. For Part Deux sans I²S or clock-sync shenanigans, I had my desktop. Here an HP workstation streams locally hosted files, YouTube, Spotify and Qobuz over USB to an Audiobyte Hydra X+ battery-powered DDC. That outputs S/PDIF over coax and BNC to active Fram Audio Midi 150 speakers and to a COS Engineering H1 DAC/headphone amp. With the speakers lacking USB, Phoenix would only work for the Audeze LCD-XC headphones. Voilà, the hardware for round two: HP ⇒ USB ⇒ Hydra ⇒ coax ⇒ COS H1; or HP ⇒ USB ⇒ Phoenix ⇒ USB ⇒ COS H1.