The secret handshakes. It's how Freemasons recognized each other without bystanders noticing. As it turned out, the Denafrips HDMI port is prepped for eight different handshakes to hit more marks in the Wild West of non-standardized I²S pin configs. Called 000-111, confirmation exploits the 1X, 2X and 4X sample-rate LEDs in a binary pattern. The 'mode' button sets the needed version. All LEDs off equals 000, all of them on 111. PS Audio, Soundaware and Jay's Audio use 100, i.e. the first LED on, the other two off. For details, check here. So really, this machine offers 10 different I²S terminations altogether. No wonder it's called Terminator. But that still doesn't imply that it'll keep coming back no matter what you aim at it.

As the Denafrips list shows, as long as the DATA, BCK and L/RCLK paths are allocated to their pin pairings, there will be sound even if polarity is wrong. But there will be silence if another maker runs their audio data on any of HDMI's 19 pins other than 1 and 3. Métronome clearly do. The Terminator failed to achieve signal lock. My hopes of sending DSD data via HDMI were squashed. Lesson of the hour? Should you plan to match up a transport and DAC from different makers in this way, assume nothing. Verify with both makers beforehand that they use the same pin array. This spread sheet gives you a good head start. Set to 100 for matched polarities, I had instant sound with the D300Ref and CDT2 MkII over a basic HDMI cable. 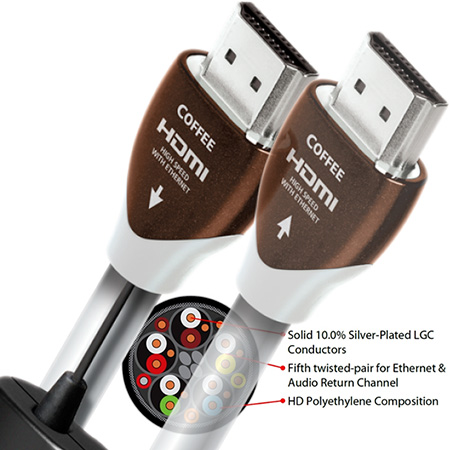 I'd already emailed AudioQuest's UK distributor to acquire a 1m Coffee or Diamond from their range. With a top-quality Allnic ZL3000 AES/EBU and Chris Sommovigo's very best Tombo Trøn S/PDIF on hand, it made sense to use an HDMI cable of equivalent pedigree. Living on Ireland's rural west coast simply excluded finding it at any local electric appliances emporium. Ideally, one would use cables from the same manufacturer and range to share metalurgy, dielectrics and overall build and measurement standards. But that's not what I had nor was prepared to buy for this test. With an AudioQuest added to our hardware library for ongoing use, I'd simply be able to compare it to my more generic HDMI strip and see how much—if any—performance that left under the table.

Shopping Audioquest's website, here's an interesting fact I was ignorant of:

"HDMI standards and capabilities have improved significantly since DVI first evolved into HDMI. All generations are backward compatible. However, not all previous HDMI cables can transmit the full 18Gbps of data required to optimize today’s HDMI 2.0 equipment. While there is currently no 4K/60 4:4:4 software requiring the full 18Gbps capability of HDMI, some sources (UHD Blu-ray players) can be set to upsample, requiring 18Gbps capability. AudioQuest HDMI cables with exceeds 18Gbps on the box front are guaranteed to exceed the requirements for all possible HDMI data streams."

Compared to RedBook's 1'411kbps for 16/44, that's absolutely massive data density, hence speed. I don't know whether digital coax and AES/EBU cables for audio hold themselves to equivalent specs but the HDMI specification would certainly seem ideally placed to transmit the CD-resolution audio data which make up 99.999% of our library. Next we see the cable salad behind Jay's transport and Denafrips' DAC. Power cords were by Allnic, single-ended interconnects to a Kinki Studio headphone amp by Crystal Cable. That's because I'd also listen in with HifiMan's terrifically resolving Susvara planars.

As I learnt, "the XLR and RCA outputs of the Terminator share the same + pin. If both the RCA & XLR are connected, one may experience degradation of sound quality, even muting depending on the downstream devices." Muting is exactly what happened to the headphone amp but as soon as I disconnected the XLR, I had sound – a peculiar but certainly manageable situation. 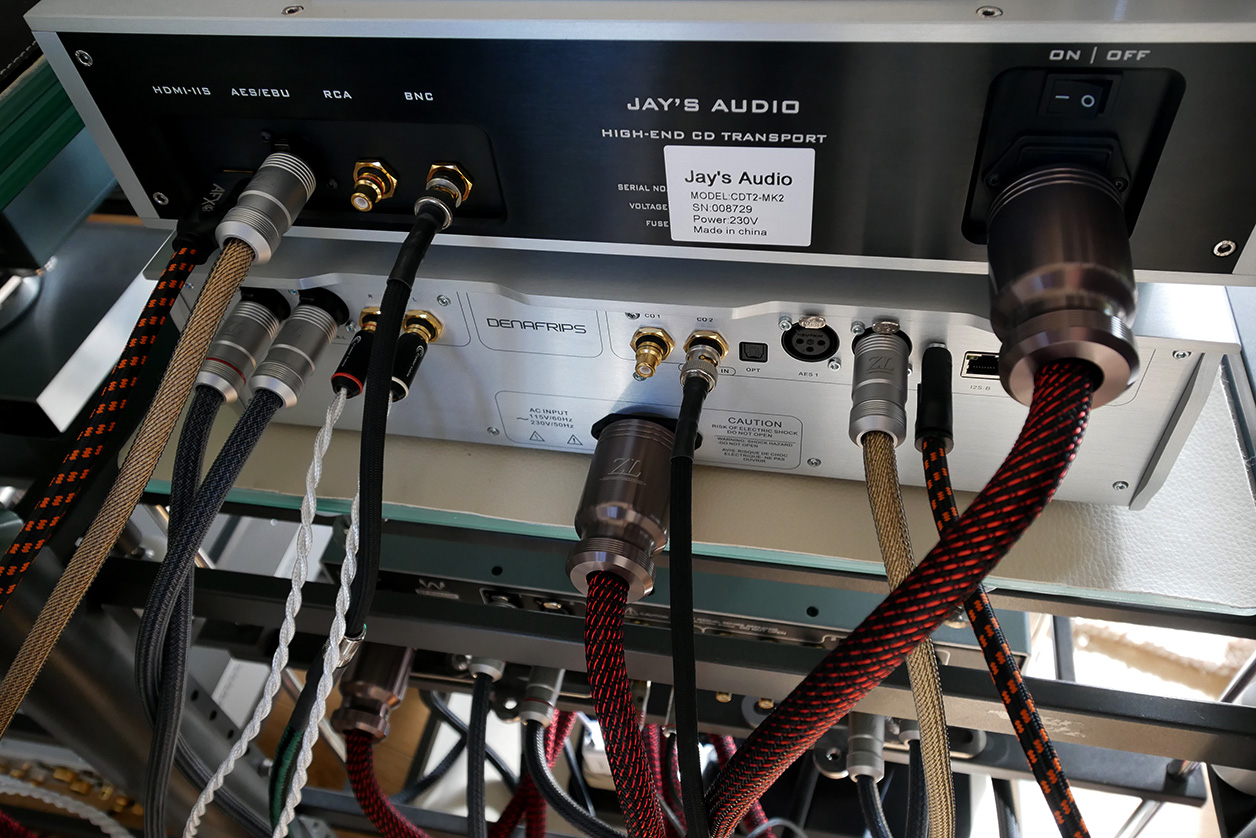 To fan my I²S crash course, just then an email from Pink Faun arrived. "We manufacture the Pink Faun I²S bridge, a PCIe card that fits every computer with a free PCIe port to output I²S directly to a compatible DAC. Because there’s no industry standard for I²S, we designed the bridge with a flexible output attachment for HDMI, RJ45, 4 x BNC etc. This I²S bridge can also be upgraded with a low-noise OCXO clock for even better quality."

As a Windows-based card, our music iMac was out of the pink but this card could be of great interest to those who'd rather output direct I²S from their music PC than convert USB inside their DAC.