"Got something heavy for ya." The TNT driver pointed at the compact pallet with its two particle-board clip-loc cases in the back of his white van. Without a jack or lift gate but grey-haired customer, he wasn't sure whether to ask for help or break down the pallet himself. I started pulling on it and in no time four hands had it on the covered back porch. "What's in it?" he pressed. I explained. He shrugged his shoulders and departed. Despite our notorious rain, Ireland is an audiophile desert. Little grows here by way of appreciation or choices. The Essence preamp box had the owner's manual as a bound book, the remote control and a 10m stretch of Green Bias cable. After removing 10 screws for the lid and another six for the DAC module cover, these dual-mono innards emerged.

Because I could, I renamed the input I'd use the most 6moons. Its default is USB but you can make it anything you want. So I did. 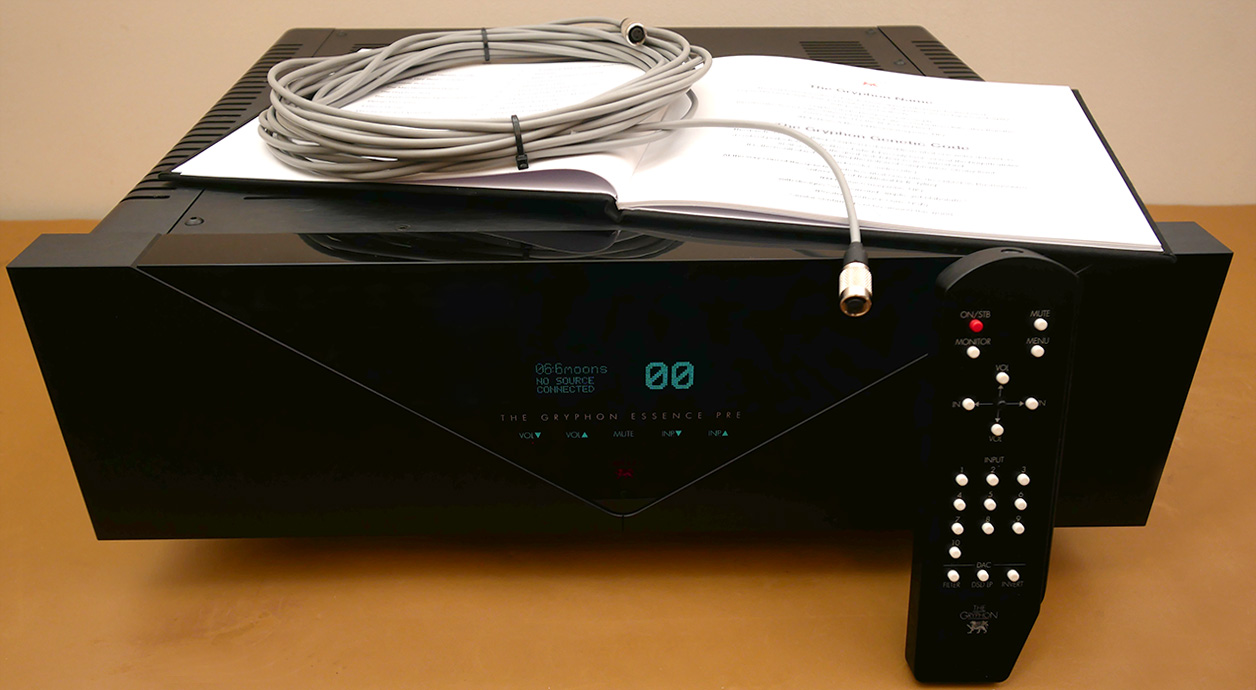 With the power mains on the belly just behind the shiny fascia to the right, nothing protrudes from the front to undermine the sleek industrial design.

Essence the stereo amp was quite the bearish hulk, only a bit shallower than our class A Pass Labs XA30.8 but taller. The two of them in the soundstage's far center made for quite the altar to manly hifi. After tickling its belly button, the Danish amp concluded its auto diagnostics, then turned the blue light strip green. Like a traffic light anywhere in the world, all systems were go. Hitting play made sound. I was in the Viking business ready to raid my music library and take no prisoners.