Clearly by now things were fully cooked. Audirvana on our iMac had identified the new USB source as 'Ethos USB' and showed 384kHz compliance. If set, resampling PCM over USB to DSD becomes DSD64. CD resamples to DSD128. Either way, Gryphon's own upsampler must be on. If it's off, so is PCM⇒DSD. Playing the short game of up/resampling and filters, I found that for USB, bypassing Gryphon's own upsampler in favour of hitting 352.8kHz in Audirvana's 64-bit code sounded best to me. I seriously doubt this was due to the final figure. Rather, it exploited the iMac's superior processing powers over Sabre's on-chip code. Resampling to DSD netted the usual heavier 'reverb' textures with their softer transitions and more billowy gestalt. On balance, I favored pure PCM for both physical and virtual media. Your tastes could vary. Particularly with edgier fare such options are boss. For filters, I generally agreed with Gryphon's hybrid default but premium recordings most benefited from filter 1 for maximum clarity.

Returning to the residents then back to the visitor and so forth ticked off more boxes. Denafrips played things in the more organic/deep camp. The Dane lived in the more forward vivid class. That distinction hinged on two qualities. One was my perception of leading-edge incisiveness. Ethos had more wiriness or snap. Conversion to DSD softened that but also some separation/articulation powers. I stuck to PCM pure. Two was perceived suddenness and reach of dynamic shifts. Ethos threw the bigger stones into the music pond. That caused greater ripples. Combined with transient acuity, these fast-twitch dynamic fibers had me feel energetically closer to stage. That made the tunes more forward not relative to staging but to their projection of directness. Based on prior experiences with various FirstWatt amps, I'd therefore call Ethos a 3rd-order dominant design. Whatever likely very faint THD it does have should be higher for the 3rd than the 2nd harmonic. The second tends to be softer, warmer and richer, the third sharper, better separated and more energetic. If only one word were allowed for this sound, vivid would really best capture its core flavor. 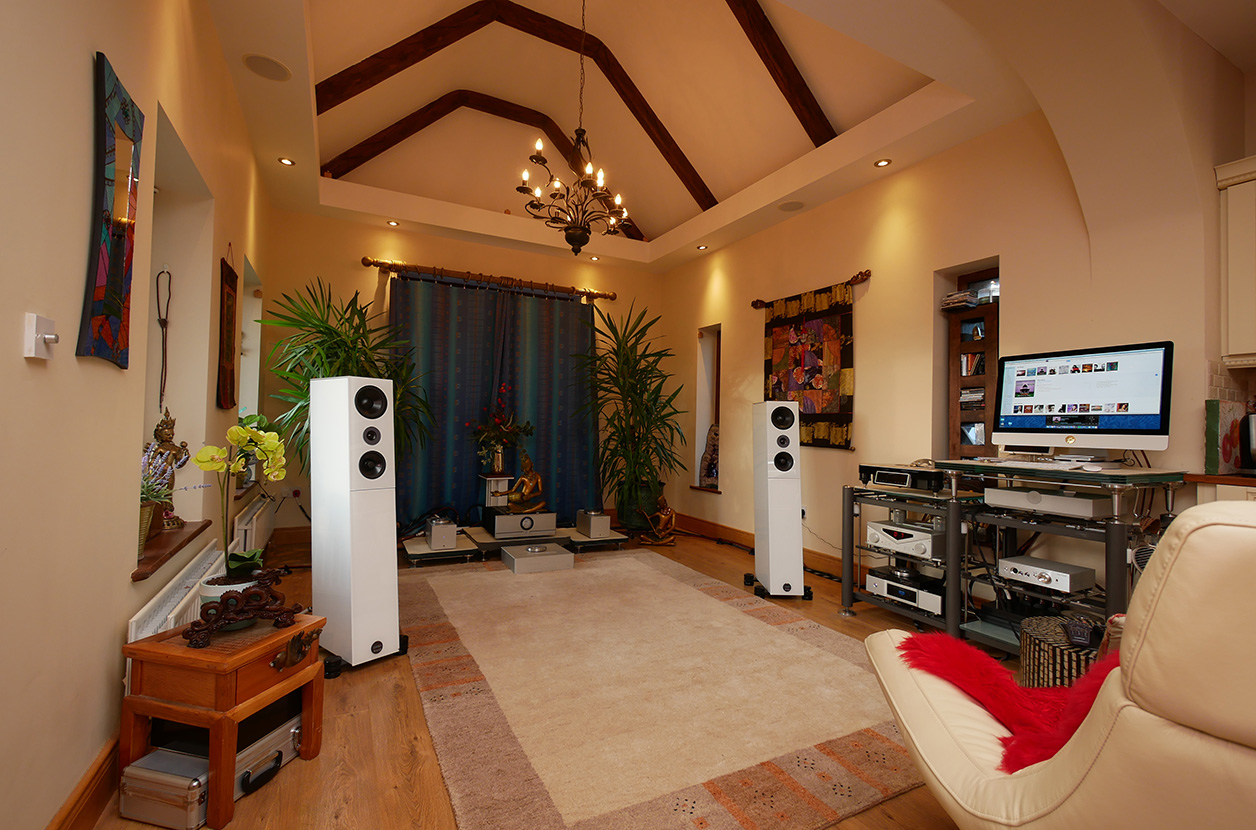 The moment that paragraph formed, I realized that I'd just signed off with Gryphon's original signature. Exactly as remembered, it still combined snap, dynamics and fully developed bass for high energy. Having witnessed the spectre of Hamlet's father as the country's late king, in the 4th scene of the 1st act of Shakespeare's play, officer Marcellus finds "something is rotten in the state of Denmark". Having just heard the spirit of Gryphon, I rather thought that old Marcellus had come to entirely the wrong conclusion. Everything was very peachy in the state of Denmark. Seeing ghosts can be exactly what the doctor ordered.