OPT. In valve amps, output transformers act as impedance converters. They match the high internal source resistance of their output devices to the low load impedance of modern speakers. The higher that discrepancy, the more windings are needed. That impacts bandwidth, phase shift and signal loss. With Massimiliano's 2Hz-240kHz spec, we saw that his iron doesn't impose typical limitations. In the first place, he's not using it to down-convert impedance so a simple 1:1 ratio would work. What could Max tell us about his magnetics and how, precisely, they steer his sonics? Also, what constitutes a tube-type circuit transcribed to pure transistors versus a standard solid-state circuit?

"The name Magnetosolid goes back to 2002 when I built my first amplifier with a true tube amplifier schematic but inside transistors. The output transformers are the most obvious consequence of this schematic. The first Magnetosolid amps like my A Solo model still had some tube defects like colourations, inability to drive challenging speakers and roll-off in the ultra-high range. With 2008's Prestigio and later the Shinai, I fixed all of these defects. It's how I demonstrated that tubes are not better than solid-state devices, only that the circuits where tubes are used are more musical than ordinary solid-state circuits. 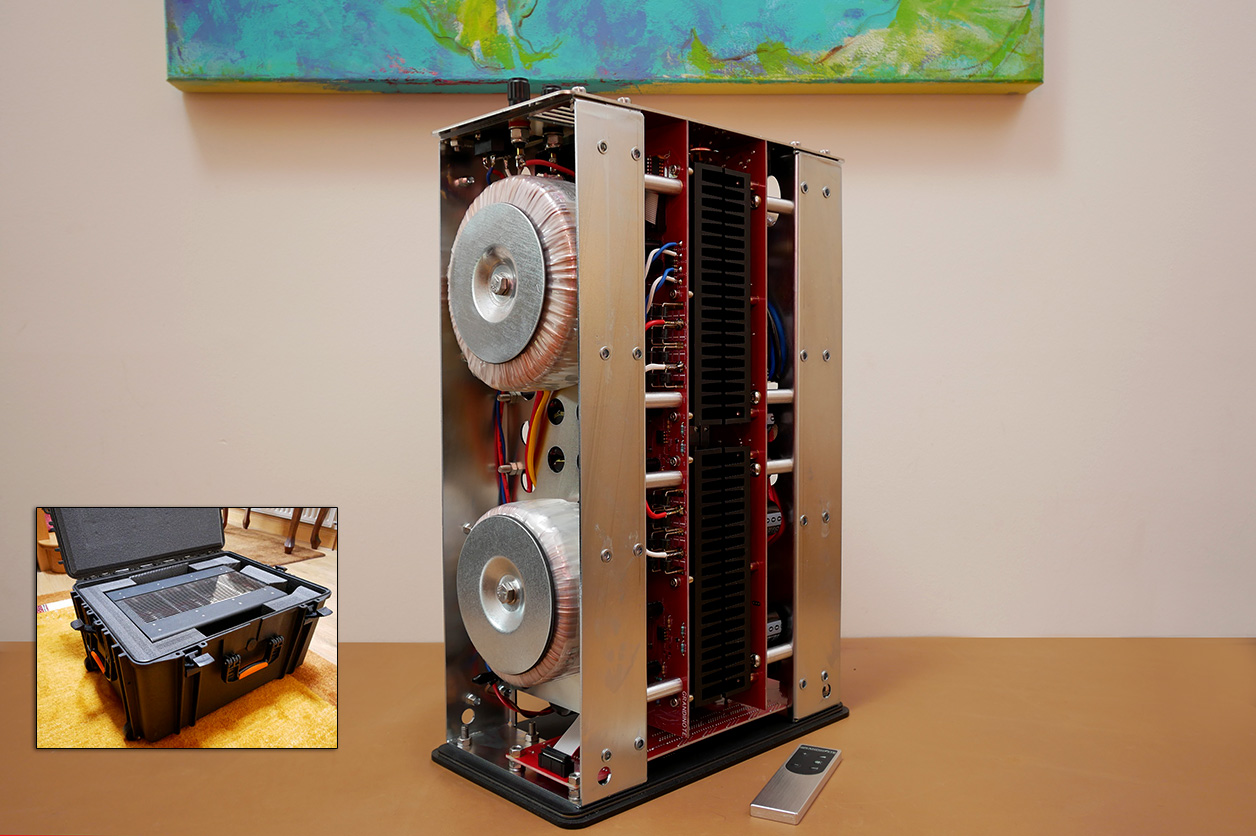 "Tubes are technically superior in just one aspect: parasitic capacitance. With transistors, parasitic capacitance can become a big issue for HF. To overcome it, I started to use special RF transistors. Now my signal transistors have parasitic capacitances lower than an E88CC. And there's no issue with the power transistors. Their driver stages have ultra-low impedance outputs so our RC factors are far lower than in tube amps. Of course our output impedance is much lower too to give Shinai a 150+ damping factor where standard valve amps manage 10 or just 2. Other very important refinements in our schematic are no coupling capacitors between all stages except directly before the output transistors; a minimalist push/pull topology with a single complementary pair of output transistors; zero negative feedback; and a dedicated power supply for each gain device."

As to what his output transformers do, sonically, "the alternative would be capacitors or complementary NPN and PNP transistors. For me the very best solution to couple speaker to amplifier is through a transformer. What does that do to the sound? Impossible to tell with my schematic since if we were to remove my transformers, we'd destroy both the output transistors and speakers. The only thing I can say for sure is that any other way to couple speakers and amplifiers is far less musical. The problem with the output transformer in a tube amp which I don't have is having to work in high voltage and low current. And of course popular perception believes push-pull to be inferior to single-ended but that's primarily because the phase splitter execution in a push/pull tube amp tends to be problematic. We corrected that defect and now I can affirm that push-pull is better than single-ended."

Upscale output transformers in tube amps can feature exotic cores like Hitachi's nano-crystalline FineMet. Max too experimented with special core materials. When he found the right one, it increased his primary's inductance by over 10 times to lower output impedance and give even more extended bandwidth, However, the cost too increased. So Shinai in this VHP version becomes the €19'800 Essenza with otherwise identical specs. 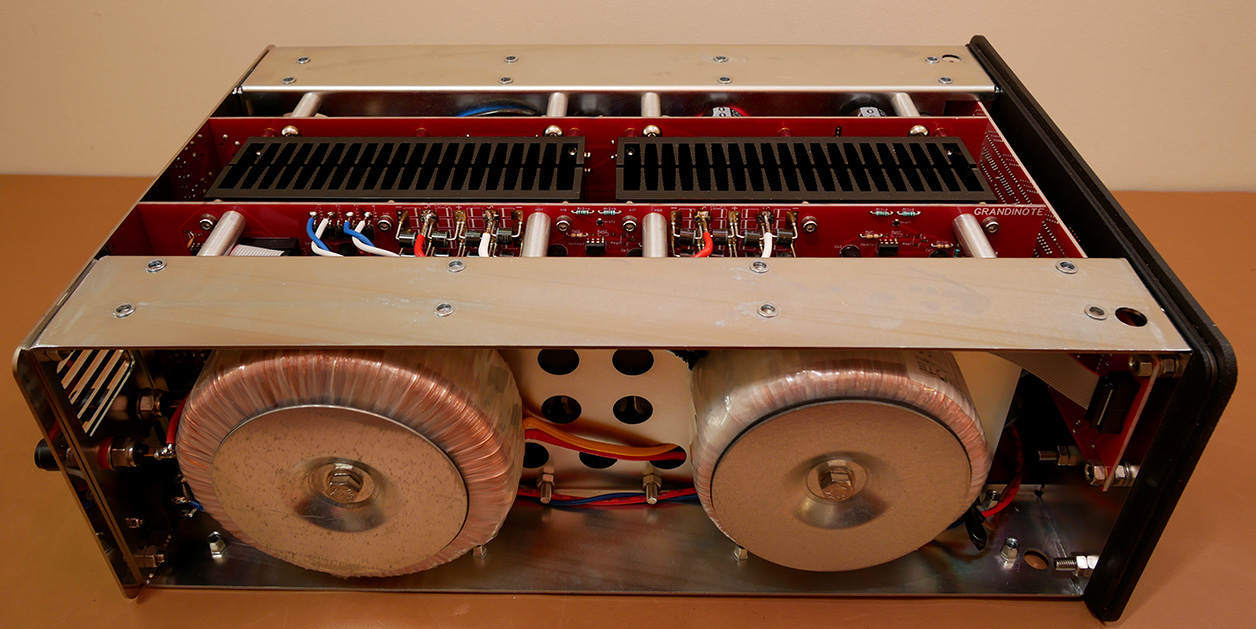 Removing the ventilated top and bottom covers then curved side panels revealed two separate amplifiers with massive power and output toroidal transformer on the outside, heat sinks on the inside. Given the tight packaging, little else of note was visible. No wonder Shinai needed two power cords and a good back to move about. I took my time to put the covers back on and delay strapping on the inevitable heaving to follow. Roger Murtaugh to lethal weapon Martin Riggs: "I'm getting too old for this Shinai."

Delivery by heavily padded stout flight case inside a cardboard box was a welcome security bonus. Even DropBox & Co. won't be able to make a dent.

For connectivity, two each RCA and XLR inputs in a diagonal layout will avoid tangles and the fully removable nuts of the speaker terminals will have even the fattest of spades enter without protest. 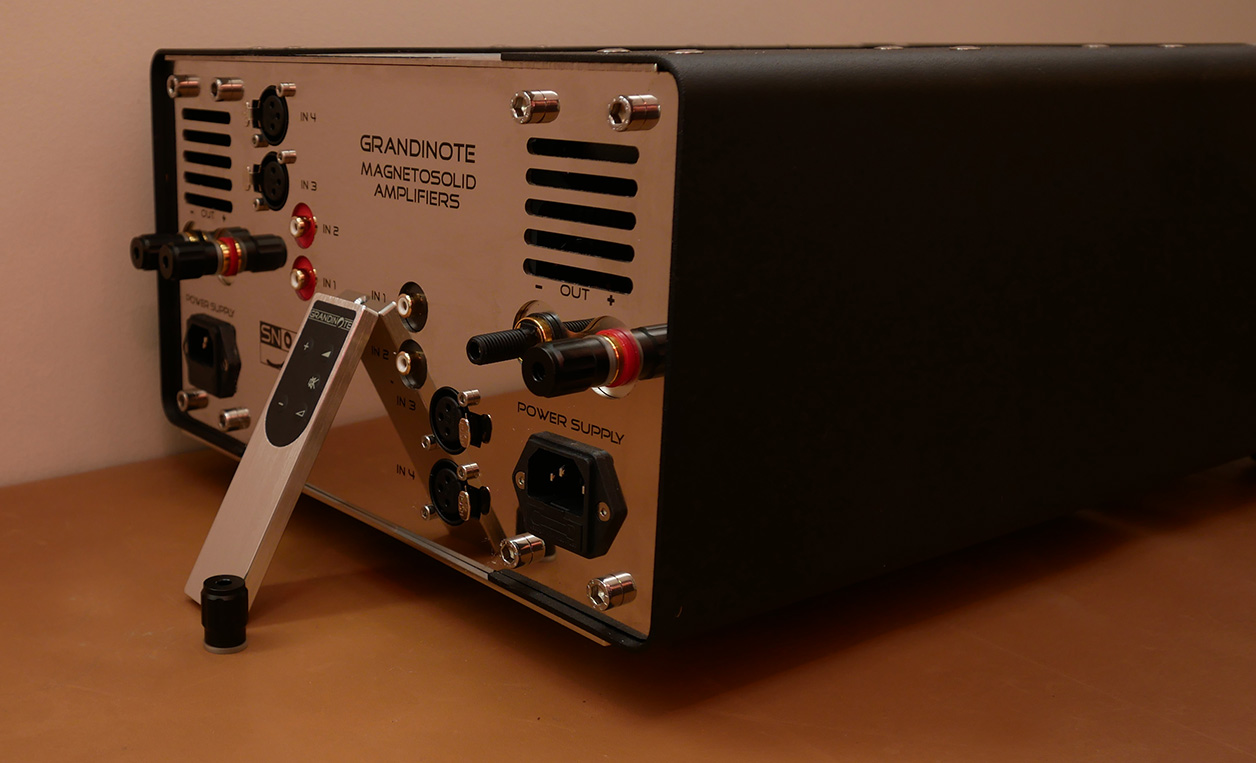 The small metal remote offers source up/down, volume and mute. The programming options are explained in the online owner's manual. 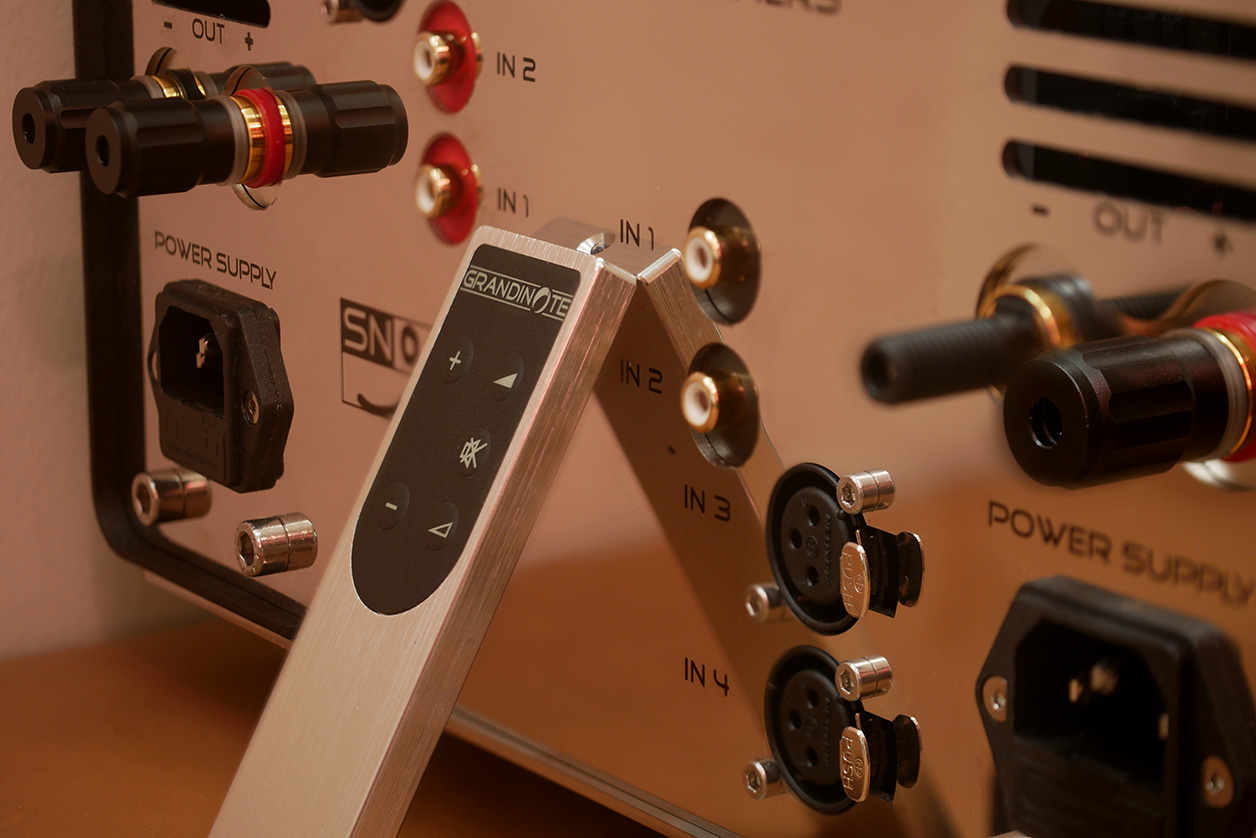