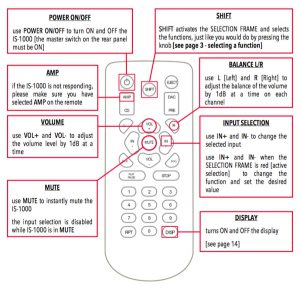 The standard remote looked a bit cheap compared to the build quality of the main unit. I understood its utility at preserving a competitive price but would have loved to also see a more luxurious alternate option on offer for those who want it all.

Still, the single knob controller provided full access to all available function even without the plastic wand. Let's take the tour starting with the network inputs which usually call for the most detailed comments.

To stream your collection of digital music, chose WiFi or Ethernet. The USB input is more dedicated to flash drives than real networking. The browsing of flash disks is made through the internal IS-1000 server app. It provides access to the media content and to remote streaming services like Deezer, Internet radio, Tidal, Qobuz and Spotify.

This internal server worked flawlessly and was automatically recognized as UPnP controller by the Lumin's iPad app. Easier than that seems impossible!

I was unable to clearly distinguish sonic differences between DSD64 files on a USB stick versus the Ethernet/NAS port. I usually always notice slight superiority of the Ethernet input over USB especially with a flash disk.

With the Gold Note integrated, I must admit that both delivered comparable performance. Using the RJ45 input, I nevertheless noticed a slight improvement when I added my Etalon Acoustics Isolator between my Netgear switch and Gold Note IS-1000. I also noticed a lead for my Lumin control point rather than the recommended MPAD app. The Lumin app through the BubbleUPnP Server delivered just a lower noise floor and further soundstage depth. 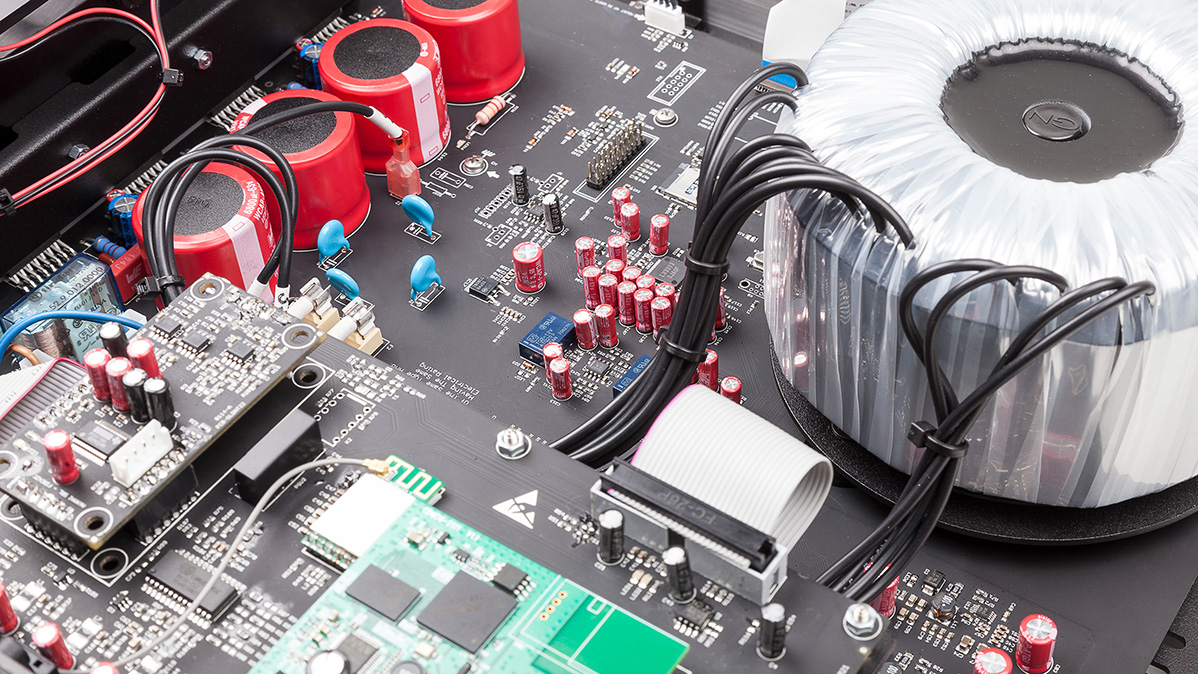 Differences between WiFi and Ethernet were quite obvious. WiFi playback was a bit more forward, Ethernet provided more air and space around instruments within a significantly deeper soundstage. For instance, on Leonard Bernstein's opera A Quiet Place performed by the Montreal Symphonic Orchestra under Kent Nagano [Decca, streamed on Qobuz], voices in the first act seemed more separated from each other in the wired configuration. It was also easier to understand lyrics. Transient impacts were smoother whilst wireless could sound a bit edgy. Still, over my previous experience with the DS-1000 network player, I thought the Gold Note IS-1000's wireless sound quality superior. Just so, hardwired netted more clarity and resolution even on electronic music. Joris Delacroix's last outing Night Visions acquired better timbre via Ethernet. Voices were more subtle, resolved and keyboards sounded richer in the low mids. 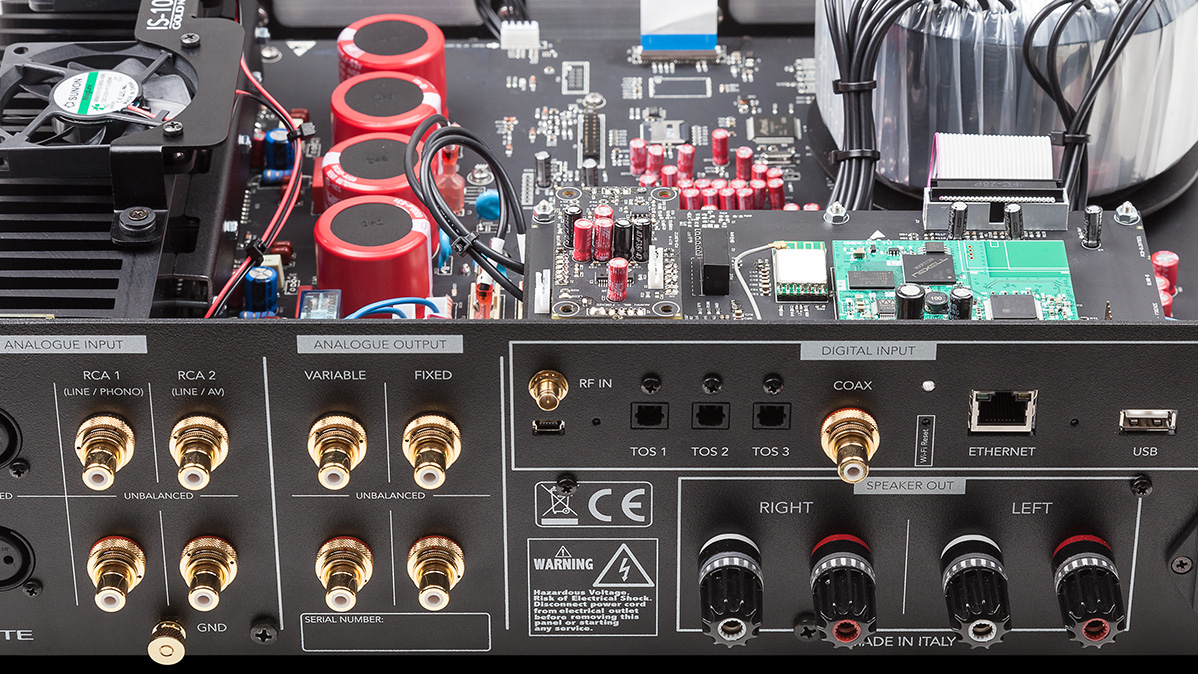 Many times did I switch between my Lumin and MPAD control points. I also performed many round trips between USB and Ethernet. Usually whenever you run such a high number of changes over a network device, a few crashes/freezes are almost mandatory; or some issues with a playlist that gets stuck in the digital maze. Here it was quite an unusual experience to helm such a stable media renderer. Compared to my usual reference setup, the Gold Note IS-1000 couldn't match its resolution. Given that the Audiomat DAC/network player alone demands thrice what Gold Note get for their entire all-in-one, that was hardly surprising. 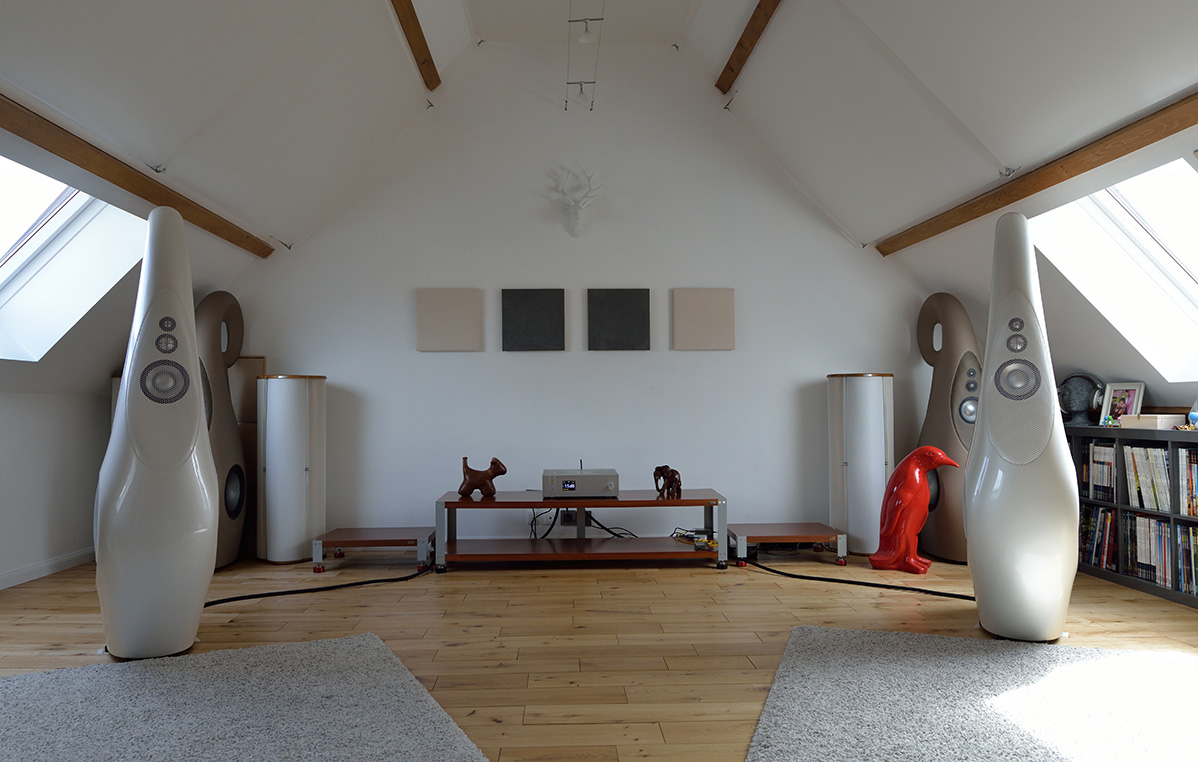 Using the Audiomat Maestro 3 Reference directly into the balanced analog inputs of the IS-1000, I had the clear sensation of not listening to the same recordings. Everything became more nuanced, tones grew richer, trebles were smoother, the soundstages definitely bigger. It confirmed the standing of Audiomat's flagship converter. But it also underwrote the overall quality of Gold Note's amplifier stage. I would never have believed that a class A/B power stage in this price range could deliver such performance. On tonal balance, the IS-1000 was one of the more neutral device I have auditioned. Despite the rather poor sensitivity of the large Lawrence Audio Penguin floorstanders, it delivered all necessary power even at very high SPL and without audible distortion. In fact, this performance was quite close to what I am used to from my mono Luxman or SPEC amplifiers, albeit with a perhaps slightly less intrusive sonic fingerprint. In fact, the Gold Note IS-1000 provided me with outstandingly neutral tones. 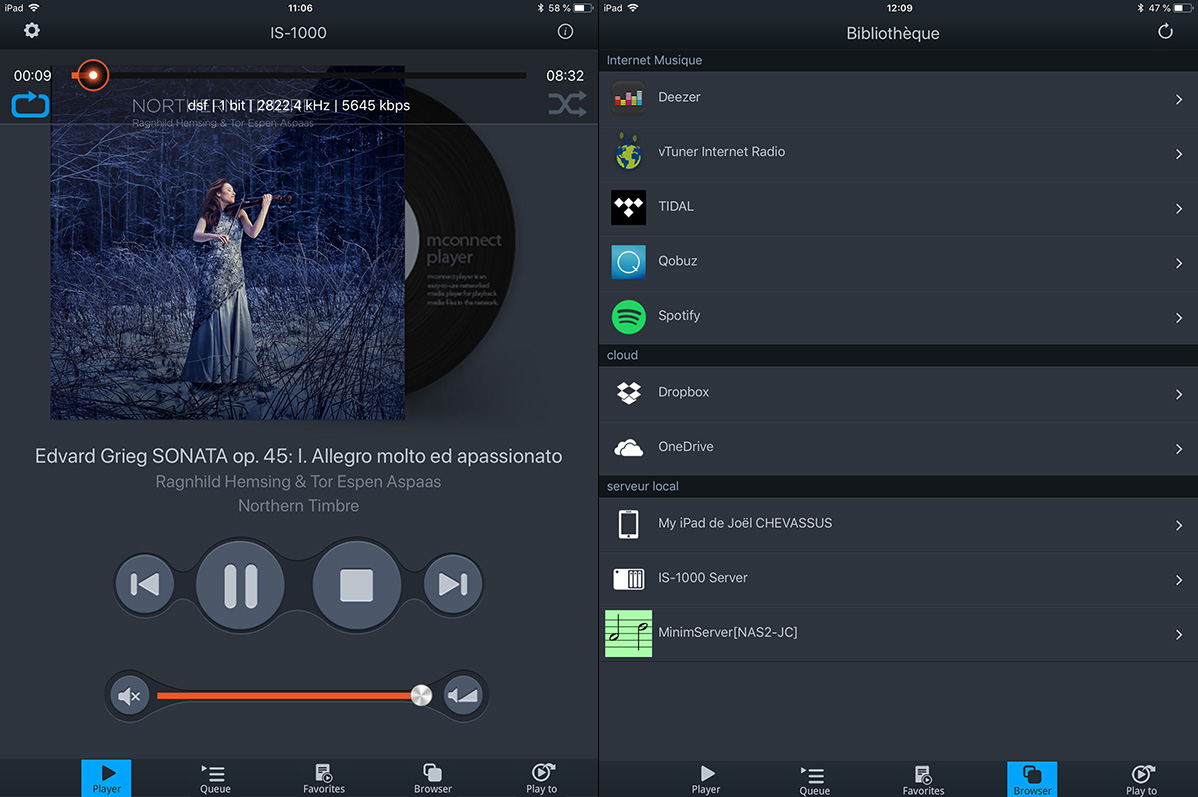 And yes, as good as it was already, its performance plateau could still be raised with an upgraded external DAC (again, at three times its own price). But considering its own very exploded functionality and very enjoyable sound, leaving room for improvement really wasn't outlandish. On 2L's Northern Timbre, the atmosphere of the Sofienberg church presented within a wider three-dimensional space. The piano and violin sounded fuller and more relaxed. The exquisite clarity of Ragnhild Hemsing was even more obvious with the Audiomat Maestro 3 Reference, making her con arco game more precise and smoother.