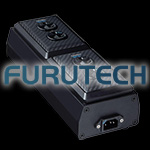 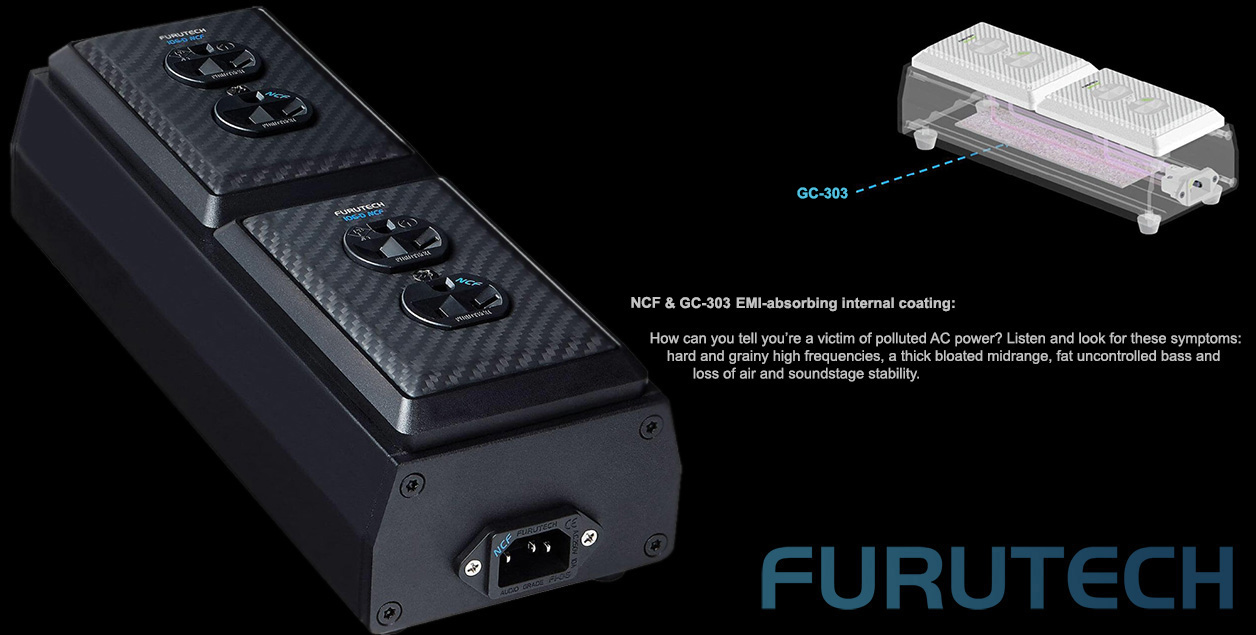 With/without. Two months after publishing my Furutech's GTO-D2 NCF review and having since tested their NCF Signal Booster, this arrived: "Frank Hayama, Furutech's founder and CEO, passes on his regards and appreciation for taking the time to look at our products and for the kind words. He noticed your thoughts in the NCF Booster piece about not being able to "isolate what Furutech's NCF might do" and suggested that we send you a special version of the GTO-D2 NCF with one NCF receptacle/faceplate, one standard. The receptacles would be the same design/build and only differ on NCF. This might offer an easy method to isolate the NCF effect. Would that interest you?" 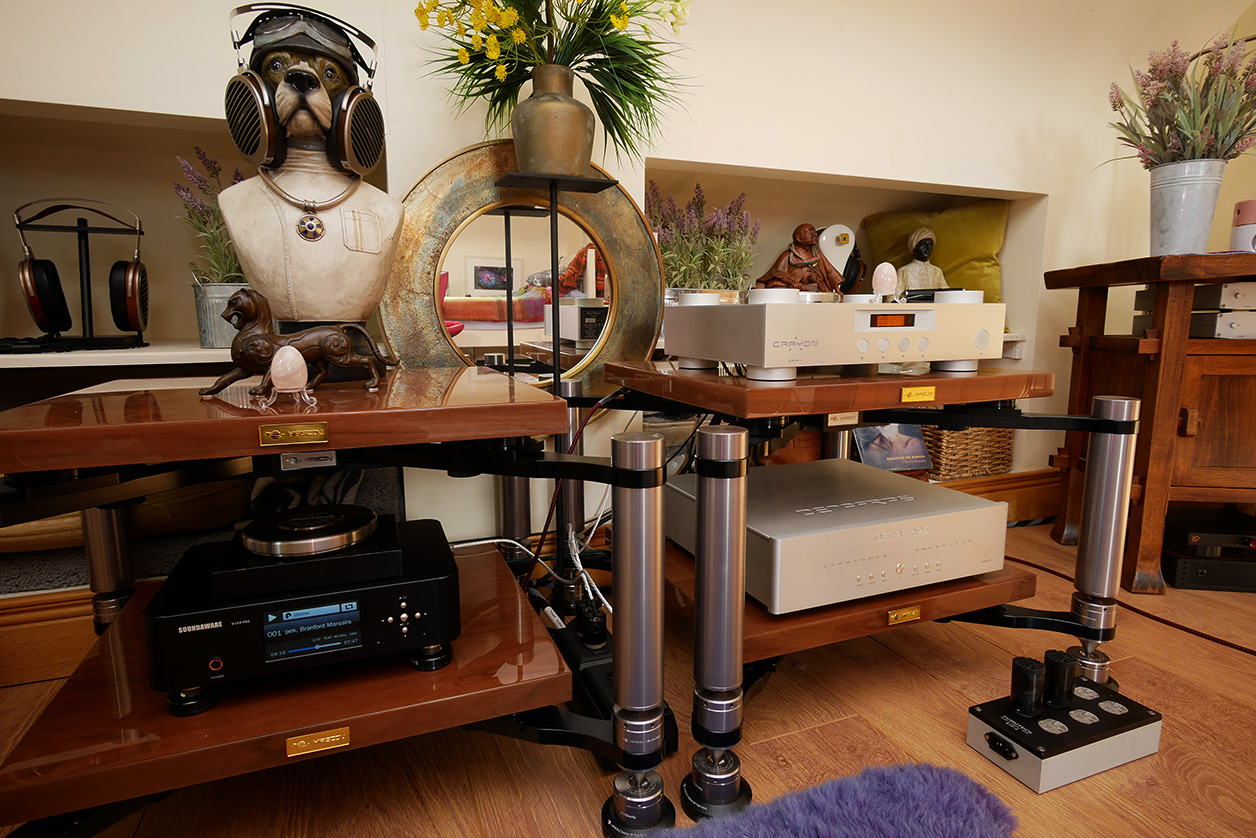 Absolutely. While I had Graeme Coley, I suggested that RCA/XLR connectors with built-in NCF would be the logical next step for their company. "True enough but we're holding off roll-out until the next Munich show." More applications for their Nano Crystal Formula² were in the air. It already features in select Furutech power plugs/receptacles, plug cuffs, power distributors/conditioners, parallel power cells and power cords. Furutech signal cables would be next to get their connectors upgraded. With the Munich HighEnd 2021 show provisionally scheduled for September 9th–12th, we'll just need to wait to learn more. For today, preview what to expect by isolating the NCF effect in a passive power delivery context by comparing with/without.

Here is the hardware context: Soundaware D100Pro SD transport ⇒ AES/EBU ⇒ Denafrips Terminator ⇒ XLR ⇒ icOn 4Pro Model 3 SE ⇒ 4th-order 40Hz high-passed RCA to Bakoon AMP-13R, 4th-order 40Hz low-passed RCA to Zu Submission subwoofer ⇒ sound|kaos Vox 3awf speakers. Given how this system needs three outlets for the gear on the rack—the wall wart for the passive's remote control plugs into the subwoofer spur—two Titan Audio high-current Eros power cords connected original and modified GTO to the wall. Now two components could subtract/add NCF at will. This would show the difference. Live 'n' learn. I had to do some living first before I could share any learning. 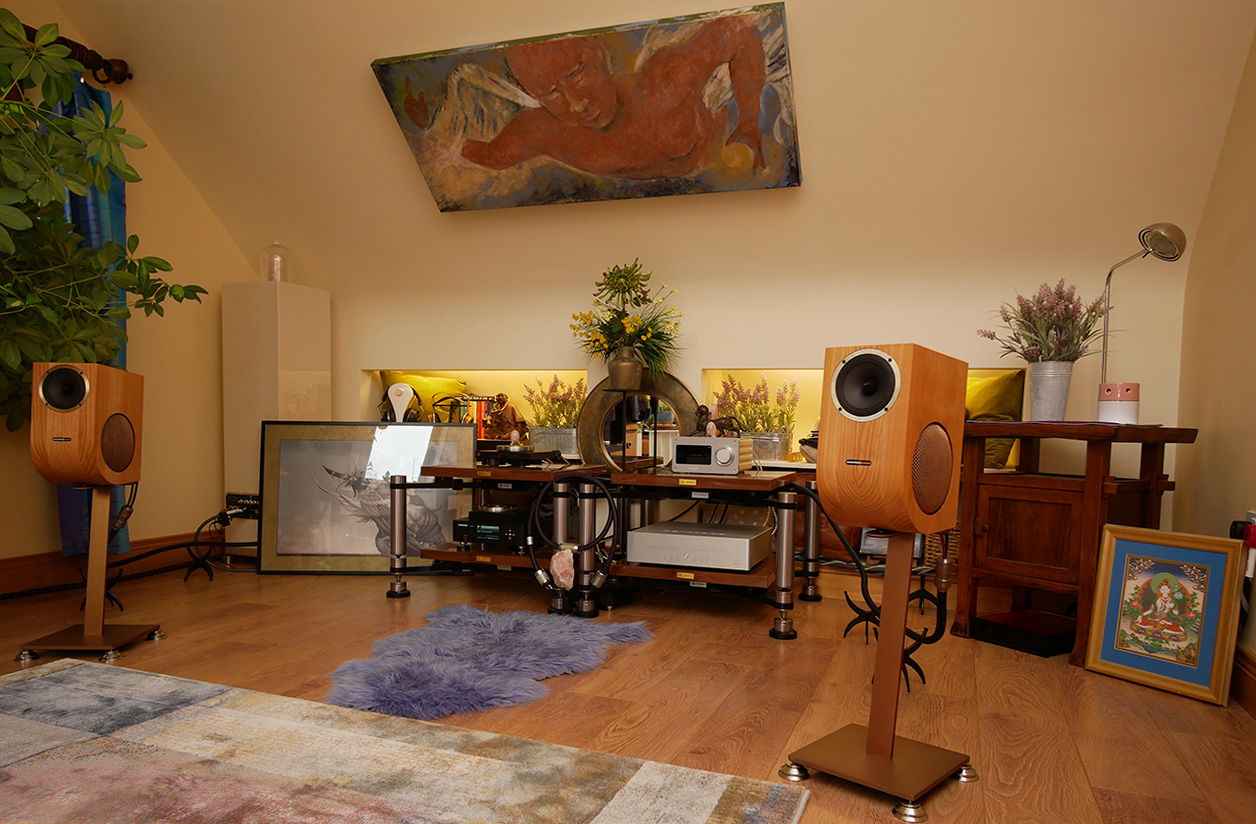 What if like a biker's go-faster mod, you want to bolt NCF onto existing cords or conditioners, be those Furutech's or from competitors? Hello NCF Booster Brace. It comes in duplex and single versions.