Clearly both Fram and Ancient Audio were cooking. Where Fram is concerned, this old-school connection to Ancient Audio is most relevant since it maps sonic expectations and ambitions. Midi 120 thus isn't inspired by mass-market notions. It's informed by purist single-ended triodes, ribbon-tweeter line sources and digital separates with external I²S transmission across a quad of BNC links. Jay Was wouldn't put his name on/under Fram if the gap was too big. Which means that whilst screaming life-style product to some people—playback over quality gear is a life style no matter what it looks like—diminutive Midi 120 is really high end repackaged for 21st century apartment and desktop listeners. 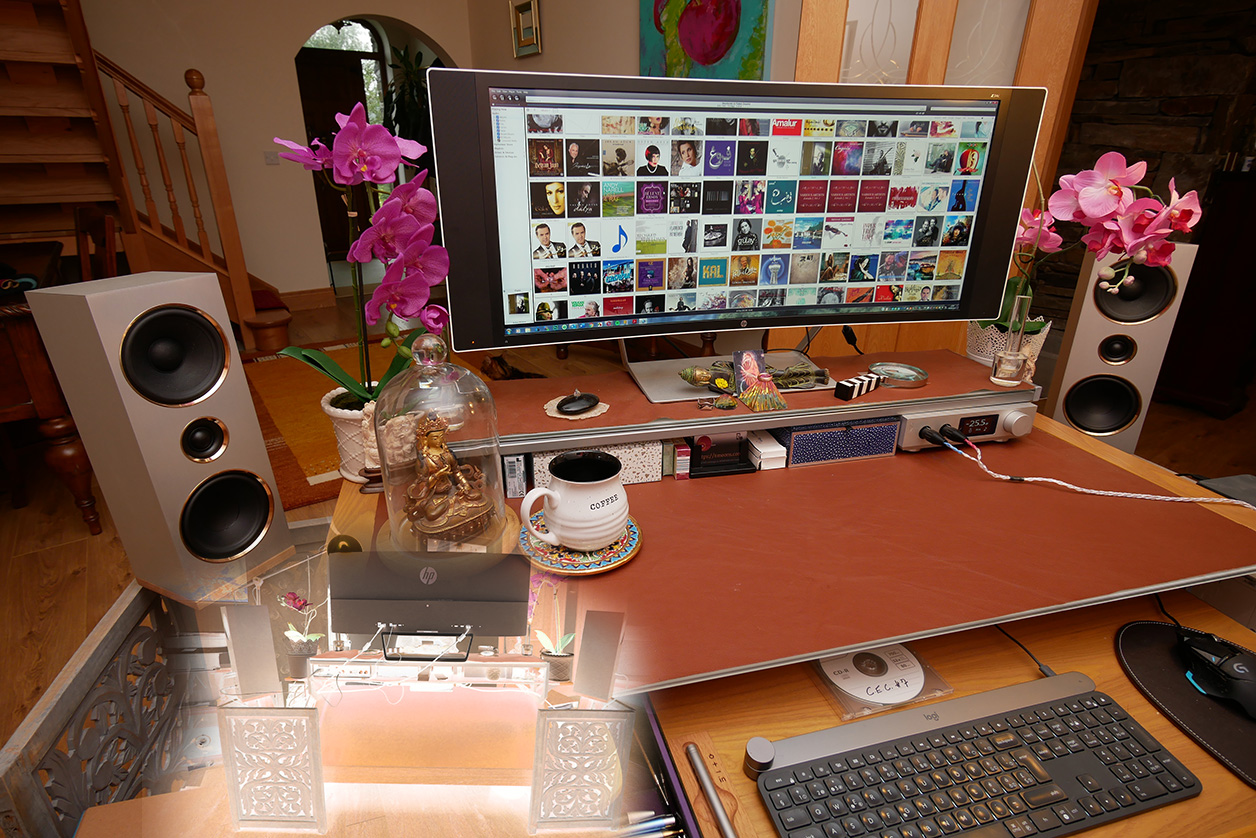 In the interim, I'd experimented more with desk-topping Midi 150. They ended up maximally wide steeply toed in like the scheme popularized by Joachim Gerhardt whilst at Audio Physic and more recently, Børresen Acoustics. Given that the oaken tripods were just a bit short for my higher table, I unscrewed the footers from their rear posts and lengthened the two in the fronts. This created mild perfectly stable rake to raise the center image to slightly below the mid line of my screen. The color-inverted overlay shows the setup from the other side and just how steeply the speakers face inward. Not only did this mad-cap layout declutter my work space, soundstage width and depth well behind the curved HP screen all maximized for superb counter-intuitive liberation from any screen-barrier phobia! How would Midi 120 compare?

Ebby Calvin LaLoosh: You're playing with my mind.
Annie Savoy: I'm trying to play with your body.
Ebby: I knew it, you're trying to seduce me!
Annie: Well of course I'm trying to seduce you. For God's sake. And I'm doing a damn poor job of it. Aren't I pretty?
Ebby: God, I think you're real cute.
Annie: Cute? Baby ducks are cute. I hate cute. I want to be exotic and mysterious.
Ebby: You are – you're exotic, and mysterious, and… cute… and… that's why I'd better leave.

In the real world not romantic comedy of Bull Durham the movie, this exchange actually did end up with a 21-year marriage and two sons between its star actors Susan Sarandon and Tim Robbins. Upon uncorking the first Midi 120 from its cloth bag, I couldn't help but flash on this very scene. It was damn cute. Like baby ducks and romping kittens.

Spot any blood in that water? 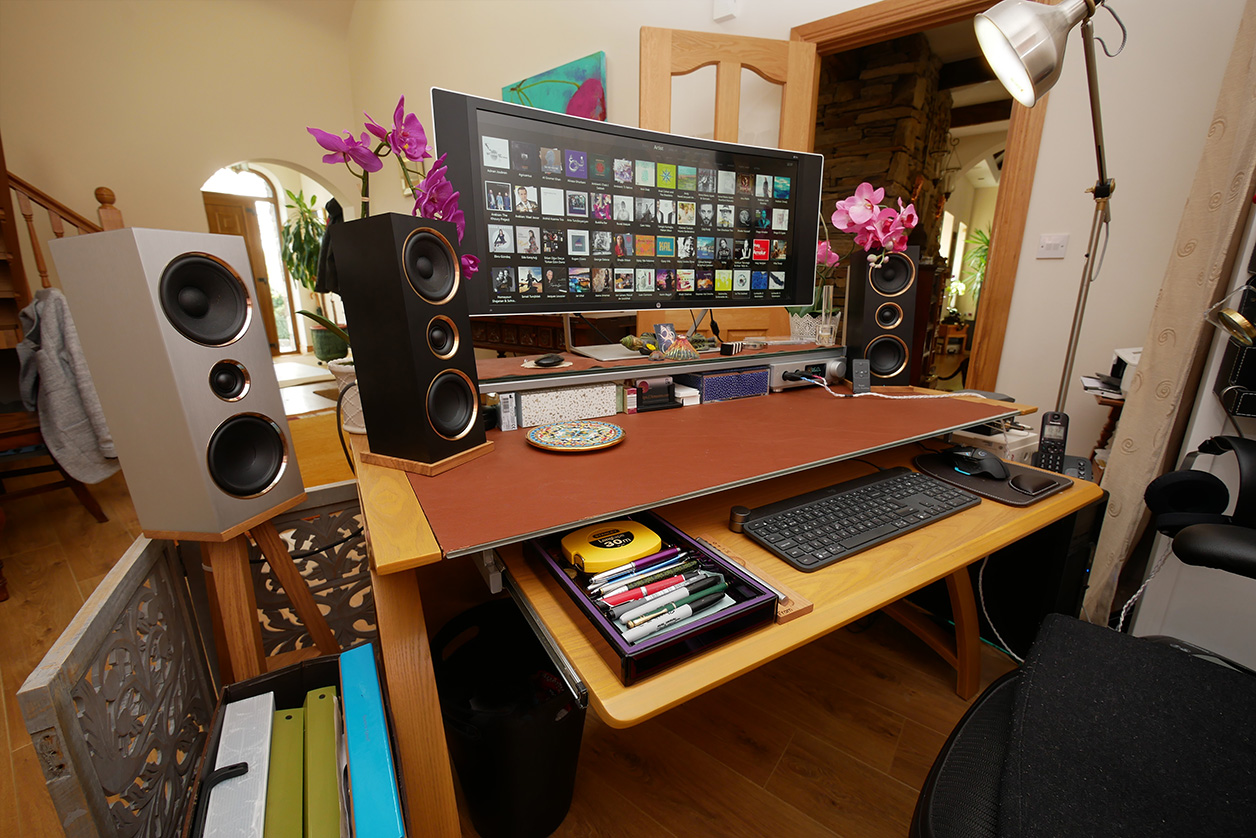 Hooking the pair up pronto, my inner scene unspooled. "I hate cute. I want to be serious and mature. Aren't I badass?" Damn if it wasn't. Of course the posh metal pen remote of the 150 had simplified. Now it was a credit card plastic job with membrane controls to enable the final price which reduces that of Midi 150 by nearly half. Splurgers could pay extra. The posh remote works too. Part of the care package were these oaken baby plinths. They create just a bit of lift and tilt when on a desktop. Works like a charm and looks good to boot. Nothing mysterious about that. Sorry, Susan. 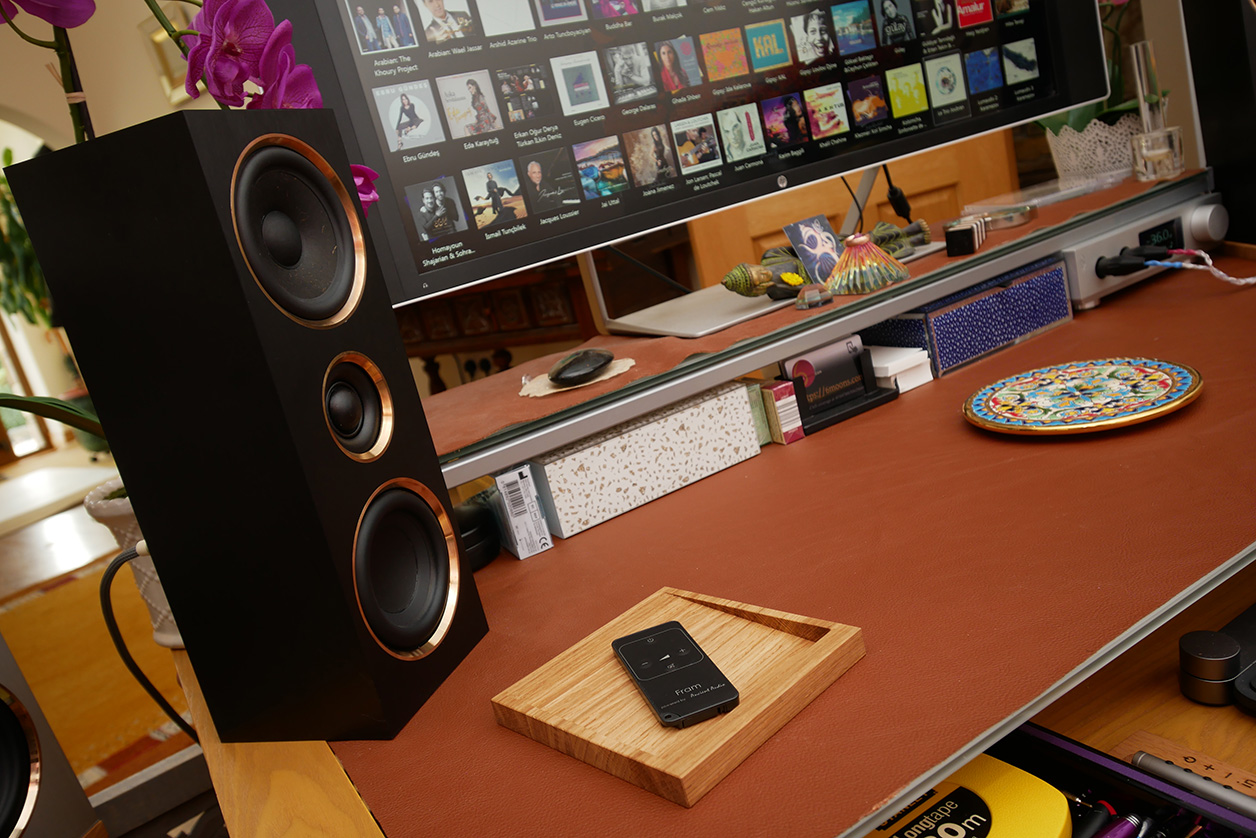 I'd better leave now. Time to forget Bull Durham and switch back to the audiophile channel. That transmitted some physical bass vibrations into my tempered glass desk despite leather cover and oak barriers. Enter doubled-up thick felt furniture glides. They added one more centimeter of lift and enough 'decoupling' to mellow whilst still not killing the micro massage.