Triangle triangle on the floor, which is most immersive of them all? Already up close the Midi 150 behaves like a point source. It's petite. It's lightweight. It's silly easy to move. For lone-wolf use, all of that invites an unusually short stereo triangle which can be quickly lengthened for more social coverage. Just toe them out again and move back the chair. But the short setup accomplishes a few useful things.

♦ It maximally subtracts the room from the equation.
♦ It requires lower playback SPL because there's negligible loss over distance. Listening more quietly opens up more hours where you won't disturb anyone.
♦ Like a pair of giant headphones, this layout creates a super-immersive sonic bubble. 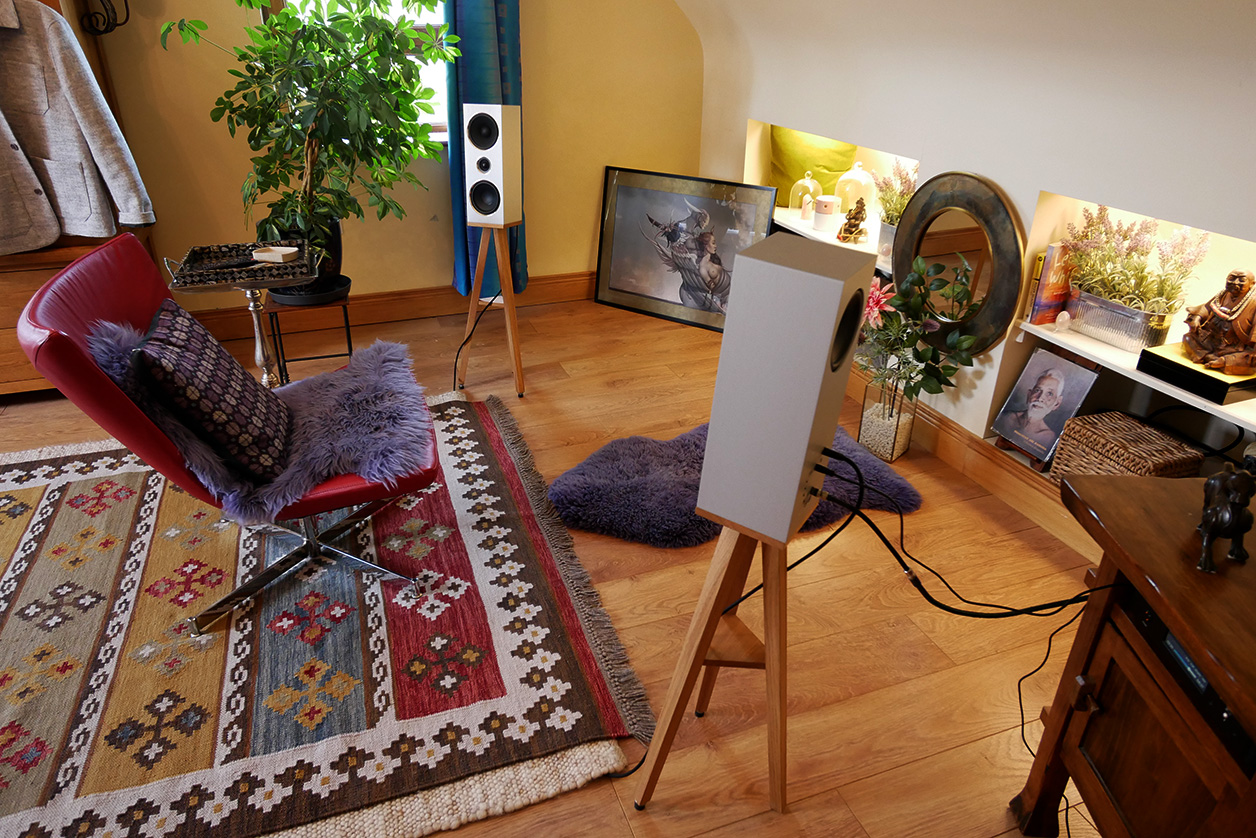 You'll want the speakers toed-in directly at your ears. If the tweeters fire well below your head, remove the bumper of the stand's rear leg to build in the required rake. With speakers as precisely tuned as these, their path lengths really must be identical or the center image will shift slightly to one side.

What you then get from the Midi 150 is an astonishingly wide, ultra clean crisply sorted walk-in panorama which reveals microscopic plankton bits so low in amplitude that thinking a thought is louder. I mean that literal. A Tibetan-style meditation with Deuter soundtrack called Nadabrahma sports a plethora of singing bowls, cymbals, bells, triangles and other long-ringing metallic objects across its first 30 minutes. Doing this meditation regularly, I'm very familiar with the track. With the Midi 150 at the usual low SPL to not dominate the inner process, I heard things which all other speakers I ever used for this barely hinted at, foreshortened in decay lengths or obscured behind louder sounds to render inaudible, period. My instant takeaway was two-fold. One, these SB Acoustics tweeters were seriously premium sorts. Two, Jarek's proprietary algorithm really did the business even when using his digital volume in deep attenuation mode. Fed S/PDIF, the Midi 150 was a rare hifi whisperer of unexpectedly high resolution. 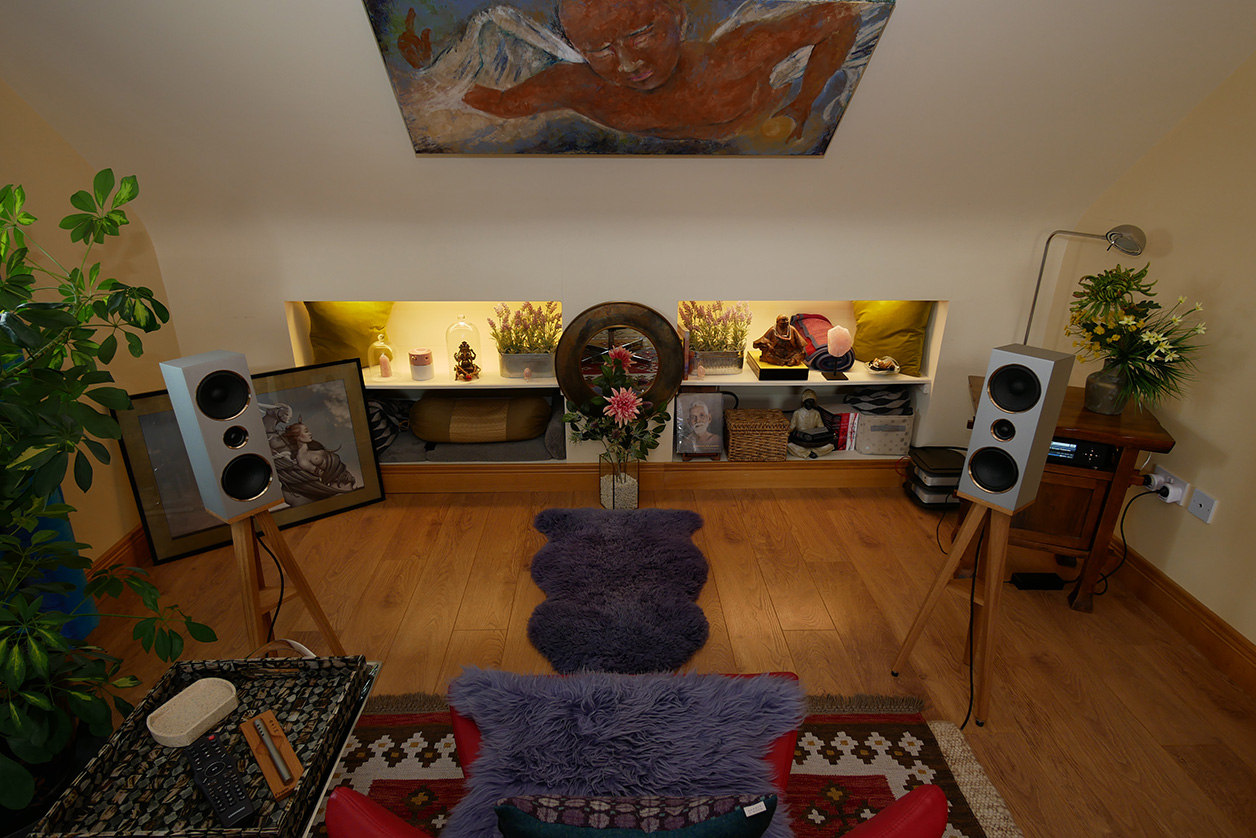 The next insight still from the same session was a profoundly noticeable absence of port ringing as that near ubiquitous resonant quality which engulfs the midband of more conventional ported passive speakers from below. Here the takeaway was of a truly remarkable clarity or cleanliness. Think of viewing a constantly moving thus always slightly blurry stream with its specks of mud and plant matter. Now see it as a progression of frozen images instead. Suddenly everything is perfectly focused and still. In this wide-but-near setup, the Midi 150 had that quality of crystalline localization and separation in spades. It also had small-woofer bass relative not to extension but adroit articulation which prioritized pitch definition and control over shove and moving big air. 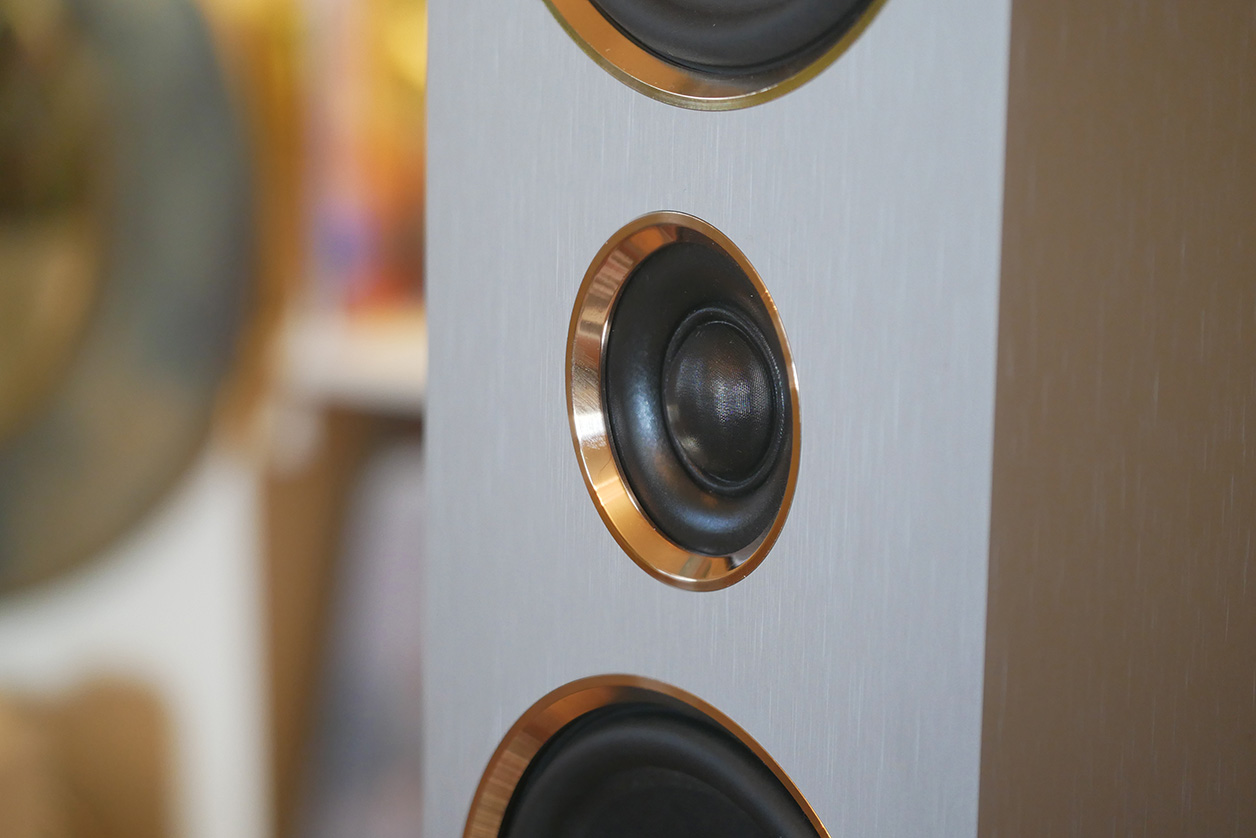 Given that the usual transducers in this room—Albedo Audio Aptica or Kroma Audio Mimí—are far from chopped liver, I was taken aback by just how well the Fram showed. I was, to overhaul that trusty ol' word flummoxed, frammoxed.