Two early adopters on headfi.org expressed surprise at hearing significant improvements right off, particularly in the disciplines of layering and sorting to build out spaciousness and dimensionality. This would serve as counterpoint to the Terminator's natively dense organic 'analogue' sound where both felt that the Denafrips had lost none of its core strengths. According to them, it had simply gained in resolution and openness to make its performance far more 3D. In my book, the battle/balance between density and airiness, materialism and recorded space, is at the core of personal system tuning. Between listeners who prioritize fat tone and maximum image density to those who place the highest value on quasi holographic soundstage mapping, there are those who pursue both values to varying degrees. It makes for endless mixes. That said, it's usually the case that to get the maximum of one demands that we give up on the other. How would I rate the new balance?

Old board out, new board in.

Before any confession, the more or less mind-rattling aspect here would be cause. Whilst PS Audio have successfully milked the concept of sonic changes from firmware changes to the nth degree, their FPGA handles actual conversion to DSD which then just gets low-pass filtered. In the Denafrips, it's the R2R ladder network that does the main job to mean unaltered hardware. Over the years of course, Devialet too had rolled out successive firmware updates to the controllers of their class A/D integrated amplifiers. Those updates could alter sonics in such profound ways that Marja & Henk on staff who own two often rolled back to a previous version because they preferred it. Since the Denafrips upgrade relies on an easily reversible board swap not overwritten code, owners can go back to the original whenever – unless of course the new one simply smokes it. Which, inhale deeply then pass it around, does it ever.

I listened via the Terminator's I²S-over-HDMI input as usual and by USB, the former with Soundaware's D300Ref reclocker. Not having used USB-direct in many pale moons, I'd forgotten that unless the USB input is selected, the Terminator won't show up in a computer's sound device window. In any mode but USB, it's effectively disconnected despite the USB cable still being seated. Once I had rebooted my hazy memory, it showed up pronto and Audirvana 3 duly confirmed the new maximum 1'536kHz sample rate. Setting the player to max power-of-two upsampling plus exclusive access, direct and integer modes, the display confirmed 16/44.1kHz as the incoming data density and 32/1'411.2kHz as the outgoing. Owners of devices like Chord's M Scaler will do custom upsampling in hardware. One headfi.org poster did just that to rousing success. In short, all the numbers worked as advertised and as a result, selecting NOS/OS mode on the Terminator made for a more audible difference particularly in the treble where OS was more informative and resolved.

The first test track was a recent favourite: "Sehidin Vedasi" from Eda Karaytug's Masum Ask on the reliable Turkish Kalan label. Despite loving the 'heroic' arrangement seemingly based on a Bulgarian or perhaps Serbian folk song, I didn't think it particularly well recorded. Amongst other things, it'd benefit from a de-esser plug-in I thought. At 2:07 when the chorus first appears, there also was seeming distortion primarily in the left channel which, after the board swap, turned out to be a close-mic'd crusty string tremolo. Post op, the Terminator had the clearly higher resolution and spatial separation. Surprisingly, Eda's voice and the strings around here sounded sweeter, her sibilants no longer distracted and, best of all, production values across the line felt higher. This no longer was an album I loved the music of but wished it was better recorded.

'Remastering' your poorer Redbook recordings by replacing a €200 digital controller board? For the actual result, quite. The same proved the case for piano recordings by Eugen Cicero and Jacques Loussier. 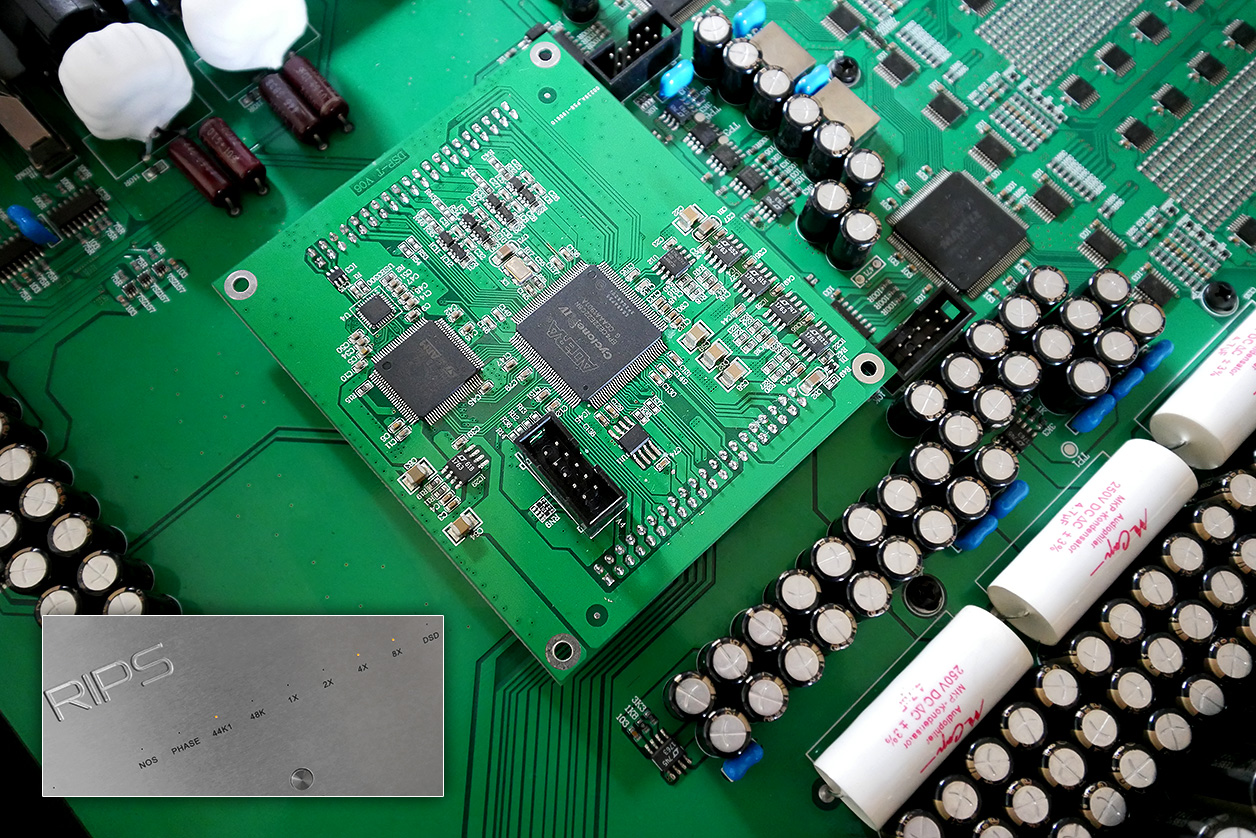 My question was, had 32 x upsampling in Audirvana rendered the D300Ref superfluous? The Soundaware limits at 192kHz, thus integer upsampling to 176.4kHz. Before, the external super-cap powered USB reclocker had clearly beat USB direct. Just as clearly, USB now with the new maximal upsampling enabled had moved on and up. I needed to know whether it had equalized or even moved ahead. Either way would simplify this system by eliminating one component I could use elsewhere. [To correctly configure the HDMI pin-out for I²S transfer with Soundaware, one presses the 'phase' button while in mute. Now the 1x, 2x and 4x LED turn on/off in a fixed pattern to denote '000' – '111'. The wanted pin-out for this combination is '100'.]