Guttural. A mostly wordless song in the key of open. 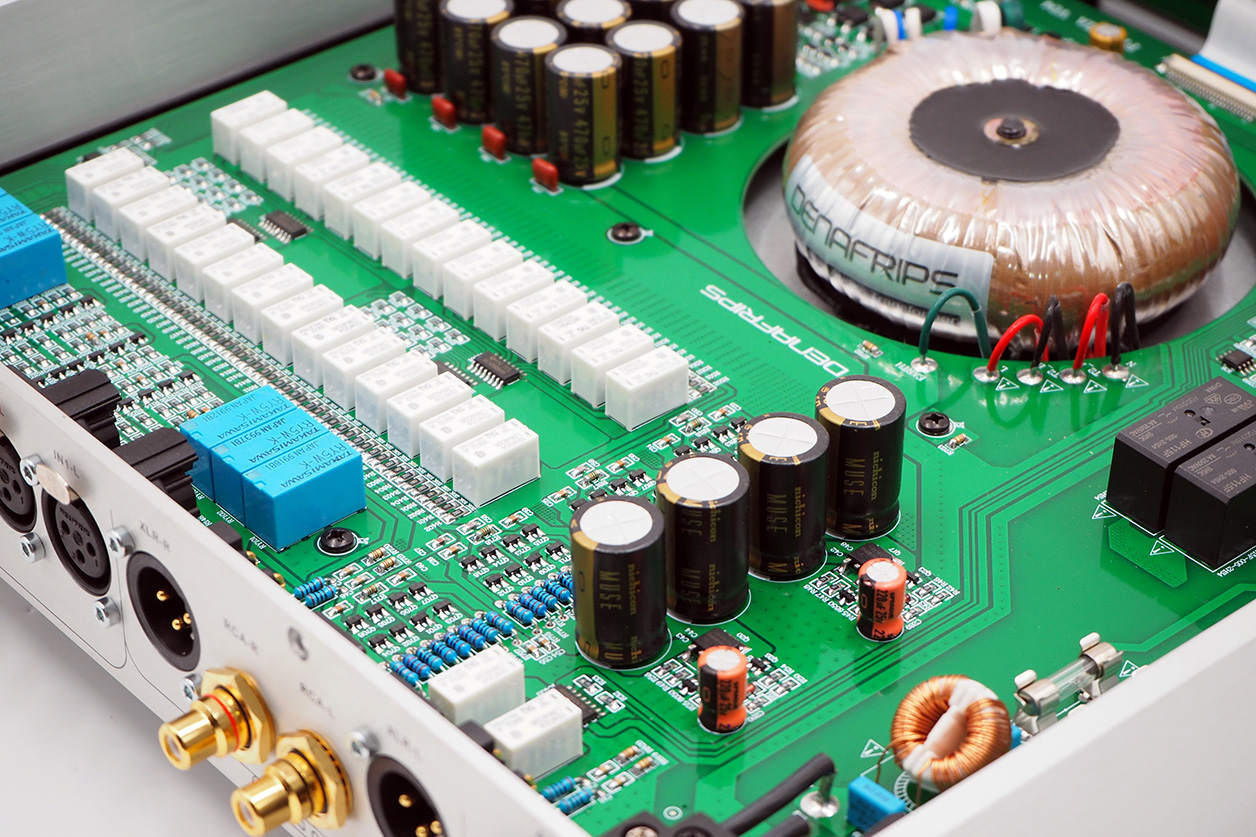 Precision surface-mount resistors switched by relays. It's how Hestia controls your volume. 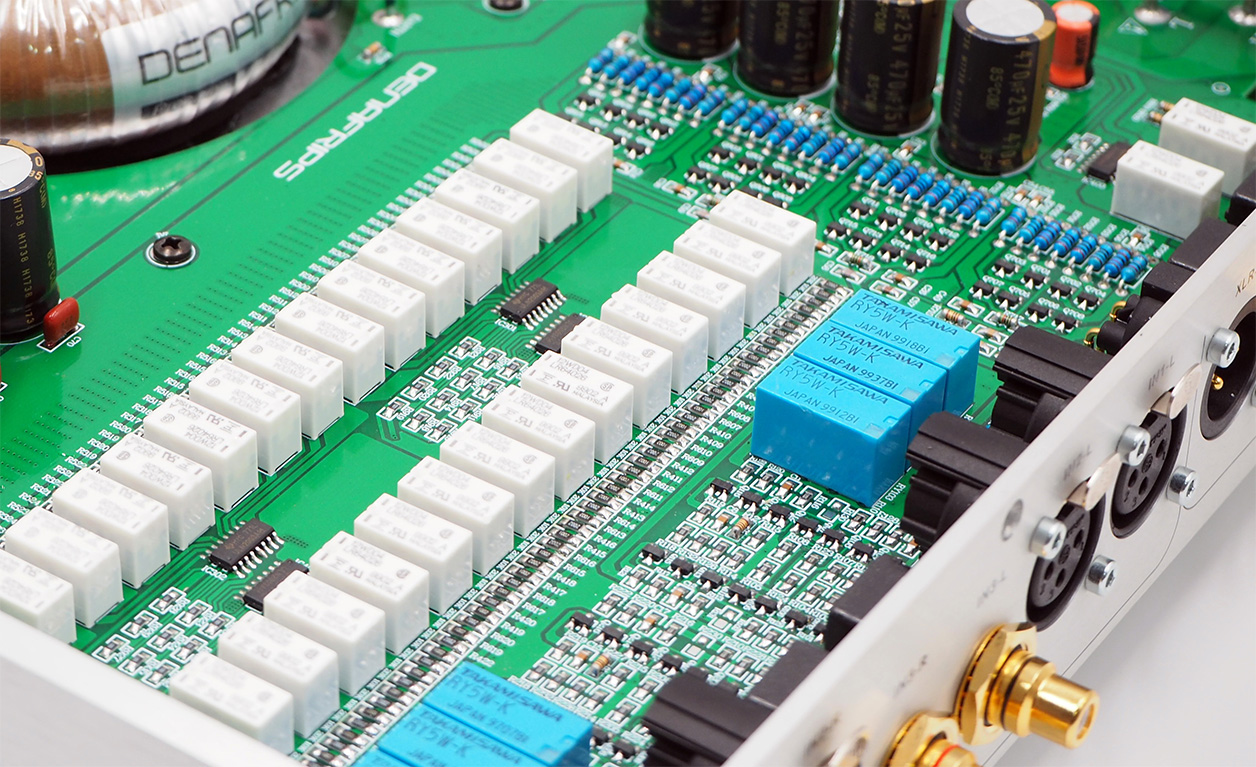 Massive metal rails partition off the amp's beefy power supply in the middle from the output stages on the sides. Divide and conquer. 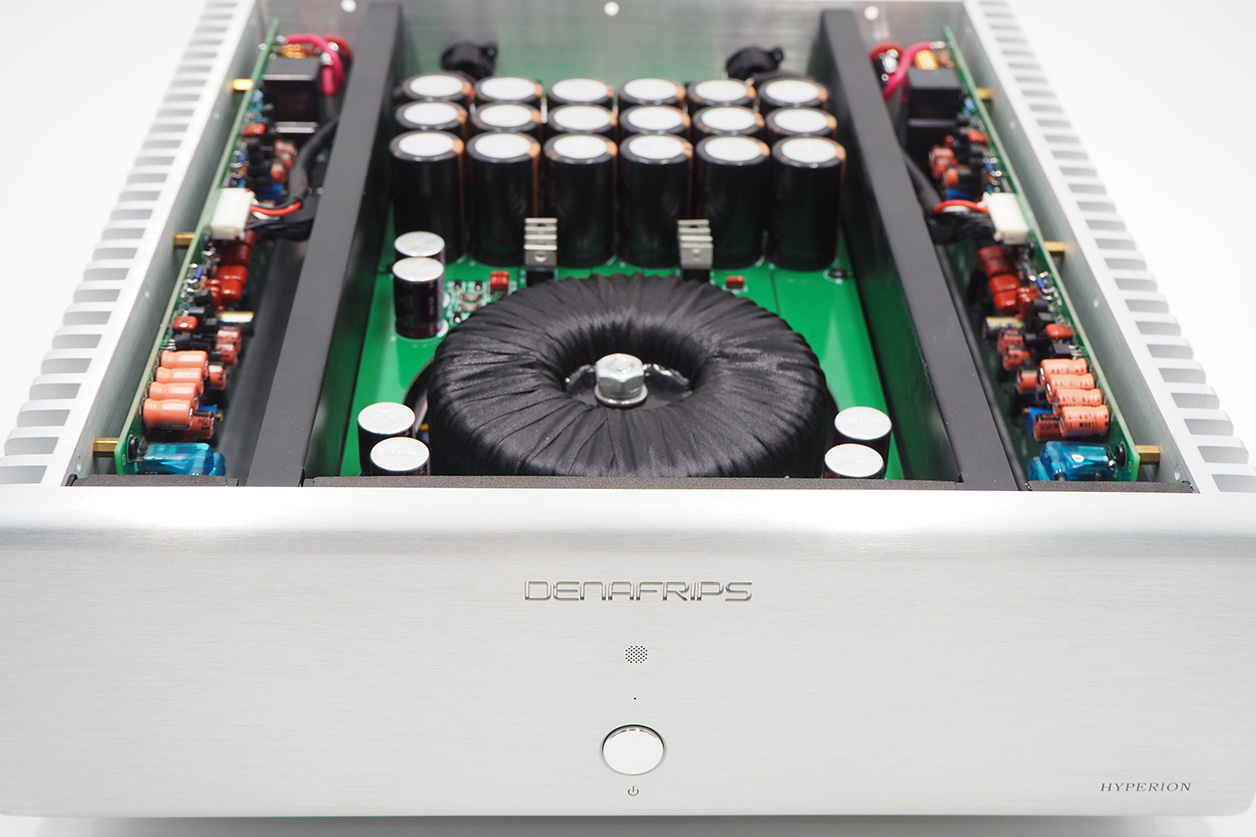 The rear panel is held captive inside heatsink slots, then further secured into the braces and top cover. Even the binding posts are choice. With these true balanced outputs, both '+' and '-' speaker terminals are live. Shorting them = smoke. Make solid non-slip connections before you fire up Hyperion.

Buyers should have no reason to be anything but super impressed with the build quality which Zhao lavished on these budget-aware components. From our hardware, the most obvious comparators would be Wyred4Sound's original $1'799 STP preamp and Goldmund's $1'695 Job 225 amplifier. Both are acknowledged overachievers in their respective place. Were these Denafrips twins to make their mark in the same general spot, we'd have two more serious recommendations in that sector. For further games, I had Simon Lee's Stello 100MkII separates back from his April Music era. Those retailed for $2'500/pr then, again commensurate with today's challengers. For a final 2-in-1 alternate, Kinki Studio's EX-M1 integrated which Vinshine Audio deliver for ~€2'200 to EU clients would fit exactly the same bill should one prefer just one box and twice the power. 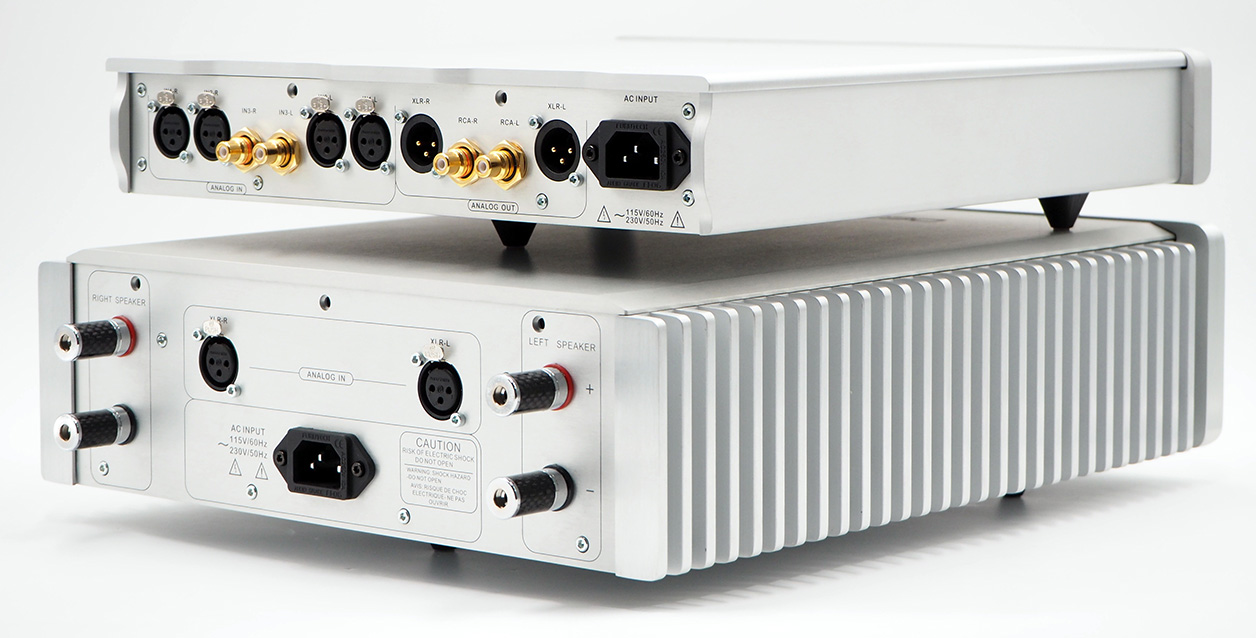 With my contrast sessions so easily mapped out a priori, I closely followed the packages' progress with Alvin's DHL tracker. They hopped aboard a plane in Guangzhou, flew to Shenzhen then Hong Kong before departing Asia. The next stop was Germany's Leipzig, then the UK's East Midlands before finally touching down in Ireland's Shannon. After providing customs with proof that these were indeed commercial review samples and not smuggled contraband, the two boxes from China jumped on the white delivery van of our local DHL subcontractor. Globe trotters.