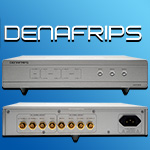 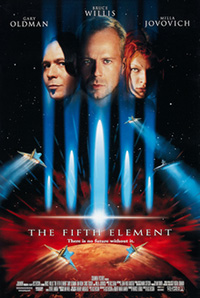 The 5th element. The ancients spoke of earth, water, air and fire as their chief elements. Then they added a more mysterious fifth called aether. They believed it to fill the universe beyond our terrestrial sphere. Hindus have their own names for them so pritvi for earth, jala for water, tejas for fire, vayu for air/wind and akasha for space. Enlightened masters, meditators and certain psychics speak of accessing the akashic records. According to them, they include everything which ever happened so also a detailed record of all our past lives back to when we were still clouds and trees.

Luc Besson named his SciFi flick The fifth element and with the famous blue diva interlude, created scenes for the ages.

Denafrips call their new masterclock Aether. No matter beliefs or movie tastes, the name invokes a finer sphere of influence than the gross materialism of primary sound makers. That's à propos when its 8 x 75Ω BNC carry no musical signal, just steady clock pulses¹. What's more, they don't disseminate at what for external clocks has become the 10MHz standard.

Like Grimm, they do it at 44.1/48kHz, 11.28/12.28MHz, 22.57/24.57MHz or 45.15/49.15MMz so direct matches or simple integer multiples of our audio/video sample rates to require no synthesizing. As Grimm would remind us, the best clock is the one closest to our converter, preferably just millimeters of circuit trace removed. Denafrips agree. It's why their flagship Terminator Plus DAC features clock outputs. With them one can clock-slave the preceding transport to the converter. It's simply not possible when one's transport lacks the right clock inputs. It also requires high-speed impedance-matched digital cables. Here online seller Thomann can set you up with a 20m (!) Sommer Cable for just £27. Shorter more home-appropriate lengths are obviously available for still less.
_________________________________

¹ A word clock sends an electrical pulse to let each device know when a sample occurs during A/D and D/A conversion. If the sample rate is 44.1kHz, this pulse is sent 44'100 times per second. Clock information travels one way from master/host to slave. The word clock signal itself is a square wave. To reproduce a perfect square wave requires infinite bandwidth. This isn't practically feasible. But to approximate a square wave's very specific state changes still relies on cables of very high bandwidth to reduce cable-induced clock jitter. One wants to minimize rounding errors in the wave form which create time smear.

Our Soundaware D300Ref and D100Pro USB bridges have the right clock inputs opened/closed by rear switch. Having already done this with the Terminator Plus, I knew it to be effective if obviously far more etheric than swapping speakers or amp. But the resolution gains were real despite not running a recording studio to sync up numerous digital workstations and processors for multi-tracked mixing or mastering. It was still relevant with a simple 2-channel source to a home-audio DAC. With Aether, esoteric masterclock options for home-based users just gained a new entrant. Being Denafrips, it's not a €10K-ish 25kg 'atomic' Rubidium clock. It's 6kg and ~€1.6K Singapore-direct. With a mix of fixed/adjustable outputs, the latter can be set to one of the three higher frequencies. If you're a normal 10MHz user, today's clock can't become your digital metronome. You'll want to look at AfterDark, Antelope, Esoteric, Mutec or SOtM types.

The Denafrip is then twice esoteric. But it never claimed otherwise. Its name and spelling are a sign: Aether.