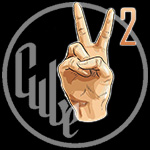 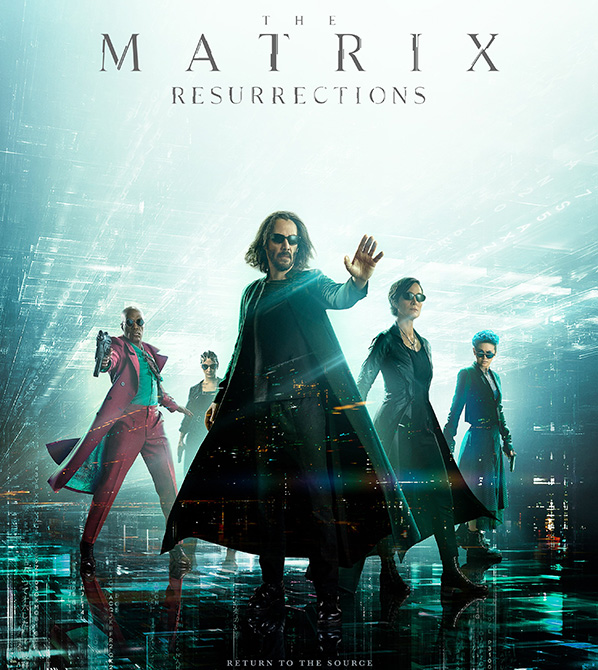 He'll return in the Matrix Resurrections.

At Cube Audio, he already has. There he's known as the yellow pill. Return to the source.

Nenuphar the single-driver floorstanding quarter-wave speaker premiered it to the world. The world quite universally responded with a thumbs up. The genre had a new Kaiser; cesarz in its own tongue.

Then a few years of rulership went by. The men behind this throne didn't stop scheming. With v2 they now mean to build out their lead plus renew interest in Nenuphar and equivalent DIY efforts. And, v2 is a simple drop-in upgrade.

When Grzegorz asked whether I wanted to drop in on it, I checked my pulse. It clearly was up so 'yes'. It also triggered a question. My originals had plenty of mileage. Unless the new ones arrived pre-conditioned, no comparison would hold real meaning.

I needed a ready pair. Could they deliver? If so, my mini review was on.

Either way, itchy wallets want to know. How does v2 the Neo driver differ from the original? Cone geometry? Whizzer arrangement? Motor specifics? New surround? Other?

"The development of our 15-incher is still in the works. During that ongoing process we discovered a few things to first update our 10" line of drivers. We'll also have a smaller cheaper 10" loudspeaker to place close to the front wall/corner for proper tonal balance. When ready, we would like to send you that. With F10 Neo updated, we'll obviously release Nenuphar v2. Then we're working on a new…"

This is where I've been still sworn to secrecy. Suffice it to say that if ambition turns the world 'round, things at Cube are spinning. To avoid motion blur, today is purely about the new driver as dropped into the original Nenuphar cabinet. Trinity to Neo: "Have we met?" 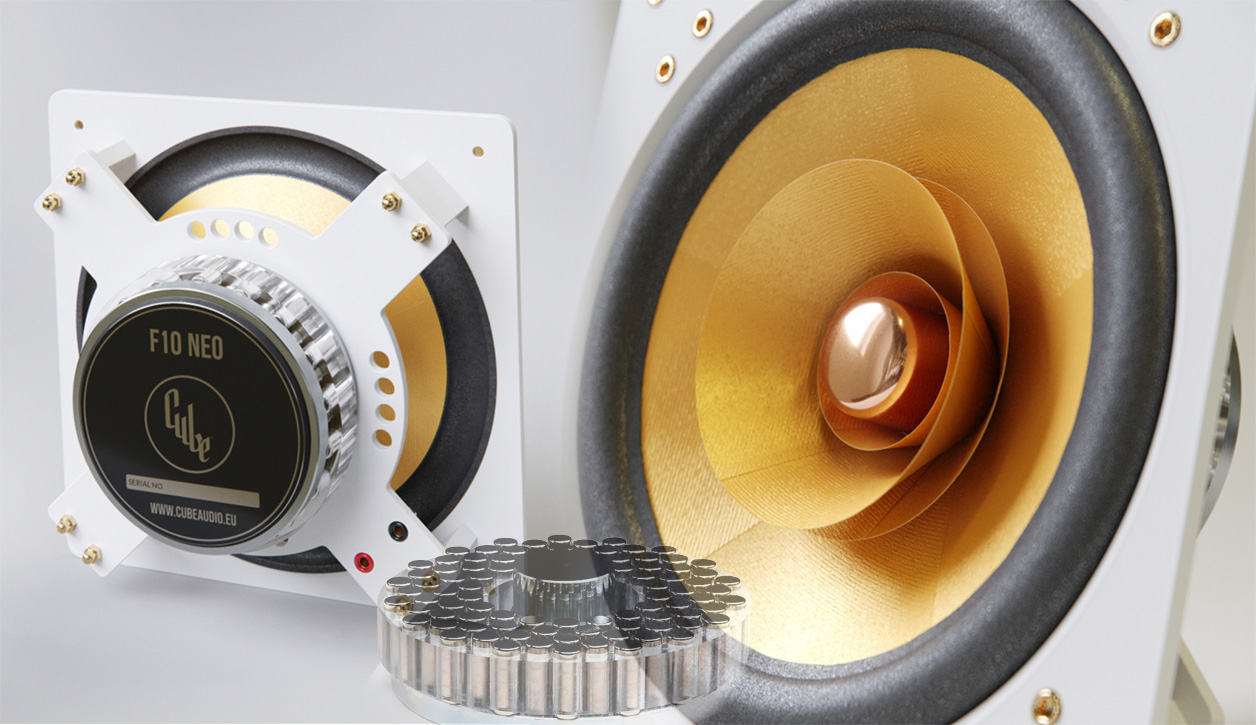 "The Nenuphar and Nenuphar Mini line of speakers now has even more bass and high-frequency extension with slightly less upper midrange energy. This results in absolute sonic immersion. The new v2 wood finishes are oak and smoked eucalyptus. In our experience, the heavier balance also makes them even less picky about partnering electronics" Our answer for what v2 improves is simple then: more bandwidth in both directions, a bit less presence-region amplitude, more weight. For how it has managed that, I dispatched another email inquiry. The Nenuphar Mini mention already alerted us that v2 also applies to the F8 Neo driver, the company's best 8-inch widebander. Both are new. 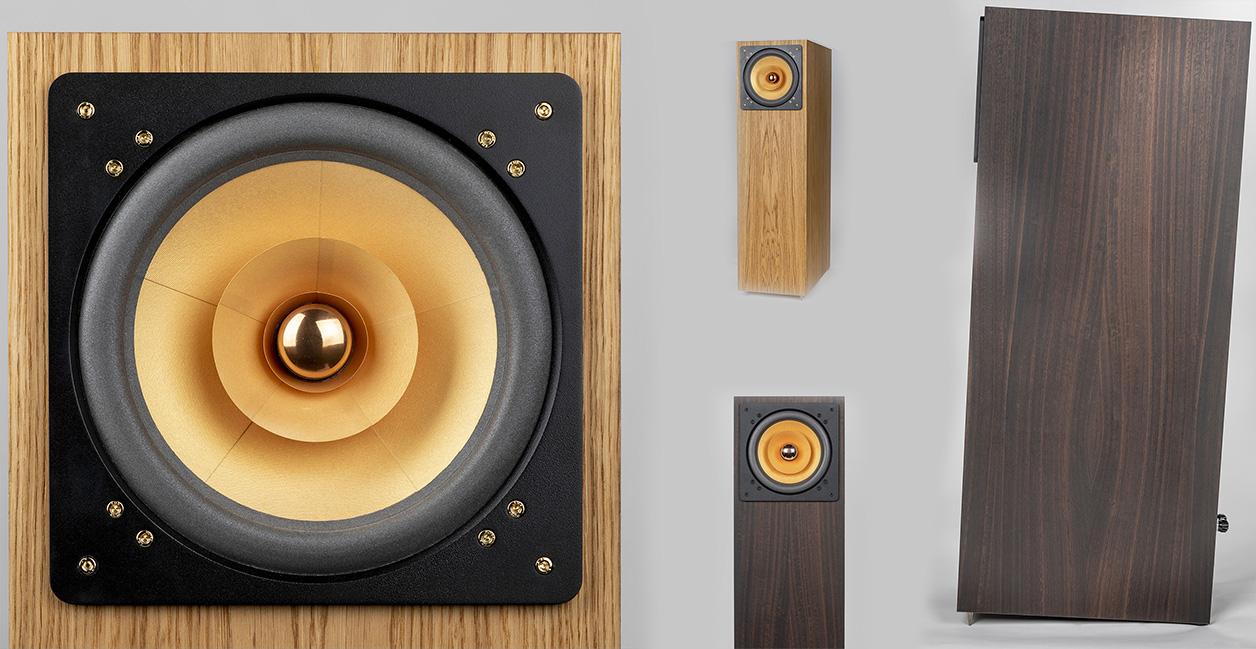 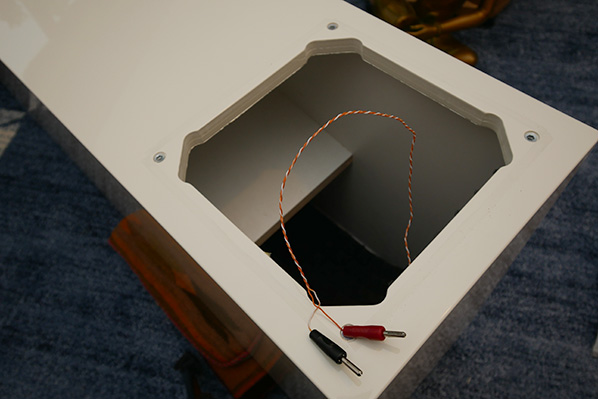 A physical inspection of my new 10-inch samples clearly showed differences in their triple-whizzer array.

The innermost one had significantly shortened. The diameter of the main one had shrunk by slightly more than 2cm and its aperture's angle narrowed, with the third whizzer shadowed by it apparently following suit.

"The voice coils too are different and wound with different wire sizes. We even added an extra layer of clear coat to the cones and whizzers to enhance the sound and vastly improve moisture resistance. All this slightly altered the drivers' TS parameters, Qts went up and inductance Le down for both 8" and 10" versions." The very well-packed v2 driver set included two hex drivers, four threaded hex inserts, four golden hex bolts and a roll of adhesive caulking each. With the driver terminations on bananas, the swap wouldn't involve any soldering, just some … well, screwing. Even crazy audiophiles know how to do that.

Most also know how to read. On the subject of mating—with this type speaker, many think tubes are mandatory—the firm has a list of amps which customers love on their Cube speakers. Aside from expected SET and push/pull tubes, here we find mentions of the Aesthetix Mimas, Bakoon AMP-13R, FirstWatt SIT1 & 3, Grandinote Shinai & Demone, Lindemann MusicBook 250, Naim Audio XS2 & Uniti Atom.

So paying punters have just as happily voted transistors as they have tubes and class A through D. I'd join the solid states(wo)men with Enleum's AMP-23R to the tune of 25wpc class AB. 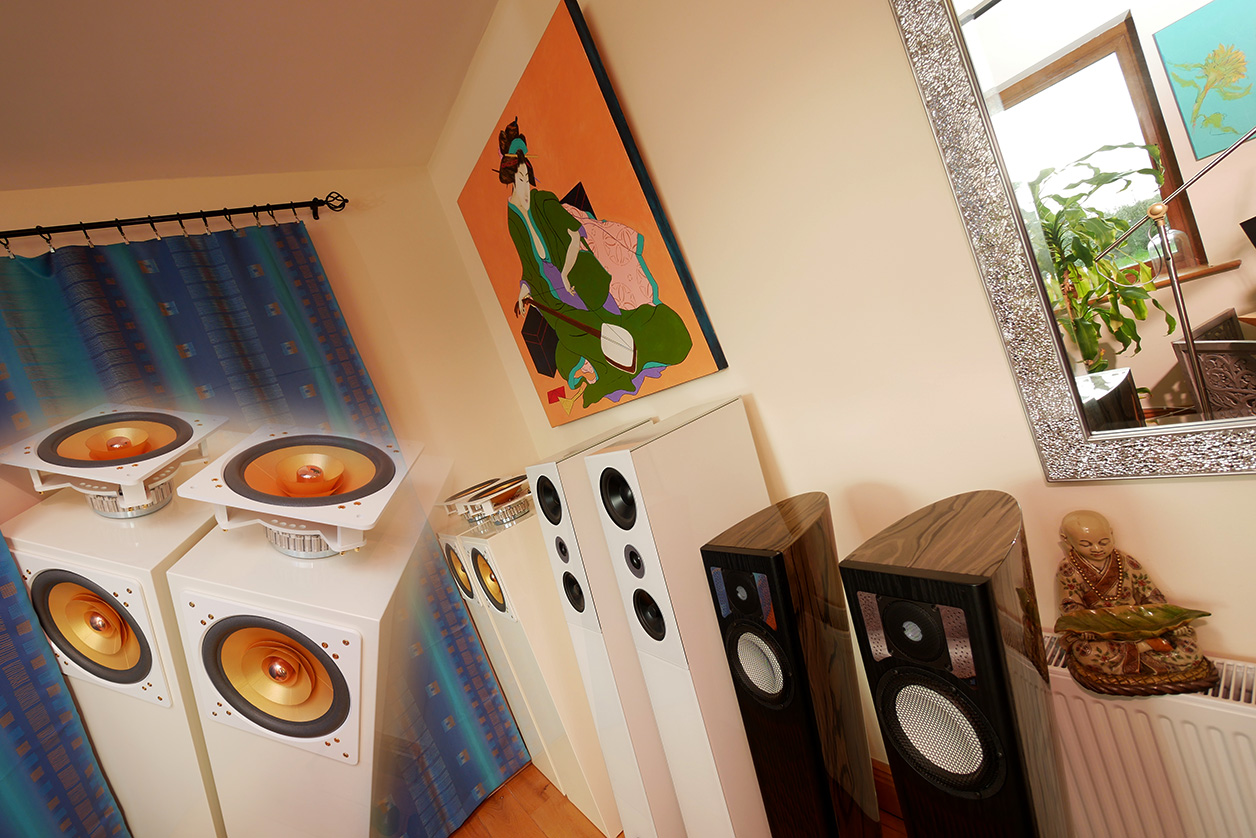