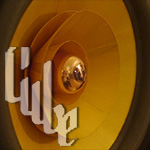 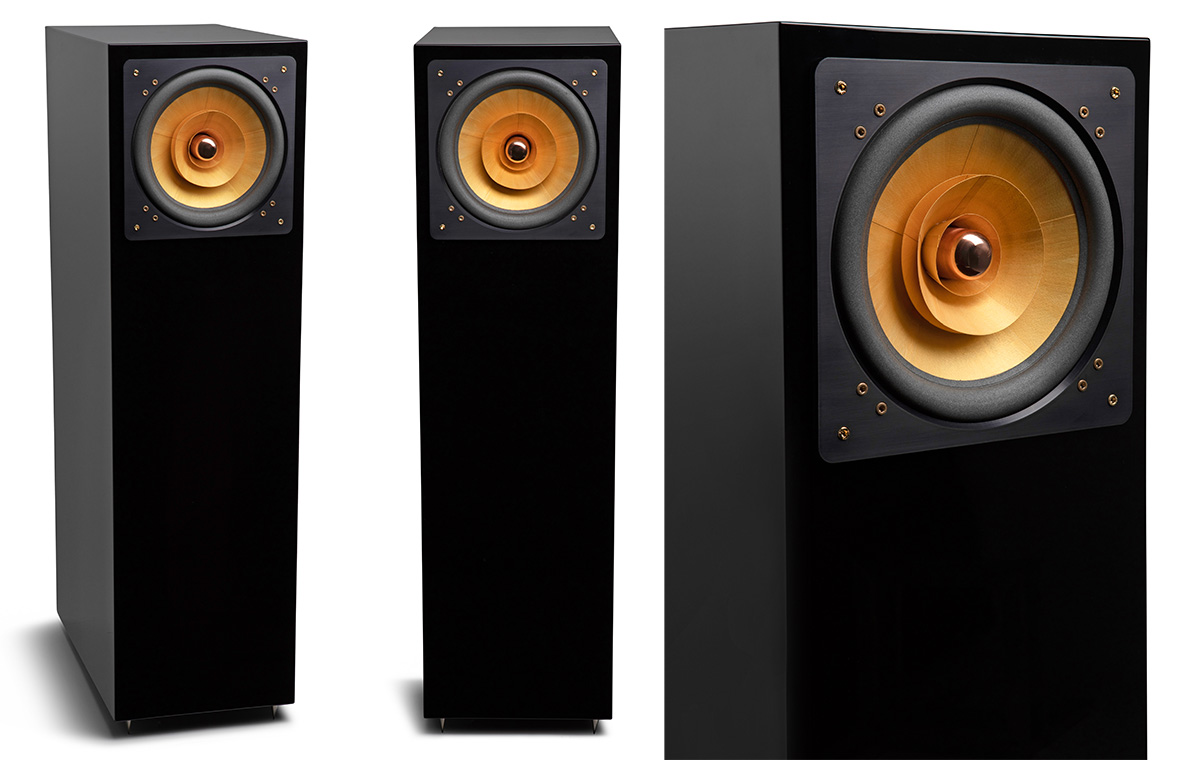 From the Medieval Latin nenuphar and Arabic nilufar, meaning lotus. For how botanicals and hifi come together, consider Grzegorz Rulka's triple-whizzer widebander. Because its looks remind him of a waterlily, Nenuphar became its name once it mounts into its custom-adapted quarter-wave cabinet. When sold solo, the driver goes by the more prosaic F10 Neo. Premiered at the alternate Marriott-based HifiDeluxe event in parallel to Munich's HighEnd show in the M.O.C., this photo also shows Cube Audio's uniquely executed phenolic low-loss spider and neodymium 'flower power' motor with 81 magnets for 2.4 Tesla of magnetic field strength in the gap. Like AER, Rethm and Voxativ, our Polish widebander house mints its own drive units. At 10 inches, this is their biggest and most ambitious yet. 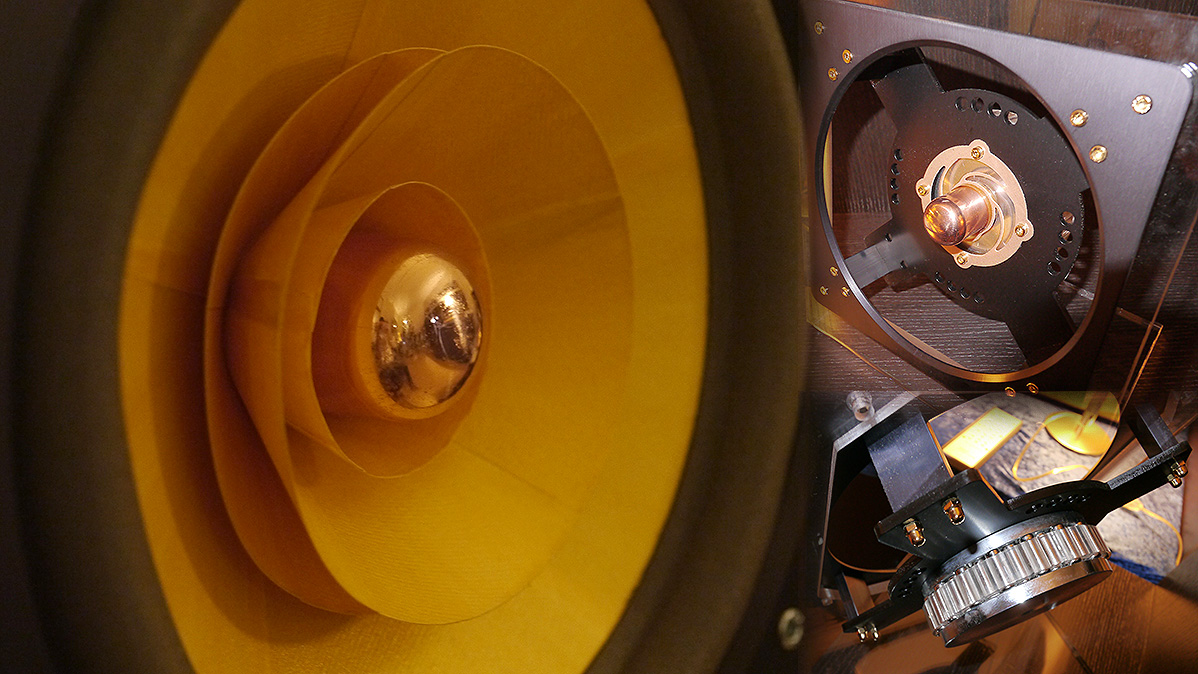 By extending the operational bandwidth even lower than Cube's existing 8-inchers, the Polish team had to work harder on creating equivalent reach and transitional dispersion in the HF. Hence the elaborate new triple whizzer. One of its secondaries does canceling duties of certain response wiggles since Cube run their widebanders without compensation/notch filters. That only leaves the mechanical domain to correct response abnormalities. Here critical parameters were whizzer diameters, lengths and profile angles. None of this could be modeled in existing software so the MO had to be old-fashioned trial & error instead. The result is a ~93dB efficient widebander of the same diameter as Zu's customized Eminence platform though without their hard-hung pleated fabric surround from the pro arena. For broadest useful bandwidth, Grzegorz very deliberately didn't pursue extreme sensitivity specs of 100dB which never track into the bass registers. In that regard, the Nenuphar is no more efficient than a modern Wilson or Stenheim. It's with point-source dispersion and zero-filter directness where it re-enters the 'Lowther' stream of the traditional widebander ethos though on bass reach, it's more ambitious than most of the breed without relying on the crutch of gargantuan rear horns à la Arcadian Audio Pnoe. 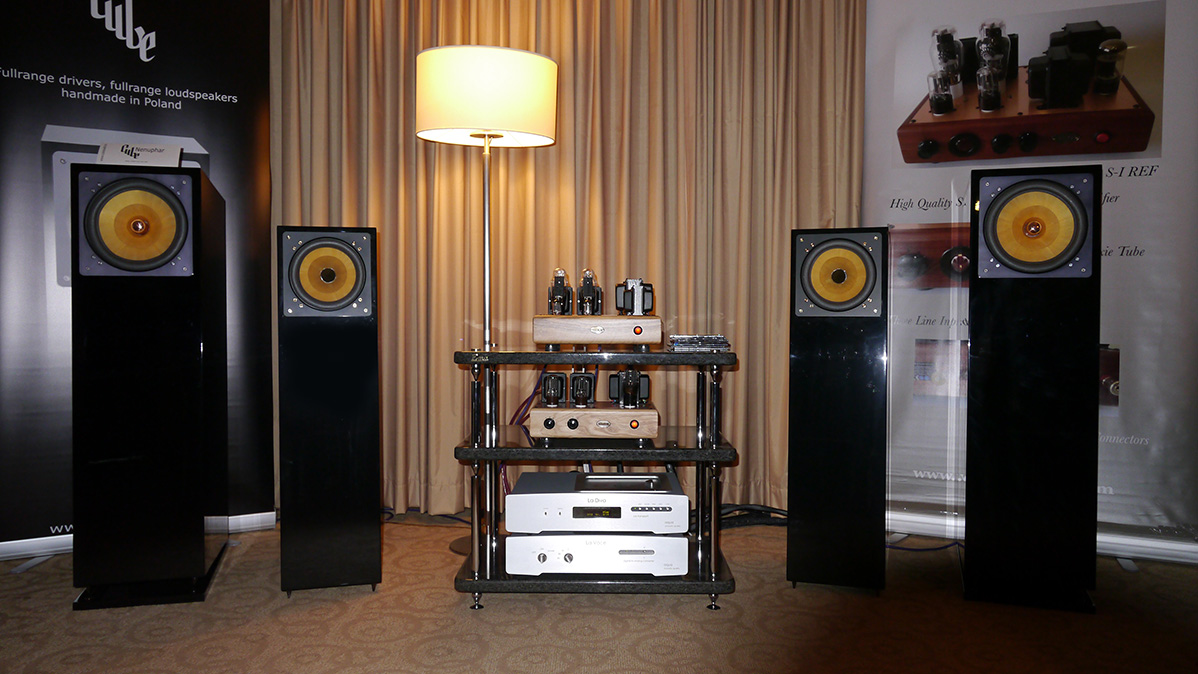 A few weeks after the Munich show, Grzegorz had updates. "Your loaners are being made at the moment. The cabinets will be painted white by the end of this week. Figure on some curing and I believe that in about 3 weeks they should arrive at your place. And yes, there will be three new drivers. At €3'990/pr, we'll have the F10 with a ferrite motor. At €5'990/pr and installed in your loaners is the F10 neo with the neodymium motor. That motor also shows up in our new €4'990/pr F8 neo, the new top-line 8" version with one additional corrective whizzer. Installed in a cabinet, that will go by Nenuphar Mini and sell at €9'900/pr." It was a good time to be a square – er, cube. If you still fail to see why, you probably missed out on my first Cube Audio review.