… quotes from my Zu Soul VI/Nenuphar v2 bash. Head kicks or body shots? Aside by submissions, competitors in mixed martial arts aka MMA get finished with classic head punches, debilitating liver shots, crippling calf kicks. The violence is the same, how and where it lands divergent. Nenuphar attacked from the upper midrange upward for classic head aim. Soul VI attacked solar plexus and liver. Both behaved very dynamic yet the origin of their behavior had different centers. Nenuphar sounded faster because it blitzed higher and lighter. Soul 6 sounded brawnier because it clobbered lower and loaded up heavier. As far as a silly tie-in with modern cage pugilism goes, this is a pretty accurate attempt at pegging two core gestalts. 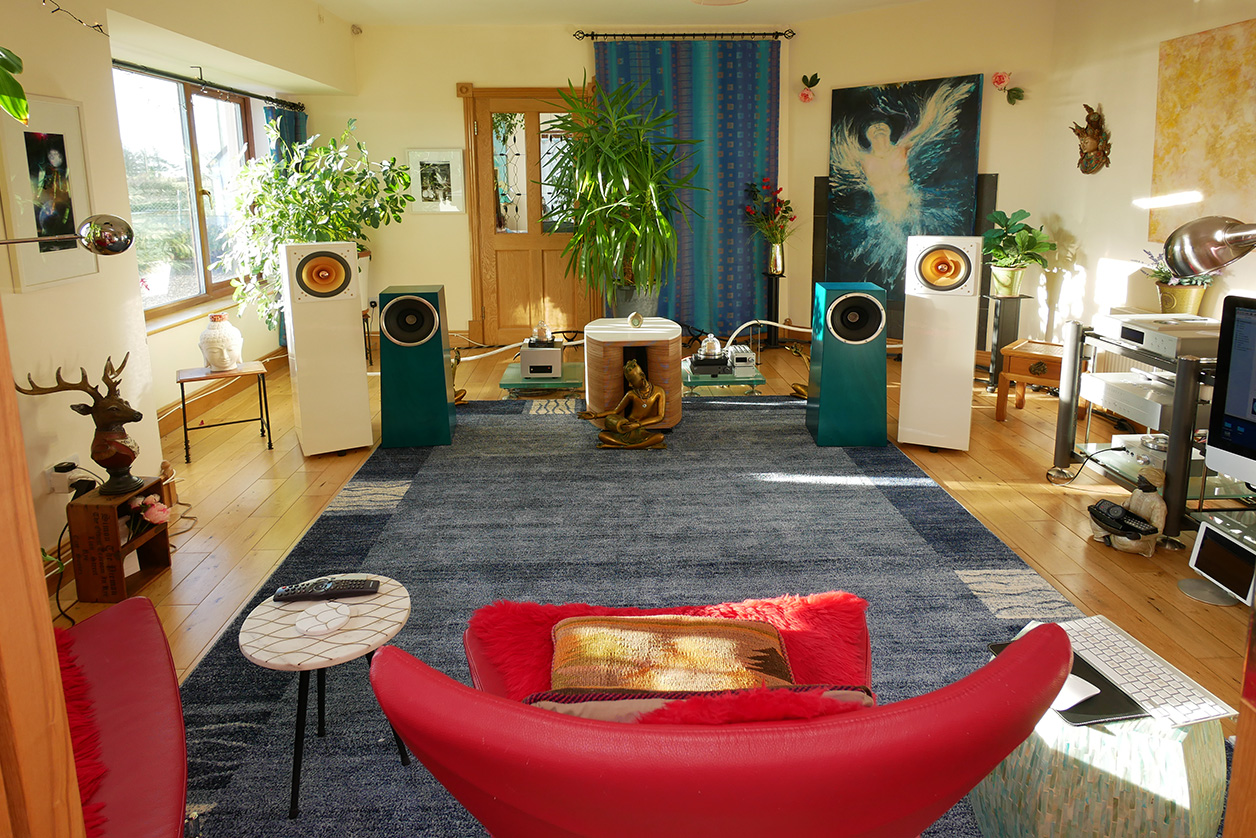 Nenuphar was clearly airier and did ethereal, fragile and upper harmonics far closer to my Raal ribbon headphones. Its perspective also was taller—the above difference in widebander height shows it physically—and its on-stage lighting stronger. Music's power range was softer and though its far larger quarter-wave cabinet added raw extension, bass textures were bloomier so less well damped. The Polish speaker benefits from a subwoofer not so much for extra reach but to swap in control and grip where the cab's loading softens. The American appreciates a sub for an extra octave's extension but needs zero help with controlled grip. Its stage lighting was dimmer, the overall scenery darker. This traded sheen and brilliance for saturation and chewiness. The Zu also requires less tonal compensation from preceding electronics and was significantly more sensitive to go louder on less signal voltage.

It also avoided any tonal upshifts when the going accelerated. Take "The Rod" by the World Quintet. It unites power-stomp piano, Klezmer clarinet and flute, rollicking percussion and assorted raunchy brasses in the melée of the swingé 4'28" bridge. No matter how I cranked the SPL, nothing with the Zu turned top-heavy or too close to a nerve. No splash and tinkles in the piano's upper hammered keys, no shouts in the careening blackwood's high registers, no undue insistence on those of the paralleled flute. The power range of the keyboard, upright and kick drum too had more crunch and punch than over Nenuphar. If Cube's Nenuphar v2 is a perfected version of Lowther's original aesthetic, the Zu Soul 6 is a very dialed take on the Klipsch/JBL ethos which attempts to bring into our home live PA sound. That now set the stage for today's Soul 6/Jazzon encounter. Having already mapped how Jazzon diverged from v2, we knew going in that the latest Cube would split the difference to the Soul VI if not more. The real question was by how much.

22.74%. If I was a robotnik with hi-tech appendages; if someone clever had written code to take the right suite of measurements then weigh them… such a figure might be conceivable. As is, my brain won't spit out neat percentages. Set up diagonal very close to quickly receding sidewalls—big Zu Submission sub in front corner off—Jazzon on 100 watts now played meatpacker beyond Soul VI. This traded down resolution and vocal-band insight, upped bass reach, power, chewiness and acted positively enormous. Warmth exceeded the Zu because from the power zone on down, I had more output. Soul still punched harder. Jazzon laid out more sheer weight. On speed and micro detail, Cube/Zu tables had turned from my Soul/Nenuphar showdown. Now Jazzon was thicker and heavier, VI quicker and more insightful. Jazzon presented as a Lowther/Zu hybrid. Sonics fell into the second half, means into the former. Boundary gain and robust class A/B transistors tuned for 'soft power' by designer Simon Kwangli Lee made Jazzon quite a beefcake. I flashed on my Rose Ave. days in Venice Beach. Carl Weathers in cut Predator form was a regular client at my wheatgrass juice bar, the outdoor gym a tourist attraction to gawk at showboating bodybuilders. In our video 2.0 setup, Jazzon belonged on that boardwalk. Its physique was fully hydrated so without a competition date in sight to chisel out striations. 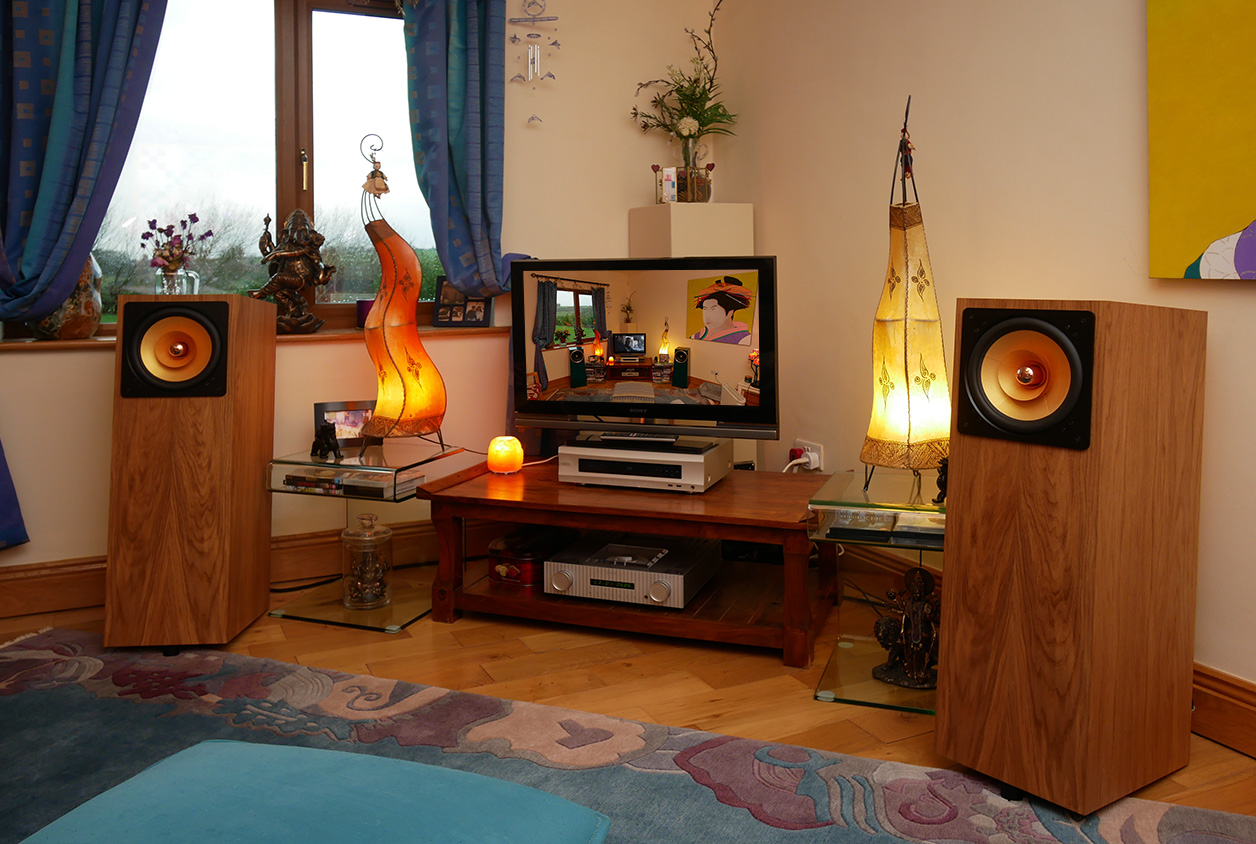 In this room, Jazzon was already nearly too much speaker given wall and couch proximity. I guarantee you won't need more. Count out a subwoofer even for movie mayhem and comic-book carnage. Cube tuned this box away from the breed's top-down inside-out illumination. Fronted by power, it wears steel-toed boots, tattoos and loves to go loud without losing its bottom-up composure or tilting its fleshy response. It's uncomplicated, chunky and carefree fun. It's the Rock twin of Nenuphar's more high-brow aesthete. Relative to Soul VI, the only blemish is price. Zu give us more and more advanced finish options for less, then shrink the form factor with its more complex inner build. Economics are a harsh mistress. Sharp shoppers worship at her altar. Informed reviewers are expected to notice. So I just did. 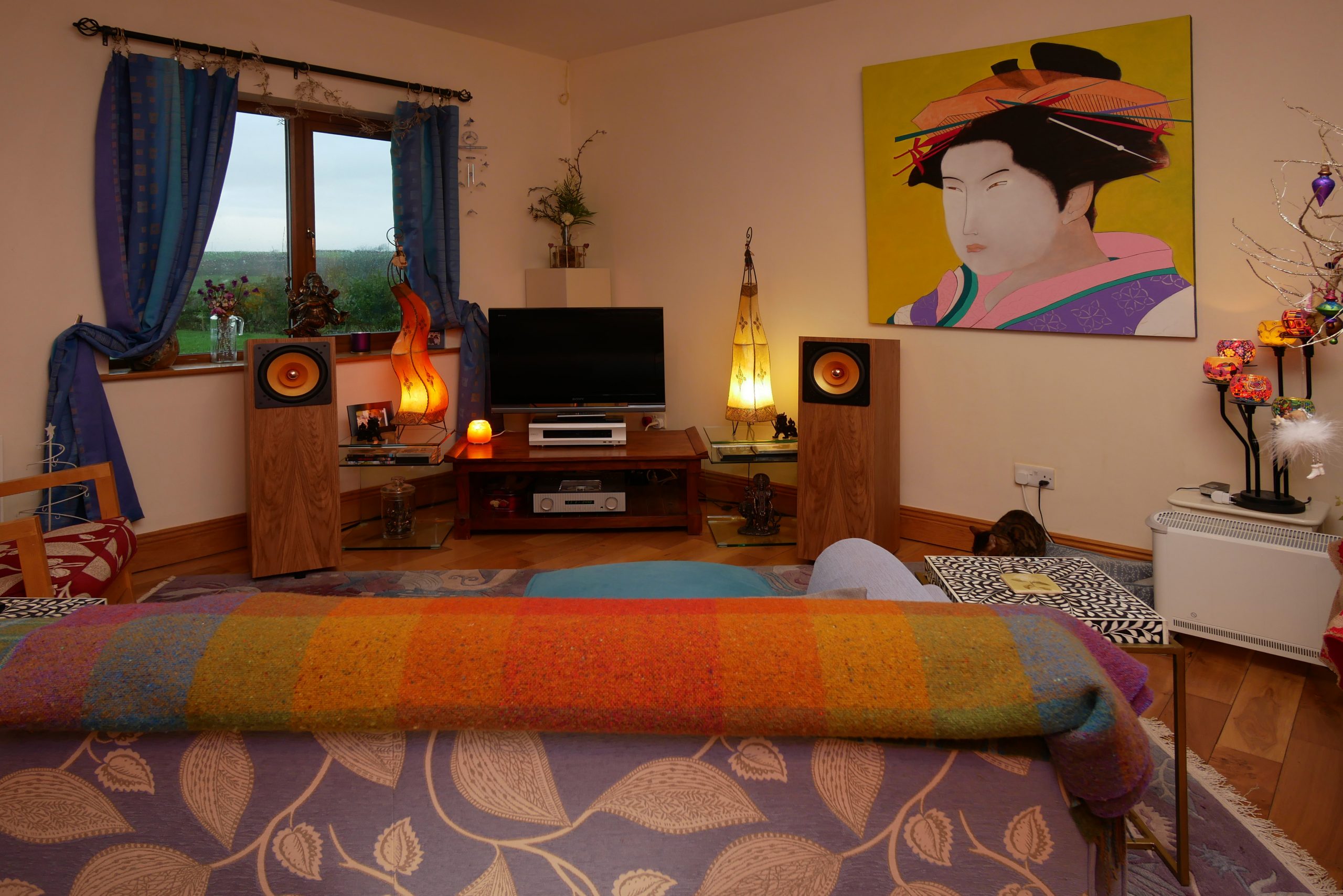 Telling tally. Widebanders are bright, forward, prickly, bass shy unless enormously big, fickle with ancillaries and mostly fit only for uncomplicated acoustic fare. Somewhere in there live the beliefs of the uninitiated who reheat popular myths or have only met flawed ambassadors of the breed. Those do exist. Cube's Jazzon upsets that bag o' biff without Zu qualifiers of specific amp demands for 16Ω impedance and/or high efficiency then none of their punk persona. Some buyers are stuck on that persona as insurmountable hurdle. Others will predictably lump Jazzon with prior Lowthers because it looks it. Without first-hand experience, it all misses. Clear on paper already is Jazzon's normality of bog-standard 90dB sensitivity and big rubber-roll surround. Once heard, that normality extends to sonics and unfussy amppetite. Those willing to work harder at curating ideal amps; who demand higher resolution, speed and neutrality; who are willing to pay more for it… they have Nenuphar. Whilst looking virtually identical if a bit smaller though just as boxy/basic, Jazzon changes the game. It's really a widebander for the masses. If that spells out Cube's ambition and design brief, it's mission accomplished all the way!

After confirming pickup of their return pallet to Poland, Grzegorz wrote back that "we're very agile hence addressed a few remarks from your review. We changed Jazzon to being more dynamic and with better controlled even richer bass. Of course there's no sense to resend the speakers but if you ever read other Jazzon reviews and their perception is a bit different, that'll be the reason."

PS April 18th 2022: "We have a little update on Jazzon. We did some more listening sessions and experiments and decided to return to the foam surround for the F10 Select drivers. The midrange is definitely more magical with a lighter surround and the bass just a bit smaller but with better control." By July 3rd, we syndicated Dawid Grzyb's review of Jazzon with the current foam surround.