Meanwhile the current buffer of our amp sees these voice coils directly. There are no interceding parts which may shift phase or absorb/release parts of the signal delayed in time. It's perhaps fair to say that listeners particularly sensitive to the time domain could feel naturally drawn to the widebander concept. It sidesteps potential temporal blur and avoids recombinant effects across disparate drivers. And it's equally fair to point out that single-driver options are in the extreme minority on the global speaker scene so real outsiders and underground exotica. For the right shopper, already that has its own appeal. Today then we're clearly well off the mainstream beat down a little retro alley few ever take. Go ahead, laugh it off. But if you've never gone down it, who really has the last laugh? 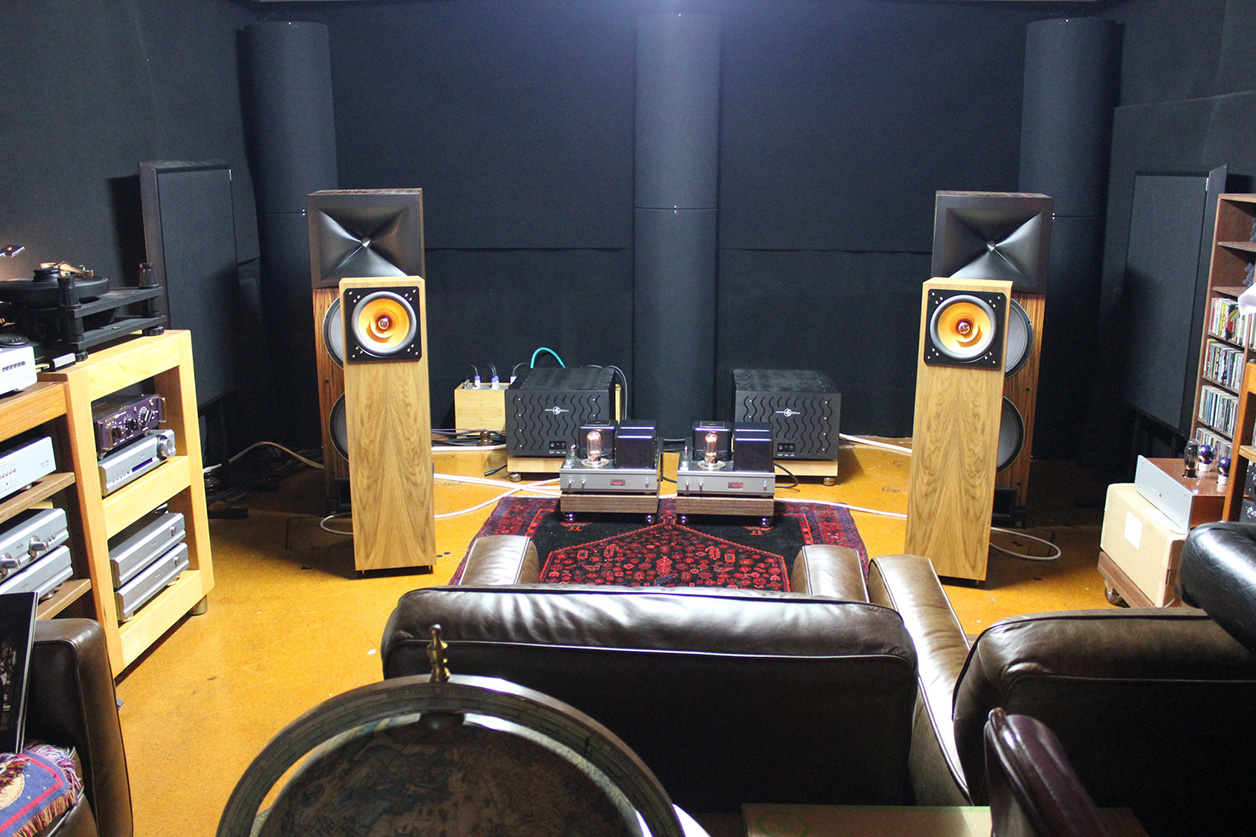 January 17th. "The Jazzon will be available in multiple skin options starting at €7'990/pr for satin and €9'990/pr for high gloss lacquer or natural veneer with resin & oil treatment. I get back to you with more ASAP." That was Grezgorz awaiting corrections from his translator before dispatching the full tech data. Sharing his model name is João Santos' software player focused on Jazz-based Internet radio stations. If that's not you, just say Jazz off and turn the dial to Punk Rock. 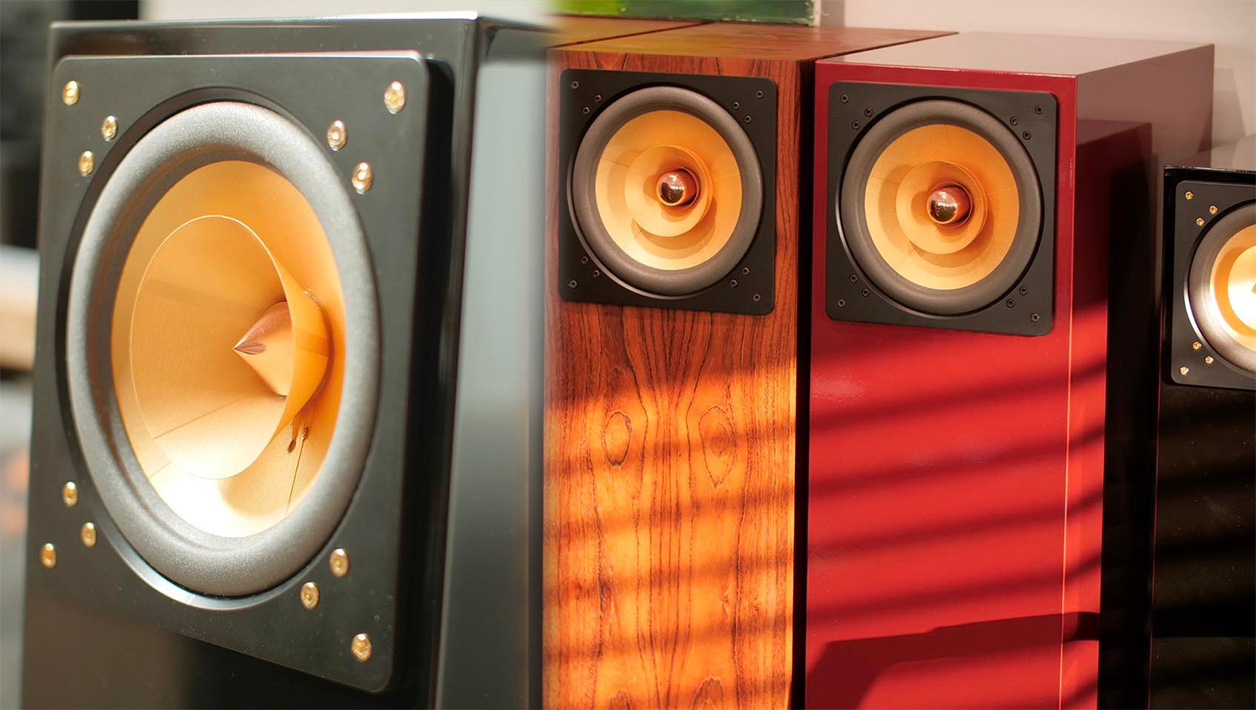 "When we first started experimenting with full-range drivers many years ago, we had one very simple goal: to make the very best full-range drivers/speakers, period. For some time now we have gathered very positive feedback not only from respected reviewers but happy owners worldwide. Today we still aim for even better sound delivered by new better-sounding speakers. During the long process of designing and refining a forthcoming 15" widebander towards very ambitious objectives, countless experiments and prototypes not only helped us discover exciting new solutions. We also saw that we had to question and challenge many prevailing beliefs and long-standing myths. Most recently we upgraded our best-selling Nenuphar models to Neo v2 drivers. Since the upgraded Nenuphar speakers are even more balanced, feedback from the audio community was amazing. Many people enjoyed and praised the less pronounced upper midrange and noticeably more prominent bass over the original version. Better understanding the majority expectations of music lovers, we then wanted to create something very special: 10" drivers and corresponding boxes that in addition to the magic, immersion and naturalness of Nenuphar, would be easier to match to existing electronics. Finally, designing the new driver around a ferrite-based motor allowed us to offer the raw drivers and speakers at a very attractive price. The F10 Select driver is €2'990/pr and ideal for DIY bass reflex, sealed, TQWT and open-baffle projects. Its -3dB point is 34Hz and the triple-whizzer array has a very similar geometry to the Neo v2 drivers."

"The F10 Select maintains the existing magnetic field gap of 12mm with an underhung design. The X-max value remains the same, thus control of the ferrite motor over the F10 Select membrane is very good. However, due to lower magnetic field strength of 1.7 Tesla, sonic contours and microdetails don't quite match the costlier Neo v2 driver. We also wanted to end up with smaller boxes and to maintain the sound balance we like, driver efficiency had to be cut back a bit. We aimed for 90dB which works beautifully with over 99% of amplifiers on the market. The driver has an 8Ω impedance and is very easy to drive. Any 8wpc single-ended 300B amplifier will be able to rock down the house. F10 Select is our first driver with a rubber surround so the moving mass is heavier than equivalent foam. Since we needed that extra mass to obtain our desired balance in a smaller cabinet, it was a perfect opportunity to increase longevity. The rubber surround should last for at least 30 years compared to about 15 years for foam. Jazzon with F10 Select driver is 10cm shallower and 5cm shorter than Nenuphar so 30x40x100cm in a cuboid form factor. On price/performance ratio, Jazzon probably exceeds Nenuphar. But because of its more advanced design and larger cabinet, Nenuphar has deeper lower tighter bass plus greater detail and resolution."

F10 Select with its deep-black rubber surround bracketing Nenuphar Mini with a foam-surround Neo driver in an otherwise equivalent enclosure.

Because I'd reviewed gloss white and black versions in the past, this time Cube Audio would dispatch oak veneer to mix up my coverage. Specologists will already have visited the webpage for Cube's very first Bliss C speaker. They saw that its dimensions of 25x40x100cm reappear in the Jazzon with only 5cm of extra width to fit a 10" not 8" driver. Another takeaway is that Jazzon with F10 Select is a widebander of standard efficiency. It's not a Lowther, Rethm, Voxativ or Zu type of ~100dB. That resets the archetypal widebander blueprint of ultra-light cone married to an extremely powerful motor for maximal flux in the voice-coil gap. Jazzon is more chilled than piqued on the subject. Now it counters certain dynamic multi-ways from Magico, Stenheim and Wilson. For some time now these established brands have worked hard to increase efficiency specs for some of their models up to ~94-96dB without using waveguides. While their sensitivity ratings gradually go up, Cube's just went down. I find that interesting. 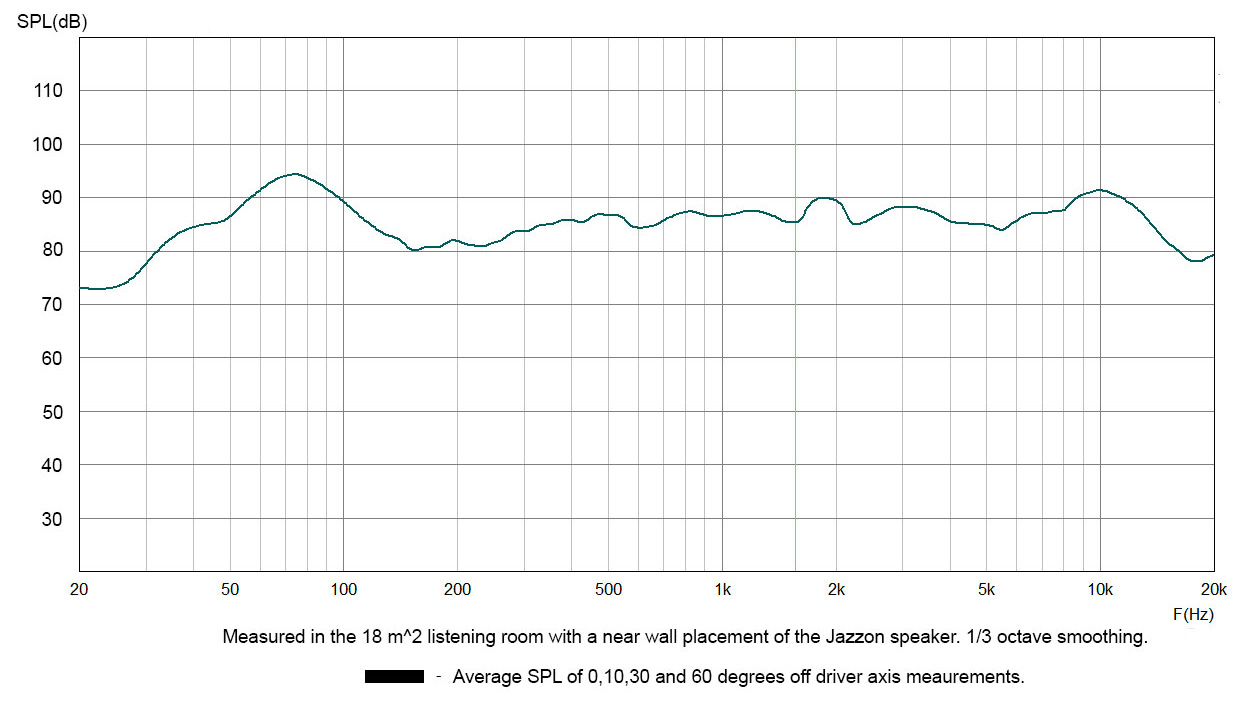 To translate a bit of earlier alphabet soup, a TQWT is a tapered quarter-wave tube first described by Paul Voigt in 1930. It describes an often folded transmission line whose length is ¼th the wavelength of its driver's resonance frequency. Though routinely of very simple construction, a TQWT's behavior is said to be a complex mix of ¼-wave Helmholtz resonator, bass reflex and rear-horn loading so difficult to model without custom software like this. Cube's TQWT implementation by Grzegorz Rulka and Marek Kostrzynski eliminates a port/mouth. Instead we lean back their entire speaker on its elongated front spikes. The resultant gap is how the open-bottomed cabinet vents the driver's rear wave into the room. We also know of Zu's Griewe gap which similarly terminates their cab's inner geometry. Eliminate the gap and the alignment doesn't work as designed. For more background on the overall genre of such speakers, there's Kari Nevalainen's interesting writeup on Phy's E17 wideband driver. Also worth mention is that original single-driver ambassadors Rethm and Voxativ have transitioned to including multi-way arrays with active bass systems. Cube already have active subwoofers in their portfolio as well. It's probably just a matter of time until they too offer speakers with built-in passive or active woofers. For now however their core focus remains on one driver doing it all. That describes today's Jazzon; which of course won't prevent this heathen from trying it high-passed with residential subs from sound|kaos and Dynaudio. But the majority of my attention will certainly be on unassisted drive. A comparison to Zu's $6'000/pr Soul VI and Cube's own 10-inch Nenuphar v2 is also on the docket.