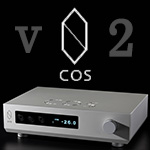 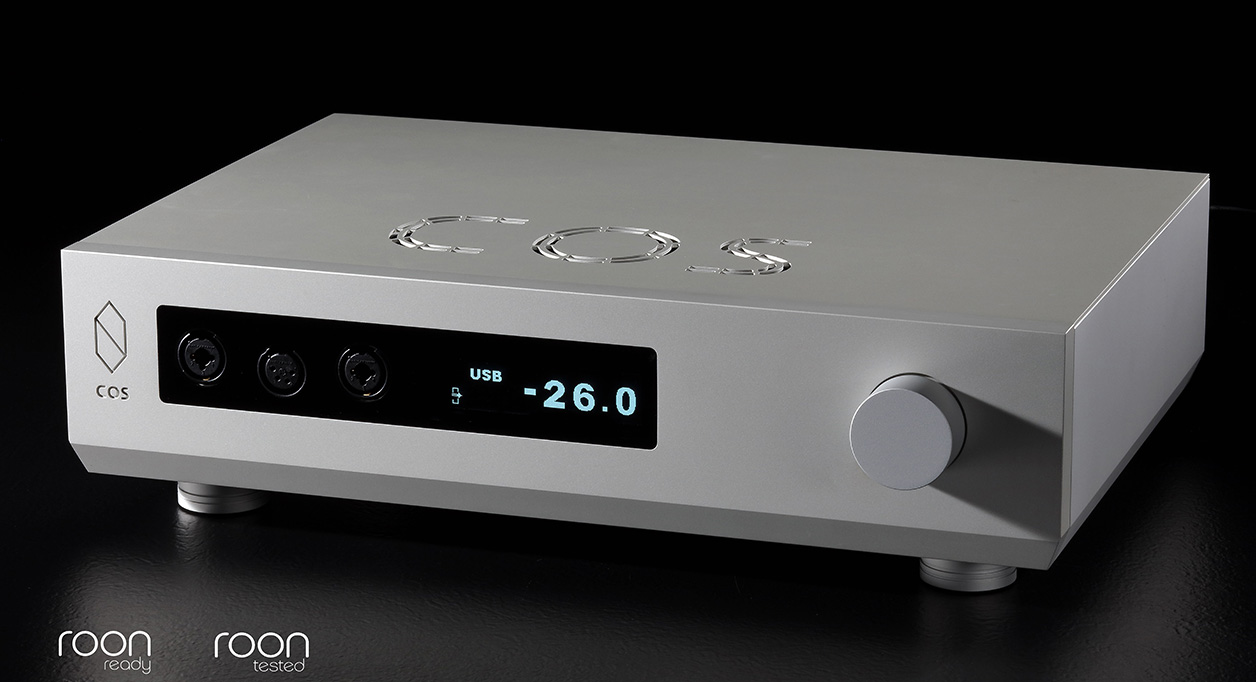 The glyph to the left of 'USB' indicates that the buffer is engaged.

Cosima Wagner was the daughter of Hungarian composer/pianist Franz Liszt and Franco-German romantic author Marie d'Agoult. After being married to conductor Hans von Bülow, she became the second wife of German composer Richard Wagner and with him founded the Bayreuth Festival to showcase his stage works.

After his death she devoted the rest of her life to promote Wagner's music and philosophy. Friedrich Nietzsche, a mutual friend of theirs, also was in love with her and not at all cosi cosa about it.

Of course the German verb wagen means to dare, venture and risk. Perhaps 'twas in the cards.

Against this musically significant backdrop, daring to revisit the COS D10 in now v2 guise is another affair of second weddings. After all, I reviewed the original in November 2020. I even awarded it. Where to go from there? To a virtual Bayreuth perhaps – though not to hear any fat lady sing.

Actually, v2 means not just a seasonal rerun. It means progress. "The major changes are a new sub 0.1ps jitter oscillator for the converter so by a full magnitude better; improved regulator and bypass capacitors for this oscillator; a lower-jtter TXCO also for the streaming module; and a new power transformer for the analog circuitry. That supports 110VAC all the way up to 240VAC so wastes less energy, creates less stress/heat with a more efficient iron core, thicker coils and a special winding topology to further lower emitted noise. We're playing music almost entirely via streaming in our office now. It was key then to further improve the sound for streaming in many ways. That includes a dedicated Ethernet switch powered by a linear power supply. But more on those bits later in the year." No rest for the wicked then; on the manufacturing and reviewing end of things. 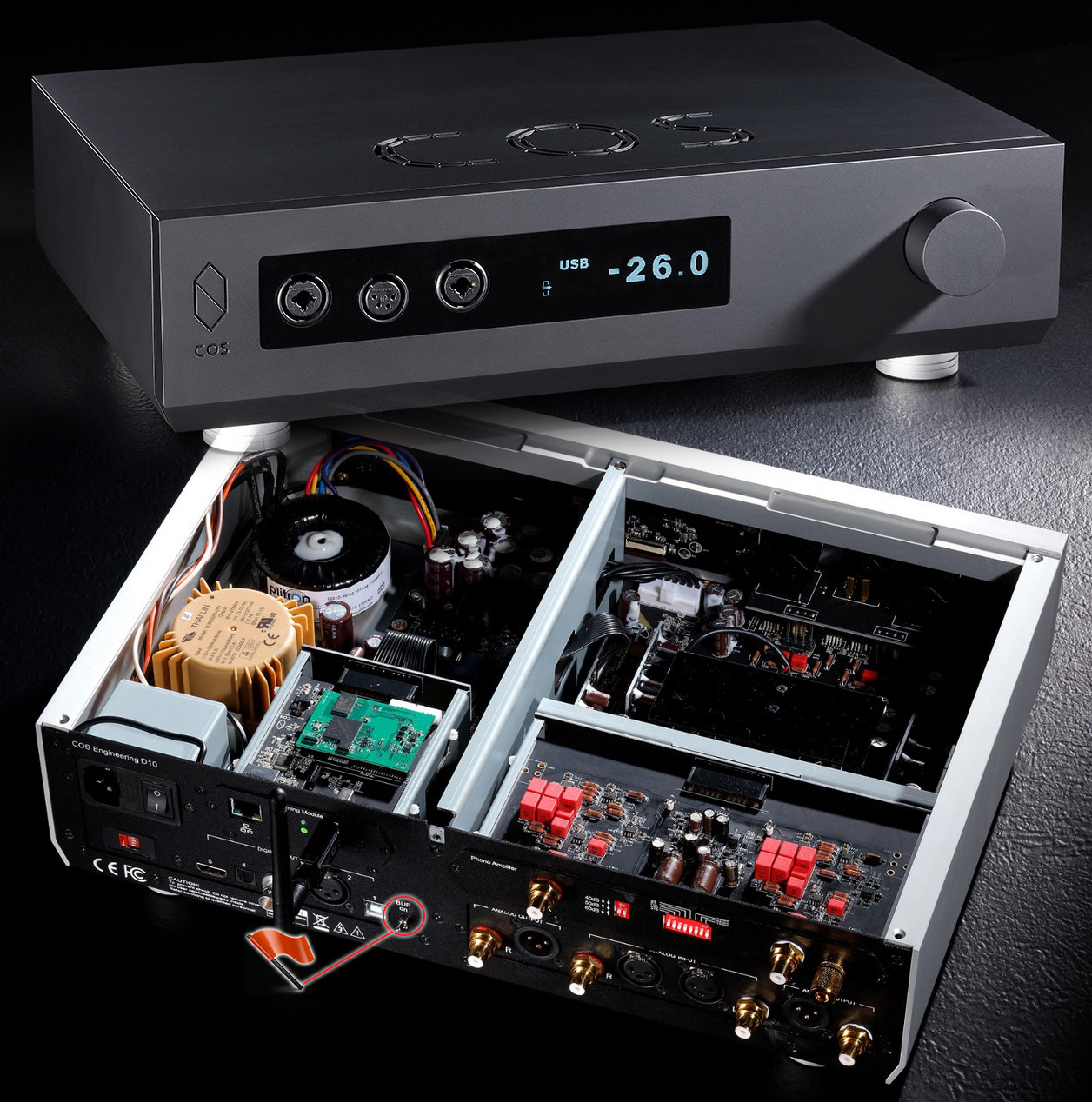 Mind the buffer toggle. 'Off' defeats internal caching/reclocking for perfect lip sync. 'On' will sound better where 1-second latency is no issue.

The ever lower COSt of multiplication.

With the latter two features on optional slide-in cards, the D10 v2 can configure as 3-in-1, 4-in-1 or even 5-in-1. Each added function eliminates an extra box and associated costs including more signal/power cables and shelf space. The more stacked we build/use our COS, the more we save. My own stack attack lacks phono and streaming so no comments on those.

Where I do stream cloud-based music, I do so via PC/Mac over external USB bridge into a 27" or 34" screen plus wired keyboard/mouse. WiFi disables yet Bandcamp, Qobuz, Spotify, Tidal and YouTube are all accessible via their browser windows. J.River on my Win10/64 workstation and Audirvana 3.5 on my music iMac are the software players. For that any DAC sans USB suffices since my USB bridges output reclocked coax, BNC, AES/EBU, even I²S over HDMI/RJ45.

So I have no use for streamers. And yes, that puts me in the extreme minority. I'm simply too set in that way to change spots now when our home's WiFi allergy is resolutely against headless streamers which rely on WiFi tablets or smartphones to operate. Everyone else can happily add COS' €900 streamer module and/or bolt on full phonofication for €700. What I'll report on is the D10 v2 as standard 3-in-1. If you're a full 5er, Christiaan Punter's v1 review has you very nicely covered already.

For more 4-in-1 commentary of v1, regular Warsaw contributor Dawid Grzyb has his own; including this photo with the streaming module but not phono stage installed. No matter how you mix up your own Cosmo—typical ingredients are citron vodka, cointreau, lime juice, cranberry juice and a lime wedge—it'll always come with a stylish full-metal remote control. To take the sonic measure in our digs, it'd play against a €5'900 Sonnet Pasithea downstairs, against a ~€6'000 Denafrips Terminator Plus upstairs. Whilst being most affordable of this bunch, it's the only one offering full headfi, analog inputs and a phono option. For that alone it's clearly more cos célèbre than also-run. Subjective build quality falls right between lightweight Dutch and heavyweight Chinese. Cosmetics are arguably the most distinctive, even include black and silver options. On specs alone, most competitors should find themselves quite accosted by the D10. With v2, an already good thing now promised to get even mo betta.