Inside the DAC. Removing the four felt-covered aluminium disc footers opened the bottom panel to reveal upside-down innards which suspend from a massive steel or aluminium plate that couples to the actual cover. In effect, this circuitry hangs like a relaxed sloth. Only the encapsulated four blue transformers cling to the cheeks in defiance of gravity. 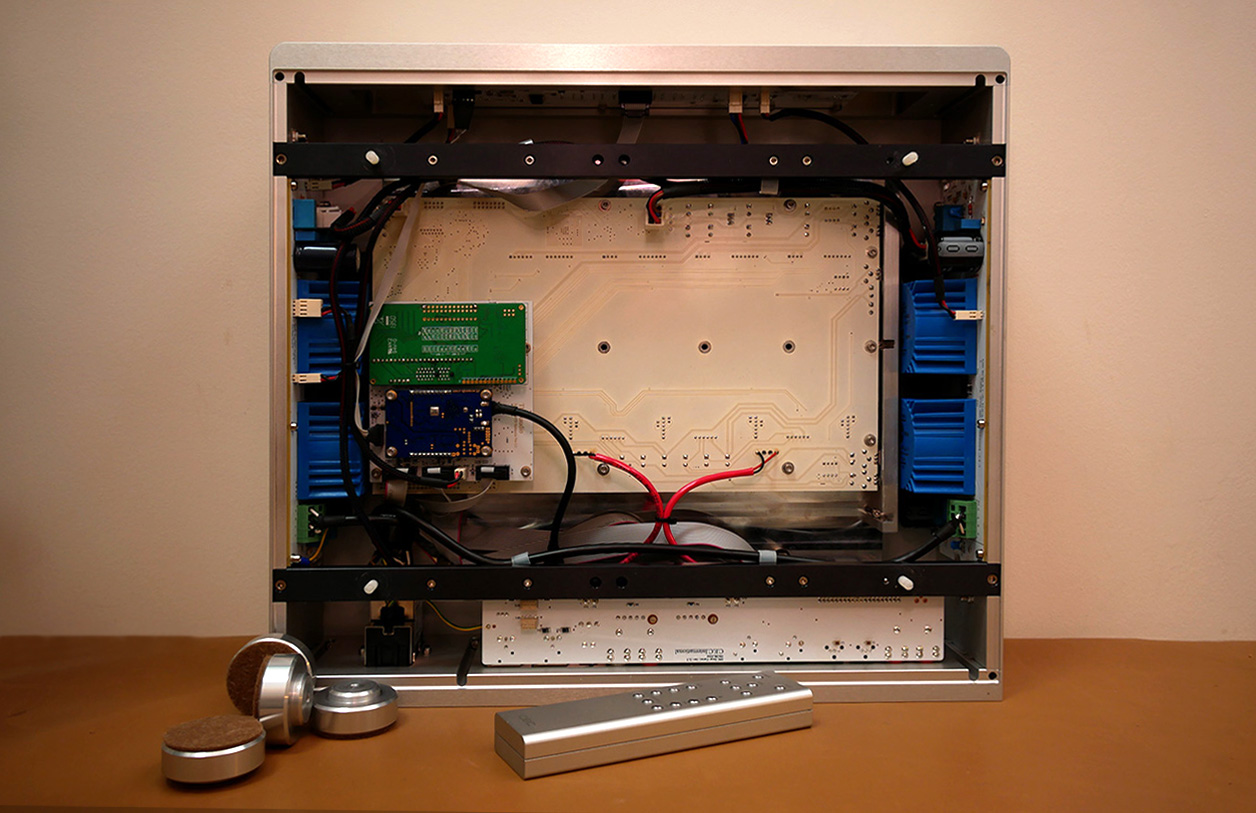 Due to this inversion, very little of the actual circuitry is visible. It's mostly just the lateral action and the three piggybacked boards from Thrax for USB audio, JL Sounds for USB-to-I²S transmission and the unidentified green one all of which augment the white MSB main board. 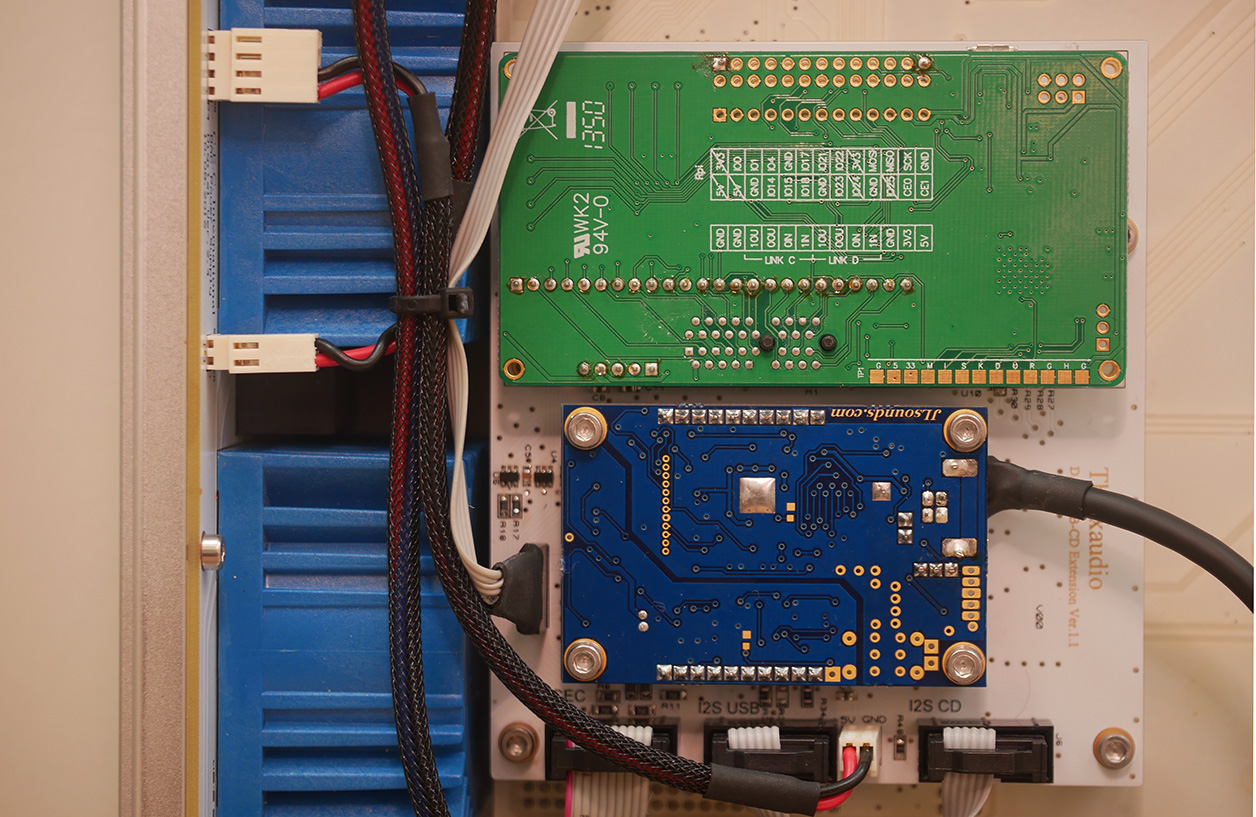 Vault-like construction means no visible panel fasteners anywhere. The only few small screws on the back panel affix certain XLR connectors. The front panel's behind-mirrored-glass dot matrix displays in blue. That can be dimmed in four stages plus shut off via the remote wand or the matching three scroll/select menu commands on the fascia. 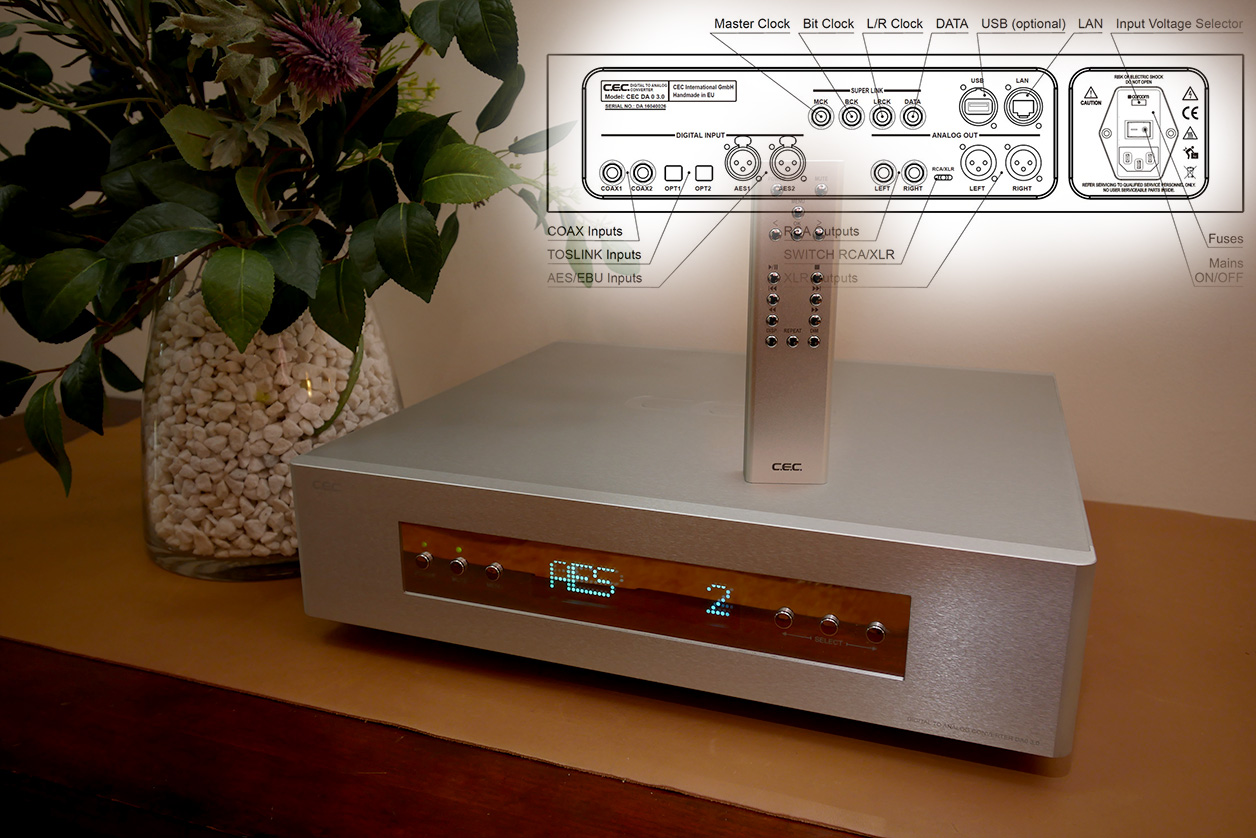 The Scotts' loaner in its custom flight case arrived four days prior to the German importer's matching transport. Thus I first moved the DA0.30 into the system by itself. Not being able to run it I²S yet, I did the next best thing: AES/EBU off our ultra-cap powered USB reclocker.

The moving items now were just two DACs – C.E.C.'s via AES/EBU, our equally discrete R2R Denafrips Terminator via I²S/HDMI.  Both ran simultaneously and were switched with the preamplifier. Either way, Audirvana handled 64-bit upsampling of 16/44.1kHz Redbook files to 24/176.4kHz. The big surprise? C.E.C.'s 7.5 times higher sticker really did register and not subtly. Soundstage dimensionality scaled up noticeably. This reset prior boundaries for more depth and—this surprised me in particular—width. Energetic directness as the transmission of musical charge was plainly higher. As a result, the 4-way German speakers behaved more like the single-driver widebanders Nenuphar and Binom-1 from Cube and Camerton do. They communicated more across distance. 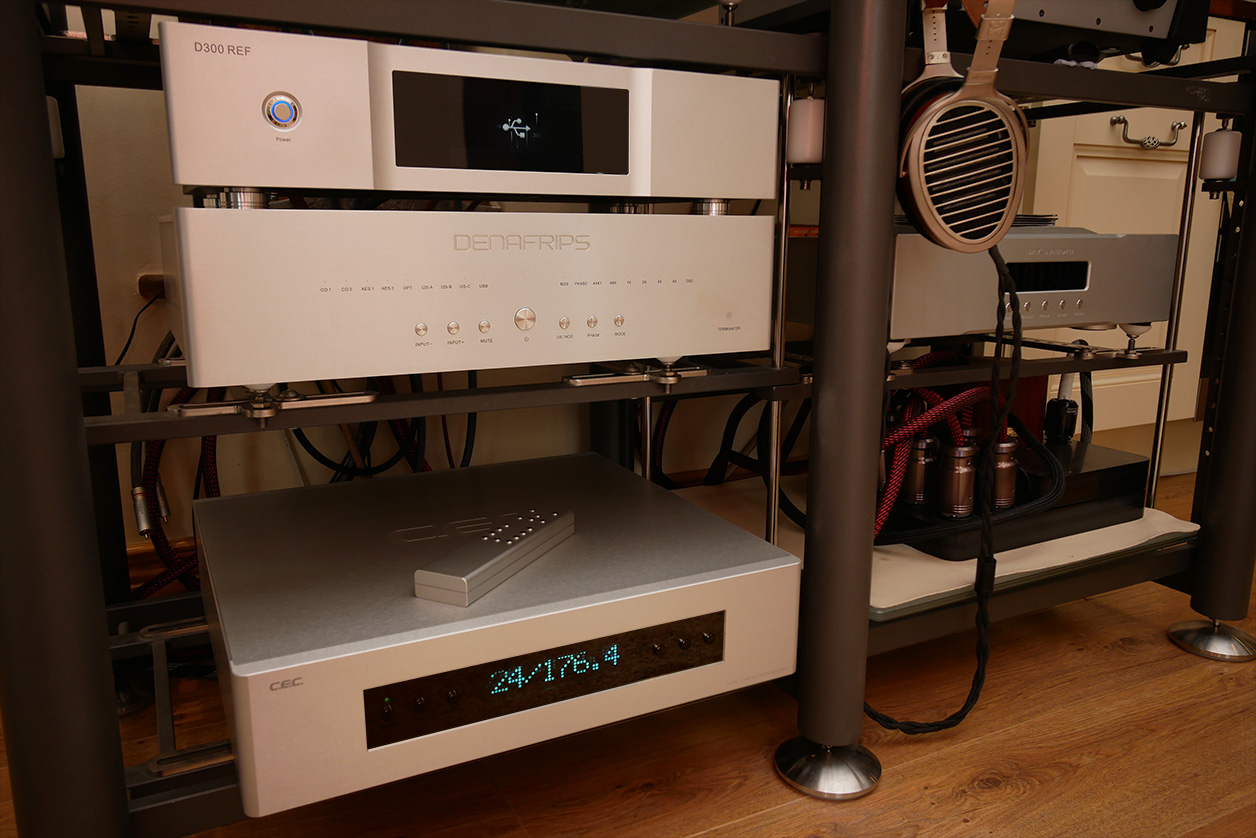 This second quality even telegraphed at my work desk ten meters away. I sit in the 2-storey entry hall of our house adjacent to the kitchen/sitting room which the listening area proper opens into. So C.E.C.'s flagship instantly asserted itself. It undeniably occupied the next level or two above our machine. Occupy Bit Street would be the accompanying bumper sticker. Whilst you'll pay significantly more, the sonic extra too was demonstrably significant should you come from the level we play at. Just because our household can't afford the C.E.C. doesn't change the assessment. The DA0.30 rendered persuasive proof of life beyond our zone of familiarity and fiscal comfort. Who knew that humble pie could taste this good?

Here is just one track which reset my digital vista – "Dance Oriental Op.2 N°2" from the Rachmaninov Anatolian Project which adds duduk and fretless guitar to Güldiyar Tanridagli's grand piano. If you thought that only large ensembles showcase soundstage expansion, you'd be much mistaken. For greater immediacy in fact which makes for stronger contact in the listening seat, any music will do. It's an equal-opportunity quality. The best soundstaging does come from superior productions—glutenous wall-of-sound albums won't fully unpack no matter what—so starting out with quality does reward.