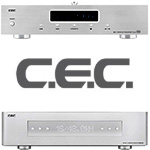 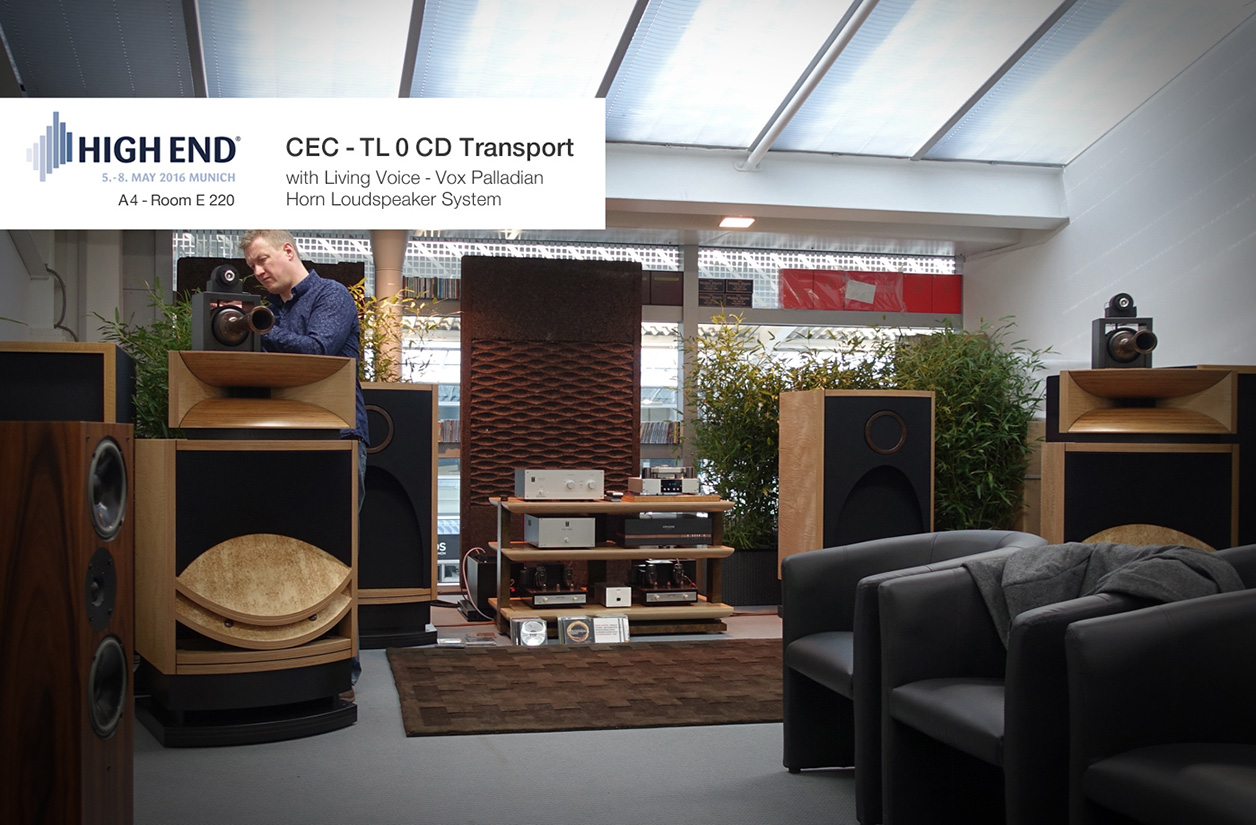 Upscale digital. When you're Lynn & Kevin Scott of Living Voice, creators of arguably the world's most ambitious horn systems to nurse a parallel fondness for premium valve kit—until recently Kondo, a line they relinquished after 16 years of serving as their UK distributor—and of course top analogue sources like Alvin Lloyd's Grand Prix Audio turntable… what do you do for digital?

C.E.C. from Japan is what. In 2019, the Scotts' favorite disc transport wasn't their massive flagship but the TL-2N. As you will see below, it outputs external I²S via four 2.5V/75Ω ports like Ancient Audio and B.M.C., not over HDMI or RJ45 like Denafrips, PS Audio, Zanden & Co elected to.

That's because the original protocol never anticipated external I²S transmission, only a few  inches on a circuit board. So there's no industry standard for how to implement it between two chassis with cables and connectors. As the schematic shows, it's not the typical serial protocol of S/PDIF or AES/EBU. It's a parallel scheme to send audio data and the three word, bit and master clocks across four discrete lines. Now they needn't be synthesized at the receive end. The TL-2N includes selectable x2/x4 upsampling to 88.2 or 176.4kHz for its AES/EBU, coax or Toslink inputs which may also benefit from the external word-clock input not applicable to SuperLink where the DAC's master clock syncs the data instead.

Reclocking to the C.E.C. DAC's temperature-controlled crystal oscillator must be activated in the converter's own menu. Now DSP allocates a 0.5-second FIFO buffer to the incoming signal. For video lip sync, the time delay of reclocking can be bypassed, hence this feature is selectable.

To take advantage of the transport's SuperLink obviously requires matching input socketry on the DAC. Living Voice kindly offered to loan me their personal demonstrator DA0.30 converter with MSB-based discrete R2R matrix. It's a choice of D/A conversion which reflects Rumen Artarski, designer/owner of Thrax. The rear panel of the DA0.30 from Japan thus looks like the Maximinus converter from Bulgaria, just with four extra BNC. The insides of the DA0.30 also look most similar to the below Thrax build to suggest that C.E.C. had indeed contracted with Rumen for the overall execution of this model. Their USB transceiver board even reads Thraxaudio.

This meant a change from Juan Carlos Candeias of now B.M.C. who had previously lent his OEM expertise to this Japanese house. In turn his B.M.C. BD2 transport and CDB2 CD player have a belt drive plus SuperLink, meaning the B.M.C. DAC too could take advantage of the C.E.C. transport's quad-cabled I²S implementation. The earlier cooperation between these companies goes both ways. Reimyo/Combak too are well known for availing themselves of out-of-house expertise whenever it will benefit their designs. Now their Kiuchi-San acts as the final arbiter or conductor of the engineering team just as I imagine C.E.C.'s team guided Rumen until the sound and features matched their needs and expectations.

C.E.C. are justly famous for their original digital belt drives which launched way back in 1991 with their architectural TL1 and continue on today. 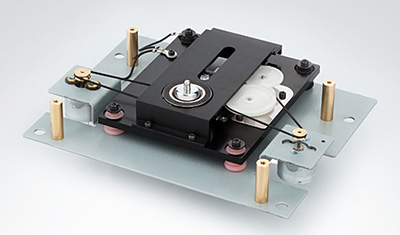 The TL-2N has two belts. This allows it to relocate the motor away from the sensitive drive spindle and the equally critical laser head. The upshot is reduced mechanical noise whilst a large flywheel pursues improved speed stability to which a 12cm Ø 380g disc clamp adds its own inertia.

The matching C.E.C. DAC can upsample incoming 16bit/44.1kHz streams to 32bit/352.8kHz or 48kHz material to 384kHz but purists may defeat this 8 x upsampling. Factory defaults are upsampling and reclocking 'on'. DSD is supported to 128 and the user has a choice of four digital filters. All inputs are decoupled optically or magnetically to block ground-carried signal contamination.

The discrete resistor matrix drives the outputs directly through an impedance-matching transformer. Like TotalDAC, this eschews the typical I/V conversion stage, even abolishes output buffers. The power supply with floating ground planes and constant-current voltage regulators has independent feeds for the converter, clock, DSP and control logic blocks.

Whilst I could never host Living Voice horns—our room isn't large enough—I could, at least for the duration of this loan, enjoy digital at their level. How would it compare to our Jay's Audio CDT2 MkII and Denafrips Terminator combo which hook up via I²S over HDMI?

After all, a few years had gone by since these Japanese components first entered the market.

How well had time treated them in the fast-moving field of modern digital? 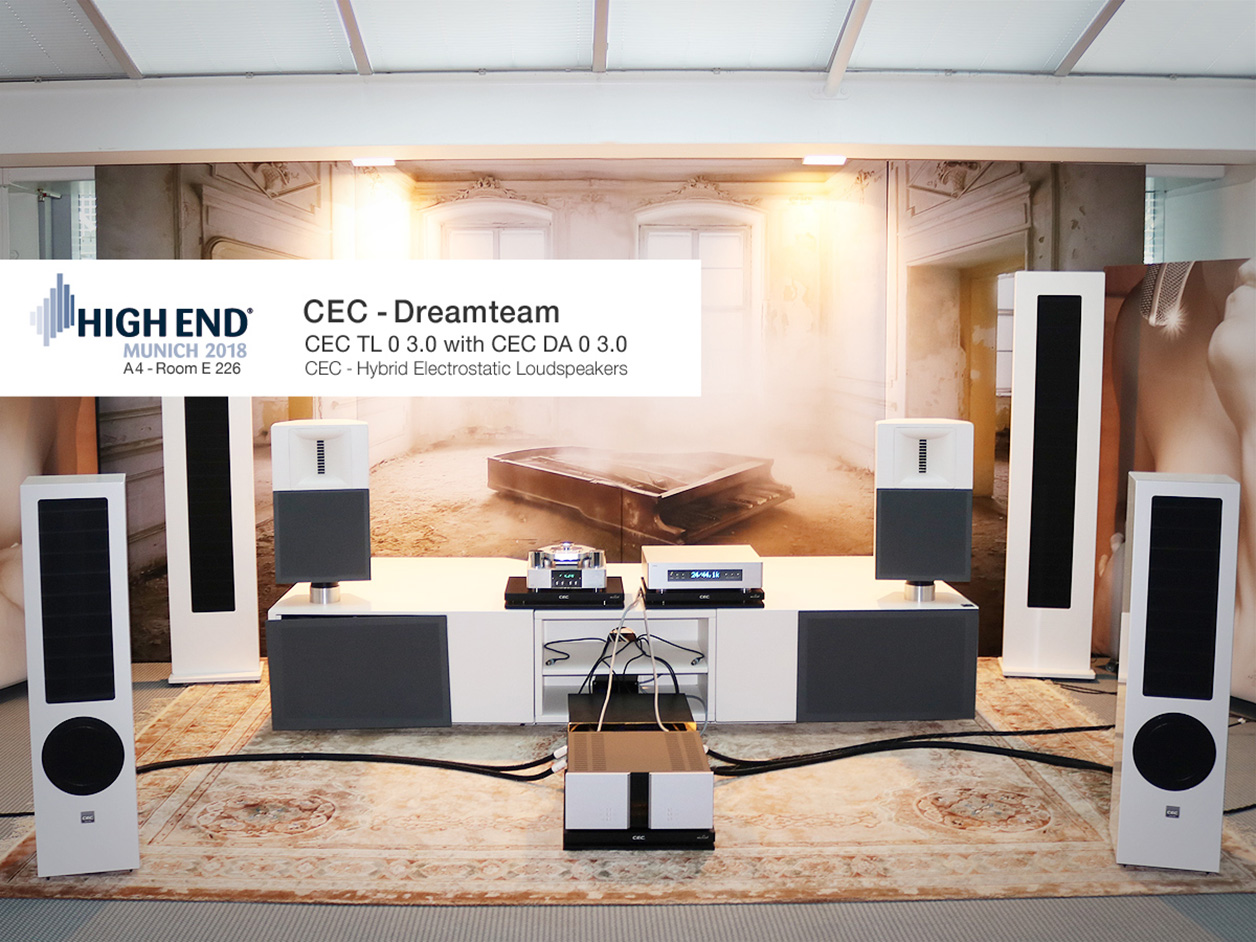