In extremis vulgaris. Obviously these ancillaries were grossly over-spec'd for Buchardt's sticker. They stood in for a best-case scenario. They let me hear what the S400 could ultimately do. Meanwhile the Spanish monitors became a keep-it-honest benchmark. They helped me isolate where the Danes still had limits imposed by their target price relative to driver selection and crossover parts. This signal path began on an iMac's 3TB FusionDrive spun down by importing an 80-min. playlist to RAM controlled by Audirvana 3. Then the USB digits were reclocked, de-jittered and de-noised by a Soundaware D300 Pro before hitting a Denafrips Terminator discrete R2R DAC with its FPGA upsampler working at 1'411.2kHz. The now analog signal met a pair of direct-coupled Elrog ER50 direct-heated triodes in grounded-grid configuration for 900kHz bandwidth. Those played it forward to a 1MHz pair of class A/B LinnenberG Liszt fully balanced 200-watt lateral Mosfet monos. That meant ~€24'000 of hardware without stands, cables or power conditioners – very much not the expected Buchardt home turf. 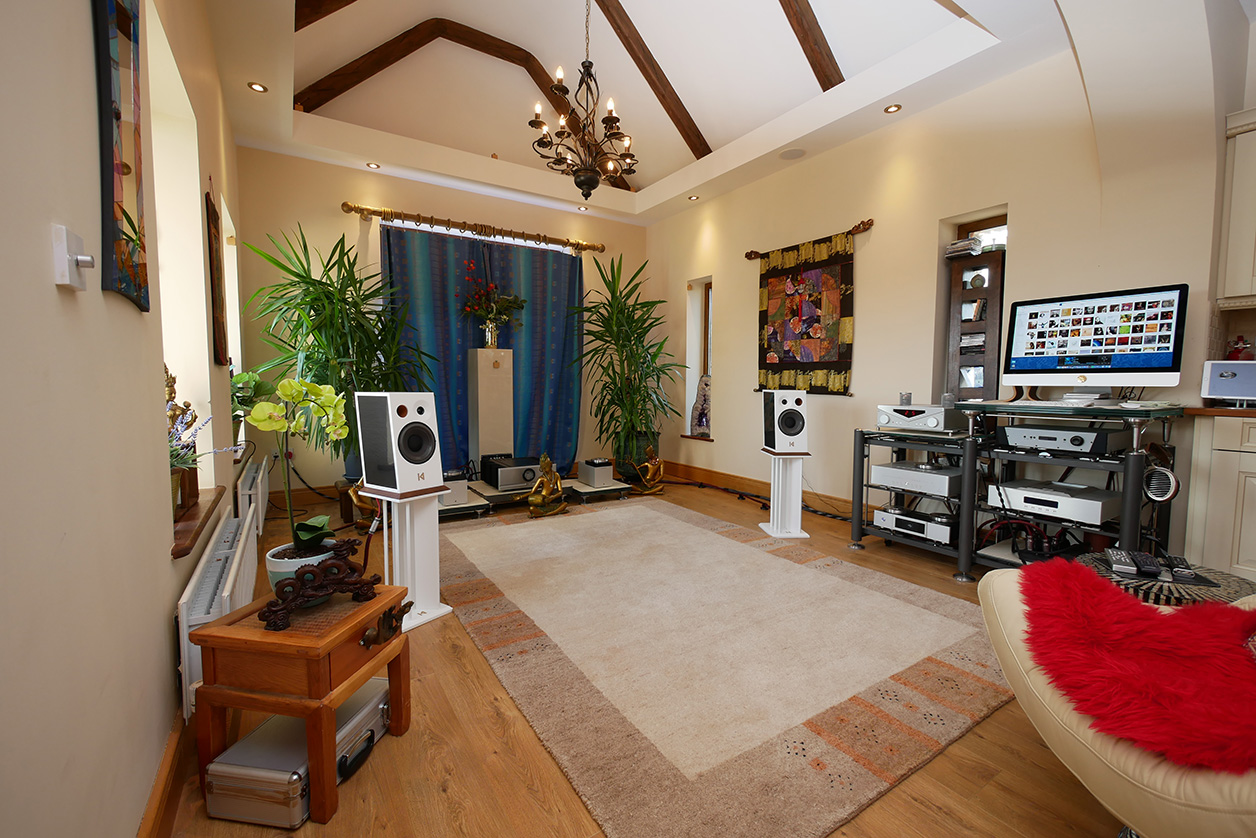 On raw -3dB reach, the Danes actually out-bassed the Spandiards. Backed by 200 watts of high current, that aspect of playback approached the unbelievable. On textures and elasticity meanwhile, the 66% savings on the speakers meant that against the Mimí benchmark, upright bass for example was duller and, for lack of a better word, more plastic than organic. To a lesser extent of blandness, a similar drier texture held sway across the midband. In the treble, the S400 played it steelier and harder. To be sure, none of these were qualifiers you'd call out head on. They require a direct A/B against something finer which, in addition, must be voiced à la Franco Serblin i.e. Sonus faber prior to the takeover to be most strategically groomed for intense richness and suavity.

It's on the count of how much funds could really be allocated to Buchardt's drivers and filter parts where perfectly natural limits on sheer sophistication came to the fore. Again, this had nothing to do with raw bandwidth or room-filling moxie. There the S400 were counter-intuitively boffo or, in the immortal words of Rolls Royce, 'enough' to be old-money Brit speak for 'all you'll ever need'. These were simply normal limitations imposed by budget drivers and lesser crossover components. Mads himself acknowledges them by offering a Special Edition with spruced-up filter network. Spelling it out shouldn't rain on anyone's parade. It simply counters understandable cries of 'giant killer' when made in the usual absence of premium comparators. The S400 lives in a realm where more money still reaps rewards that are bigger than the equivocating which can often kick in far later. The law of diminishing returns isn't yet really active here. 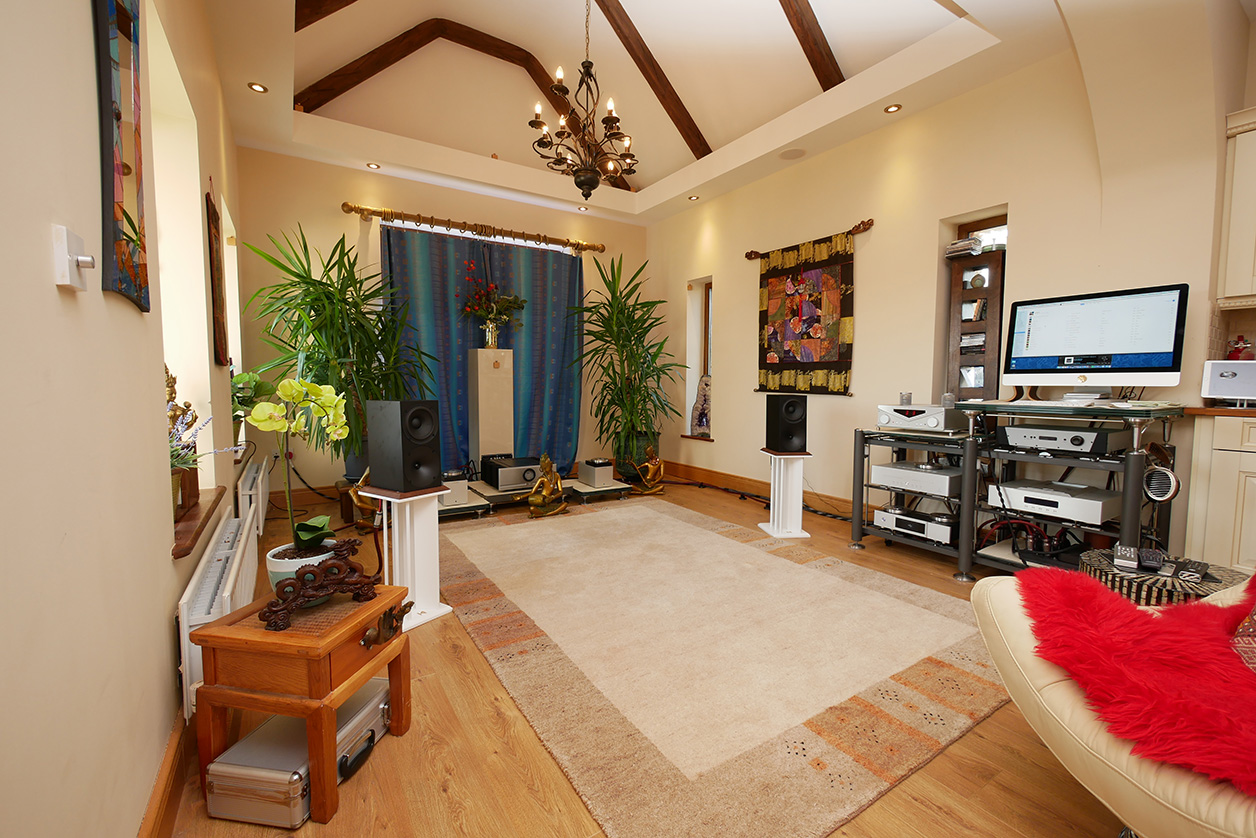 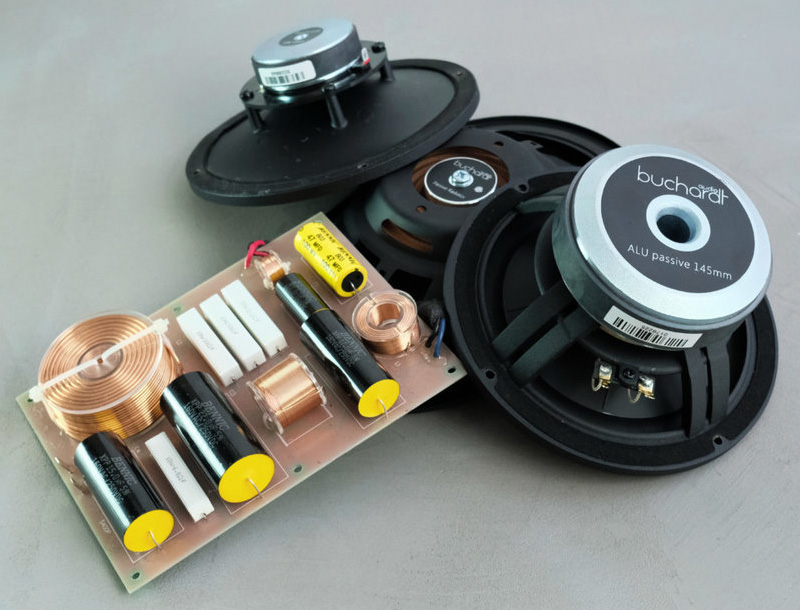 This leads us back to Simon Lee's €4'500 all-in-one streaming CD receiver. By downplaying raw resolution over our very best separates, it didn't expose the same textural limitations of the drivers.

On that score, it actually had the S400 sound more sophisticated albeit less open whilst the bigger room obviously had its own advantages on soundstage scale and pushing outward useful dynamic boundaries. But for tonal finesse and color intensity, the 'soft power of music' machine really was the better partner. It also was the financially far more appropriate and reasonable so superior all around.

Thankfully I can cop to real ignorance to not have to indulge so silly a question. Just how many €2K monitors have I heard of late? How many have I heard across my entire reviewing career?

For such a title, something from the Canadians at Paradigm and PSB ought to factor except that I've never auditioned any of them. Usher too come to mind to mention at least three.

But each reader would vote for his or her own favorites. So it's best to sidestep absolutist claims and just call the Buchardt S400 what it so clearly is: a very high-value candidate from being sold direct, from being backed by that hi-tech cast aluminium wave guide which itself was backed by access to the latest-gen 3D laser scanner to insure perfect air flow, radiation control and integration with this exact SB Acoustics mid/woofer.

In certain ways, today's S400 struck me as a "poor wo/man's" Kroma Audio Mimí by being similarly tuned for a darker chunkier bottom-up voice. It's more about the forest than any individual leaves. It's more about dynamic chops and density than macro zoom and maximal unraveling of interlocking lines and layers. Where the far costlier Kroma clearly benefits from highly resolved gear like our Bakoon or LinnenberG amps, the Buchardt plays it nice by preferring less extreme applied resolution. That keeps the electronics on par with its own drivers. Because it is nearly unnaturally endowed down low, I'd not want to overload too petite a room if I played bass-heavy fare. Its passive radiator does however work quite close to the front wall so deep-in-space stunts aren't necessary to line everything up sonically. That should maintain domestic harmony.

Because the S400 is so adept at plumbing to 40Hz and beyond whilst putting out stout SPL, it should make for excellent A/V integration where one system does both music and movies. In such setups, speakers tend to be closer to the wall. Also, blockbusters get loud particularly toward the obligatory major confrontation at the end and as family entertainment, higher SPL are shared thus less offensive. Here the majority of people won't want for a subwoofer even when the head count piles up and the heavy artillery kicks in. For people who like to play from louder to actually loud and do so with a serious dose of butch bass power, the Buchardt S400 could be a God sent – or hell raiser if you believe that dead rock stars end up not in the clouds plonking harps but in the underworld throwing raves.

In any event, the S400 from Danish entrepreneur Mads Buchardt isn't just a lot of speaker for the money. It's a little speaker that plays it surprisingly big and beefy.

Ham it up, champ!