When I bought my Genuin 1 Mk2, it wasn't just for being a great all'rounder. It had a lot more dynamic headroom than comparable conventional speakers. Now facing the Gran Gioia 2×10, I felt a bit as though my residents had snorted two lines of coke, straightened out, rubbed their hands and with a slightly faraway look asked "shall we get going?" Sometimes it's the simple things that flash home how one deals with an exceptional transducer. There I was listening to Nik Bärtsch feeling like already two hours of rhythmic figures had ensnared me when suddenly a triangle hit. Good grief! A cuddly 1-inch tweeter just can't do that. For that you need a horn. Seriously, I couldn't think of another speaker which would detonate this oscillating piece of metal with comparable energy, dynamics and impulsiveness. Even my Genuin 1 lags behind.

If I wanted a real comparison, I'd have to—sorry for the cliché—imagine a real concert. Just so, that's the decider why some folks live out the extravagant notion of actually setting up a pair of Gran Gioia 2×10 in their home. They know what a live bass drum and cymbal crash sound like. They can admit that what their hifi makes of them is a very pale imitation, then want to do something about it. I won't claim that this Blumenhofer manages 100% when no speaker can. But it does get substantially closer to dynamic verity than standard boxes. It's simply something one must desire to own. A few hours later I had my next wake-up call. I was watching a Netflix Michael Jordan documentary when the phone rang. But why was it coming from next to the phono stage? And who had picked that awful ring tone? Never mind. A quarter century ago, not all US broadcasts edited strictly enough to eliminate all background noises from their tape tracks. When such a low-resolution signal already triggers our ear/brain into an uncontrollable response, who needs better recordings? Spooky! Likewise for finger taps on a conga skin, string picks of an acoustic guitar and above all, vocals. They all lowered the usual hurdle between first-rate playback and live.

With these horns, voices especially gained in expressivity. Of course I knew the general flair from my Genuin 1. Their trick simply is to partly fatten up the lower midband and being somewhat generous of spatial expanse for the big juicy dynamic fun I fancy. The Gran Gioia 2×10 begged to differ some. I heard no extra tonal fat. The soundstage was a bit more compact though also more precise and firm. This reflected still heightened dynamics and,b y some 3 to 4 octaves, greater horn-covered bandwidth. Macrodynamics left nothing to the imagination. Percussion and big drums could shock those not used to live sound. Heavy dub like "Fuck back" from Burnt Friedman & The Nu Dub Players matched 1:1. Did they use a butcher's ax for a conductor's wand? The 2×10 took no prisoners. That made my Genuin 1 feel nearly harmless when their forté is impulse fidelity already. Granted, Ascendo's Live 15 goes even farther with brutal bass beats but lags behind elsewhere. An intermediate count thus calls the Gran Gioia 2×10 textbook linear and dynamically unlimited. Let's proceed to resolution and soundstaging. 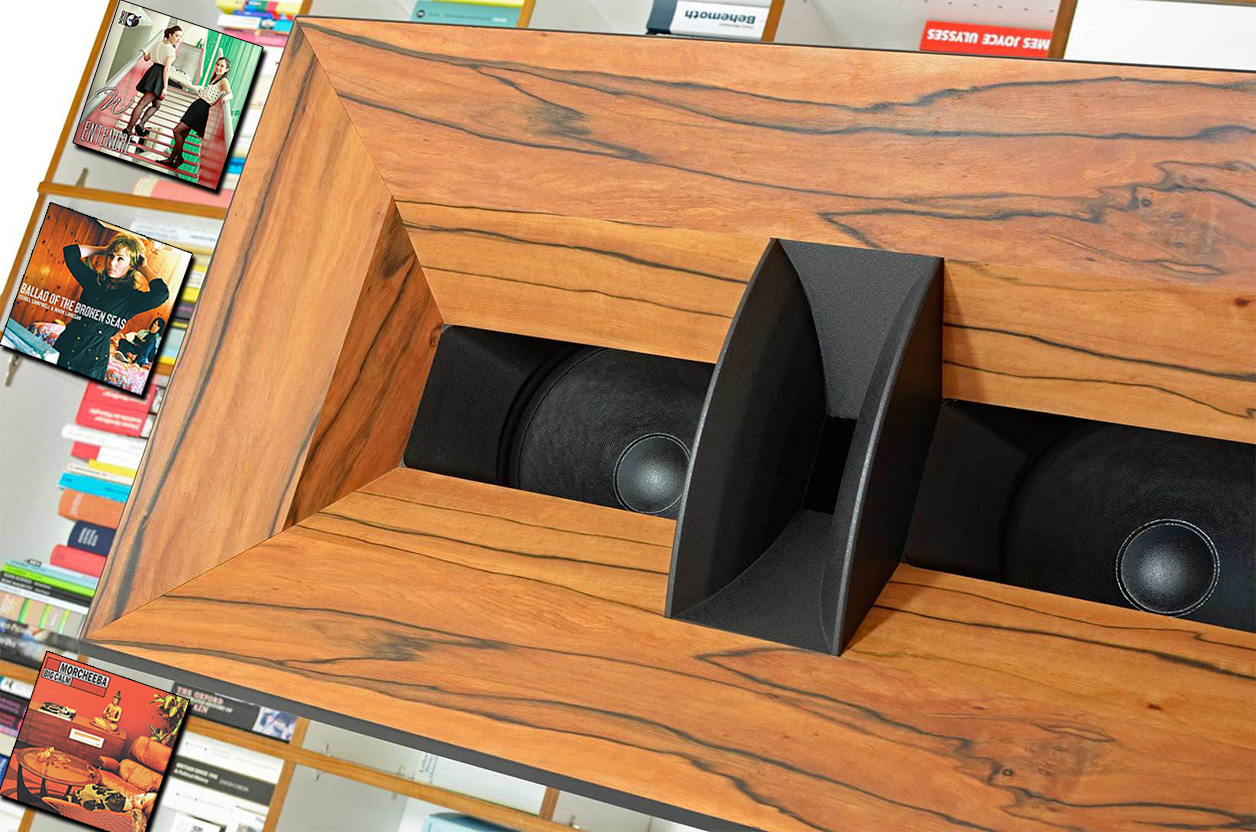 This speaker aced detail. Be it attendant player noises or deeply teased-out sonic textures and hues, venue reflections or the dying shimmer of a cymbal, the 2×10 managed it more precise, clear and intelligible than its Genuin 1 sibling. Here a €26'000 Dynaudio Confidence 50 offers the same magnification but on dynamics remains far in the rear-view mirror. Ergo, a choice of Gran Gioia 2×10 isn't primarily about top resolution but dynamic bravura; and because the other stuff is mastered as well. I felt similarly about soundstaging. I listened to Nick Cave & the Bad Seeds' "Tupelo" and feared for my clothes when a dark rain cloud manifested directly above my head. Keeping things contained behind the baffle line wasn't exactly in this picture. Only rarely did forward projection match this particular track but putting me in the midst of the action was quite common. That's something to know and treasure. It's why I was really surprised by the simultaneous depth layering. It usually is mutually exclusive with forward projection. Here the tandem came off and the time-coherent coaxial concept was its likely enabler. Image localization, separation and high focus were further talents as shown on Morcheeba's "Part of the process" from their Big Calm album. The left-channel bubbling noise of the intro was in virtual 3D to render my Genuin more vague by contrast.