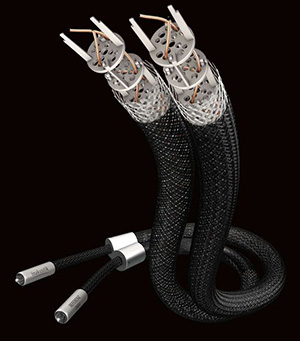 Baselworld. As I learnt, our downtown Jack Dylan jeweler/watch shoppe in Westport hadn't attended that most prestigious of Swiss watch shows in ages. "Over the last 5-6 years, they've been on a steady decline. Last year even the Swatch Group pulled out." As a Tissot dealer, he'd know. Noticing my eyebrows, he explained. "Each year, Rolex spend €50'000'000 on their display alone." My heart skipped a beat. If you buy Coppertone, yours won't. All of its purchase price goes towards what's actually in the cable whilst naturally also keeping its maker in bread. Very little goes to marketing. Which begs the question. Just what percentage of a Rolex purchase clocks the materials bill, how much sheer posturing noise? Don't expect big glossy Coppertone ads. Or a sizable solo booth at the Munich HighEnd now that CES has gone the way of Baselworld. Or being handled by a posh dealership on the high street. Or being recognizable and famous.

Air is free. All cable makers agree. Only a vacuum betters air as a dielectric though Serge Timachev of Stealth might prefer Helium. Tara Labs actually had a vacuum dielectric cable once fittingly called the Zero. Still, the issue with air remains that unless a naked conductor were to connect component to component—now it becomes susceptible to shorts and violates sundry safety codes—it will touch portions of whatever sleeve it's in. Now that contact turns the sleeve material into the partial insulator.

Cable firms like Germany's in-akustik create complex mechanical structures which very predictably route their raw conductors through air, making very little contact with their perforated evenly spaced disc guides indeed. But it does make for a costly hand-assembled thick product. Flip the page back to Coppertone. Its wavy solid-core conductor accomplishes the same far simpler, thinner and cheaper. Of course you already saw that photo. But perhaps now you appreciate the design's inherent cleverness even more. It also makes for a very slinky easily routed wire without any coiled push-back.

The toned coppers on the beat. Given its position, I wanted to first hear this budget loom in a—double cough—lesser system than our main downstairs rig. There a power cord costs more than today's entire lot. Sixteen years on the full-time review beat has poshed out even multiple secondary systems beyond our far humbler California beginnings. Then we had one modest single system built around Denon kit from The Good Guys in Santa Rosa and a used pair of Vandersteen 2ce from Sausalito's Music by Design. Still, upstairs now we trooped for our present take on simple(r). Think Soundaware A280 SD transport which talks 0.5V S/PDF to a COS Engineering D1 whose remote-set analog attenuator feeds a Bakoon AMP-12R, lid on its own pot wide open. Speakers are two-way transmission lines from Albedo Audio. It's a small system perfect for a smaller room. It didn't need the 6m RCA of the loaner bunch, just the 1m interconnect and speaker cables. With no USB, the coaxial digital link was an earlier Chris Sommovigo. Looking over my shoulder, cosa nostra and that, it kept cables in the family. 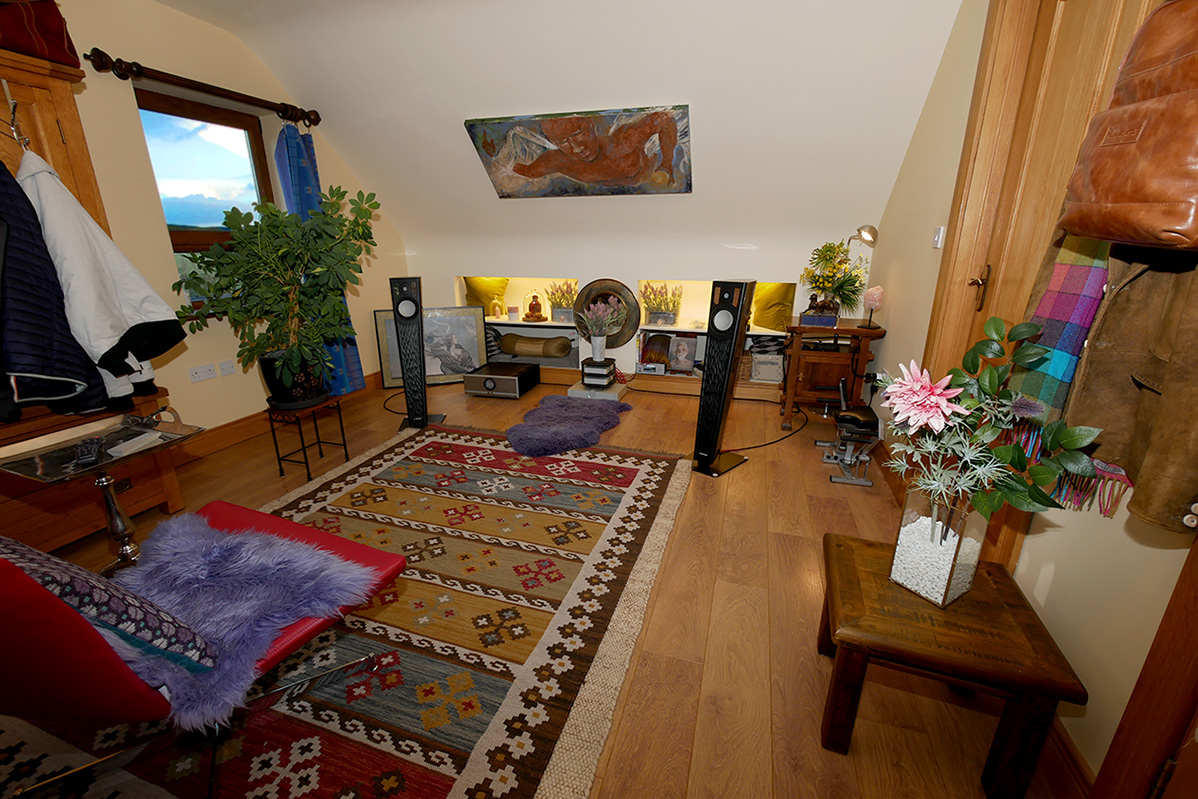 WIth its transconductance amp of mega bandwidth, ceramic Accuton drivers, high-resolution DAC/pre and no-moving-parts digital transport, I deliberately groomed this rig for speed and beat fidelity. That's because it tends to get played at lower levels where many systems fail to engage fully. Stepping in, the Coppertones did nothing to alter said climate and mandate. There was no fuzziness which often gets misread for warmth and which isn't uncommon for thickly clumped multi-strand cable. There was no sense of rigidity or damped restraint which can make music seem a bit like toothpaste squeezed out in aged reluctance. Heavily beat-centric fare like the odd-metered constantly flipping fast tracks between Dhafer Youssef and Zakir Hussain on Sounds of Mirrors was compelling in its adroitness. The light-footed element of musical dance prevailed. Its playfulness and phrasing reminded me of Gertrude Stein's poetry. I imagined the wavy solid-core conductor vibrate happily inside its tube rather than feel strangulated in the tight grasp of insulating plastic wrap like python's prey. In short, these thin leashes behaved wide open, quick and airy, not poncified and earthbound. Unlike 'bad silver' cables which perpetuate the notion of a pricklier brighter metal sound, the very simple Coppertones did nothing untoward in a hardware context that would quite ruthlessly magnify any sightings of the glassy, brittle, strident or dry.

Instead, I found them surprisingly insightful, generously spacious and, first and foremost, quick on the uptake to be rhythmically alive and unconfused. In this, they weren't as extreme as Samuel Furon's solid-core silver Ocellia cable sheathed in crushed crystal. Hence they were perfectly at peace with and well adapted to pure transistors, hard membranes and digital sources. This included the element of tone. Here silver can get shinier, more lit up, hence also thinner. If we call that a paler sound with more white, then this lot really were more tonally bronzed. That's properly descriptive because I didn't hear warmth from feathery edges, from emphasized bass mass, from an elevated midband. With its quickness, this presentation was agile and athletic, not bulked up like a weightlifter or Iron Mike type pugilist. But it clearly wasn't pale. I had to hand it to Sommovigo. Naming this range Coppertone wasn't simply catchy. It was annoyingly factual. Getting a tan in Ireland, in early November no less, was no mean feat. Would it repeat in the downstairs system just then set up with FirstWatt SIT1 and Cube Audio Nenuphar?