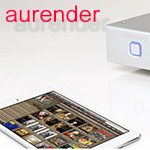 The Aurender A10 is not brand new to Aurender's deep catalog of streamers. It has actually been out for over a year and a half but still holds a unique place in their line as the only streamer which integrates both a hard drive and DAC, making the A10 the closest thing to a one-stop-shop for digital as Aurender offer.

More than anything else, Aurender are known for digital sources combining streaming from the Internet or a local network with internal file playing. The latter implies that most of their products include one or more hard drives for file storage, making them in effect headless computers optimized for music playback.

Typical Aurender products claim superiority on three fronts:
• silent power supply
• data caching on SSD prior to exporting music files to the DAC to minimize jitter and noise
• more robust and resilient data transfer from streamer to the DAC.

In other words, they've identified these three elements of file playback as being most susceptible to noise and jitter and tried to fix them. The level of technology involved and features offered vary by model but the fundamentals remain unchanged.

As a result, Aurender's lineup can seem pretty confusing at first and it's not always obvious what more money gets you. Thankfully they've created a decision tree to help the prospective buyer choose the right model. As a marketer I'd be a little worried that the only claimed differentiating point between the $17'600 W20 and its half-priced N10 brother are dual XLR outputs and 4TB of storage. Once you dive in, the W20 also offers battery power and FPGA-based jitter reduction more consistent with the asking price but I find it amusing that the focus would be on such a rare feature as dual AES/EBU, corresponding inputs for which are found on only the rarest of high-end DACs. That segue aside, the A10 under review, although certainly not cheap, actually sits at the very favorable end of the value range not just within Aurender's line but in the market. The A10 in effect combines Aurender's $3'000 N100H file player and streamer with a $2'500 fully balanced DAC playing DSD 128, PCM 384 and unfolding MQA if that's of interest. 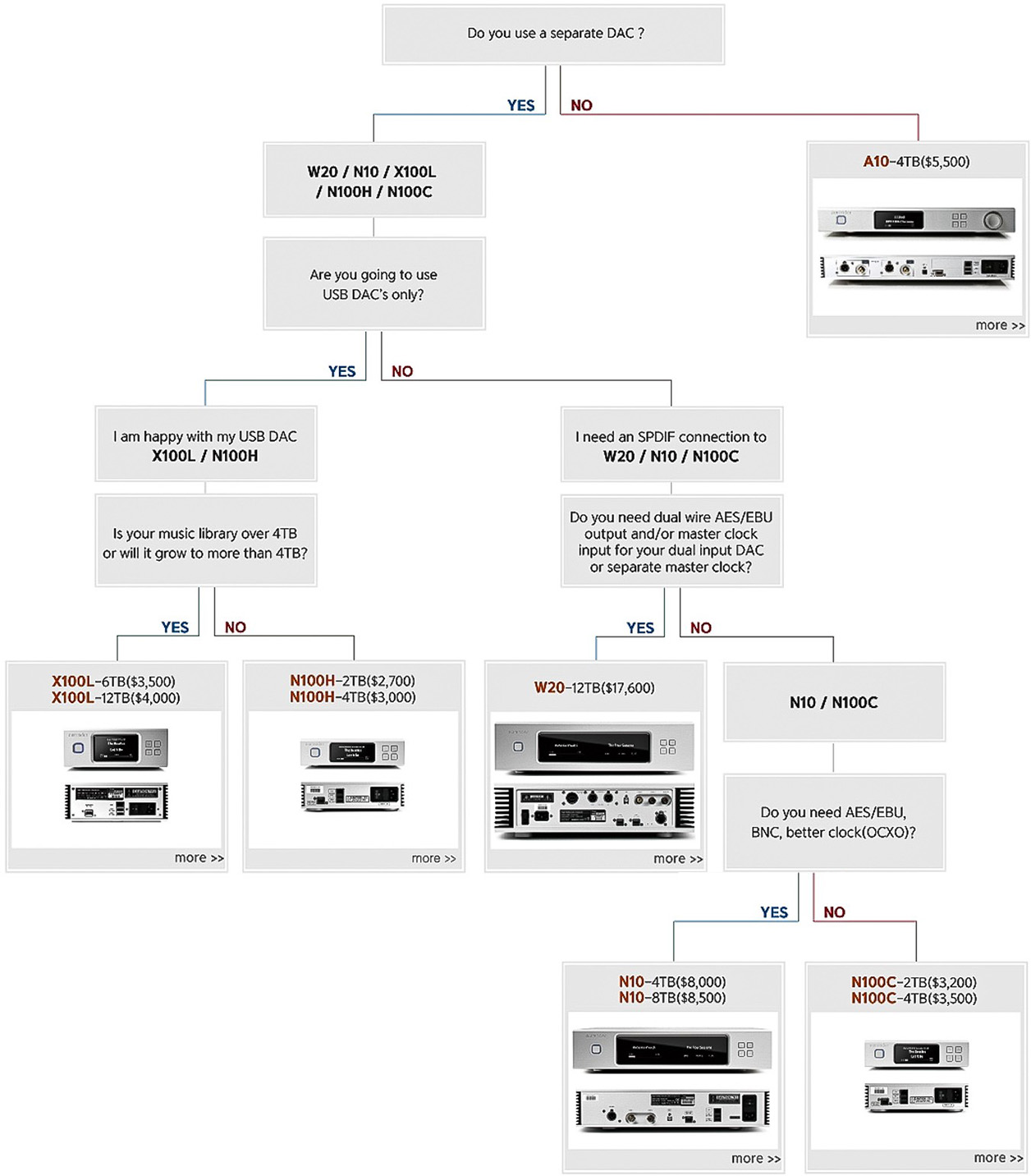 The combination delivers a very robust set of features not easily replicated in other products. First off, one cannot overstate the ease of integration and use provided by Aurender. Their Conductor App is as friendly and straight forward as one can ask for and more importantly, it makes inserting the Aurender into a network the most seamless experience I've had so far. Similarly, copying files from NAS or external hard drive to the internal drive was a breeze. Just click a button for a complete transfer or pick and choose manually whatever albums you want to transfer. We will get into more detail later but the Aurender system completely eclipsed what little convenience my Auraliti provides. To my mind it offers a package very competitive with Roon without the burden of monthly dues but includes pre-set integration of Tidal and Qobuz if you already have an account with either streaming service. Whether a file needs to be streamed from the Internet, streamed over a LAN, played from the internal drive or an external USB drive, the Aurender offers a very simple way to get it done which requires practically zero network knowledge or computer experience. 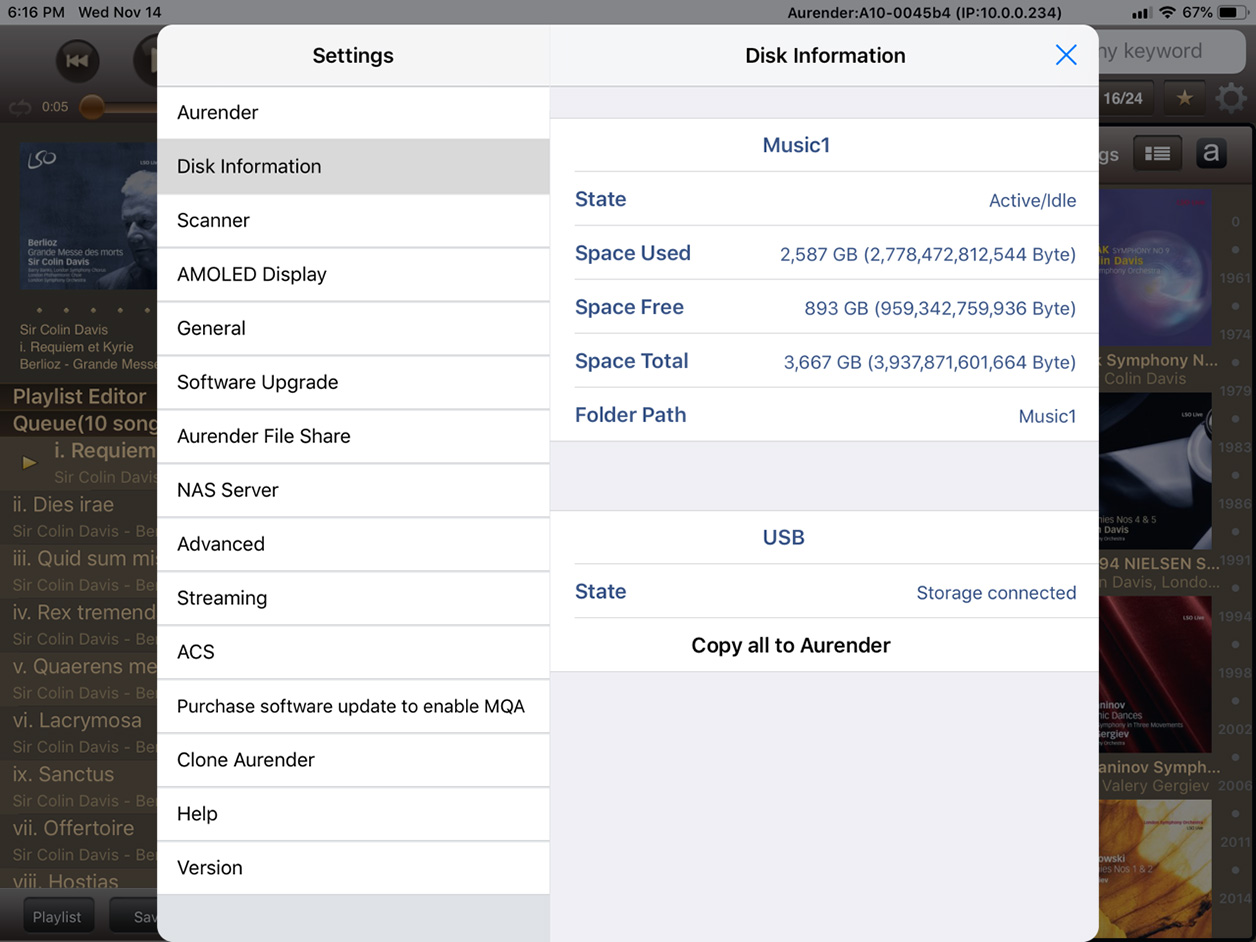 Coupled with that convenience comes a balanced DAC with digital volume that will play up to PCM 384 and DSD 128 as well as unfold MQA files, which sounds good on paper and even better in real life. I did say practically zero network knowledge because as with almost every option in the segment, the A10 needs to be connected to the Internet and your in-home network for all its functionalities to be accessible. That said, it is far simpler than setting up a NAS or Roon system.