"Moving speakers deeper into the room also invokes less 'room gain' in the bass. Now the trick is to find the right front-wall distance for the speakers, then moving the seat close enough to get back the extreme nearfield position inside the room's open space. Personally I'd rather have a bit less bass and more clarity/speed in the midband. There's an even more 'radical' setup which Pierre Sprey of Mapleshade Records promoted for the smaller d'Appolito Gallo speakers. Now one sets the speakers on the floor and angles them up to make up for the tweeter alignment to the ear. The steep toe-in and close seating position remain. The low placement harvests boundary gain from the floor and can make smaller speakers act much bigger. It just looks odd to perhaps require a dedicated listening room to become acceptable. With your Vox 3a, you have a built-in plinth so could take them off their stands and experiment." 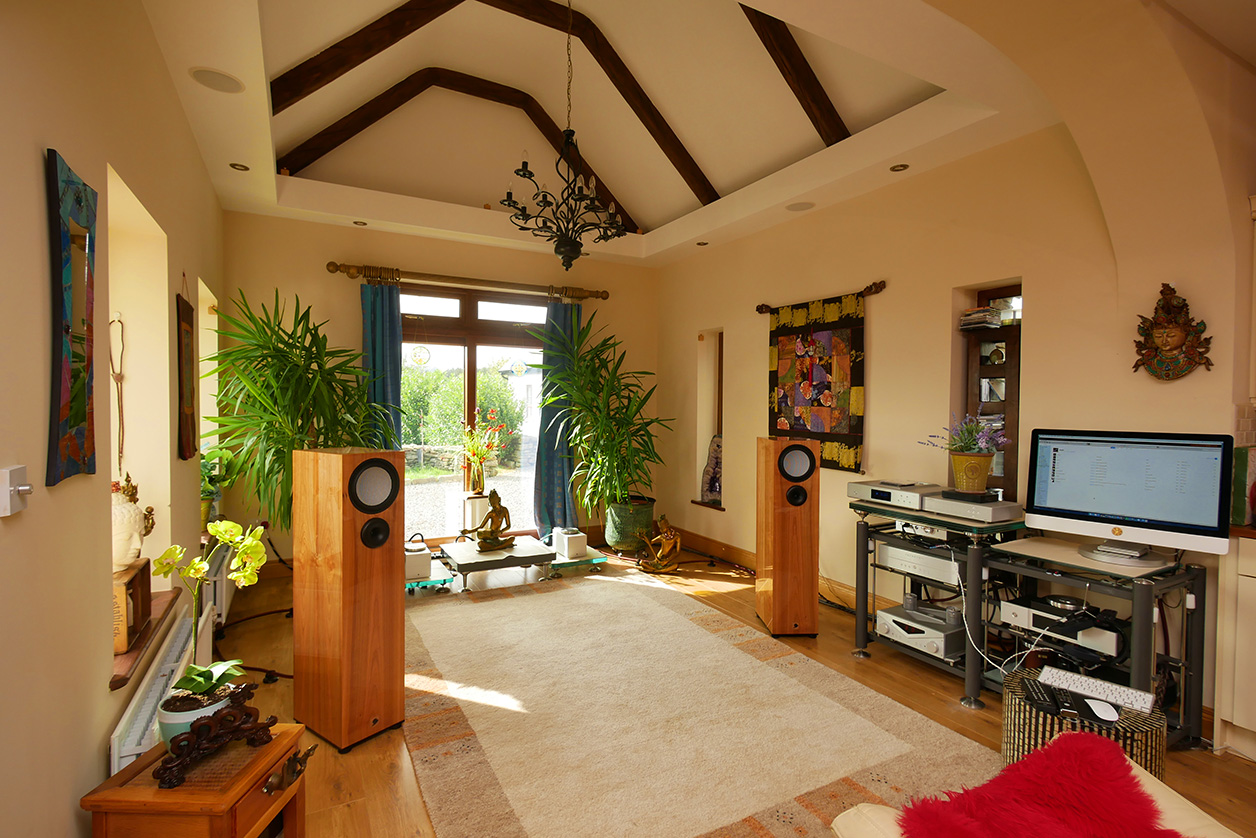 "As to why people don't experiment more with non-conventional setups, I don't know. Speaker placement tests cost nothing yet can make a huge difference. Of course dealer showrooms must maximize floor space so they tend to want speakers closer to the front wall. Ditto for photos in adverts. They want to play down the cosmetic intrusion speakers as furniture have on a room. And at hifi shows, only big cash-rich companies can afford the big ball rooms. Everyone else ends up in a small crammed hotel room where the challenge is to get the most number of people in and still make decent sound. Again speakers tend to sit closer to the front wall so presenters aren't down to just three chairs. From all that, most people get the idea that that's how speakers ought to be set up."

In photos of our own systems of course, I've shown this other type of layout for years. I just can't force people to pick up the baton and run with it. When some do and suddenly express big surprise over how well it works, it's simply a bit… amusing.

So here we go again. 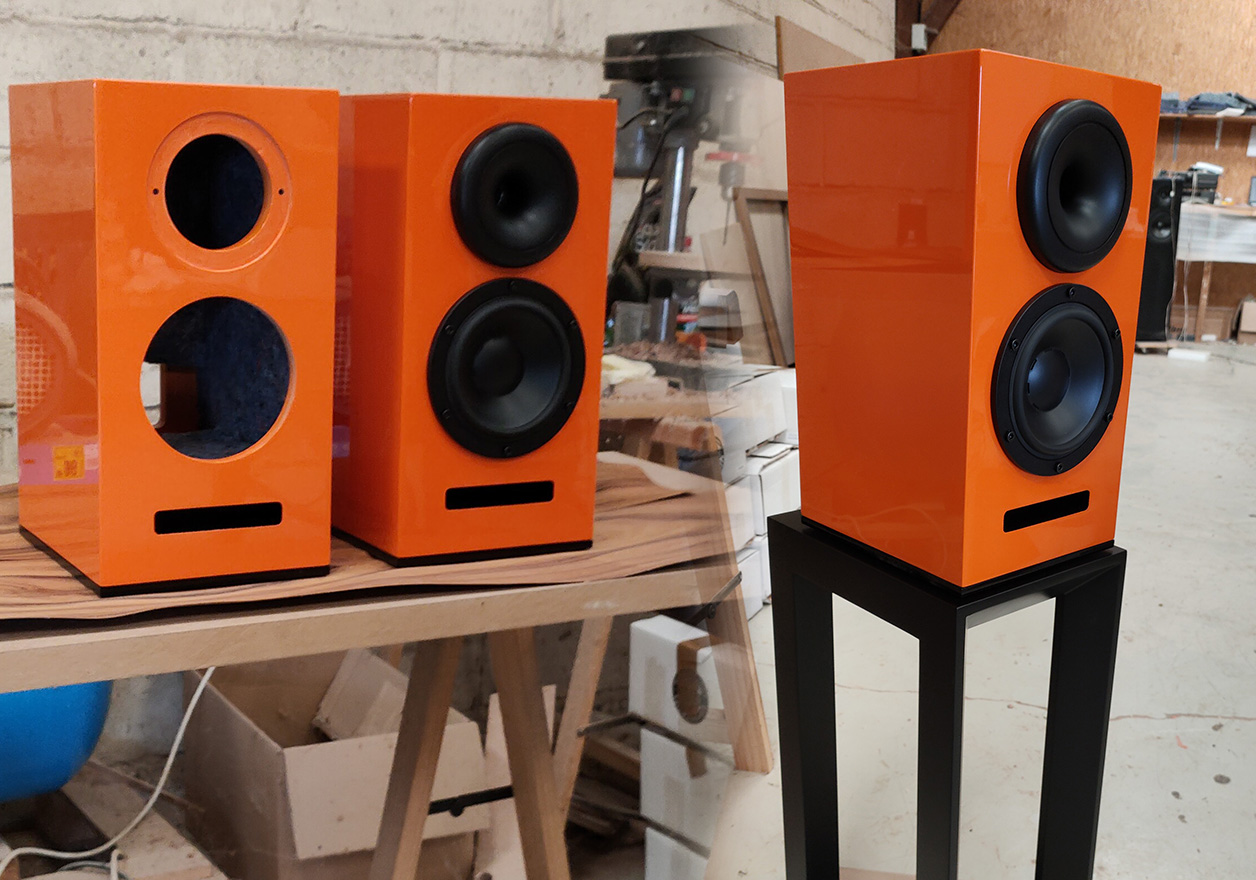 The black stand's top being slightly too large shows the difference between the M5's footprint and that of the M3 to which this stand is dedicated.

"Viewed from a distance, the M5 enclosure seems very similar to the M3. Up close it's a bit different. I optimized it for the nearfield like a studio, to go against a wall, into a home theater or library. It had to be as small as possible for good bass with a truly superior Skaaning driver which Per uses for his own listening. This is a more robust unit than the M3's ceramic Accuton, thus more universal. It's also a personal love story. I like the bass and lower midrange of this driver. So I made this model for young people like my daughter. Put it next to a computer, listen to dematerialized music on your desk and you're happy. The M5 is like an orange Hermès bag revisited – very young, very sexy, nothing audiophile. It allows listening to incredibly strong bass for its size."