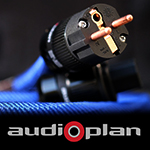 This review first appeared in October 2022 on fairaudio.de. By request of the manufacturer and permission of the author, it is hereby syndicated from the German original to reach a broader English audience. Ed. 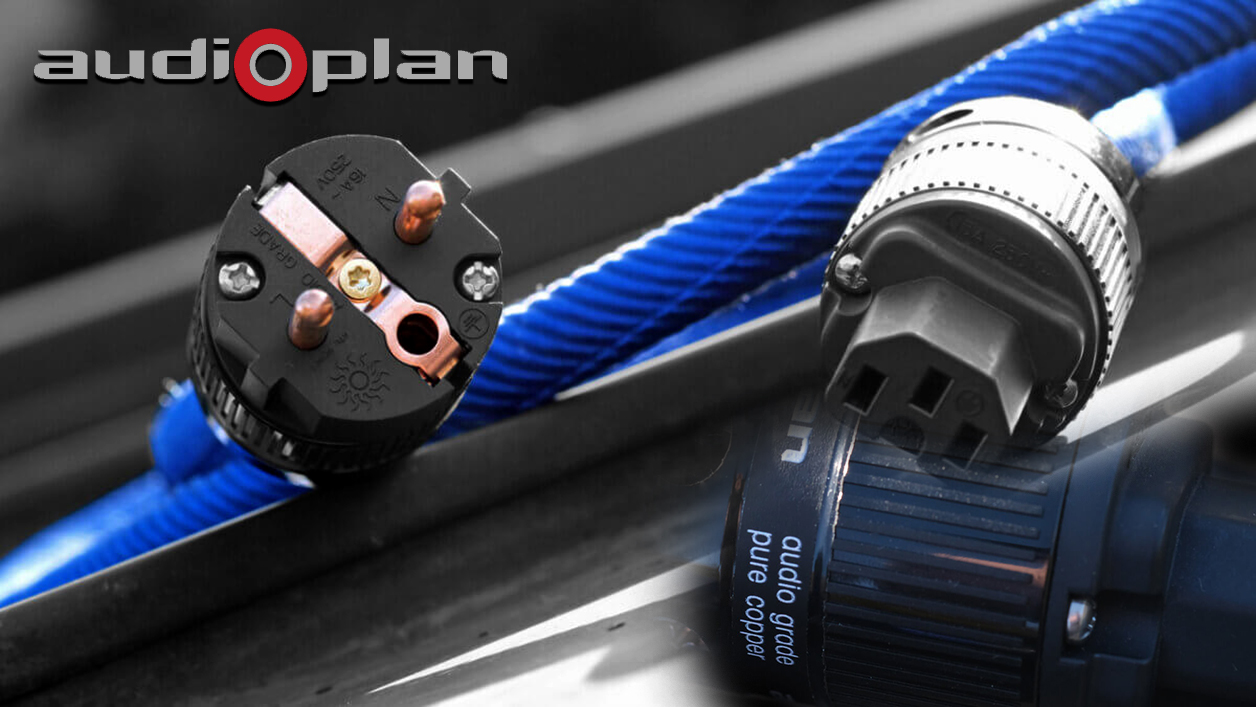 Powerful leadership. The Austrian-British philosopher Karl Popper once stated that "all life strives for improvement." Of course this also applies to music listeners and their equipment. For various reasons, the power cord topic came up for me recently when new speakers (Wilson Audio, Sehring) and speaker cables (Kimber) as well as a new server/streamer combination (Melco) had moved into my listening room. It's a synergetic coincidence that I can let my ears hear the sound improvements and pass on the impressions gained with several devices in this report. I was thus all the more keen when I learnt that after having introduced the Ampère S, Audioplan boss and developer Thomas Kühn finally launched his big power cord, today's Ampère L. Even if we at fairaudio run the risk of repeating ourselves, cables naturally exert less of an influence than speakers or amplifiers even if not explicitly mentioned. Nonetheless, I found the Audioplan Ampère L's sonic signature to make an above-average impact for a power cord. For each reasonably well-curated system, it's more worthwhile to invest a certain amount in high-quality cables than just slightly better speakers for example. And yes, overall careless cable dressing and even more so bad room acoustics can let down the sound of even or in particular the best components.

All active audio components work with a kind of mains filter since the original signal and all subsequent processing thereof are nothing but modulated AC. Due to the influences of today's technology density from switching power supplies to e-car charging stations, power outlet current is rarely pure. And of course there's undesirable mutual influence between audio devices themselves. With their Ampère power cords, Audioplan exploit the fact that each cable has resistive, inductive and capacitive properties similar to a line filter. In addition they design them to keep external EM/RF interference at bay. The Ampère L's filtering effect derives exclusively from its conductor geometry and materials like sundry dielectrics combined with conductive attenuation fibers. Thomas Kühn emphasized that he shuns ferrite which on cables many of us have seen as inductive suppressor rings. "In my opinion ferrite has an extreme sonic signature: clean but with small images, colorless and lifeless as well as of low dynamic range probably related to strong frequency-dependent damping."

Low-loss transmission of impulse-shaped charging currents (keyword dynamics) is his top priority. High inductance regardless of filter effect is therefore counterproductive to good sound especially with power cords. Hans Martin Strassner of HMS (our HMS Energia Suprema review includes more explanations on the so-called compensating currents) also attaches great importance to this aspect with his power cords of deliberately low inductance. Unlike HMS, Audioplan don't pursue particularly low inductance. Instead theirs is a matter of optimally weighing good dynamics against filter effects. Power cord capacitance in fact is a more suitable brake on high-frequency interference. For this purpose the Ampère L's outer jacket and insulation layers cover attenuation fibers with conductive coatings. Those look like thin black bristles which dissipate capacitive potential inside the cable. Fine-tuning the overall filter effect is done via a mix of dielectrics and coatings to provide additional control over the propagation of high-frequency currents. According to Audioplan, all this requires a lot of manual work "which makes it possible to achieve certain attenuation properties in the first place where machines would only produce cable clutter in this process." 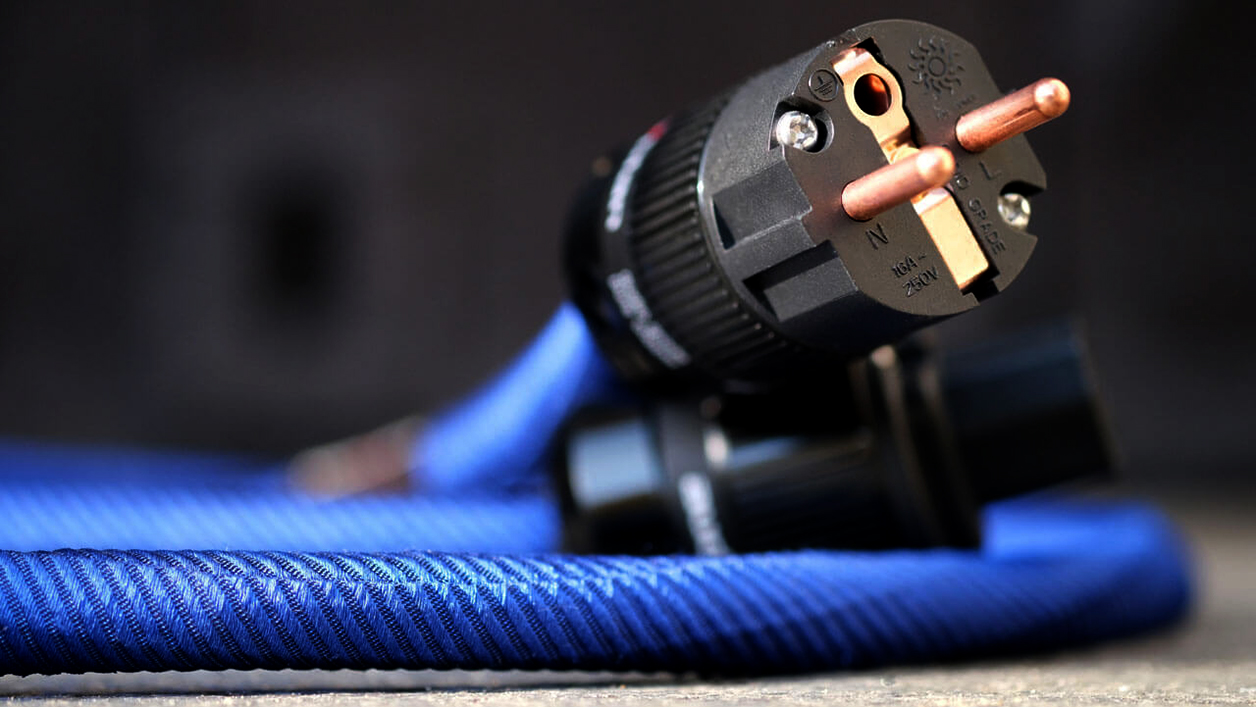 During the development of their power cables, Audioplan also considered the subject of auto-induction effects caused by natural mechanical vibrations. Though theoretically far less plausible for 230V power cords than signal cables, Thomas Kühn still promises "better dynamics, clarity, fine detailing and cleanliness" from the targeted mechanical calming of his CRC technology. Like quite a few other designers, Thomas Kühn thinks little of conventional shielding to prevent interference from the power cord to neighboring cables or components. His Ampère L instead reduces stray fields by dividing and interleaving its conductors. Total conductor cross section of the Ampère is 5mm² divided into four stranded bundles of 1.25mm² each plus one PE conductor. Incidentally, all conductors are pure copper since Audioplan now refrain from silver plating to improve their HF filtering. Silver is an excellent conductor of RF and thus a major gateway for interference. Much more interesting are the ATL connectors with their pure copper contacts which lack any coating of typical gold alloys, silver, platinum/palladium, rhodium or other. "All precious metals have audible signatures I want to avoid," explained Thomas Kühn. Instead a specially developed machining process achieves the necessary hardness to resist mechanical stress on power plugs. Having regularly plugged and unplugged this cord over several months of listening in my HMS Energia MkII filter power strip, I spotted no significant mechanical abrasions. Gold-plated contacts routinely look worse. The fancy outer blue sheath proved rather more fray prone to show several loose threads during close-up photography. But I can give an all-clear on flexibility. Earlier Audioplan power cords were notorious for their stubborn stiffness. The bend radius of the Ampère L meanwhile was less than ten centimeters.