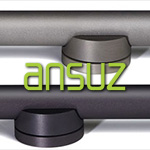 Titanic titanium. Bicycle frames love it. So do Swiss watches and Aavik/Ansuz/Børresen. As a material, titanium is lighter yet stiffer than aluminium or stainless steel. It's also significantly costlier. Our Danes have developed an appetite for titanium to show up in their equipment rack, best footers, 580 chassis struts, voice-coil formers and resonators. Unlike Franck Tchang's ASI much-copied acoustic resonators—tiny inverted viking helmets in gold, silver, copper or platinum plus wooden bodies—the Danish Rezonator in standard or supreme version is a thick pure titanium rod supported on either end by a grooved titanium footer. The Supreme or T2s gets an "acoustically optimized coating of zirconium, tungsten and aluminum/titanium nitride". That adds €1'000 above the already stiff €3'600 base price. If you thought that to resonate freely like a tuning fork or bell, you'd want just one minimal central contact and free-floating ends, not here. To learn the Ansuz way of harmonious resonance, I requested Rezonator samples. My factory contact Morten Thyrrestrup was happy to oblige. In his own system, he finds them most effective on an Ansuz power distributor. He also explained that the titanium cross in their Aavik 580 hoods serves the same purpose. They refer to it as a built-in resonator. 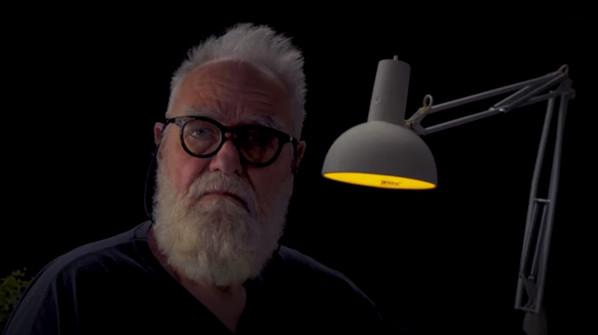 And there you thought Darkz Arts were exclusive to the NSA & Co.

True detective: for their factory sound rooms, our Danes employ the services of a room tuning expert who, after an accident and subsequent coma, emerged with the ability to see air turbulence.

That's a perfect super power to have for assisting others in improving their room acoustics. It's a bit like synæsthesia, that odd medical condition wherein the senses of affected people cross-link. Some taste colors for example.

I knew a hifi dealer in Virginia who saw colors with sounds. He learnt to exploit his different neural wiring to set up systems. Why mention it here? To show that Audio Group Denmark are unafraid to exploit things which still elude hard scientific explanations. If something works, they'd rather use it now than wait for science to catch up.

Just don't expect full explanations for that. Those presuppose complete understanding. Complete understanding just isn't required when empirical evidence already knows that doing this makes that happen. It's basic pragmatism. Ansuz's Rezonator falls into this category. So does hiring Flemming Erik Rasmussen after his retirement from Gryphon Audio. That addition to the Audio Group Denmark roster is simply far easier to explain.