Touch down occurred in a stout double carton slightly larger than the accompanying monoblocks combined. The L-10000 was bigger than many a stereo amplifier. Rather than pop the hood, one slides out the bottom plate after loosening just four bolts. 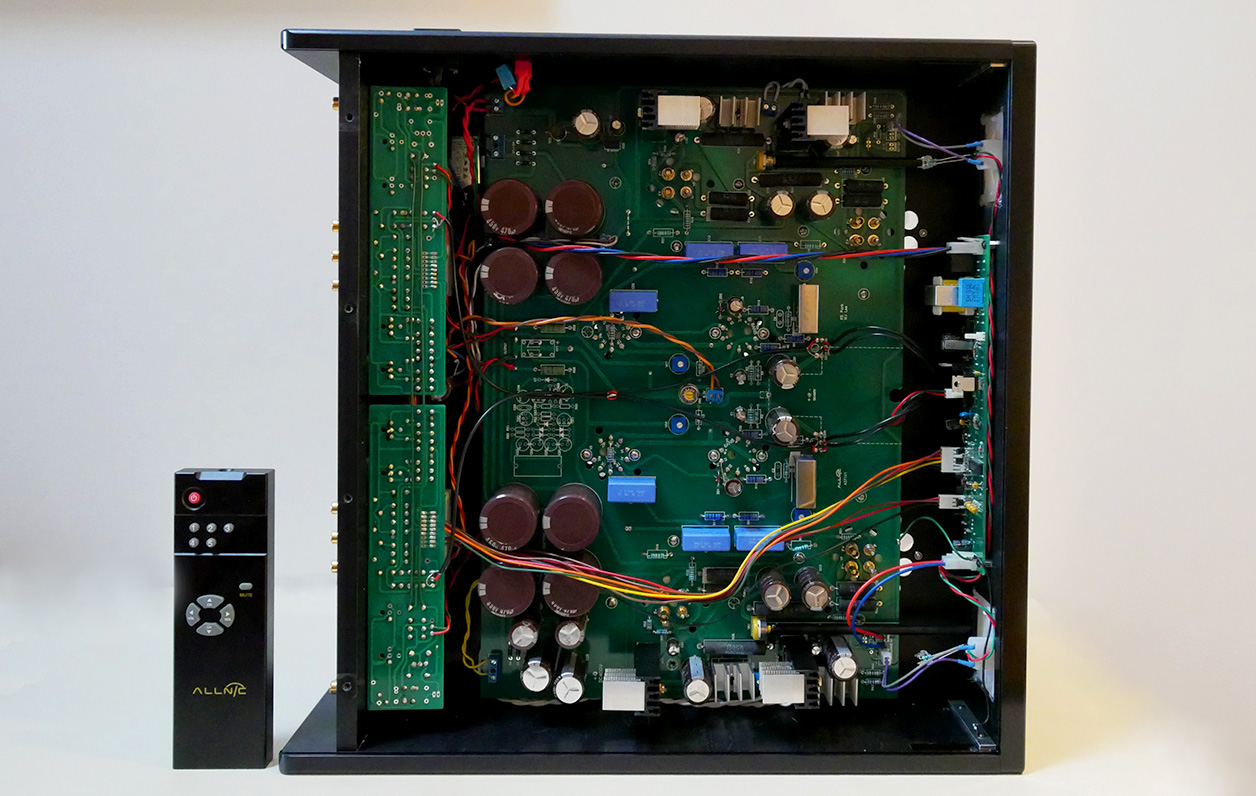 The XLR transformers tucked mostly out of sight beneath the socketry boards. 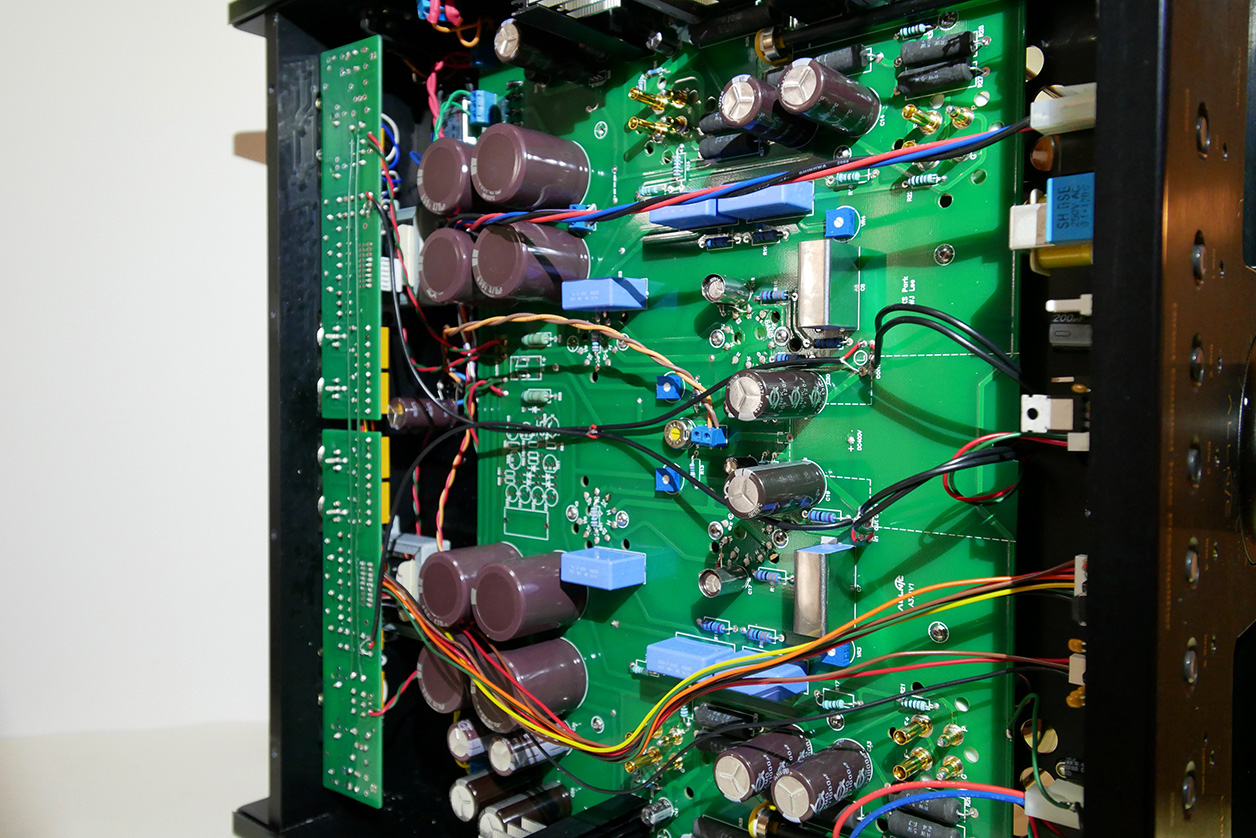 The long black axle connects a trim pot above the bias meter to the adjustment pot. 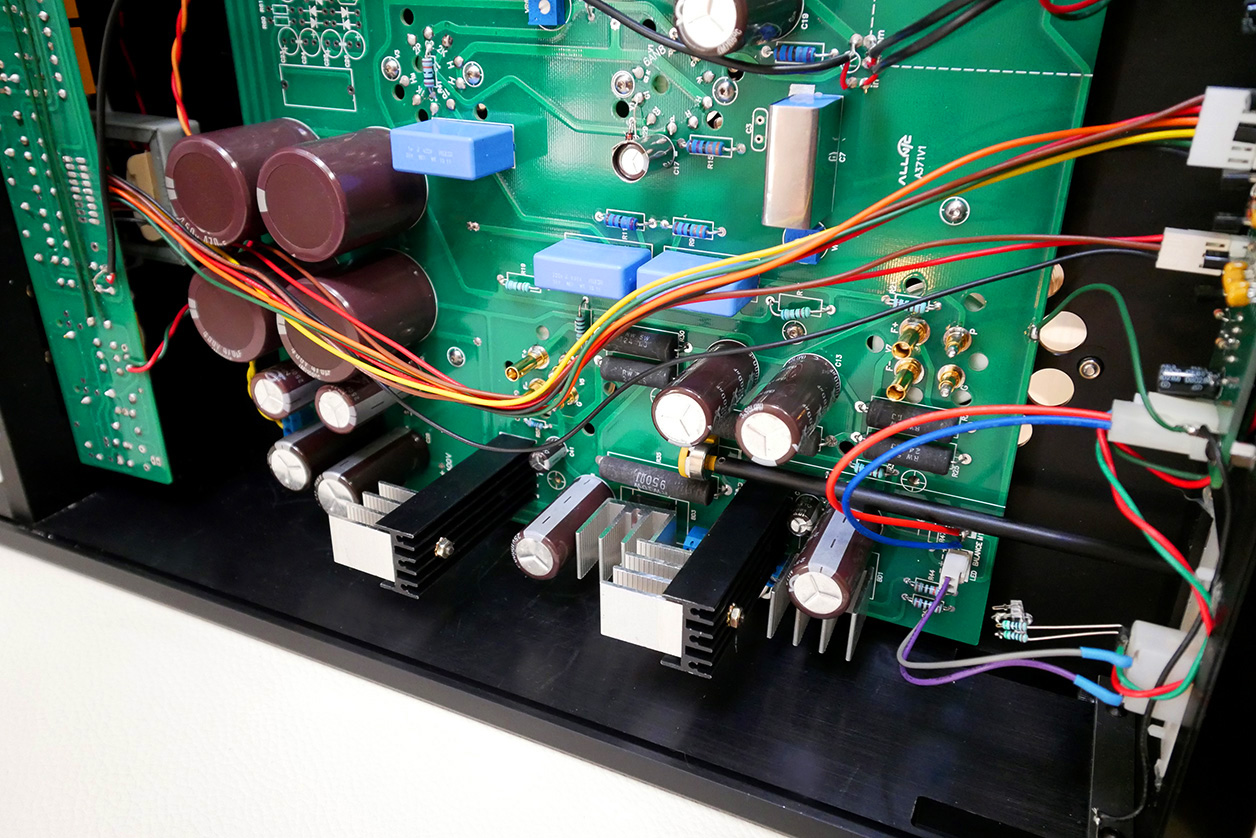 Here's that show the other way. 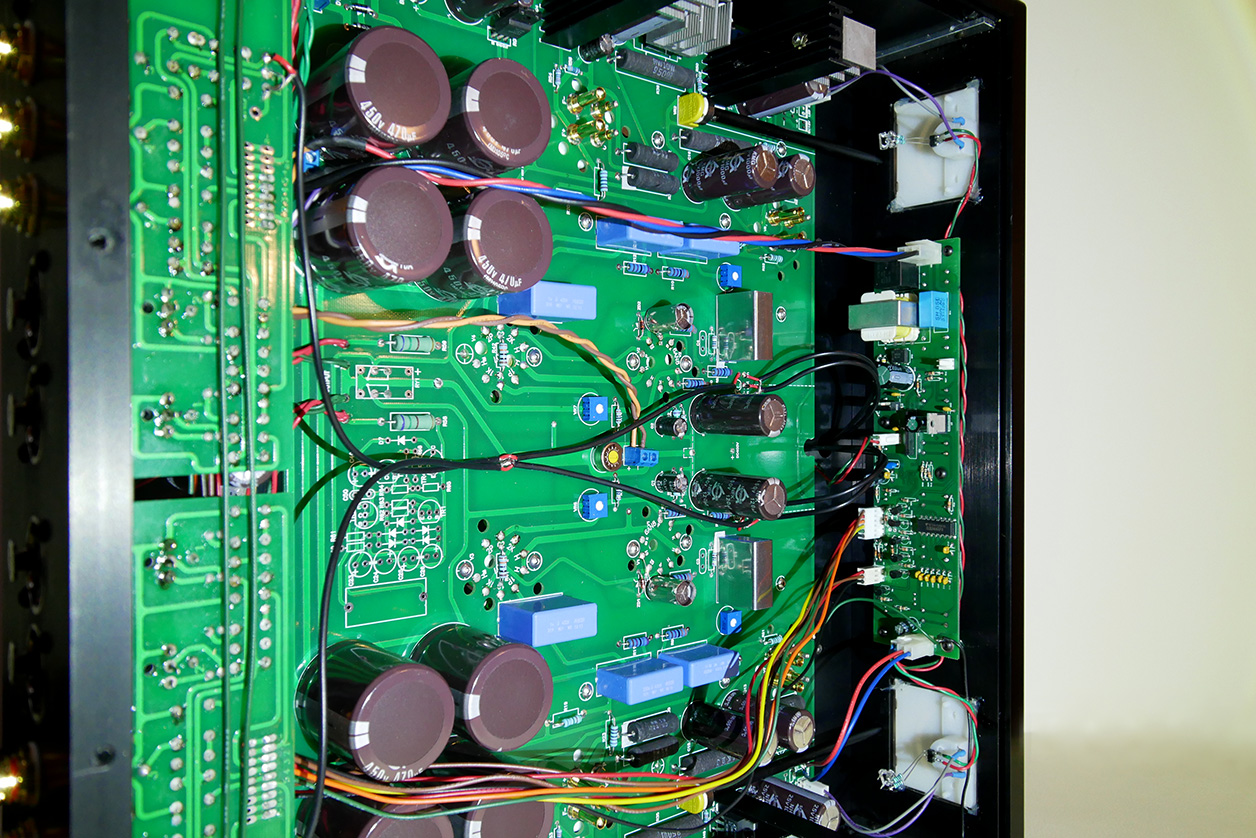 With the bottom reinserted and secured, a power cord in the IEC at the end of the left cheek, it was time to take out shipping protection around the tubes by removing the plexi valve covers. After redoing them and flipping the power mains, the four ElectroHarmonix 300B Gold didn't really glow much in daylight. The 6814A followed suit by hiding inside metal sleeves to only expose their nipples. 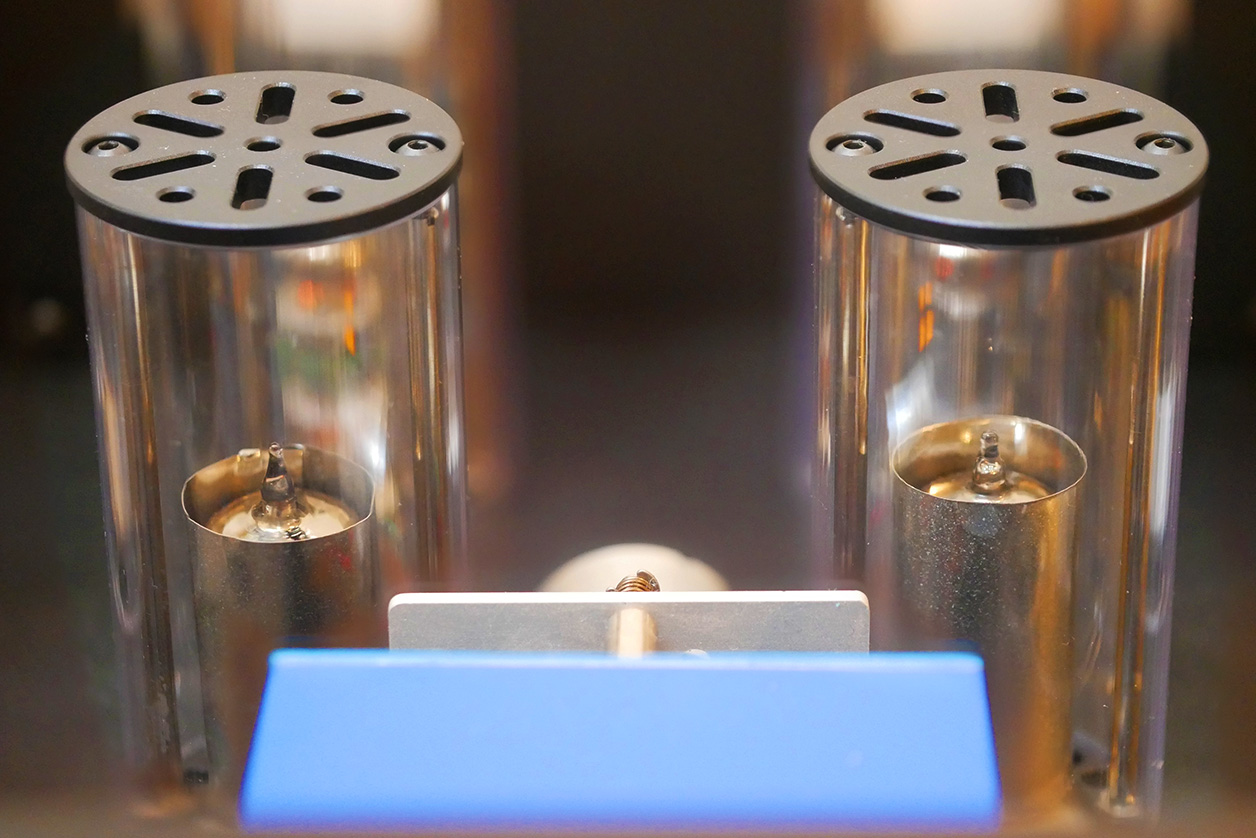 Orange-is-the-new-black fanciers would have to concentrate on the 12AU7 in the back to catch any day glow; or return to the front panel where the strongly back-lit meters and indicator lights certainly put on most visible emissions even under the sun. But why ever did Kang-Su Park opt for a blue volume-control casing rather than black or silver? Having it this exposed then mismatched with the chassis is not that stylish. 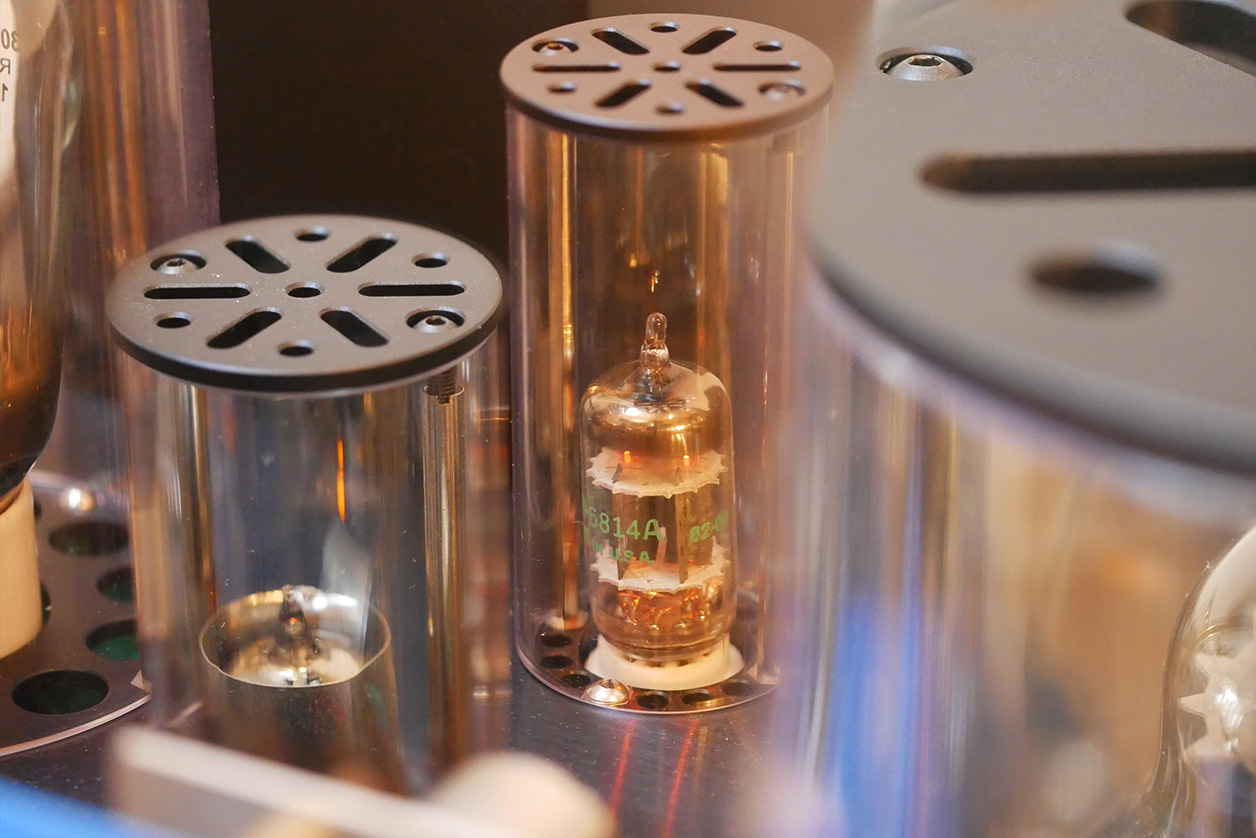 Giving the remote volume control a spin brought to life an audible whirring motor as a small concession to better sound. As I would soon learn, the circuit's high 18dB of gain was nicely counter-balanced by the chosen resistive values of this controller. Even on 93dB speakers, I could open it up well past 9:00 and not get too loud.