What to expect inside a €14'000 single-ended tube mono? If you understand the appeal of such circuits to be their inherent simplicity, not much. 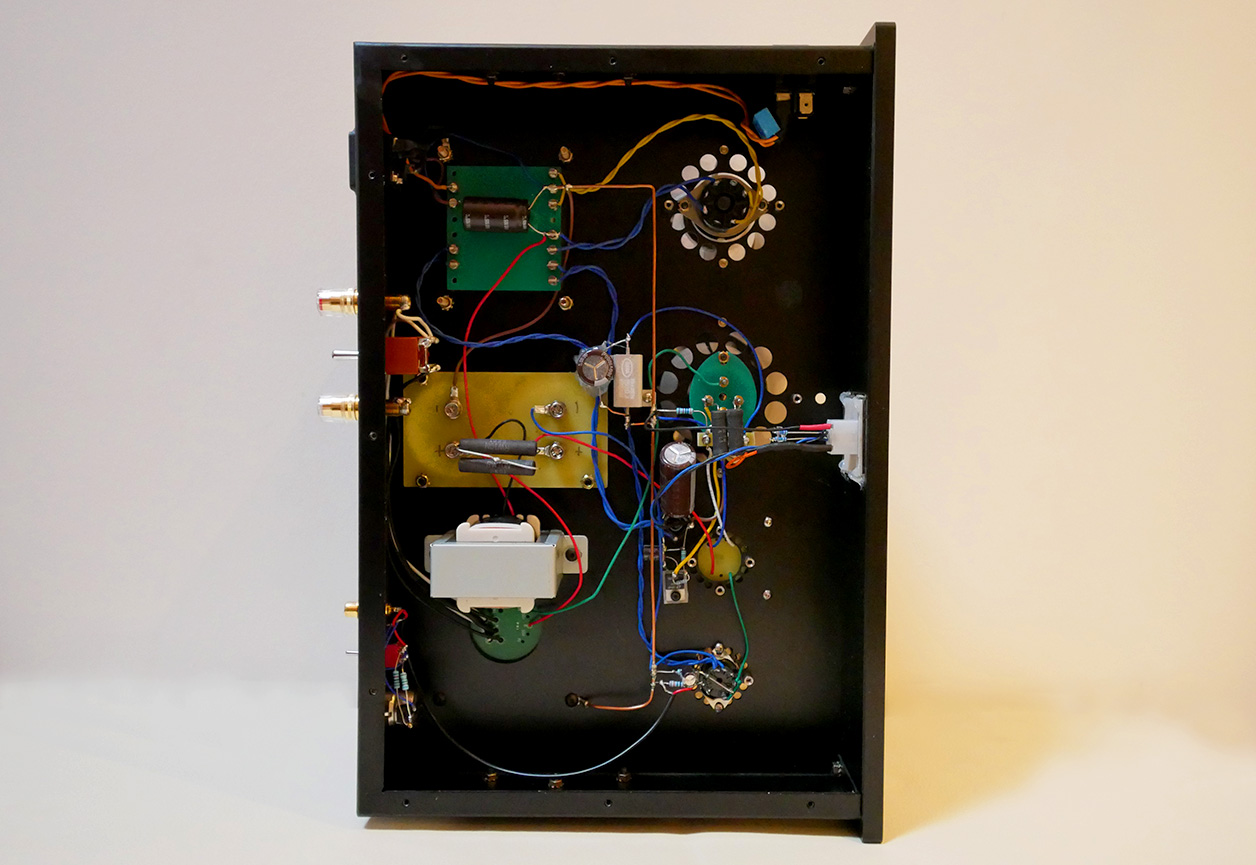 In addition to the top-mounted choke, another one was below deck. 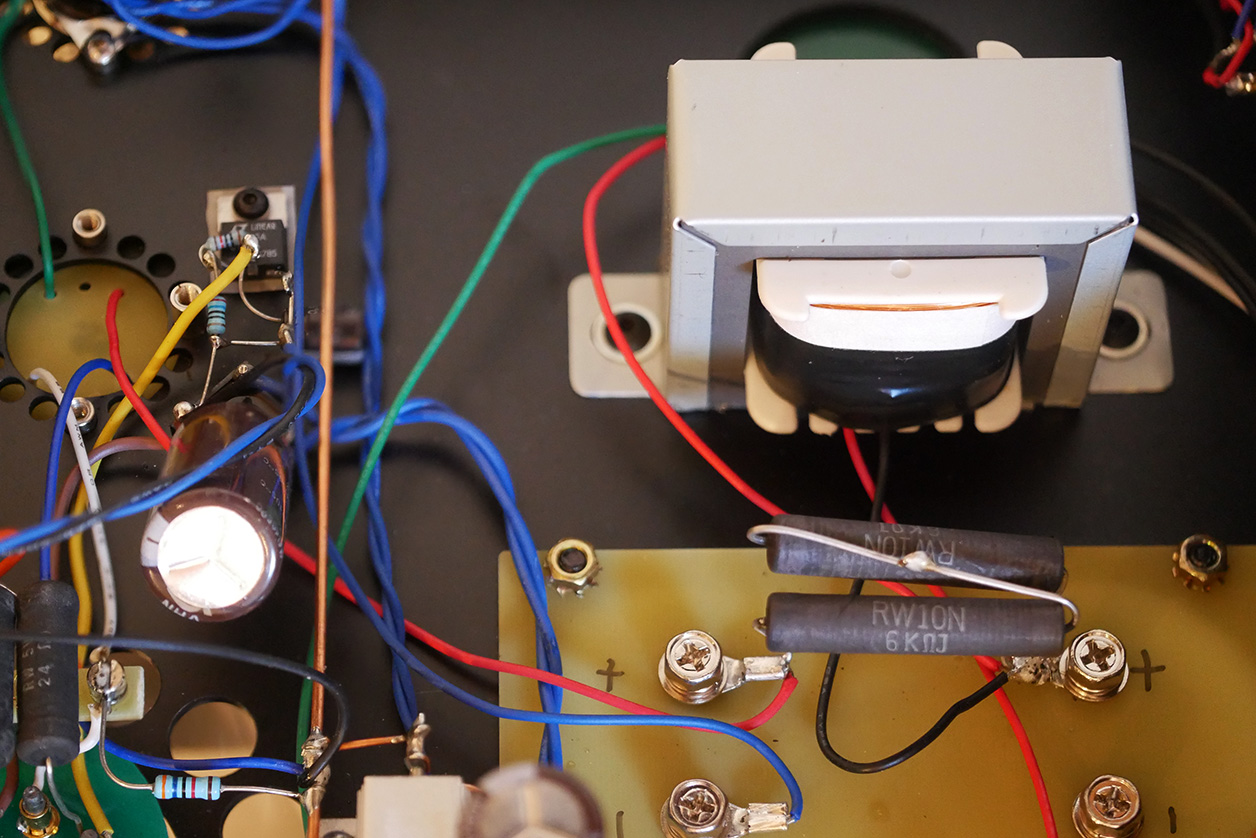 But if you anticipated more, you'd be disappointed. 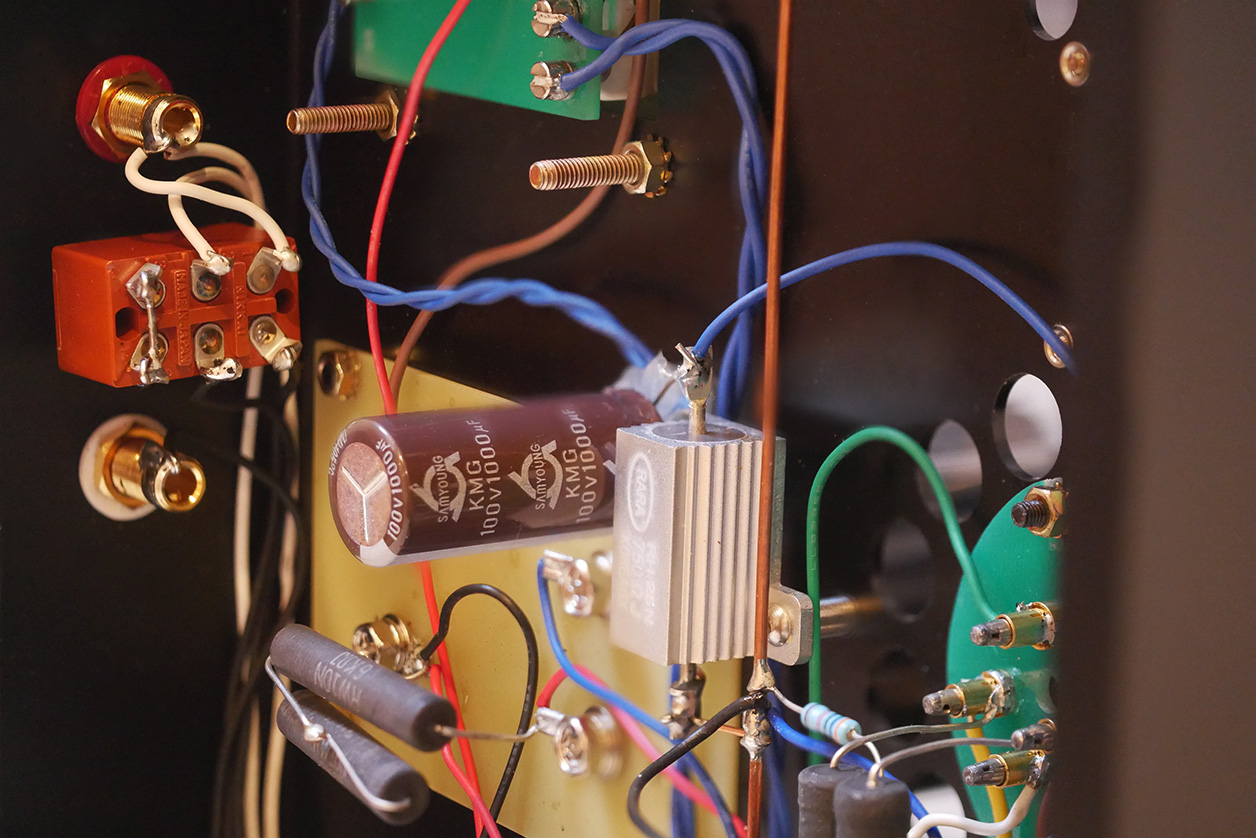 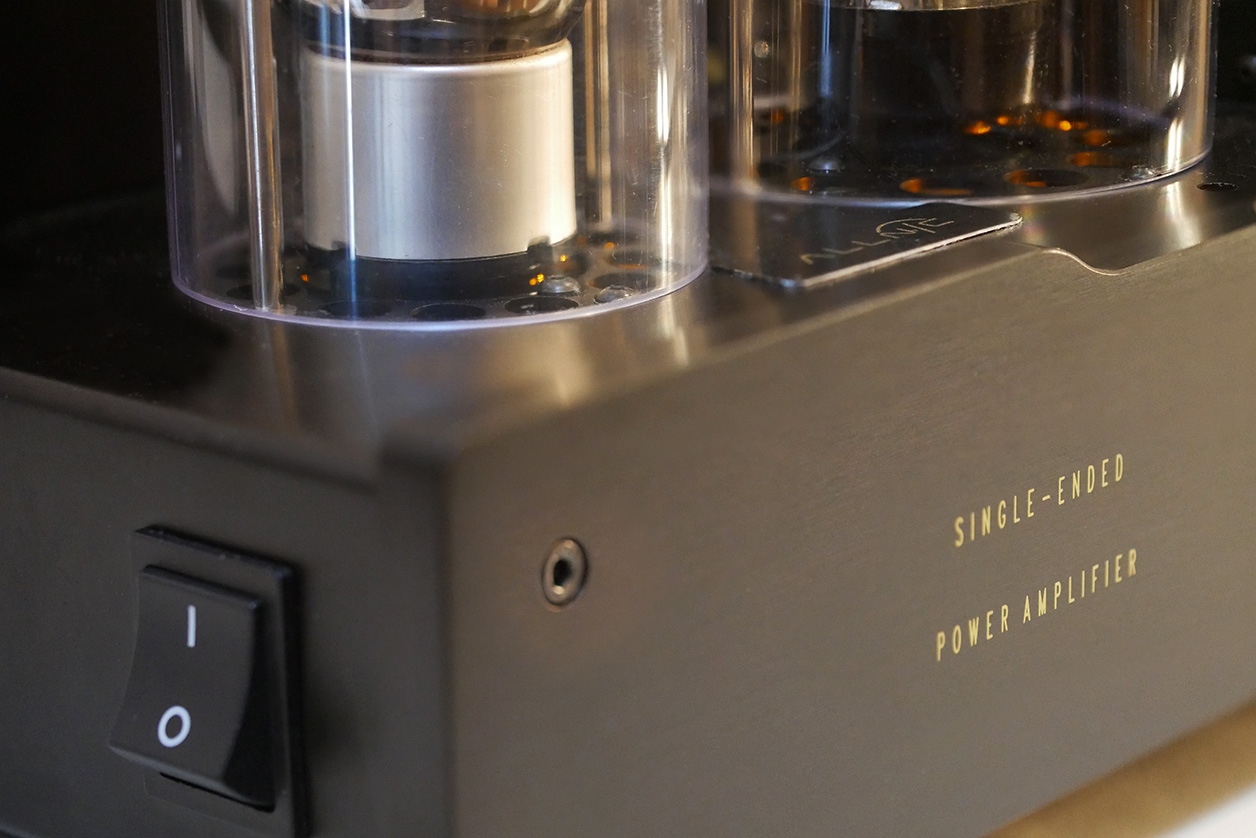 … one might be less than over the moon with the tacked-on company badge which on one amp was in fact applied crooked. Likewise for the hole fronting the output triode which in the previous generation had housed the trim pot. That trimmer was now obsolete. So should have been its hole. 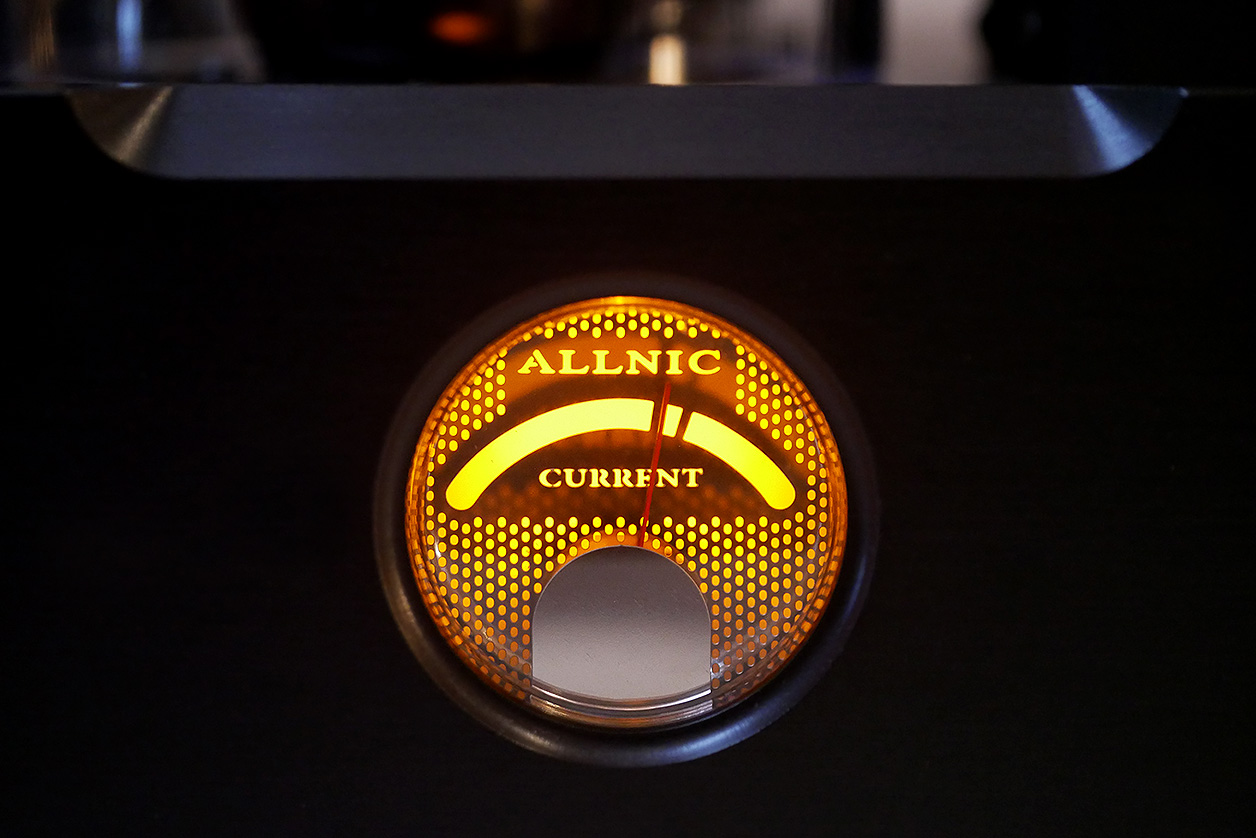 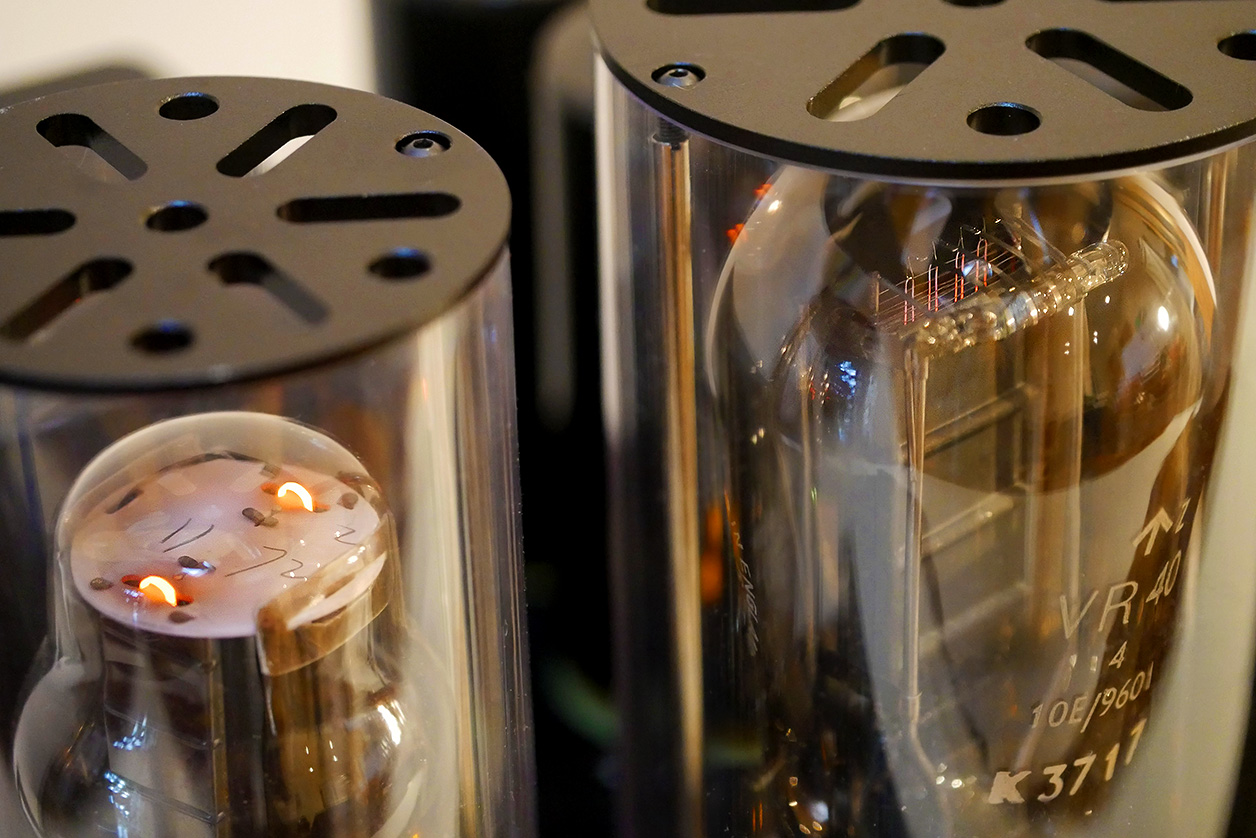 Unlike 845/211 of course, the chosen tube types here emit their glow in rather subdued fashion. 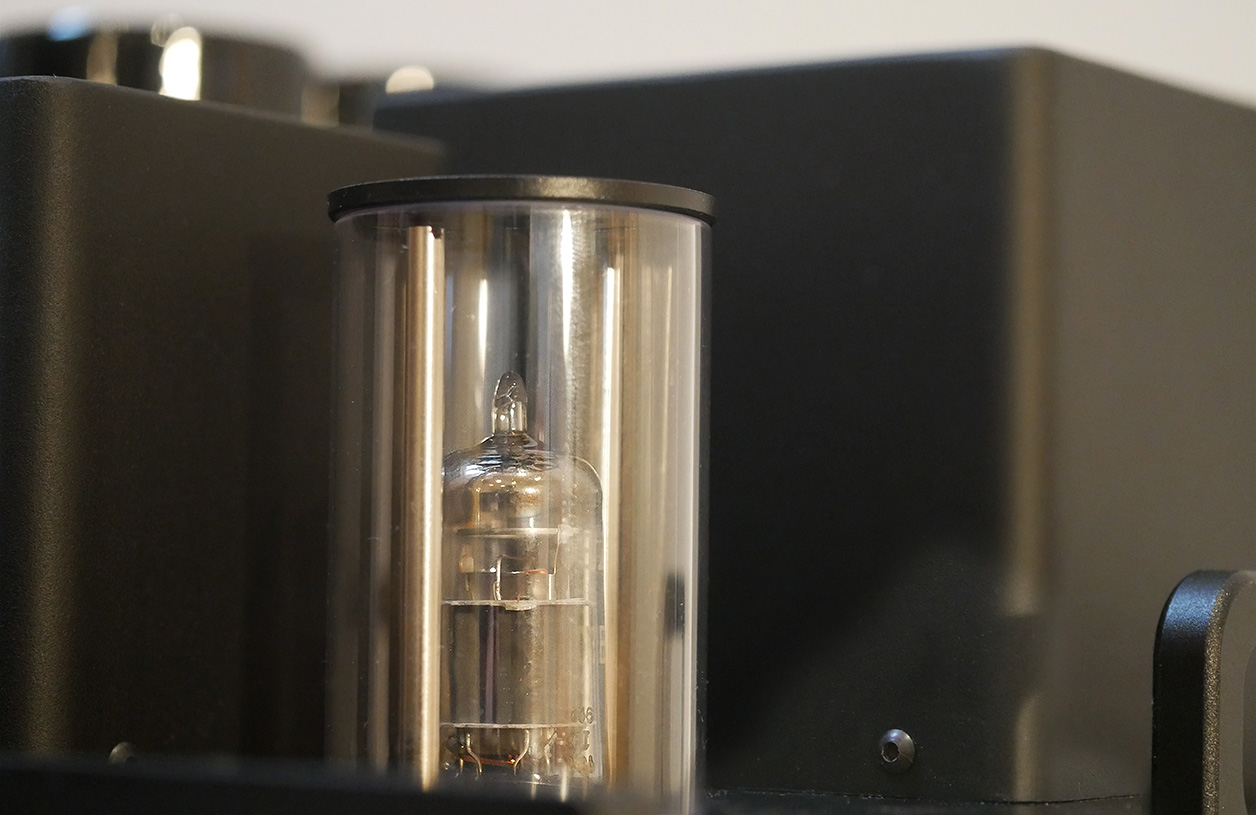 Returning to the overall concept, one appreciates how Allnic went through the extra trouble of mirror-imaged layouts. That's an attractive visual detail which one doesn't see often. Mostly left and right monos look identical. Not here. Like speakers whose woofers can fire in or out, you decide what you fancy more. I went with big bottles out, small ones in. Comparator for direct-heated triode performance would be Tektron's unusual €6'000 TK2A3/300PSES-i Ref from Sicily. Its multi-kulti tube acceptance nets scalable power from 1.5 watts (SE 45) to 22 watts (PSE 300BXLS). For this A/B, I used 6-watt PX4 in single-ended mode. Output triodes were Riccardo Kron Special Editions. This was the closest apples-for-apples comparison I could muster except price. There Allnic's mono chassis get more than double.