In this field, Alberto's only real current competitor is Merrill Wettasinghe of eponymous hifi house Merrill Audio. The GaN-powered class D amps they both propose set the very brightest shine which up'n'comers like the Voyager GaN 200 hope to steal. LSA's Walter Liederman invokes their pricing, then promises to deliver even better for a lot less. Of course he would. In the olden days of just a few decades back, better than Krell was each transistor amp's target, better than Wadia digital's. Speakers looked at Wilson, today perhaps Magico. The point is the same. At any given point in time, one brand becomes the ultimate expression of a particular category/tech which everyone else wants to emulate or surpass. Being such a brand—for however long its kingship lasts—is a major compliment. That it's not purely down to accomplishment but includes savvy marketing, timing and a bit of luck is also true. 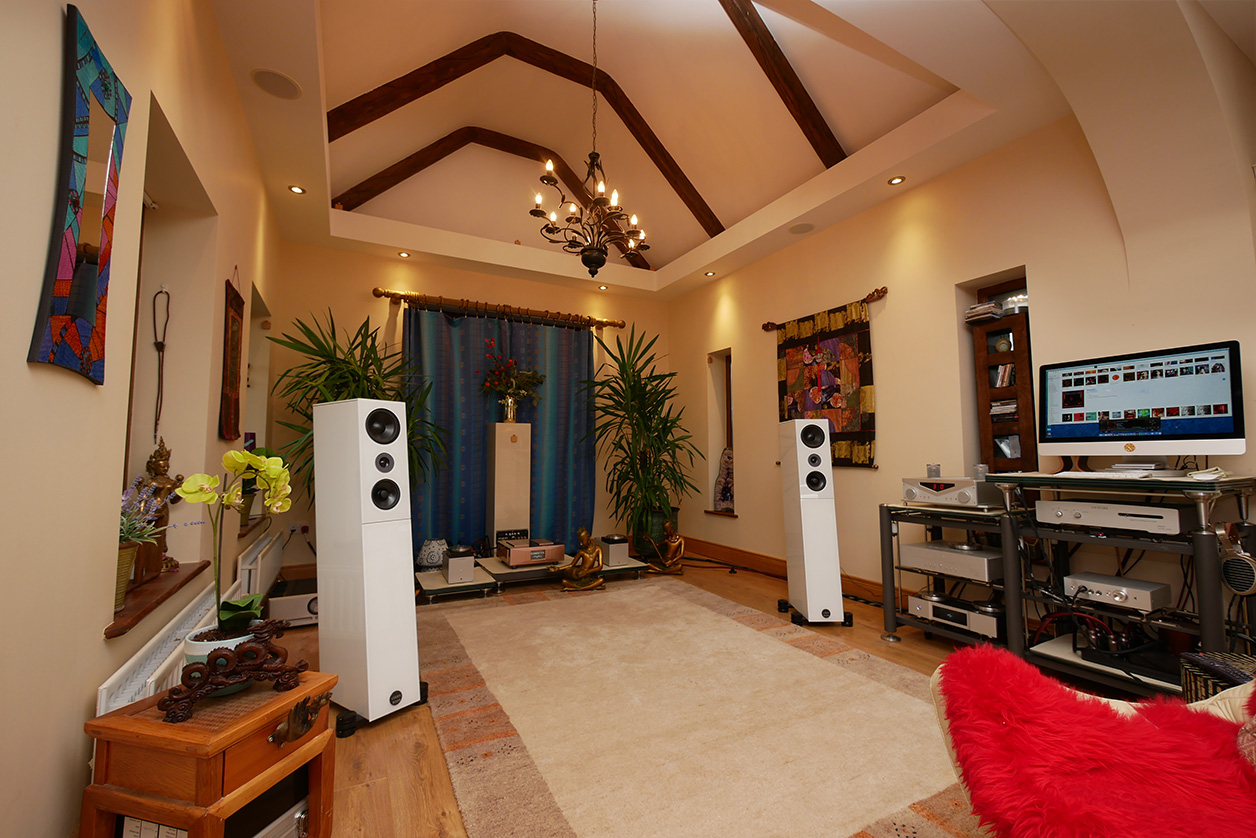 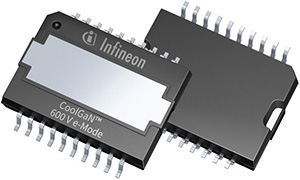 Back to GaN which in hifi is just emerging. Only beginners fall for cheap claims that by sharing the same type of output device, they're guaranteed equivalent performance for pence on the pound. If that were true, all class A/B amps with Exicon lateral Mosfets would sound the same. All speakers with Accuton drivers would. So would DACs with AKM AK 4399 or ESS 9038 Pro chips. It's magical belief in silver bullets. Due to the acclaim AGD and Merrill amps have minted in the press by the close of 2020—and perhaps also because their expense suggests exclusivity—class D's current magic bullet is the gallium-nitride Mosfet (Mytek will have their own 1'000-watt/4Ω €20K GaNFet monos later this year). What such device worship leaves on the coroner's slab as a lifeless corpse is a far greater truth. Skilled human implementation always outsmarts inanimate parts. End of Harry Potter detour.

Though I can't weigh in directly on sonic differences between standard and Gran Vivace, I had the same system now that I used then. I remembered perfectly how competitive Vivace had played against our LinnenberG Liszt—200/400W into 8/4Ω class AB lateral Exicon Mosfet push/pull, ultra-wide bandwidth—only to add somewhat more damping and control in the low end. This virtual stand-in status with the Germans would now be my marker for Gran Vivace triangulation against 'half'-power Vivace.

With my arbiters of Liszt monos, I found Gran Vivace's overlay onto their familiar sonic aesthetic uncanny. AGD's big amps sounded just as fast, crystallized and evenly lit up all over. They separate into tangible 3D with strongly sculpted relief. They present a neutral tonal balance. They don't suffer earlier class D's telltale poor treble. They don't apply subsequent class D's counter move into warmth and minor fat like Wyred's particular ICEpower tuning. They don't exhibit the peculiar dryness or faint if pervasive brittleness I detect with certain popular nCore/UcD implementations. To my ears, their kind apply undue damping to the mid/high registers. We have three such versions in our hifi cemetry. I resurrect them only for review comparisons, never for pleasure. What Gran Vivace doesn't either is pursue classic valve sound à la S.P.E.C. of Japan. How Boenicke's ultra-tweaked PowerSoft amp might fit into the bigger picture I don't know yet. Gran Vivace would return to its UK importer before the Swiss arrived. All this by way of a reminder. Class D covers a broad swath of sonic possibilities. It can be bent to a designer's will. According to Dawid Grzyb, "the S.P.E.C. Corp. RSA-M99's output was of a beefy transistor type but sounded very much like a purist SET affair. On snap, resolution, overall maturity and sonic freshness, the AGD Productions Vivace runs circles around almost anything I've heard to date. The Aavik I-280 [a 300wpc Pascal-based integrated – Ed.] fits right in-between those." 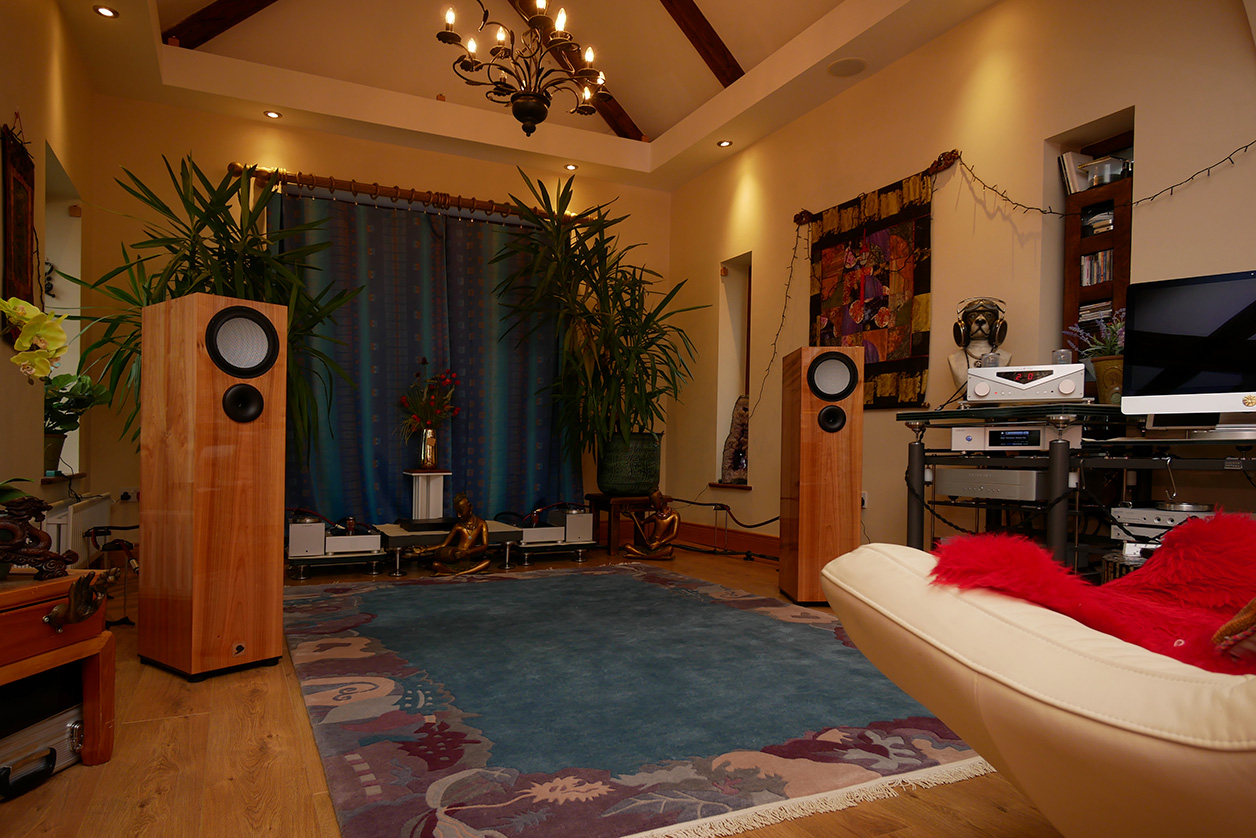 Whilst 75% more powerful, Gran Vivace struck me as just as nimble and free as Vivace had. From my remote viewing spot, Alberto's contention of this being essentially identical sound just with bigger current capacity to translate into more challenging loads and bigger rooms felt spot in. For a change, the common observation that smaller amps are quicker and more refined had no traction. Under my non-challenging playback conditions which don't pursue extreme SPL, this extra muscle really didn't show or betray itself with drag, bloat or an undesirable morph from fleet-footed singing bass to a saluting cyborg parade. Not only did these monos look virtually identical to the others, they sounded it as far as memory was trustworthy. It's why this follow-up assignment doesn't warrant much extra ink. I've already said it all the first time around. 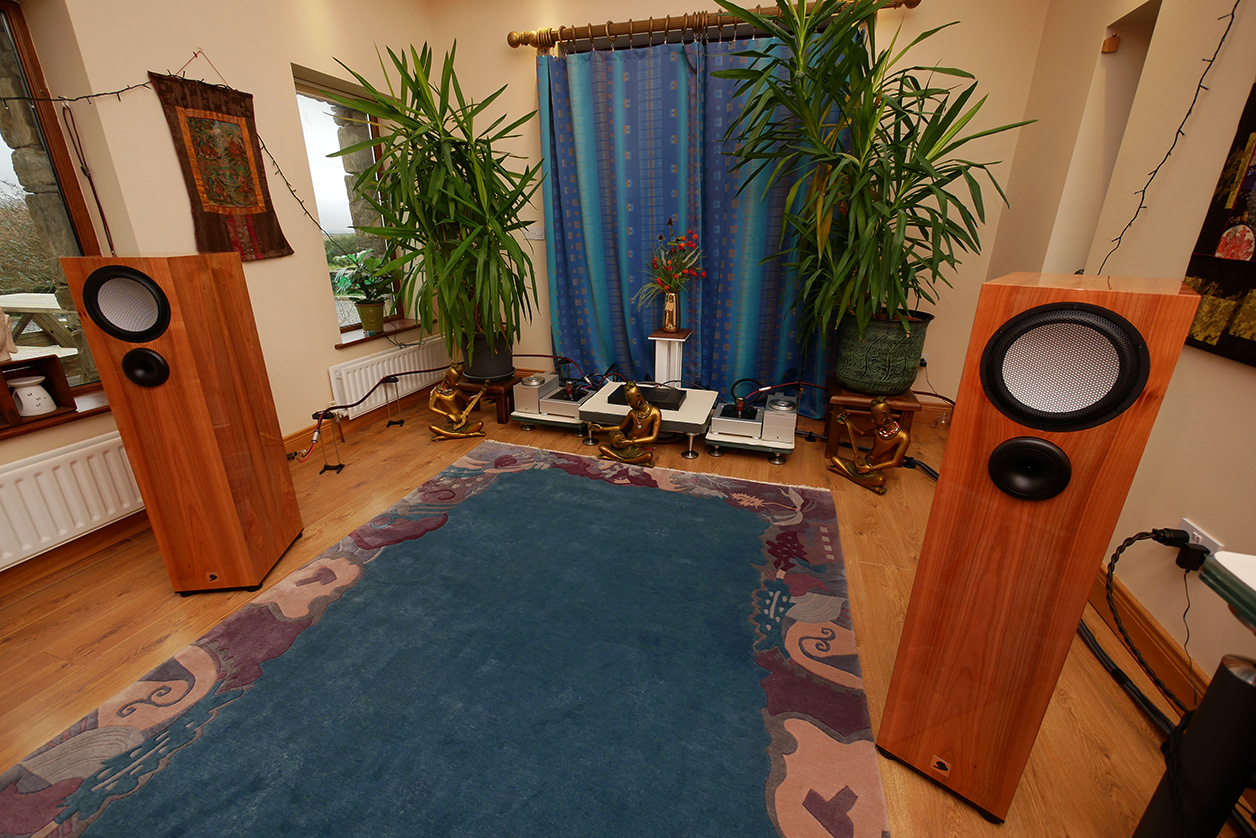 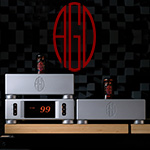 The perhaps best way to highlight today's sound is to say that the immediacy, microdynamic electricity and detail one expects from high SPL already factor very early on the volume dial. The usual come-alive phase wherein we quickly shift through lower gears until the sound finally shows up in full—and which in the opposite direction has more and more things fall away—is far shorter. Compliments to a super-low noise floor and very clean waveform tracking, the it-already-sounds-loud sensation asserts itself at low playback levels. From there it simply scales up and expands. City dwellers are used to constant light pollution as its own form of noise. Looking at the night sky is a limited experience. But move into the country side or high desert far away from any lights and smog. Suddenly the number of visible stars explodes. The Milky Way becomes far more mysterious evidence of eternity. Dial up Gran Vivace to standard listening levels. Relative to detail intensity or data density, you'll have a similar sensation with well-recorded complex music. There's no cloud, shadow or particle to filter and obscure your view. There's stars everywhere. Like tropical water with a clear view at the ocean floor, the air seems thinner so you can see farther. Hifi's equivalent is speed as the sensation that nothing's in the way to obstruct the release of acoustic energy.

That's the AGD aesthetic. Extreme lucid mode. The opposite of Gemütlichkeit. No stickum or holding on. Ironman fitness. True high resolution. Neutrality. Wide bandwidth. Transparency. Cleanliness. Immediacy. A large-diameter gushing conduit not constantly thinking translator who's always late. A superior widebander might be speakerdom's best equivalent. Add 50 amperes of current, nearly 400 watts into 4Ω. Shake and stir. Drive anything. Not Grand Poobah but Gran Vivace the wake-up call. That it looks fantastic is an extra bonus. That its output stage is modular goes still beyond. Okay, cheers already!

And that's a wrap on GaNTube class D which really is equal to my favorite class AB direct-coupled amplifiers of ultra bandwidth.