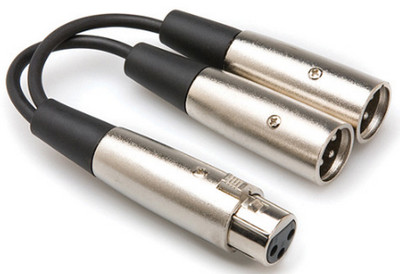 "Yes you will need two AES/EBU outputs but Première's digital input is very easily driven. Any Y adapter works just fine. Also, my digital input doesn't rely on AES signal amplitude. Two coaxial consumer outputs via coax-to-XLR adaptors work beautifully. I opted against a thru-put for purist reasons as it would have inserted an extra buffer on one speaker but not the other. You're also correct that Sabre's on-chip 32-bit attenuator won't be accessible until our own source arrives since I elected not to include a remote control or physical attenuator to input volume commands."

As to what the Acoulab source and LFX module are, time will tell. A review pair of the present speaker booked from Noel's traveling demonstrator troupe. I'd precede the hopefully white samples with either iFi's iDSD Signature; or Sonnet's Pasithea. Both DACs include analog volume control and have true balanced XLR outputs. For pure digital sources with AES/EBU outputs like CD transports or USB bridges, none of mine include attenuation. That closed off the more direct path. Noel mentioned Auralic's €7'600 Sirius G2.1 DDC for an example of a deck with variable digital outputs. His FAQ page has others.

No matter that I had none of them. On my desktop, €780/pr active DMAX Super Cubes with DSP impulse correction only do analog XLR inputs, period. Despite their subsequent ADC, they're my highest-res non-headfi transducers. Modern ADC are extremely transparent. They parlay changes in upstream DACs without fail. 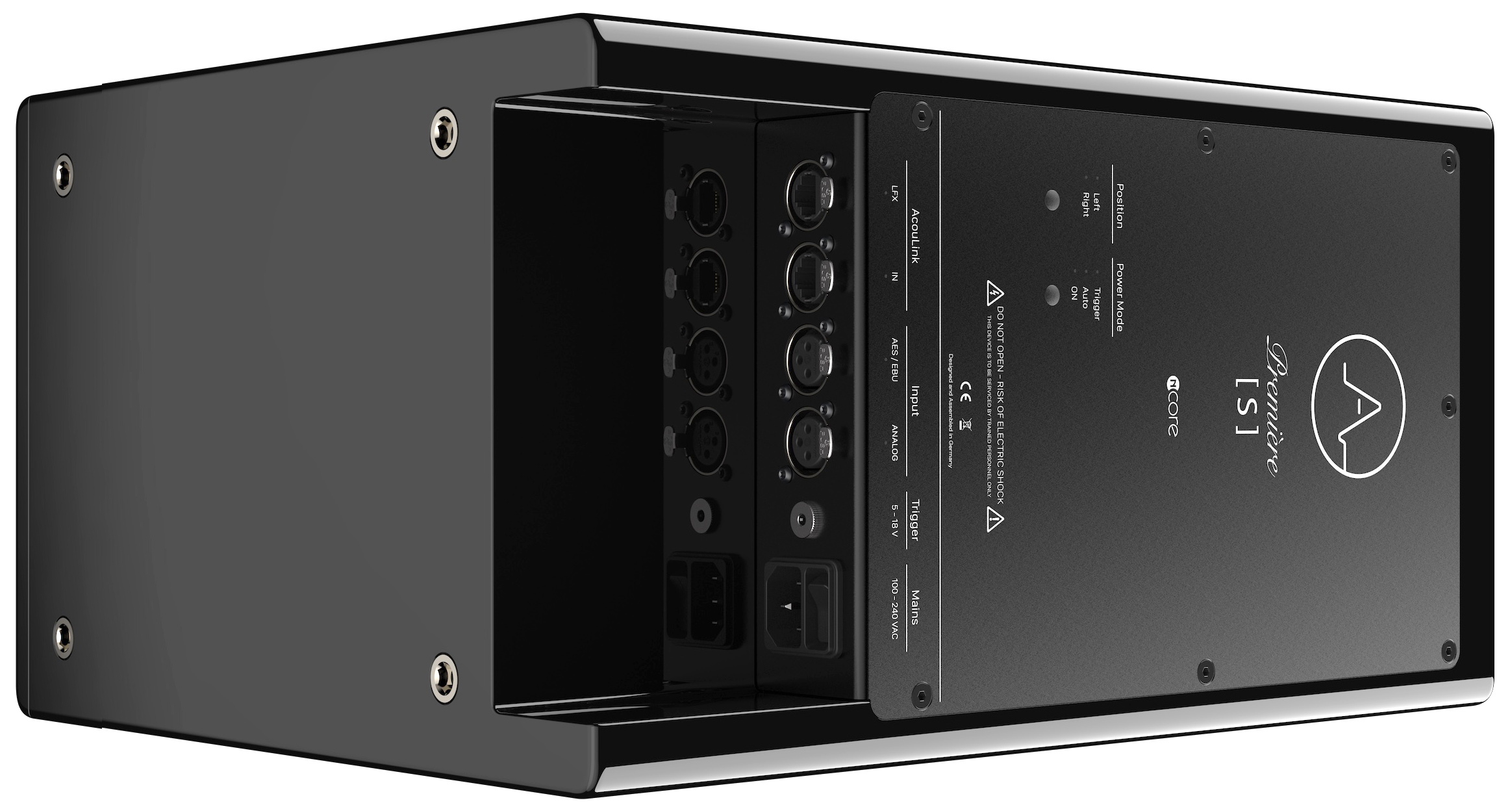 To further combat puritan fears, let's talk percentages. If a solution creates a 40% improvement but in doing so causes a 2% setback elsewhere, we're still a solid 38% ahead. If another solution avoids that 2% setback but causes a 30% loss somewhere else, we're a fat 28% behind. In short, DSP gains—crossover functions with optimized time-domain behavior, greater response linearity, LF compensation, overdrive protection, dynamic gains, lower distortion—can far outweigh potential minor resolution losses from extra A/D conversion. It's important to look at the total picture so we don't get stuck on certain mechanics which contribute far less. Noel's analog input interfaces legacy kit like active preamps with his advanced digital-signal processing. Without DSP, a whole slew of benefits vanish. The AKM AK5572 ADC is "a 32-bit 768kHz differential-input A/D converter with 121dB dynamic range, 112dB S/NR, four types of digital filters and support for DSD output up to 11.2MHz." As to Noel's 30ms latency, "for film, acceptable lip sync is no more than 22ms in either direction" claims Wikipedia. By that metric, the Première S misses. For musicians playing together in isolated sound booths via headphone feeds, anything above 7ms will become problematic. Asking John Darko, "perceived playback latency varies from person to person. I won't notice or can ignore lip sync issues up to ~25ms. As it begins to get closer to 50ms, lack of sync begins to annoy me. It's why the Kii III adds low-latency partial DSP 'bypass' mode against its otherwise 90ms latency." By that metric Noel's latency could fall right at the edge of noticeability to be a non-issue. A monitor's refresh rates impact it as well. I had an Oppo BDP-105D universal player to check lip sync over a current 43" Sony Bravia TV; not that A/V is part of my bailiwick.

Here's another spec I forgot to even ask about when I had Noel on the phone. But John Darko picked up on it for his news post: "AcouLab claim that its stand mount can hit 25Hz at -3dB." We don't know relative to what SPL. If we're sane and so is our room—i.e. we don't play too loud in too big a space—actually meeting that mark would be super impressive. Any reasonable person understands that once we dial up 75dB median levels with 90dB+ peaks, we can't expect that spec to hold. If it did, why would there be an LFX module waiting in the wings? The Kii 3 too has very ambitious bass specs which dilute with SPL. Hence their BXT bass-extension module with eight more woofers per channel adds LF output for higher loudness demands. That knows not to bring a knife to a gun fight.

It goes without saying. Our digs are a gun-free zone though we do have all manner of kitchen knives. We're simply not youthful bangers who wait on neighbors or eventual Guardians of the Peace aka the Irish Garda to demand that we turn down the noise or else. I view 65-decibel average levels at the ear loud. This includes peaks at 80dB. Medium levels subtract 10dB, low levels another 10dB. Now the Première S's eyebrow-raising F3 could be simple fact. The above block diagram shows the motion-feedback loop between mid/woofer and its nCore amp's input; and how the digital input inserts a 96kHz resampler before the signal hits the DSP engine. Noel Neu is keen to remind us. Unlike Hypex actives which repackage complete stock modules of amp/s plus DSP, his digital signal processing engine isn't off the shelf. For a primer on how motion feedback works, read this. Expected benefits should include lower distortion from closer signal tracking as higher levels enforce ever higher excursions. Allied to simultaneous DSP, one thus expects more uncompressed recorded peaks. Such a driver can be pushed more cleanly to its known limits before an internal rev limiter prevents overdrive. That benefits more linear dynamics. Translated, a smaller speaker more closely approximates what a rather bigger driver in more cubic volume can do.