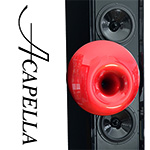 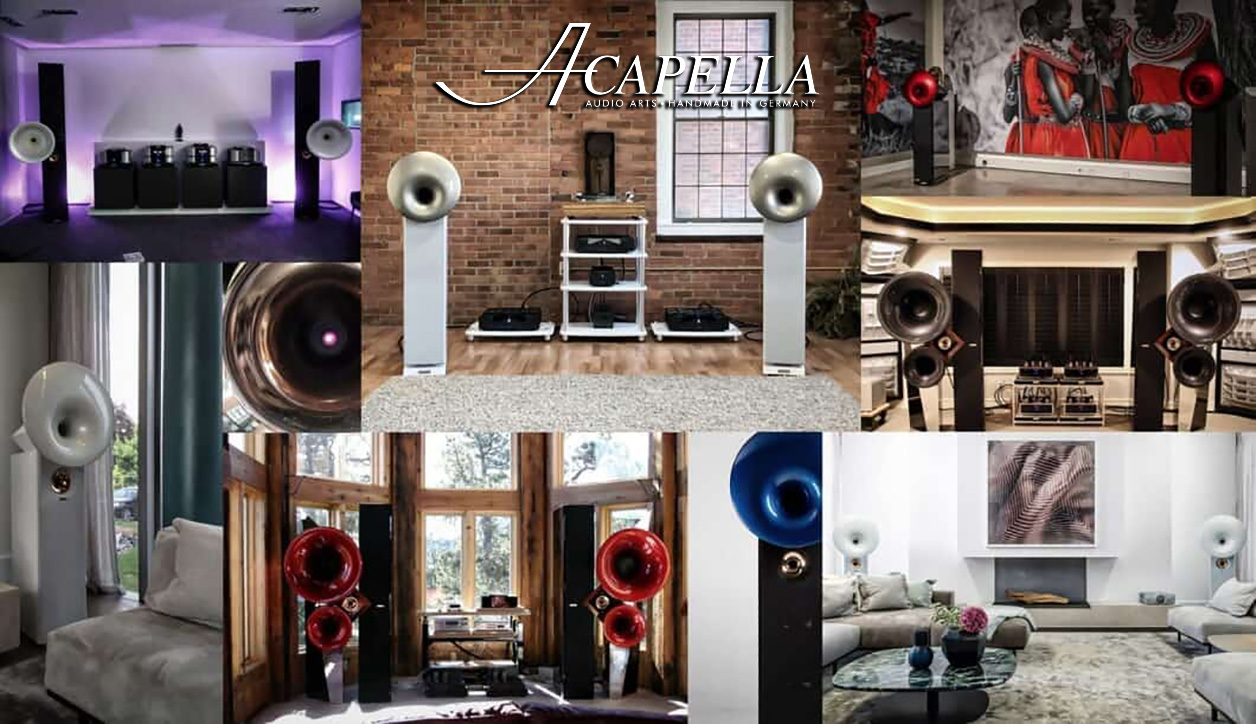 162cm short. 130kg light. Still this tower speaker from Acapella Audio Arts is far from their flagship. Instead it falls somewhere in the middle. Plop. In fact there are only three smaller models. Eight are larger in the lineup of this Duisburg firm who've clearly cultivated a craving for grown-up transducers. Just so, most listeners will find the 'medium' High BassoNobile MkII plenty respectable indeed. For already more than four decades, Acapella have crafted extraordinary loudspeakers with spherical/hyper-spherical horns. And let's not forget their proprietary ion tweeter. But it's not just their history which has legs. So have their models. Today's premiered in 2012. It was only 9 years later that it saw its first comprehensive overhaul. Competitors by then would have dealt in MkV if not end of life notices. No 'discontinued' here.

Of course the core recipe of sealed 2-way remains. Both aspects are unusual in a price/weight class which usually concentrates on three- or four-way propositions. Sealed alignments too are more of the exception. Whilst enjoying a deserved reputation for superior impulse response, it comes at a cost of raw bass extension. Hence most designers prefer bass reflex. Today we just won't expect shyness on said score. After all, the MkII isn't exactly petite. I've hosted refrigerators which were decidedly more compact. With this much cubic volume on hand, even a sealed passive speaker will do authentic sub bass. Here two 10-inchers work in their own closed chamber each.

The concept also includes a special mid/tweeter horn of hyper-spherical geometry. That essentially operates as widebander. It covers five octaves or 800Hz to beyond 25KHz across the asymmetrical about 44cm broad horn. It seamlessly bridges the presence and brilliance regions where human hearing is most sensitive. That promises fabulous coherence. So what is hyper-spherical you ask? The term describes the geometry of how a horn gradually opens its mouth relative to the throat. "Ours is shaped for a particular spherical function which unlike standard spherical or exponential geometries spans from point source to eternity" is how designer Richard Rudolph explains it. Their 180° expansion rate adds a secondary spherical function which bows backwards, hence hyper-spherical.

But there's more. "With our patented asymmetrical horn shape, lower sound waves detach more continuous and phase neutral from the mouth". Rudolph finds that traditional horns suffer far more sudden cut-offs at their edges. Those cause phase shift to explain why they struggle to integrate properly with lower frequencies. His expansion rate past 180°, the asymmetrical shape and particular positioning of broad side out all optimize impulse response and phase behavior. The horn itself is made of a glassfibre-reinforced synthetic compound loaded with resonance dampers. It's just not the shape that's different but also what drives it. Typically mid/tweeter horns amplify a compression driver which works in a small defined chamber set in the horn's throat. Acapella diverge. Rudolph shares how they've sampled pretty much all commercially available compression drivers but didn't encounter one that proved suitable. Issues common to all were strong breakup modes and undesirable side effects from the compression action itself.