The I-280 measures 102 x 384 x 400mm HxWxD and weighs 9kg so is quite compact and easy to carry but no pushover at 300/600wpc into 8/4Ω. Pascal's class D circuit inside explains not only its beefy output from a civilized frame but also cool operation, absentee self-noise, near instantaneous readiness, very low output impedance for very high damping factor plus THD+N below 0.006% (1-100W, 1kHz/8Ω), IMD/TIM below 0.002/0.008% (1-100W/4Ω) and 0.5/50W power draw on standby/idle. It's very clear that this was meant to be a powerhouse for notorious loads but neither this job description nor its OEM switching core are anything we haven't seen before. But there common denominators end. These days class D sonics are unpredictable. Three such amps I reviewed since November 2019 didn't sound anything alike. Although most rely on stock modules from ICEpower, Hypex, Powersoft, TI, Anaview, Infineon or Pascal, some go beyond to investigate resonance control, extra filtering, exotic caps, non-standard input buffers, linear power supplies and more. Boenicke Audio and SPEC Corp. are just two brands very much into such auxiliary measures to augment critical parts. But team Aavik are no freshmen to this game either. 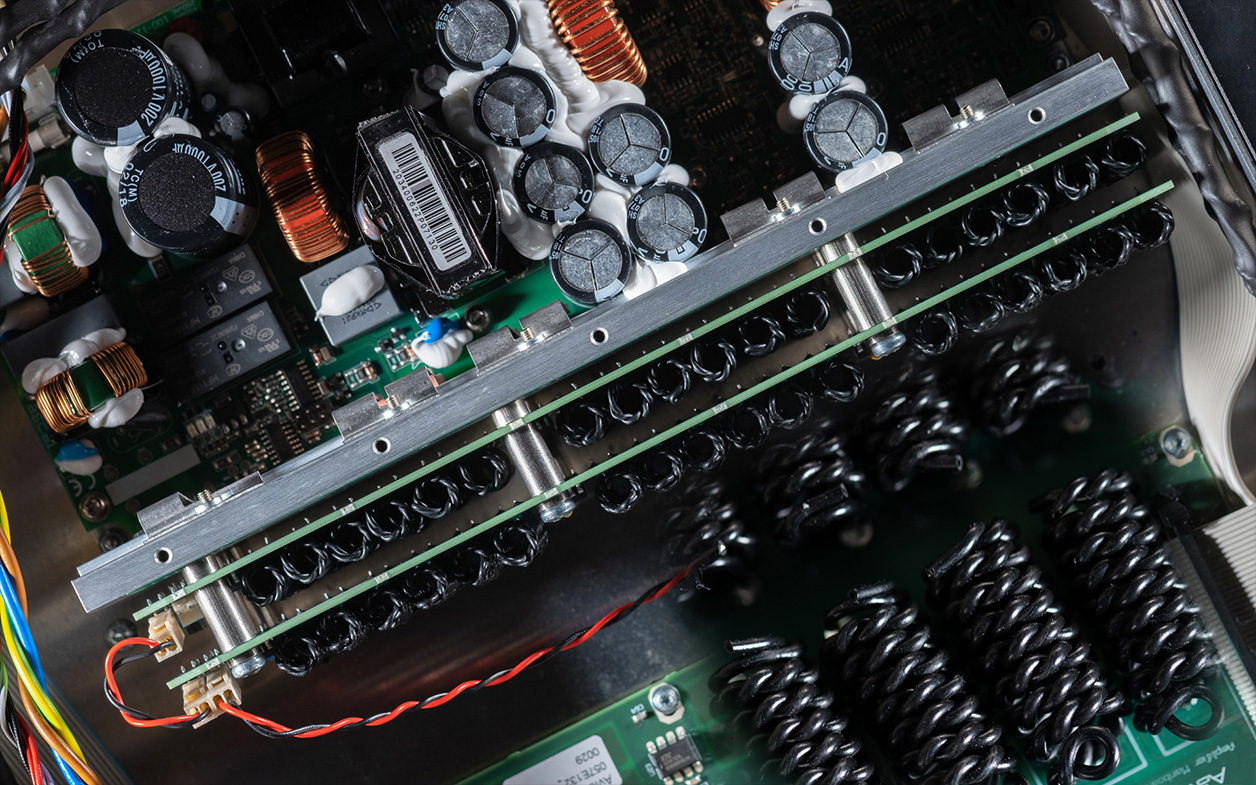 Tesla coils from above and then as seen from the side.

Metaphorically speaking, they didn't develop their own engine to instead pick a motor fit to build their car around. One wouldn't be wrong to call them highly specialized tuners who pushed their circuit of choice beyond where its maker would. That's key. In this context Pascal's class D module is the engine and the I-280 the final ride where unique in-house developed support boosters effectively tune up the engine. It wouldn't perform the same without this hotrodding. All models in the tiered x80 range incorporate core noise attenuating solutions found in all three Audio Group Denmark brands. Active tesla coils based on two oppositely polarized and twisted wires cancel their magnetic fields to suppress noise. Equivalent spiral squares etched into PCB layers do the same. Signal cables run anti-aerial coils based on spliced/looped-back wiring to prevent antennae effects whereas scalar dithering IC modulate the noise floor by injecting squared frequencies similar to marine sonar. The more of these noise killers show up for work, the more gunk their additive action shaves off. Aavik's entry-level 180 models get 36 x active and 96 x square tesla coils plus 5 x dither circuits. The 280 range including today's deck scales these numbers up to 72, 168 and 8 respectively. The premium 580 models go to 108, 240 and 11, then add copper liners and titanium struts and footers.

All integrateds share four cables with anti-aerial coils to reflect their number of speaker terminals. Matching enclosures and specs might leave one puzzled about their rather drastic price jumps. Aavik's I-180/280/580 sell for €6'000/10'000/20'000 respectively. Comparing them online based on just photos and specs, many who are quick to judge will be suspicious of where all the extra money goes. Past my exposure to the Danes' work in their premises and my own room, I won't. When it comes to scaling up performance, I view see them as artisans who've refined circuit tuning into a black art form. If they keep stuff critical to make it so inside their chassis where we can't see it, that's fine by me. 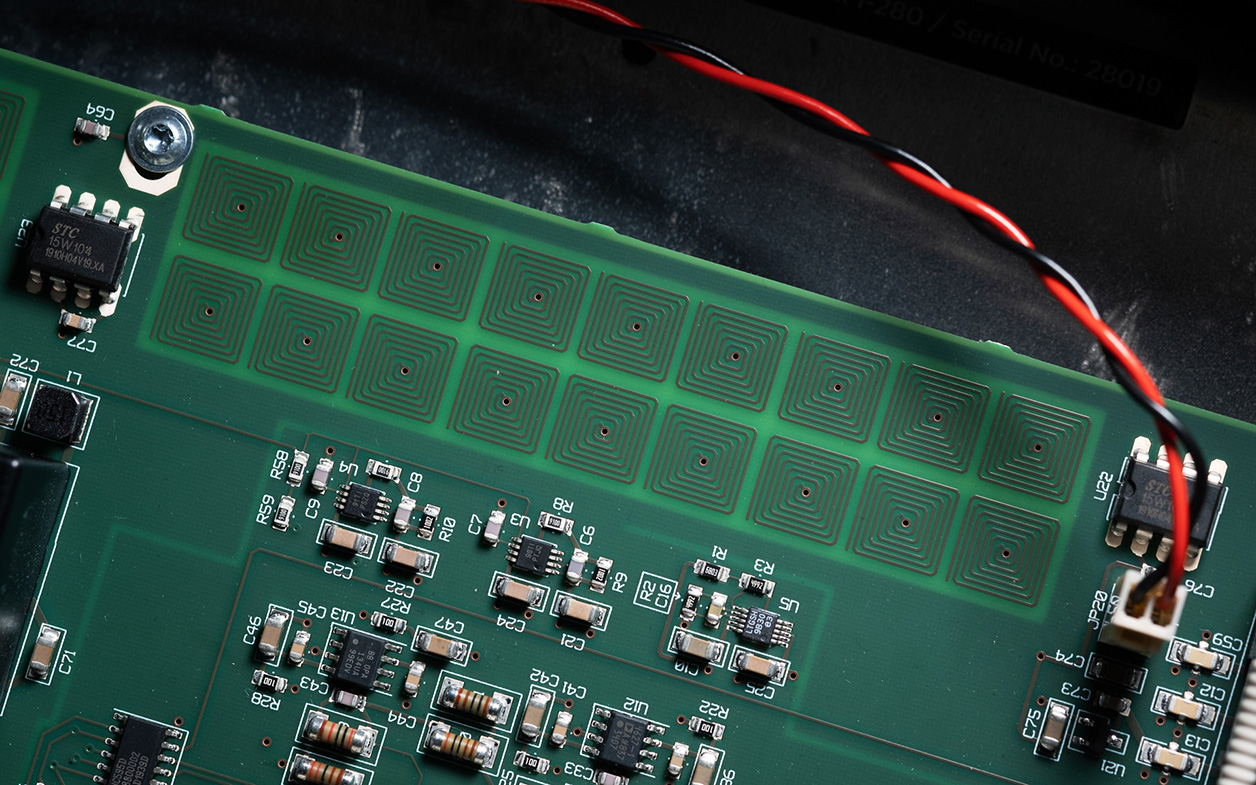 Aavik's new lineup features wood-composite enclosures so not their prior CNC'd aluminium. This must save a pretty penny in manufacturing. However, combat against mechanical resonances and the hysteresis effects typical of aluminium were the real keys to this transition. The I-280's generously rounded pleasing exterior is also the result of tinkering with proportions and their sonic influence. Clearly today's minimalist Scandinavian dress code was designed to look sharp but also strike a perfect balance between damping and mechanical stability. In addition, the curvaceous top sports four dimpled discs mirrored on the bottom to either stack Aavik gear or incorporate Ansuz isolators in-between. Three titanium balls per disc are all that's required to make it so.