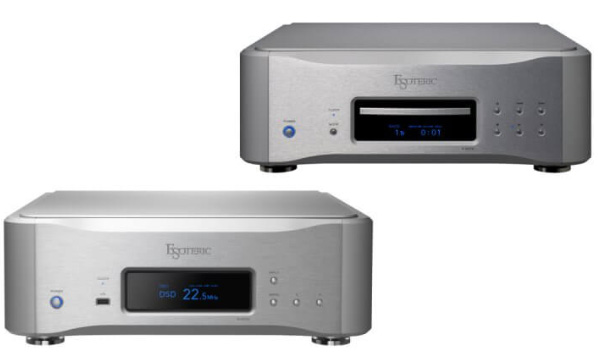 XD Esoteric – New from the Japanese luxury marque are the K-03XD SACD player [€16'000] and N-01XD network player [€22'000]. The disc spinner sports the new VRDS-Atlas transport mechanism and adds to it an MQA-capable externally accessible DAC. The network player includes its own 768kHz PCM and DSD 22.4MHz DSD capable DAC and sports both clock inputs and outputs. Two USB-A ports support USB media and USB-B streams from a computer. Control is via Esoteric's own app which integrated Tidal and Qobuz.