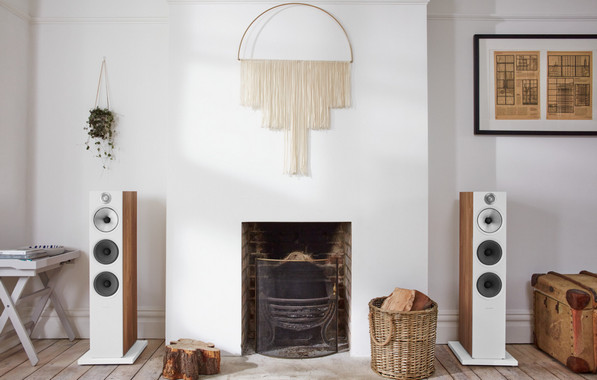 25th anniversary – B+W celebrate it with their 7th gen 600 Series as their "affordable introduction to the Bowers & Wilkins family of audiophile loudspeakers. The new range is the company’s second longest continuously available series after the legendary 800 Series Diamond." The 600 Series Anniversary Edition range features four models with a new oak finish to complement the existing matte black or matte white. Red cherry is available by special order. All include a new logo inscribed on the tweeter surround. The range includes S2 spec versions of the 607, 606, 603 and dedicated HTM6 centre channel models while the existing ASW608, ASW610 & ASW610XP subwoofers plus STAV24 S2 speaker stand continue unchanged. Acoustic upgrades come from new crossovers. "New and greatly improved bypass capacitors are used throughout which have been specially treated by Mundorf. In addition, the main high-frequency and mid-frequency capacitors have been upgraded as well."