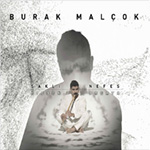 Grab some Turkish ney à la Ba?ar Dikiçi or Omar Faruk Tekbilek. Mix in ambient groovaciousness à la Mercan Dede or Patrick Chartol. Season with synths which here and there recall early Vangelis. Shake'n'stir. Voilà, Burak Malçok's Sakl? Nefes | Hidden Breath. It's a wonderfully mystical-moody construct of low-tempo grooves above which rises the breathy end-blown flute of the Sufis. For complete playback bliss, augmentation by subwoofer can be a good idea to hear everything there really is to hear. It also maximizes the sheer scale of these virtual soundscapes so cleverly manipulated in the studio. As Burak's second album (the first was Yekpare with Serkan Alkan), it shows greater scope and maturity. It also led Serkan to remix one of the tracks. Frequent collaborator Mercan Dede applied his genius to another. That gives us eight original tracks plus two remixes, all of the quality to become eventual BuddhaBar sightings. As you'd expect for the subject matter, other feature instruments are oud, qanun, trumpet and sundry drums. But always, the soaring flute with the big tone and otherworldly overtone halo occupies centre stage to be our guide into these club-ready but respectfully organic neo Sufi grooves.