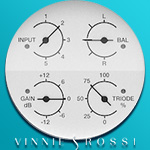 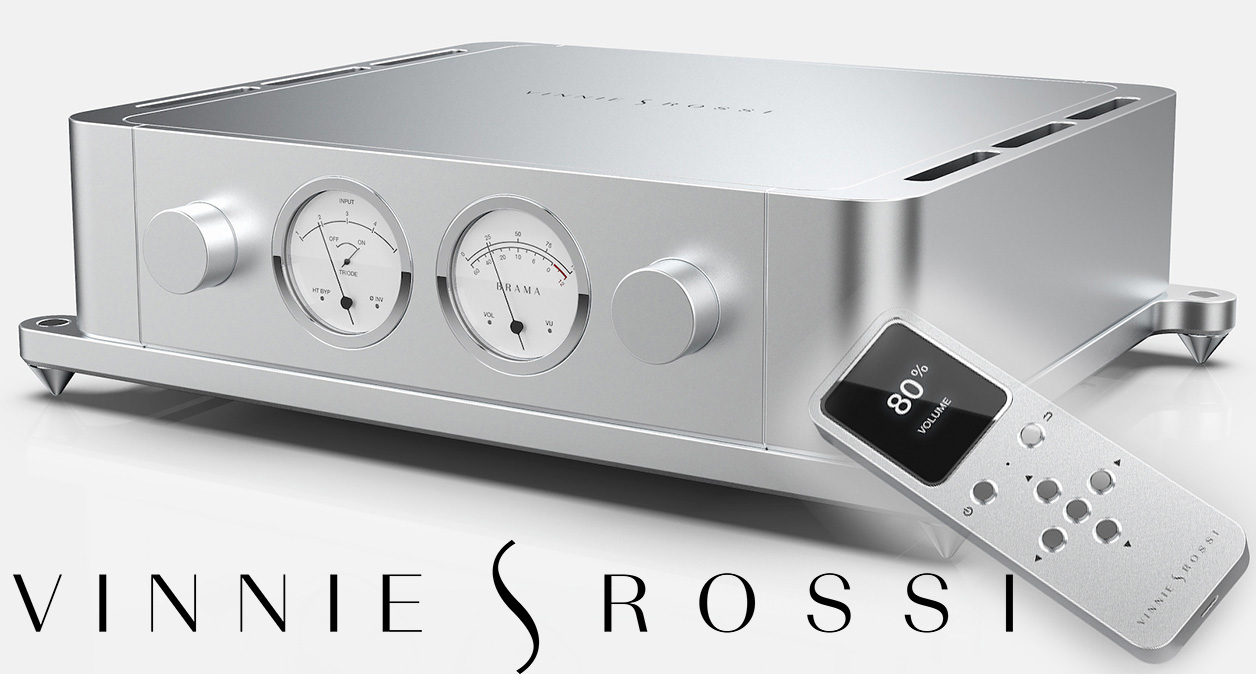 VR. Virtual reality. Vinnie Rossi. Same thing? Given that stereo playback is an illusion, turning it into a virtual reality is arguably the ultimate goal.

Without yet listening to these new components, we won't know how close they come. Just looking at them is simply suggestive. Elegant. Sleek. Powerful. Timeless. 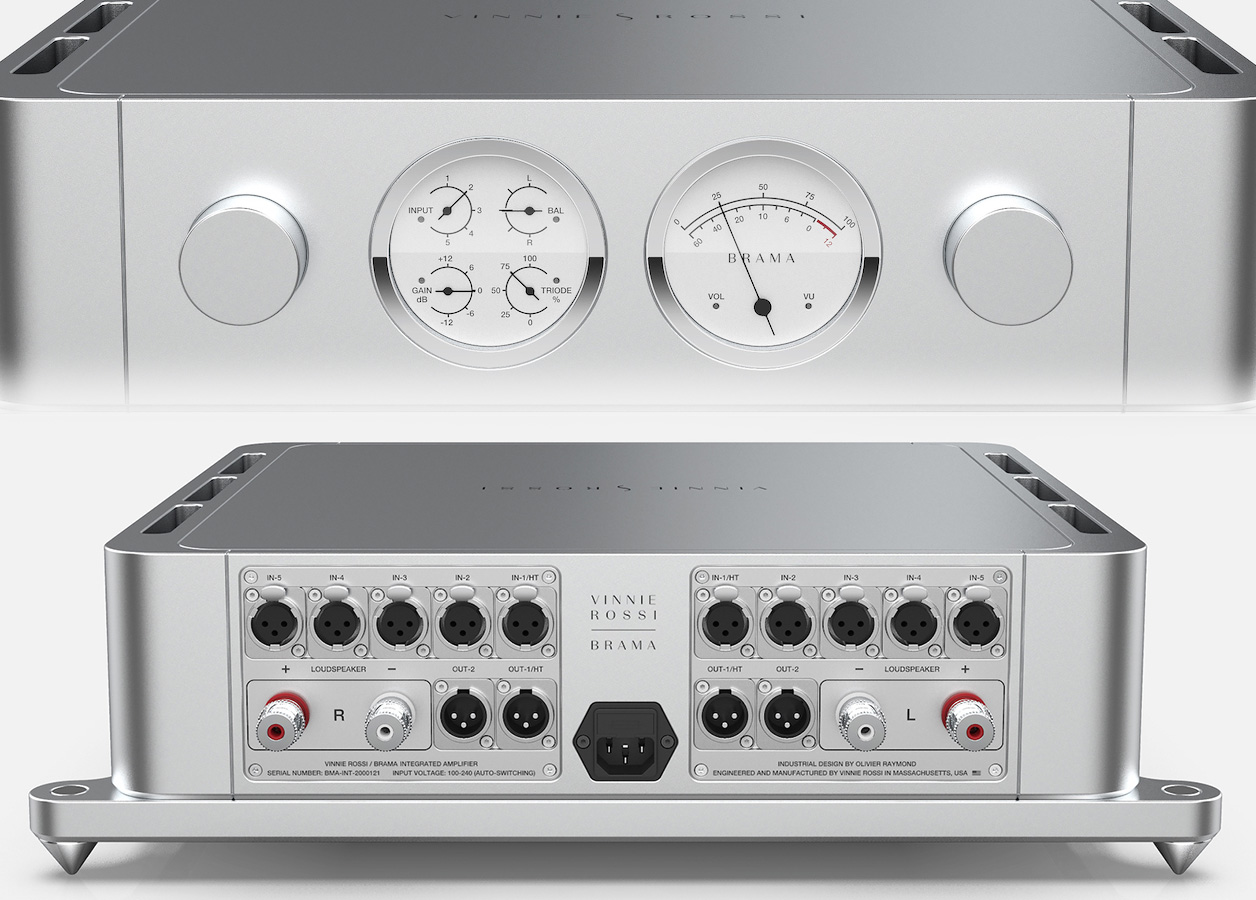 They're named after the Italian word for desire. They're 3-deep so a pre/power combo and equivalent integrated. Very sharp industrial styling is compliments of Olivier Raymond of Porsche Design and Mercedes Benz. Matching finishing demanded 6063R billet-machined aluminum that's bead blasted and laser engraved. It meant analog gauges with precision air-core movements, machined aluminum hands and adjustable backlighting. Sapphire glass and polished stainless steel bezels integrate them into the front panel. A switch selects between VU and volume mode for the integrated amp. 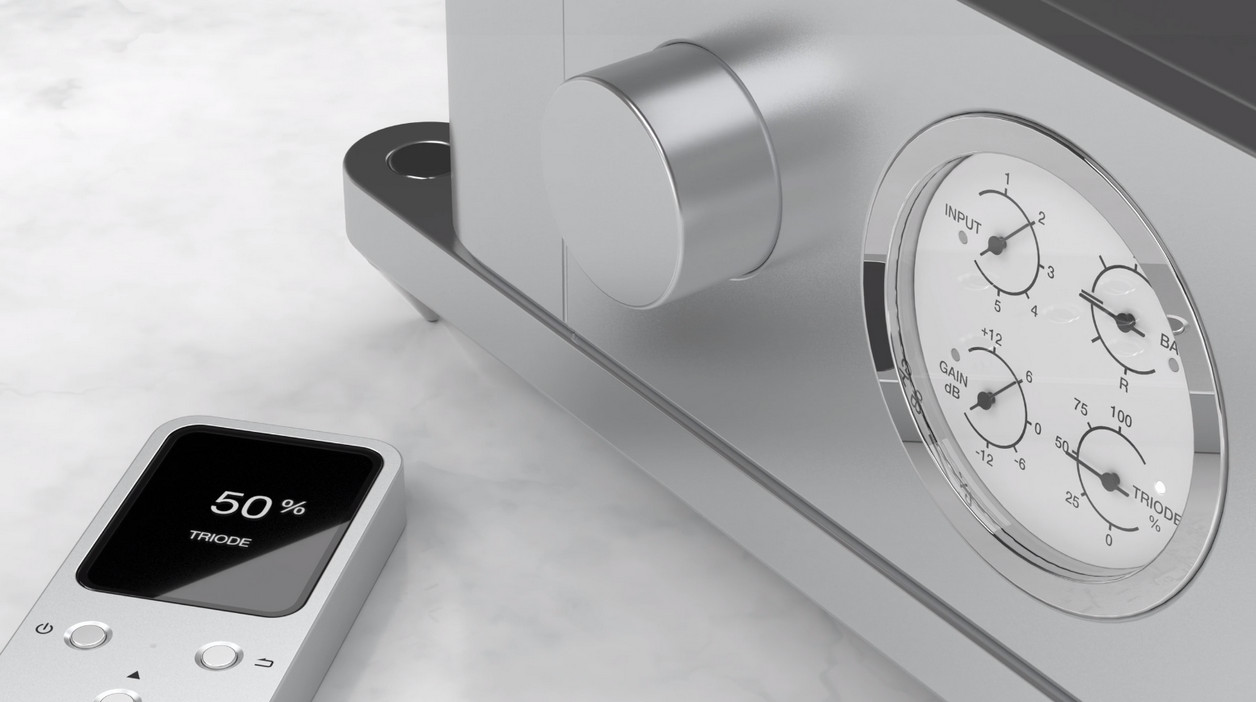 The precision stepped rotaries are Swiss, the power transformers a massive 1'750VA for all models, all PSU are dual mono and use super-regulated outputs with protection against over/under voltage/current and temp using Hall-effect current sensors to eliminate fuses. Diagnostics show on the remote's display. Performance specs for the preamplifier are less than 0.01%/1% THD in transistor/triode mode, ±0.5dB bandwidth of 5Hz-100kHz and S/NR of better than 110dB. The amplifiers are 2Ω stable, with ±0.5dB bandwidth of 5Hz-100kHz, 18/26dB of adjustable voltage gain and sub 0.01Ω output impedance. Weights are 45-50kg per component.

"The input and output stages are fully balanced but we are only using one 300B per channel. For the Brama preamplifier, the percentage feature mixes the two independent paths of 300B and solid-state circuitry. 0% switches off the tube stage. 25, 50 and 75% mixes the stages in these ratios and 100% turns off the solid-state stage. For the Brama integrated amplifier, there are only two modes so either fully 300B or fully transistor. The gauge on the integrated has a triode on/off hand instead of the 0-25-50-75-100% hand on the Brama preamp gauge. That also has more gain adjustments. The remote was like designing a separate component. It has a ton of functionality and even Bluetooth and WiFi to communicate with the Brama components and do other fun stuff later on."

As Steve Jobs famously said, "don't give people what they already want. Show them something they never yet knew they wanted."

Nomen est omen. Polish contributor Dawid Grzyb reports that in his language, brama means gate. Even that meets the mark.