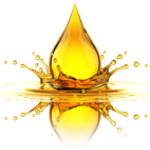 Unholy oil. Today isn't about Exxon Valdez, Deepwater Horizon or corporate malfeasance. But it does involve oil. When we relocated from Switzerland to Ireland, our first home ran a geothermal pump for radiant floor heating. Keeping warm was built in. Our second rental now sits behind not in front of Croagh Patrick mountain so no longer in the direct path of increasingly strong Atlantic storms. It simply runs on oil heat. When we moved in over the winter break a few years ago, the tank in the outside shed was half empty. It needed filling if we didn't want to run dry in the midst of winter. Who ya gonna call? I asked the outbound tenants. They'd used Top Oil whose closest depot was in Castlebar, the capital of our county. I'd seen their trucks rumble down our windy country lane. I booked a delivery. 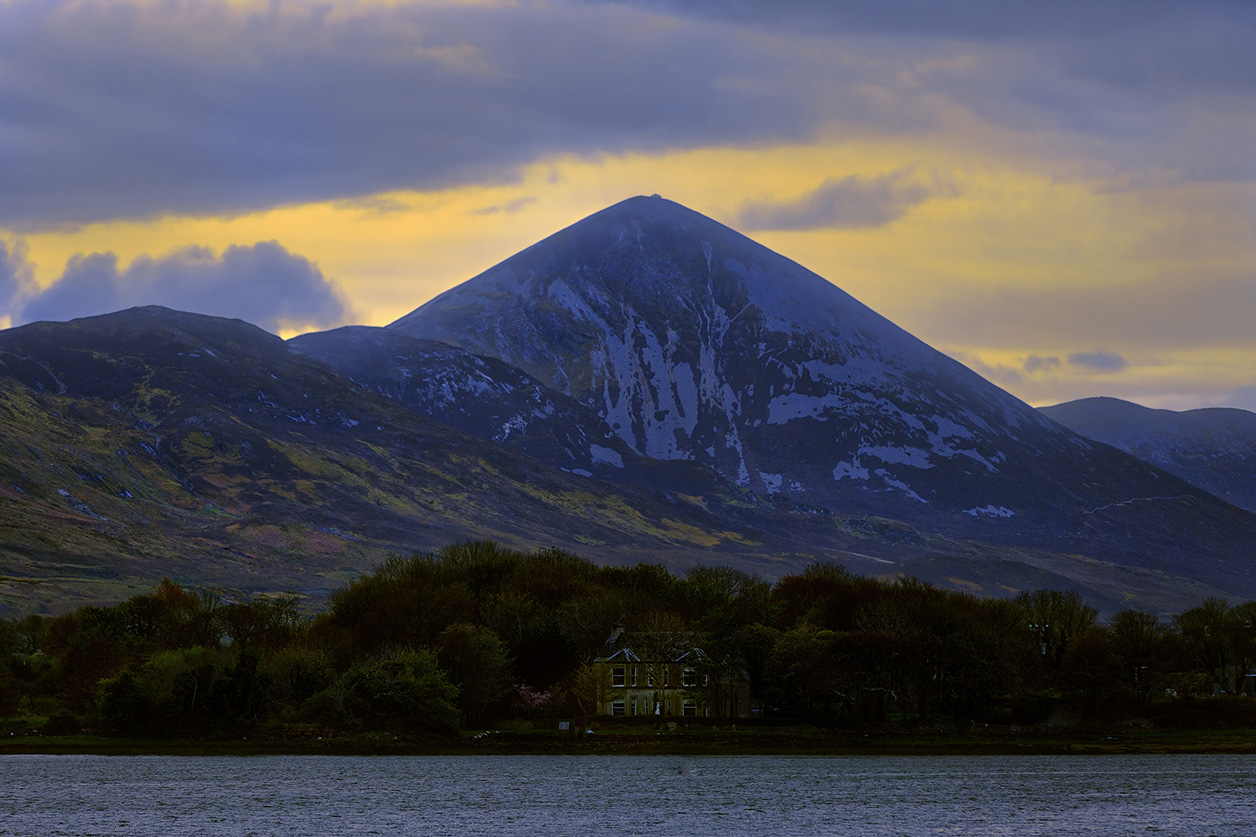 The driver was Michael Moran, a very good-nature'd chatty local with Co. Mayo's pleasing cadence to his speech. He proved to be ace. One subsequent time I would run out by not paying attention to our kerosene level. Michael now made it a point to deliver the same day though he wasn't really in the area. Another time our prepaid delivery scheduled for Wednesday netted one of his big wide receipts tucked into our back door when we returned from a grocery run on Monday. The pad lock to the shed was closed just as I'd left it. Confused, I opened it and checked the oil tank. Topped up to the max. As I learnt during the next delivery, Michael had been in the area two days early and decided to swing by. He'd unbolted the entire lock assembly from the wooden door, filled the tank, then bolted everything back like a thief in the night. What a pro!

A few months back this year, suddenly our Top Oil truck had a different driver. This one was a taciturn sourpuss. Okay. Message received. Life continues. A few weeks later, our letter box showed a red-on-white business card. It was imprinted with the Sweeney Oil phoenix. On the back was a hand-written note with a personal cellphone number. The undersigned had been our driver since we moved into the Liscarney house it said and to give him a call. I'd never heard of Sweeney Oil before but called, finally made the connection then placed our next order with him. Not only did it turn out a lot cheaper, I gained today's story. Whilst Michael monitored the tank level which his power hose raised, I asked him why he'd changed companies.

He'd been in the oil-delivery biz for some 30 years already. He started working for Sweeney Oil, a privately owned Irish firm. Its owner subsequently expanded into hotels only to be knocked down when the Celtic Tiger boom crashed in 2007. He was forced to sell his oil company for 1/4th its worth. The new owners were Top Oil, a rapidly growing Irish outfit. Last year they were absorbed by Canada's Irving Oil to funnel all revenues out of Ireland. That wasn't why Michael had switched, at least not directly. For four years, he'd covered the entire neighboring peninsula of Achill on each Wednesday. He'd leave the depot at 6:00 AM and not finish his shift until 20:00 PM. For years he asked for help. It was never given. For years he asked for at least overtime pay. That never came forth. Finally his doctor warned him. An early grave awaited if he kept going at this rate.

Since he quit Top Oil—truly shameful reasons for why far exceed my place here—it's taken them three men servicing Achill across three consecutive days to do what Michael did in one day. As a native, he knows the peninsula's picturesque but windy and sheep-trodden byways like the back of his hand. He had strategic sequences for all deliveries to net the shortest quickest route. When he handed in his notice, he was paid a one-month severance during which time he was forbidden to contact any of his former customers. A month later, the muzzle was off. Michael began dropping business cards with his favorite clients so not those colonialist holiday-home foreigners who visit Ireland for 10 days a year, order a measly 100 liters of oil then demand same-day dispatch whilst living in some forsaken if idyllic cottage at the end of a hidden valley with, naturally, views to die for. 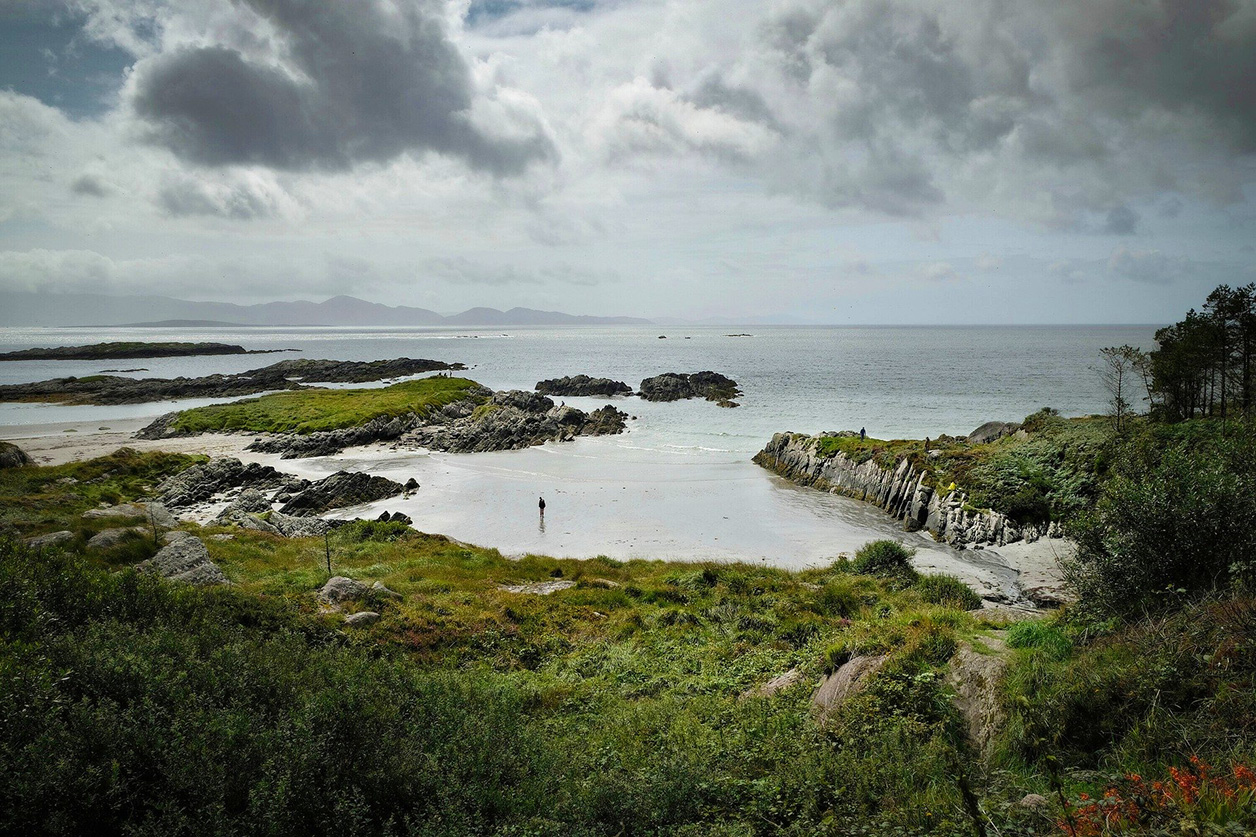 His new-again old boss at Sweeney Oil reborn bought Michael a new truck, then sweetened the return of the prodigal son with an annual bonus against a target volume of oil delivered. Michael grinned confessing that he'll hit his target within his first 4 not 12 months. He's gained back all of his old customers he wanted. That's seriously decimated Top Oil's business in the area. Their drivers are left with small-volume out-of-the-way accounts. They're in such foul moods because of it that he's turned persona non grata. He couldn't give a fig. "All I wanted was some respect. I loved my job. I loved my customers. The gals in the front office simply had no clue about the practical/physical side of the business. They complained whenever I couldn't fit in a customer who called while I was halfway through a route. They saw his address in the same big territory and didn't see the problem. When I put in my notice, I requested an exit interview with Irving Oil's new Irish boss. He did call me. I explained in dated details what ails the management he inherited. He claimed to be shocked. I offered to go into far more detail during a sit-down for which he failed to show. I wanted Top Oil to get back to its roots. I was perfectly happy to help point out all the areas that need improving. Clearly he wasn't interested. Current management there views employees as costly liabilities which are easily replaced." What a kick in the gonads. After three decades of service. Here, take this free pen. Ouch!

Now our story ran its course. Respect. Its lack was the root cause why Michael quit a firm he'd loyally served for 30 years. Respect is a basic human need. We need to be seen and acknowledged. It's why kids want their parents to be proud. See my effort and toil. Give me credit whether you agree with my choices and results or not. It's not about money. It's about being seen and appreciated. With the 2020 Christmas season upon us, how about we avoid the typically mad descent into crass commercialism and instead give the gift of respect? There's the grocery clerk who triple-bagged our purchase of porcelain kitchenware. There's the street sweeper keeping our li'l town tidy. There's the man turning the stop/go sign on a road construction site for hours in the rain breathing car fumes. Respect doesn't cost a penny. It only requires seeing how other human beings serve us continually. We might think certain of their jobs menial but still they need doing and these very people do them day in, day out, often with a smile. That deserves notice. That deserves an expression of our noticing. It's called appreciation. Gratitude. Unlike the unholiness of massive oil spills, such expressions are drops of the holy oil which anointed kings in antiquity and which—to wrap up the header's Xmas tie-in with a bow—factors big in a famous Biblical story about a holy man, the woman who loved him and the oil she used to show her appreciation.

The gift of respect. Let that permeate this year's Holiday season for a change?