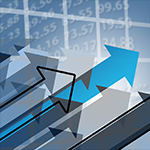 Slovenia. Finland. Today's two speakers come from very different parts of the world. Just so, their designers seem to have labored in some kind of sync considering. What are we considering, pray tell? Dipole line-source radiation. Skinny sound beams atop big woofer cabinets. That's what. It's in the how that they differ.

Audio Alto's LA17 OB MkII strings up 17 metal-cone Alpair widebanders onto the narrowest possible baffle, then leaves that baffle open in the back but curves it toward the listener. An active isobaric Ripol bass cab runs two big woofers face to face. Their front dispersion radiates out the front, their rear waves out the back. Either just the bass system or the entire array can be active. Four EQ presets adapt to various basic room conditions.

The all-passive Indigenum from Finland runs a narrow magnetostatic mid/tweeter up its pole, then bends it like a slivered MartinLogan for 60° horizontal dispersion. Despite its height, the moving mass of that dipole diaphragm is all of 1.63 grams. Meanwhile the 11" woofer with its rear-firing passive radiator sits inside an attractively faceted synthetic stone enclosure. The driver orientation builds in useful force cancellation. Though both speakers contain many differences, it's obvious how much their concepts share.

Unlike conventional spherical radiators, line sources propagate a cylindrical wave. That suffers less attenuation loss across distance and builds in intrinsic immunity to floor/ceiling reflections. The dipole pattern which here isn't synonymous with line sources—a few identical drivers stacked one atop the other in a conventional sealed box can still apply—creates a more realistic power response than direct radiators. Those work in progressively narrower half space across the upper frequencies but in full space for the lower frequencies. Dipoles like today's disburse tweeter content to the front and rear. Meanwhile all out-of-phase data at the edges of what here are virtual non-baffles cancels out. That neatly eliminates sidewall reflections. The upshot?

Sonically, your sidewalls subtract themselves from the usual speaker/room equation. Good riddance. Why? Very simply, it means that your room acts bigger and far less problematic. If that makes sense to you, give the Audio Alto and Absolute Dimension a good think. Both do things conventional box speakers cannot do. And that's by nefarious design…