Time is of the essence

It's what we say when things are urgent; like a replacement kidney being flown in to make a surgery deadline. Compared to such real emergencies, fretting about hifi is a very low-level urgency. Just so, some famous musician once said that music is just about playing the right notes at the right time. Put that casual, it sounds like anyone could do it. Clearly not. The same is true for timing in hifi; as in, clean time-domain performance. In the course of a recent review on the LHY 160-watt linear power supply, my desktop hosted two active monitors which I could compare on the fly. The DMAX Super Cubes from Slovakia were controlled by the iFi Pro iDSD Signature's volume, the Fram Midi 120 from Poland by their own digital on-chip version. Both got parallel signal from Singxer's SU-2 USB bridge coming in as local files via Audirvana Origin; or as cloud files via Qobuz Sublime. Both ran exclusive access mode. 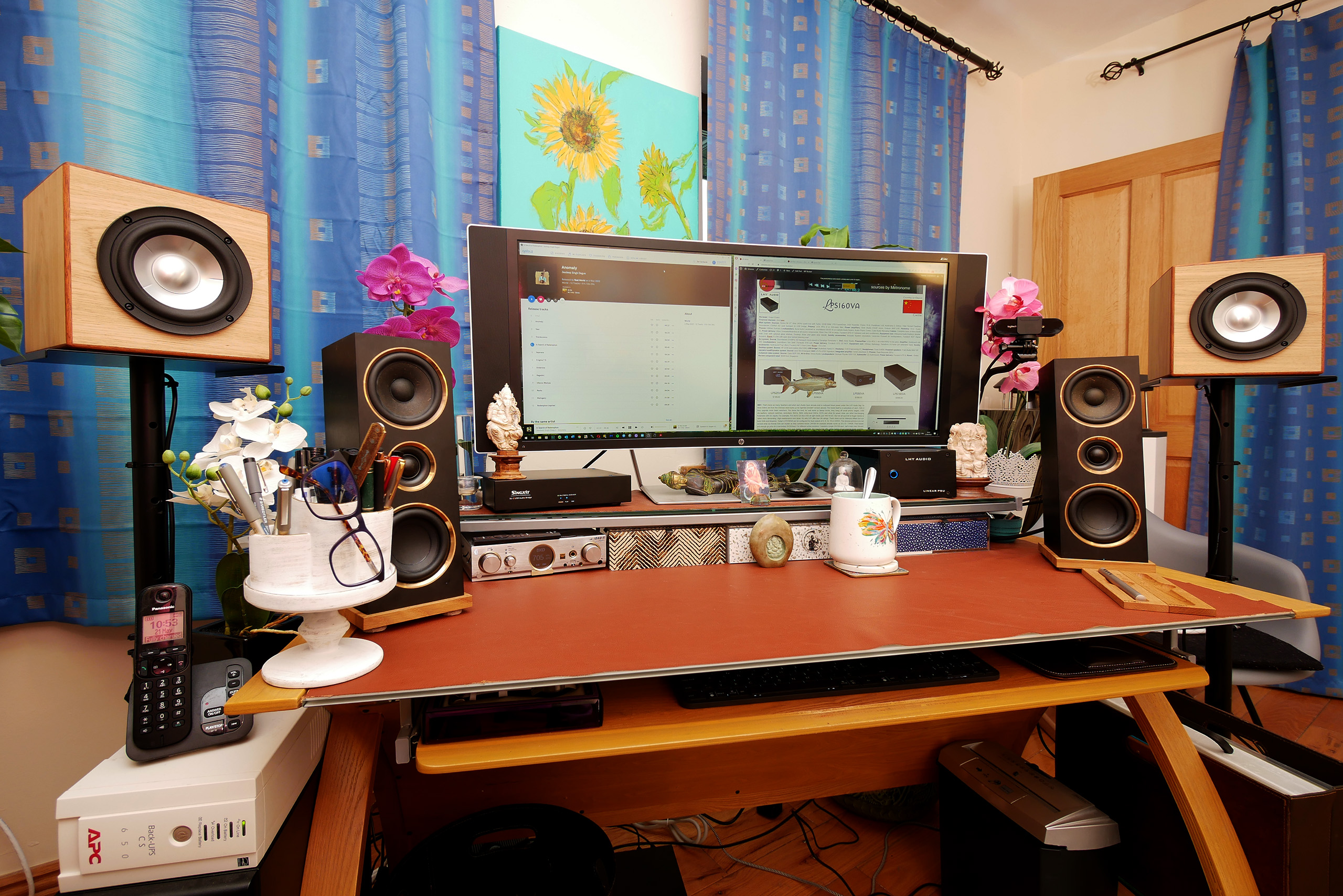 The big deal about the sealed wooden cubes with single SB Acoustics driver are the time-domain corrections designer Andrew Startsev wrote into proprietary DSP code. He's a mastering engineer who ran his own studio. He's written lots of pro-related software which his website now lists on a legacy page. His very current Cubes are meant to be used as nearfield control monitors where they're good to 50Hz. Jarek Waszczyszyn of Ancient Audio and Fram also uses SB Acoustics drivers but two actives per channel coupled to two passive radiators, one fore, one aft. His cabinet is aluminium not Oak with Sapele edging. He too wrote proprietary DSP to a chip. He remains tight-lipped about exactly what he corrects but driver matching, response linearization and compensation for internal standing-wave effects must be among the wrinkles his DSP irons out. For another point of overlap, both speakers use class D power. So where's the beef of sonic differentiation?

It's served up on the plate called timing. It's about more accurate driver stoppage so an absence or at least serious reduction of ringing whereby drivers continue to make sound past the actual signal. When that ringing removes, so does the blur/haze it causes. It's particularly noticeable in the bass which stops to subtly drone so sheds the thickness which disguises the overhang. But it also factors in minimizing overlay of that drone effect onto the midband which clears up as well. 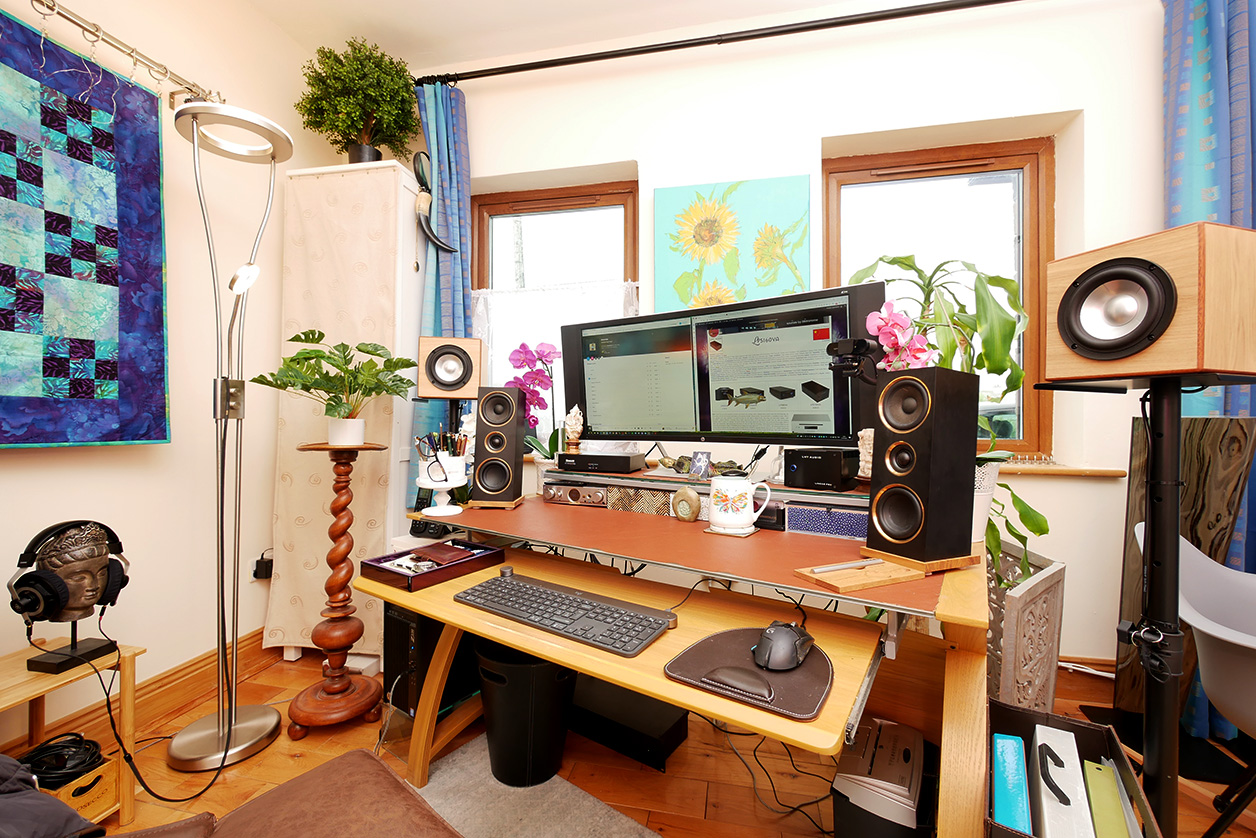 This difference is very—and very quickly—demonstrable. It's not about bandwidth or tonal balance. It's about textural continuousness and greater overall clarity. Bass and lower mids behave far more like the high frequencies do. They're more on time. They don't linger past their sell-by date. They get out of the way like an ace comedian who doesn't milk a joke until it turns sour but shuts up at just the perfect moment. Sonically this evaporates time confusion which disguises as warmth aka transient blur. Just how Andrew managed is the real question. I haven't the faintest. I simply hear it; as would you had you sat in my seat doing these A/B. This is not about personal preferences. Once you listen to more time-correct speakers with less ringing, going back is settling knowingly for something that's not quite right.

It's why, despite not reaching quite as low as the Midi 120, the DMAX control monitors are my desktop nearfield transducers of choice. When it comes to playing all the notes at the right time—with the correct length you might say—they're the more masterful musicians.

Even in hifi, time is of the essence after all. When you're late (stopping), you suffer the acoustic version of digital post ringing. And that's far worse!