It's what, I kid you not, many Irish sales clerks reflexively mutter when you pay them without protest. That's after they told you how much it was followed by a clearly apologetic often sheepish, is that okay? I've never yet had the heart to gauge what happens if I say no. It's not okay. Our whole social system might collapse. Though I did once reply to thanks a million with, I ain't got no million. That just triggered a clear non comprendre. Why lead with that? Simply to prep you for some of the heavyweight loudspeaker pricing at Munich High End 2022.

Did any touch the Living Voice Vox Palladian which greeted 2016 attendees at £750K but still was only half of what Kharma's Enigma Veyron EV1 demanded that year? I can't be sure. This year Goldmund's Gaïa launched at 'just' £500'000/pr. This 5-way DSP active combines eight drivers with eight channels of combined 2'500W Telos amplification with Alize converters and wireless connectivity. Somewhere in these leagues is also where the Kaiser Acoustics Grande set up shop but their price isn't published anywhere I can find. 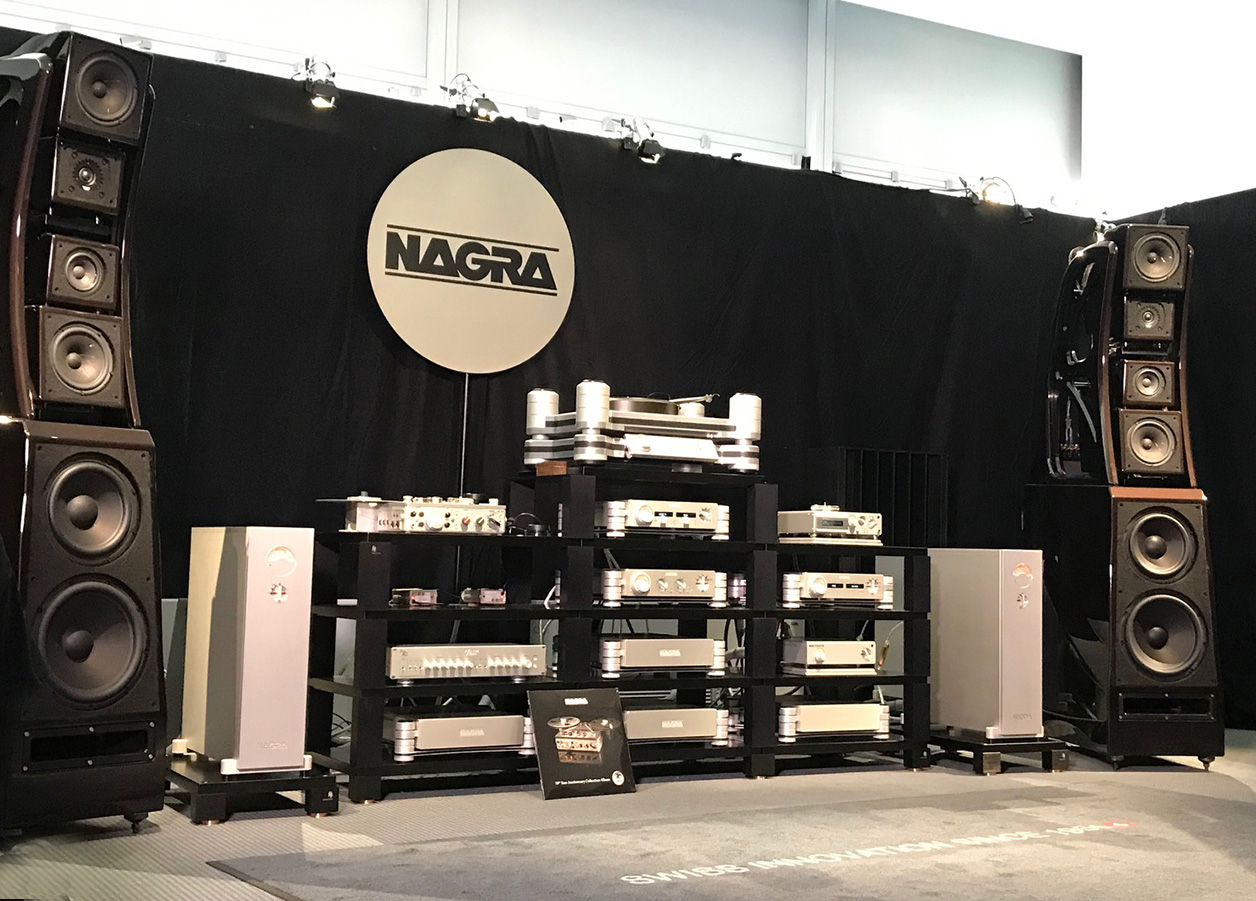 Perhaps things were slipping in Munich this year. You could get in and out for mostly under half a mill. In fact, Børresen's 5¼" 2-way monitors slipped in below €100K. Except for Bob's silly 'XL Plus Ultimate' suffix, we had no Supreme Excellence Ultra Extreme redundancy. At what point do such names squeeze sour milk? I much prefer what Manolis Proestakis of Tune Audio does with simple one-word names: Avaton. Epitome. Anima. It's clean, simple and civilized. Greece. They know a thing or two about civilization. Of course rarefied speakers call for matching ancillaries. Popular in Munich this year given sightings in Avantgarde's, Kroma's and three other exhibits aside from their own was top digital via Wadax's Reference DAC and server; turntables like Nagra's, Esoteric's or the steampunk Kronos Discovery; plus flagship analog amplification à la Gryphon Commander and Apex.

Whilst we can ridicule excess all day long, there's clearly an audience for ultra-hyper-über-mega loudspeakers. Otherwise companies wouldn't keep building them. Just because they opt to service a very exclusive clientele doesn't imply bad engineering. More often than not, it just implies a certain dosage of bling to fit the bespoke luxury mold. Just as often, extreme projects finance R&D which eventually trickles down to more affordable models. Now wealthy clients become benefactors to the hifi arts. They're like Renaissance counts and barons who commissioned a favorite composer for an opera, an en-vogue painter for a portrait whilst letting them live in residence in their second castle. It's patronage to advancing the state of our arts.

To all those folks I say: Thanks a Million!