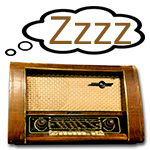 Show reports. Looking around, it seems that all of us journalists who attend sundry hifi shows on the review beat feel obligated to produce some type of report afterwards. Having done many of my own over the years, I've given this topic some thought of late. Now things no longer add up. Here's my knock-out 1-2-3 combo as to why.

• 1/ the informational aspect of show reports—who showed what novelties—is handled far more effectively and with zero cost to any party via the usual upfront press releases which can then get published. It's far quicker. Accuracy is guaranteed because the makers control their own information. It looks better with their professional photography taken under expert lighting. Neither maker nor press must travel to handle that. No plane tickets. No hotel bills. No bad beds. No travel delays. No lost luggage. No goods damaged in transit. No unnecessary expenses or time drain. No fighting crowds to get into a room or snap that picture without partial body parts.

• 2/ judging show sound is silly. It confronts all of us attendees with completely unknown room/system scenarios. Nobody knows which part does what. Websites which publish a-room-a-day sound commentaries don't generate those comments in their own familiar rooms over their own familiar hardware. Yet those comments may read like capsule reviews. Hence manufacturers will freely quote from them in adverts as though they'd been authentic reviews. They were not. They were our industry's version of fake news.

• 3/ I don't know about you but for me, now, reading repetitive litanies, of who was where when, with what and for how much, here and elsewhere… that's boring beyond belief. I now view it as mere kowtowing to this century's sad but prevailing culture of the selfie. Which doesn't yet account for how sundry social-media outlets allow manufacturers to post their own show-system photos, even videos. What value-added usefulness do reviewers contribute over that?

Write proper reviews is what. Which isn't even predicated upon attending shows. Simple email solicitations will do. Again, neither party must travel for that.

As such, HighEnd Munich 2019 will finally see me attend without any camera at all. I'll prowl the highways and byways of both venues as per usual but now with the sole intent on private interactions behind the scenes. Some of those will undoubtedly lead to future reviews. Some could even prompt the rare factory tour. None will support the fake-news machinery. All of it will be on my own time and dime according to what best serves my site's future. I will no longer feel rushed and burdened with what really was, all along, a just self-inflicted sense of obligation to see it all, then spend days afterwards sorting through 1000s of photos to compile a different kind of show report.

In the end and fundamentally, I have to say that show reports really are all the same, mine included. They're just snap shots of who was there as seen through the selective lens of one reporter or team. Truth told, contributing to sameness no longer is my idea of a worthwhile pursuit. Neither is, I should think, you reading about it!