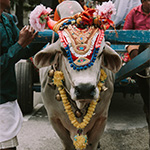 … sacred cows? And no, this isn't the sequel to Silence of the Lambs.

It's about a new breed of YouTuber who shits on proven reputable brands to the brittle applause of a Patreon audience. To be sure, no brand is beyond criticism, the potential for a dud, manufacturing flaws or out-of-spec samples. But unless a product is actually proven to cause physical harm like catching fire or electrocuting an owner, there's no justifiable cause to call it "a piece of crap, don't buy, this manufacturer is clueless and should close their doors".

Nobody has died of bad sound yet. Issuing warnings of such gravity is no selfless service to humanity. It's just sorry disability to remove personal bias and identify a potential target audience. If a control sticks, a hinge wobbles or an inset driver's gap tolerance is off, it demands mention. Better yet, the reviewer informs the maker and inquires whether this is a known issue and if not, could they provide another sample. If the sound isn't to one's liking, that too gets mentioned in passing. It's when it dominates that the YouTuber lost the plot; which is to describe what something sounds like. It's not whether Ebaen, Darko or Kessler liked it. If it were just that, a simple 'yes' or 'no' would suffice, end of.

Attempting to gain gunslinger cred for independent reportage or draining the swamp (where have we heard that before?) by condemning product which numerous industry colleagues already found from very competitive to sterling is a most immature tactic. What it really does—to thinking readers rather than rabid anti-establishment racists—is to out said YouTuber as pursuing a highly questionable agenda. It's perfectly legit to say that for this price, feature set, build quality and sound, the critic would buy the xyz instead whilst explaining where the review sample fell short. But that's still miles removed from stating categorically not to buy it because it's crap. That implicitly also condemns its designer as a misguided wannabe, the people who make it as being douches, the company putting its name on it badly out of touch, reviewer colleagues elsewhere feting it as delusional and all current owners having voted for it with their hard-earned coin as idiots. How likely or credible is any of it? And by what authority does this reviewer apply his wholesale condemnation in the first place? Is he perchance working for a competitor as his piece on the side? Is he an accredited engineer with the skills to second-guess the review subject's actual designer? Does he have all the facts as they pertain to the manufacture of this product? Has he actually communicated with the designer to learn about his goals and to discuss the aspects he finds below par? Killing something must be an act of great responsibility. It can't be a hit 'n' run.

John Darko's recent YouTube review of the audiolab 6000A demonstrates how a mature and responsible reviewer deals with criticism. He went out of his way to make his negative findings specific not universal. This meant stating unmistakably that if one doesn't use this product in a certain way or doesn't mind 5-second gaps inserted between streaming tracks, one shouldn't mind his feelings about it. Being critical yet fair, straight-talking yet mindful of diverging tastes, expectations, levels and references is a far higher level of critique than spreading little more than hate speech disguised as daring to slaughter sacred cows when nobody else in the wider audio press has the balls to do so. It's not a question of balls. It's a question of brains, common decency and being mindful that behind every product there are people with families, dreams, obligations and a lot of 9-5 grind. A product may not be for us, represent good value, look contemporary, conform to industry standards of distortion and loads more. All is grist for the mill. What that mill turns on just can't be unfair slanting, a hidden agenda or immature animosity against established luxury brands. It's sad that on the World Wild West's YouTube scene today, such winds can and do blow. And that's really too bad… in my opinion.

Then there's this question. How do certain cows become sacred in the first place? It certainly doesn't happen overnight with a single first review. It's always an accumulation of accolades across many years and instances. It represents shared opinions in divergent publications including user feedback. So the only way to come across a truly condemnable turkey of a flounder would be for its very first reviewer. Said manufacturer wouldn't dare send it to anyone thereafter before first applying serious introspection and perhaps a design overhaul or MkII fixes. It's virtually impossible to slaughter a sacred cow with true cause. With true cause one may only slaughter unholy cows. Those are entirely unanointed yet. Their coming-out party simply ended in bloodshed. Whether that was deserved or not I leave up for debate. I'll give you that being deserving of such a first-sighting slaughter is feasible; unlikely but theoretically possible. In the end, outright butchery remains primitive like smacking baby seals over the head with a club. It has zero finesse or class. There are ways of making all the necessary points that remain respectful of another's failed efforts so professional; and there are ways which are neither. The latter really say more about the reviewer than the product.

It's why today's header ended in a question mark. It really should have read The Slaughter of Unholy Cows and other bullshit. Moo. Or should that be Boo?