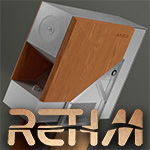 "Here I was just thinking this morning that maybe it'd be a good idea to let Srajan know of new developments at Rethm and here I get an email from you with some pretty impressive detective work. Not sure who posted those pix and how you got wind of them. They were sent only to some of my audio friends and customers. Well, I had to shut down my workshop when Covid took a slap at all of us. That's when I decided to rethink everything. I had to find a way of making my speakers simpler to build. The older line was just impossibly complicated. When I started doing this, I decided to work from the inside out so with form following function. I thought this would be an excellent point at which to put into practice everything I'd learnt over the past 20 years.

"The two areas which called for improvements in the older line was in the lower midrange/upper bass transition of 100-300Hz; and in the bass. I realized that for 20 years I'd made the mistake of trying to make the widebander labyrinth as long as possible when it actually needed to be shorter to augment the 100-300Hz area. So I did this. I also decided that all the energy from the labyrinth needs to be directed at the listener so brought its mouth to the front. That did the trick and delivered a bonus. The system became about 1.5dB more efficient and transparency, ease and dynamics all increased substantially. Needless to say we were happy; really happy. Then I remembered your comments about the bass not being as "potent" as it should be because, perhaps, it was firing down instead of forward. We tried this and you were right. We got much punchier bass when the entire bass chamber turned by 90° and the bass drivers pointed at the listener. Those are the two drivers you see below the widebanders in Maarga and Saadhana. It's still the same isobaric 4-woofer configuration so one invisible woofer behind each visible one. 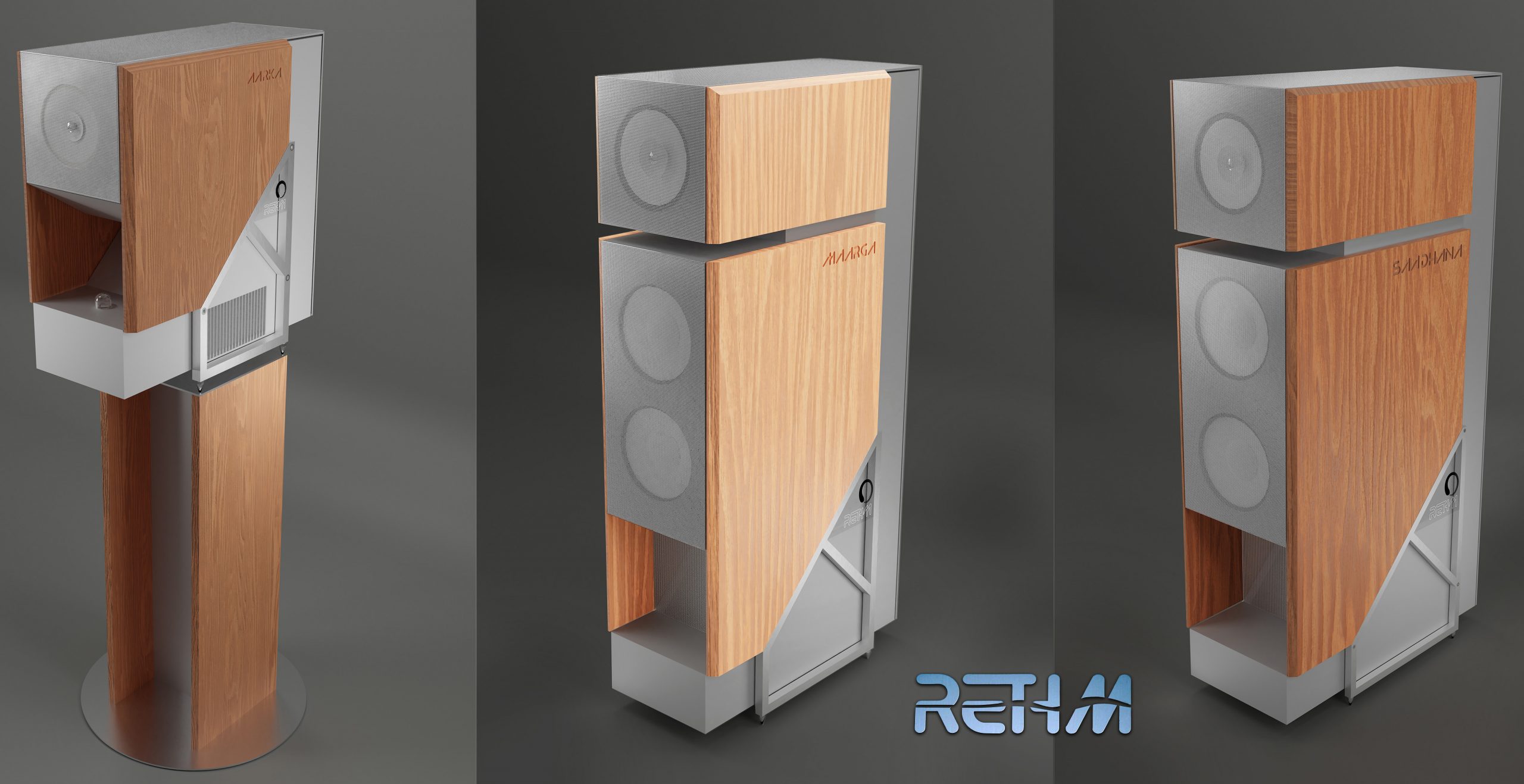 "So, fundamentally it's a completely new line of speakers except for the fact that it's conceptually the same as before and uses the same widebanders we build. And they are bloody good now if I say so myself. I'm at a point where I dare make a claim like that even to a hyper-experienced reviewer like you. Even I didn't expect such improvements when I started this experiment. It all started with my redesign of the Aarka. The redesigned Aarka was much better than what you auditioned thanks to a new labyrinth. That gave me the idea to shorten the labyrinths on the bigger models. We also redesigned Aarka's amplifier since you didn't really care for the old ones. What you heard was class A with a tube buffer. This one is class AB with a tube input stage. To get a sense of where the new amp stood, I had to ask around with my audiophile friends in Cochin. They finally located an amp that would make a good reference, the Goldmund Telos 390.5. We actually preferred ours but course that's not to say that it'll be as good as your little Bakoon masterpiece. It won't be.

"And that's the story. Once we got the sound right, it was a question of getting the aesthetics right, in enclosures that would be easier to build. This ended up with our first major cosmetics departure in 20 years." Looking at the previous lineup, that was nothing but fact. Would Bhaava and Trishna still follow suit? 2021 should tell soon enough. If you want a reminder of Rethm's performance beyond our own archives, may I suggest this award-winning SoundStage! Ultra review on Maarga?