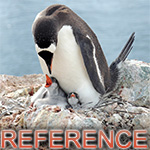 Today's title sounds – well, loaded. That's because the implication is often some kind of absolute; including expense. To my mind, a reference system is simply that which a writer is familiar with; what he/she refers to. It's that very action which makes it a reference. No comparisons, no referring to, no reference. References don't exist in a vacuum. Period. Also, a master musician still makes magic with a middling instrument. An amateur sounds like a beginner even when kitted out with a maestro's tool. I fully appreciate that "compared to my reference component" could be wielded with other intentions. Personally I just don't ever read more into it than a piece of kit which the writers owns to be his/her familiar yardstick. Where you read us, neither should you. The basic fact is, if you want to measure anything—in essence, that's what comparisons are—you need a measuring device aka comparator. That utility doesn't magically transform your tape measure into an elitist end-of-the-road thing. It's just a tape measure which you use for work. What must you measure to listen for pleasure? Nothing. Now all notions of references vanish.

Clearly your tape measure needn't be the world's best; whatever that would even be. If the kit under review smokes our reference—I prefer 'resident' instead—it's just as meaningful a comparator as the other way 'round; and in many ways far greater fun. So should you find me or one of my contributors use the words 'reference component' or 'reference system', don't read more into it. It's obvious that whatever we own represents what we could afford, knew about and enjoy at this moment. In that sense we definitely think it good (enough?), perhaps even grand or stonking stupendous. It simply doesn't imply that you'd think likewise if you actually heard it. In that sense a reviewer's reference system is far from any unassailable absolute. Believing or implying otherwise is a bit poncy or deluded. It's why I picked Penguin Mama as this feature's mascot.

Of course she thinks her kids are the cutest and brightest. All parents do. It's proceeding from there to any absolutes that's pretentious noise. Cue junior at left. He still thinks he's the center of the world. Keeping its mouth shut, the right one is already far more appropriate in this context; and less annoying if no less cute for it.

Hey, it's April 1st today. You didn't expect more than penguins, did you? Next month we could host some pelicans perhaps…