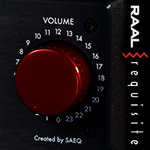 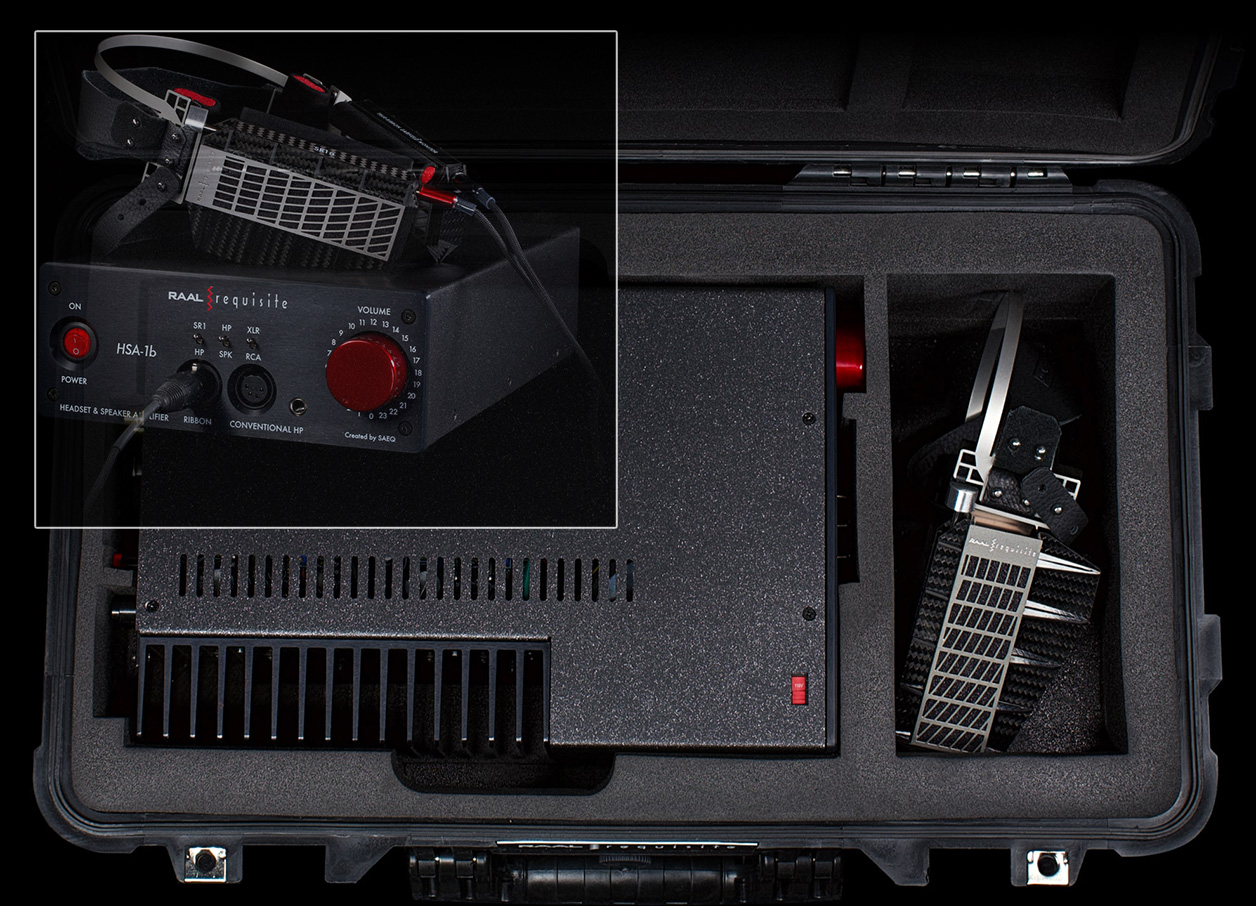 The wholly Raal? If you've not hibernated for a few seasons—in which case, good morning to ya—you already know. Serbia's Aleksandar Radisavljevic of Raal Ribbon fame shocked the flagship headphone space a few years ago with the release of the world's first true ribbon earspeakers. Sucking up to 7 amperes into a most unreasonable 0.4Ω, his original solution for them was an impedance converter box. This small box got strapped onto a speaker amp of at least 100 watts. The ribbons played jack in the box. Voilà, the latter's network of series/parallel resistors transformed the impedance our amp saw to a standard and fixed value. Simultaneously it burnt up most the amplified signal voltage as heat. After all, these ear speakers don't need fistfuls of watts but buckets of current. Mission accomplished. Safe high current delivery into a virtual short whilst the owner could pick from a vast array of suitable speaker amps. Case closed?

Schiit Audio of CaliTex subsequently felt challenged by the whole concept. They rolled their own amp with a look at exploiting the lessons learnt during that project in more future products. After all, extreme low-impedance drive is applicable well beyond headphones. Hello Jotunheim R. It's a head amp with optional USB DAC that's dedicated to just the specific needs of the floating open-baffle ribbons. You can't use it for anything else; but it only costs $799. That's a mere fraction of the various speaker amps I tried up to $6'000. So I bought a JR within days of its release. Case closed, keys thrown away?

Not. It was just a matter of time until Alex—and his headfi partner Danny of Requisite Audio—would have their own debonair ribbonator amp. Unlike Schiit's, theirs also drives speakers, conventional headphones and inefficient HifiMan Susvara types. Their ilk use the included 'inverter' plug. That turns the ribbon's male XLR4 into the necessary female XLR4. Now power-thirsty dynamics see 1.9wpc into 32Ω. 300Ω types still get 1/5th of a watt. The standard XLR4/6.3mm ports deliver ¼ watt into 32Ω and 1/10th into 300Ω. For even more flexibility, the internal dip-switch array of the next photo insert offers -10dB, -6dB and 0dB gain options. That's before we mention 10wpc/8Ω speaker drive via banana plugs. That doubles down to 20wpc into 4Ω then 40wpc into 2Ω and still manages 55 into 1. Seeing how the ribbons will draw up to 7A into less than half this impedance, extreme imperturbability and freaky control into gnarly speakers shouldn't surprise. That behavior is the entire raison d'être for this machine. 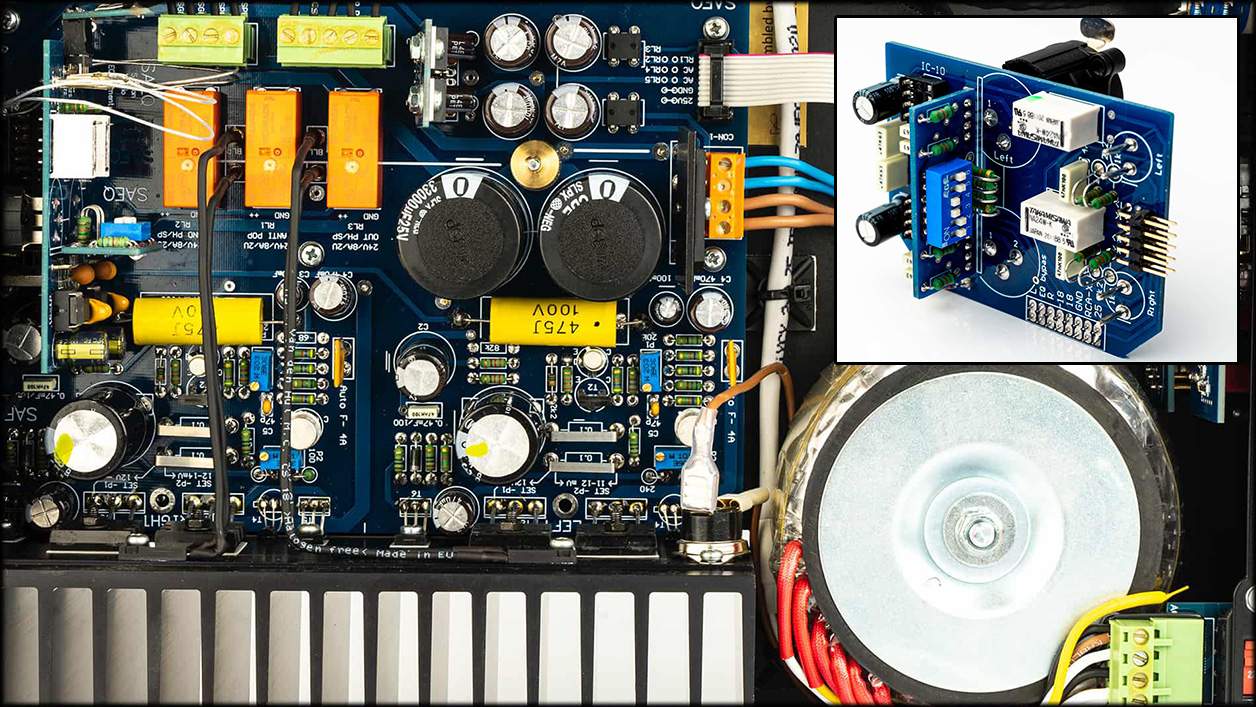 Inside the HSA-1b—there was an earlier 'a' version—we get a pair of bipolar output transistors per channel for classic class AB push/pull. Should you wonder what Alex knows about amplifier design… he knows someone who does. Enter Dragan Domanovich of Serbian Audio Equipment with whom he goes back two decades. It explains the 'created by SAEQ' below the 24-step discrete resistor attenuator. Alex had always wanted his own ribbon amp. He just had to wait on Dragan to finesse the necessary adjustments to his favored gain topology. With red and black the cosmetic leit motif of Raal-Requisite, the HSA-1b follows the some palette. Because he can, Dragan's company even builds the amp for Raal-Requisite. Inputs on the backside are on RCA and XLR selected via the rightmost frontal toggle.

After Herb Reichert's review comments on how well the Schiit stacks up to the Serb; and the latter costing six times more; plus already owning plenty of amps for speakers and headfi including our power-monger Susvara… I'm not compelled to shell out $4'500 for an HSA-1b. If I needed a drive-all headamp that had to double-dip into low-dipping speakers… now this would be the only one which includes SR1a drive to really do everything. It's a holy grail of sorts that's also wholly Raal.

Not a shabby CV at all.