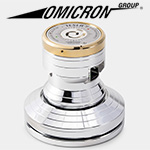 Ah, okay. Phew. But what is it? The company calls it a cable stabilizer. Before we get ourselves into a twist over opulent gold and chrome plating of Delrin and shudder at imagining the cost of such finishing and how many of these we'd need for a system—at minimum one per channel—there's that name. Tesla. It hints at more than just mechanical elevation and mass damping. Hello "quantum electrodynamics technology" to quote. While there are 2 x 3 ball bearings for two-stage shimmying decoupling, the decisive difference with other such solutions like Hifistay's is magnetism. When a cable passes through Omicron's Tesla clamp, it is being exposed to its magnetic field whose exposure strength is apparently variable. The idea of "magnetic conduction" isn't new and also proposed by Rick Schultz of High Fidelity Cables. The difference is that the latter builds his magnetics into his cable connectors and power delivery products whilst Mauro Mauri of Omicron appears to add them after the fact, thus to any cable of our choice. For an older Rick Schultz presentation on his magnetic conduction, there's the following video.

How exactly Omicron's Tesla applies its magnetic field isn't explained in their published materials but the magnets seem to be housed inside the top clamp. The company does invite questions on their website. 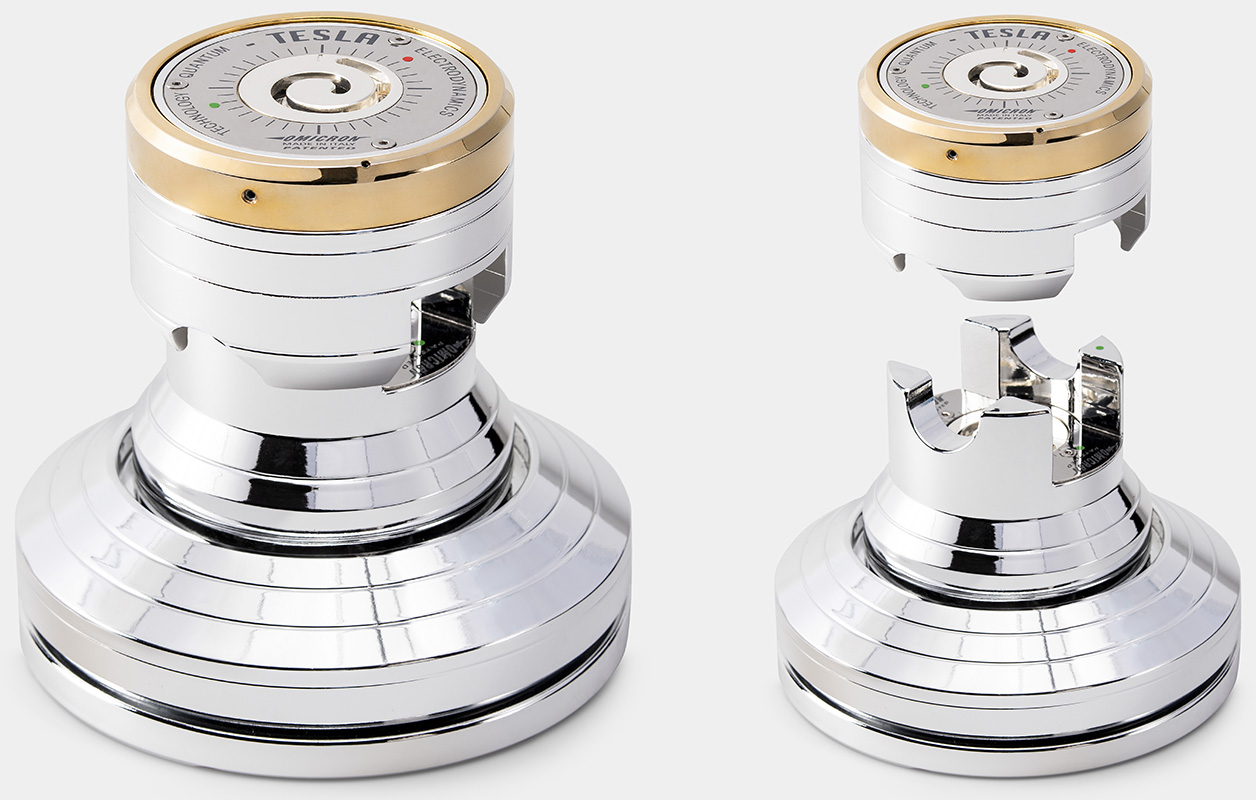 Should you feel so inclined, ask them how this device works, exactly. If you're inspired to acquire some Tesla cable lifts to experience their effect first hand, let us know what you thought. For those of us who believed there was nothing new under the hifi sun, this could provide some entertainment perhaps even edification? Or do we prefer cynicism to call this overkill hifi bling for Hong Kong and the Emirates? Either way, these aren't inverted Starbucks cups repurposed as cable lifts nor even Furutech NCF towers.

Just when you thought extremist hifi couldn't get any more outrageous, an Italian firm proves us all wrong!